Both goals came in the second half, with Matthew Fitzpatrick giving the Lurgan Blues the lead when he scored against his former club on 52 minutes, while Stephen Lowry’s deflected effort on 76 minutes ensured the Bannsiders left Lurgan with a point.

Matthew Shevlin was first to threaten for the visitors when he was played through by strike partner Curtis Allen on seven minutes, but his shot flashed wide of Craig Hyland’s right-hand post.

Glenavon had a great chance to go ahead three minutes later when Danny Purkis flicked the ball on with his head following Hyland’s long kick. Peter Campbell ran onto the ball, but the winger fired his left-foot shot straight at Gareth Deane in the Coleraine goal.

Campbell was involved again in the 13th minute when he played a pass out to the right for McCloskey, who struck a low first-time shot with his right foot which Josh Carson did well to block, and Glenavon’s number 10 had another effort himself on 16 minutes, but his half-volley from 25 yards went well over the crossbar.

Hyland had an impressive game for Glenavon in goal, and he produced a good stop on 22 minutes to keep out Carson’s low shot.

Aaron Canning met an in-swinging Ben Doherty corner in the 37th minute, but the Coleraine defender could only glance his header wide of the far post.

Glenavon very nearly grabbed the lead in first-half stoppage time, only for Jamie Glackin to head the ball off his own goal-line following a Campbell corner.

Fitzpatrick put Glenavon ahead seven minutes after the interval. McCloskey delivered a cross from deep on the right which found Purkis. The striker didn’t make the right connection with his header, and it was going wide of the far post until Campbell got a boot to it and diverted it back across goal, where Fitzpatrick was on hand to side-foot the ball into the roof of the net.

Coleraine squandered a glorious chance to draw level in the 65th minute when Jamie Glackin headed wide from close range after he’d been picked out by Curtis Allen with a cross from the right.

Five minutes later at the other end Purkis cut in from the left and fired a shot on target, but Deane made a comfortable save.

Coleraine’s equalising goal arrived on 76 minutes. It’s fair to say the Bannsiders deserved to draw level on the balance of play, but there was a massive slice of luck involved in their equaliser. When Campbell headed the ball away from the Glenavon penalty area it fell to Lowry and the midfielder took a touch before striking a right-foot shot from 25 yards which took a wicked deflection off Glenavon defender Sean Ward and flew past Hyland and into the net.

Hyland made two important saves to thwart Coleraine substitutes in the final few minutes and ensure Glenavon didn’t end the game empty handed. First, in the 82nd minute, James McLaughlin was played through by Lyndon Kane, but Hyland got enough on the striker’s shot to divert it behind for a corner. Then the Glenavon goalkeeper produced a super save on 88 minutes when he tipped Ian Parkhill’s header over the bar.

The Lurgan Blues have another tough game on Saturday as they welcome Larne to Mourneview Park. Kick-off is at 3pm. 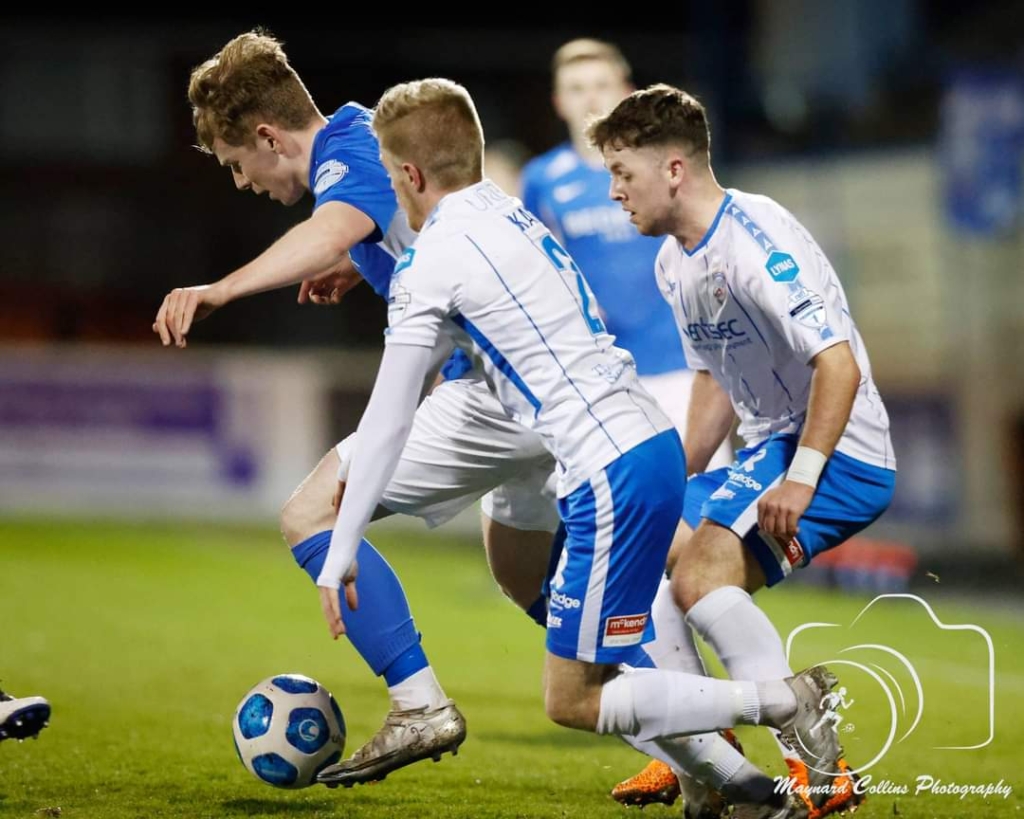 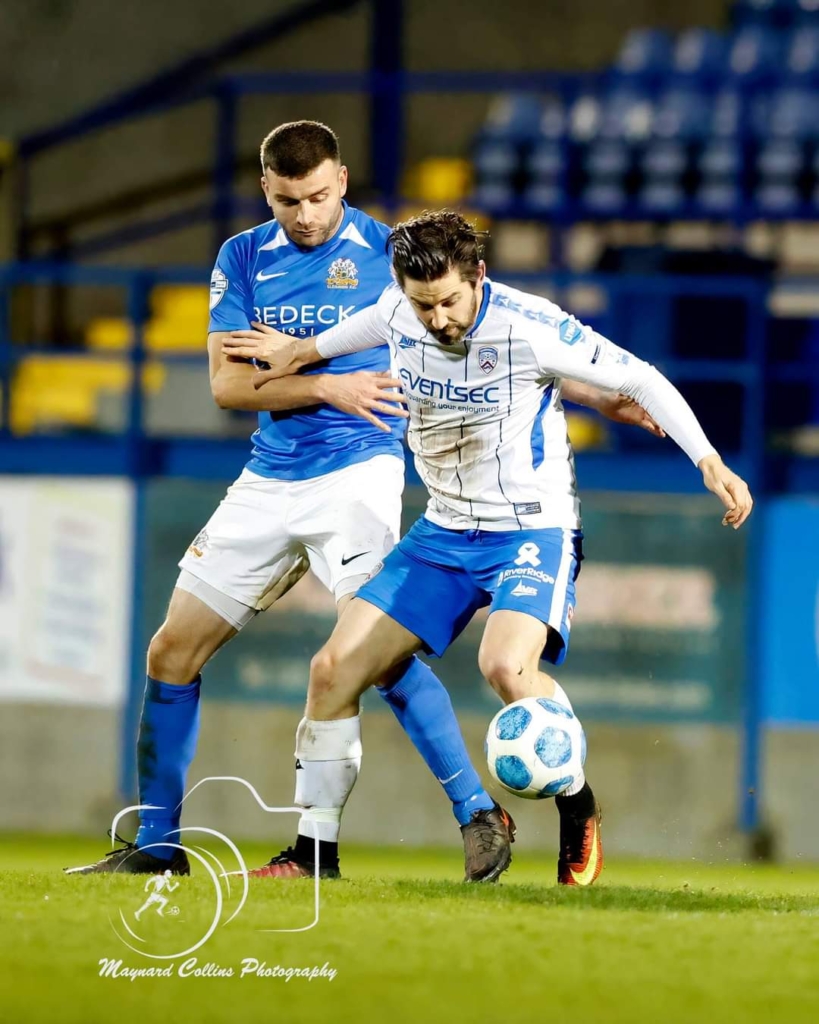 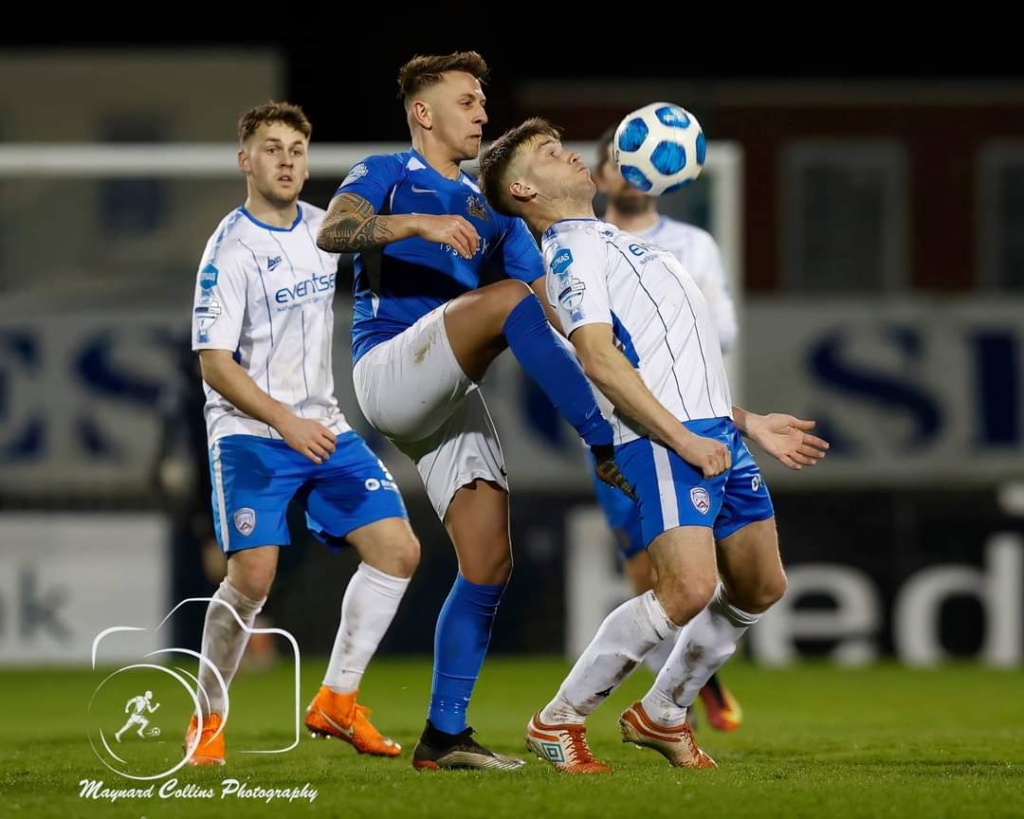 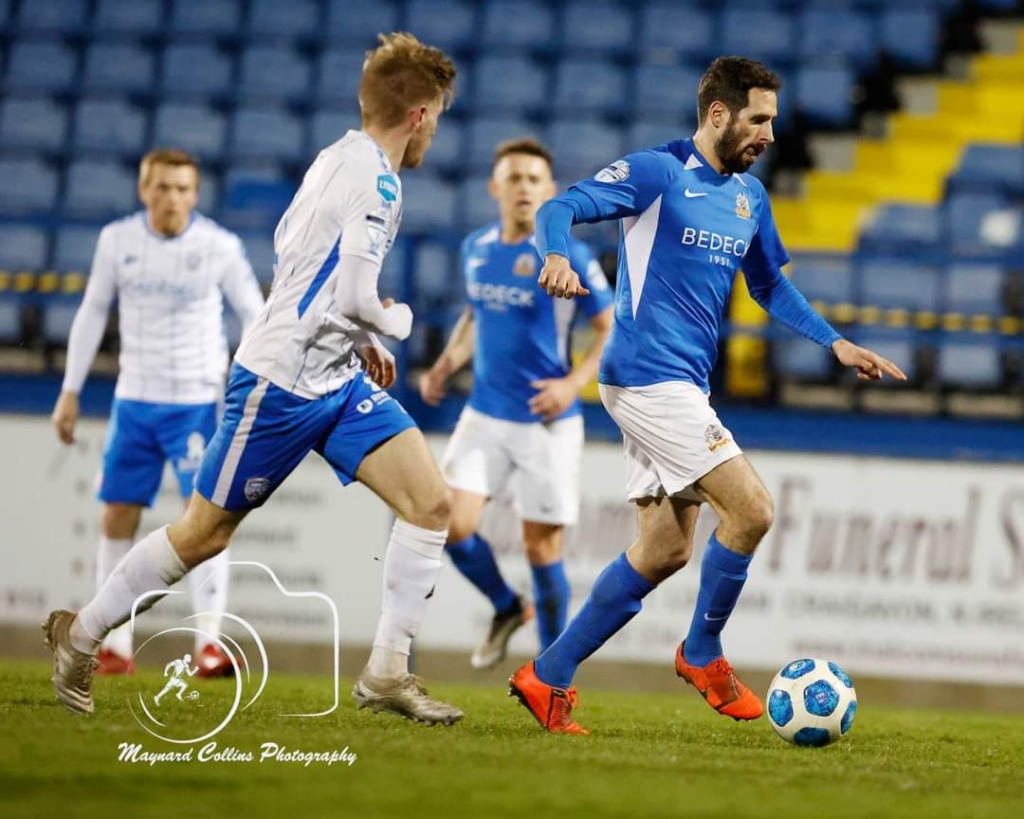 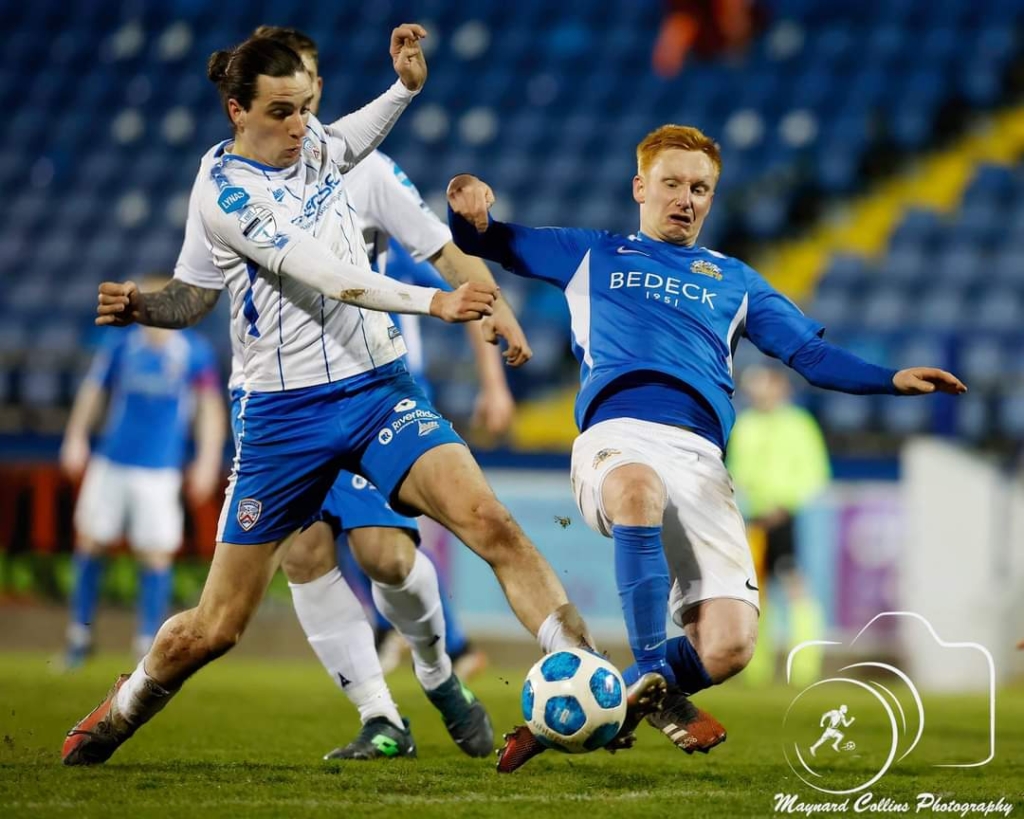 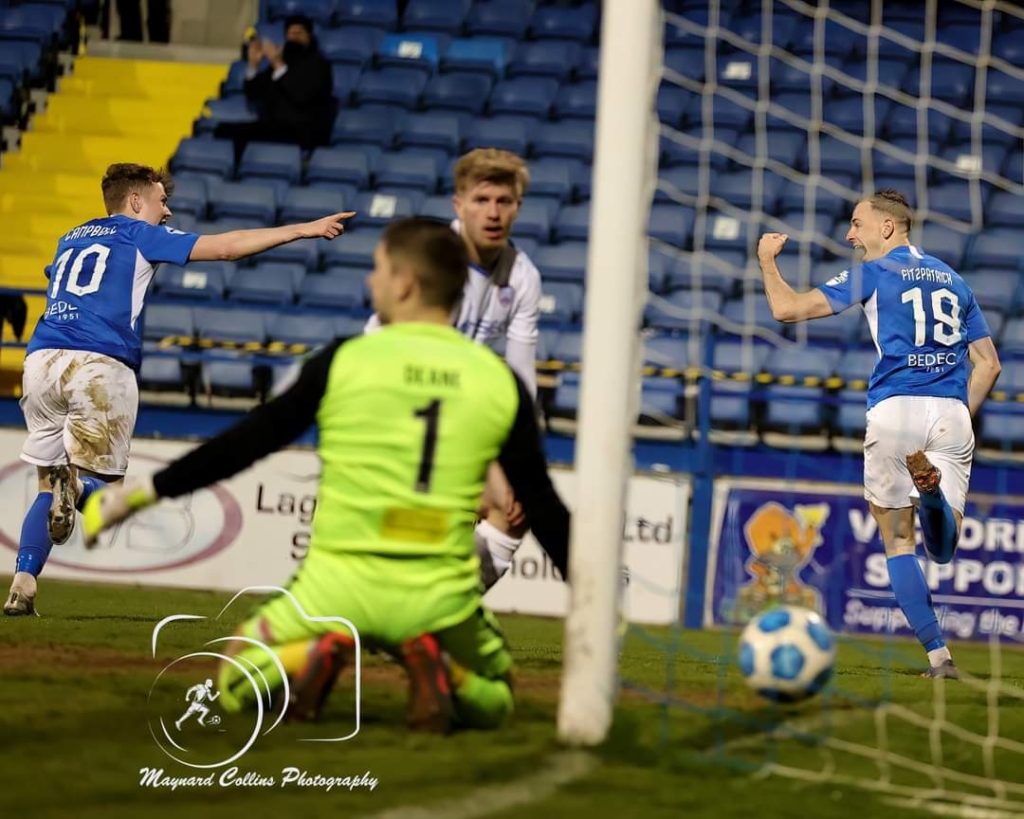 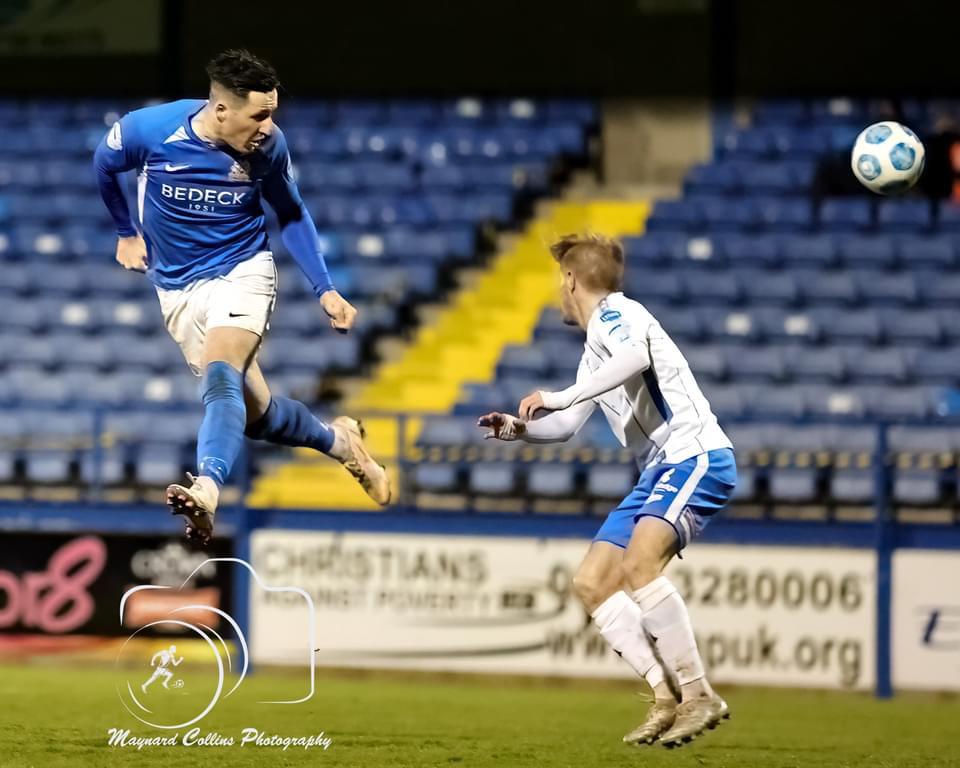