Glenavon scored twice in the space of three second-half minutes to complete a dramatic 2-1 comeback victory over Glentoran at Mourneview Park on Tuesday night.

Ruaidhri Donnelly put the Glens in front midway through the first half when he converted from Conor McMenamin’s low cross, although it did appear that McMenamin had handled the ball in the build-up to the goal.

Glentoran were fairly comfortable at 1-0 until the 70th minute when Robert Garrett drew Glenavon level with a screamer of a shot from 25 yards out.

The comeback was complete three minutes later when substitute Matthew Fitzpatrick smashed home what proved to be the winner from inside the six-yard box.

The Glens threatened as early as the fourth minute, when captain Marcus Kane flashed a ball across goal from the left. Jay Donnelly managed to get a touch on the cross, but he failed to direct the ball goalward.

Some good build-up play from Glenavon down the right on 18 minutes saw a low cross find the feet of Daniel Purkis. The striker then laid the ball back for Michael O’Connor to have an effort on goal. The midfielder’s low shot was straight at Rory Brown, and the Glentoran goalkeeper made a simple save.

Glentoran got their noses in front six minutes later, but it wasn’t without controversy. Luke McCullough played a diagonal ball out to the left flank and Glenavon’s Calvin Douglas attempted to head it out. Instead, Douglas’ header struck the arm of McMenamin. Referee Andrew Davey failed to blow his whistle, however, allowing play to continue as McMenamin sent a low cross into the box. Sean Ward failed to clear that initial cross before allowing McMenamin to regather the ball and make his way into the six-yard box. McMenamin then slid a ball across for Ruaidhri Donnelly, who had the simple task of tapping in to open the scoring for the away side.

Glentoran substitute Ciaran O’Connor went down in the box on 39 minutes and there were strong claims for a penalty from the Glens bench, but referee Andrew Davey was unmoved.

O’Connor very nearly doubled Glentoran’s lead 10 minutes into the second half when his right-foot shot from 20 yards went narrowly over Craig Hyland’s crossbar.

The visitors went even closer to grabbing a second goal on the hour mark when Jay Donnelly’s curling effort from just outside the box rattled the Glenavon crossbar.

Again O’Connor threatened for Glentoran when his shot was heading on target on 63 minutes only for Glenavon centre-half Andrew Doyle to clear with his head.

Jay Donnelly did well to get past Doyle in the 68th minute before flashing a low shot wide of the far post with his left foot.

In truth, Glentoran had been comfortable sitting on a one-goal lead right up until the 70th minute when Garrett hauled Glenavon level with a stunning goal. Ward played a ball down the line on the left for Peter Campbell. The winger advanced infield, evading Caolan Marron and Ruaidhri Donnelly, before squaring the ball to Garrett. The midfielder shot first time with his right foot from 25 yards and sent an unstoppable shot inside the left-hand post, giving Brown no chance in the Glentoran goal.

Just three minutes later Glenavon had turned the game on its head. Conor McCloskey sent a cross into the box from the right and substitutes Gareth McCaffrey and Fitzpatrick combined, as the former cushioned the ball into the path of the latter, with Fitzpatrick slamming home from inside the six-yard box to give Glenavon a 2-1 lead.

The quick-fire turnaround stunned Glentoran, and the East Belfast side didn’t really look like getting back into the game in the last quarter, although their best chance of an equaliser probably fell to Jay Donnelly, but he blazed over the bar from inside the penalty area.

The teams will do it all over again on Saturday (20th March), when Glenavon travel to the Oval. Kick-off will be at 3pm. 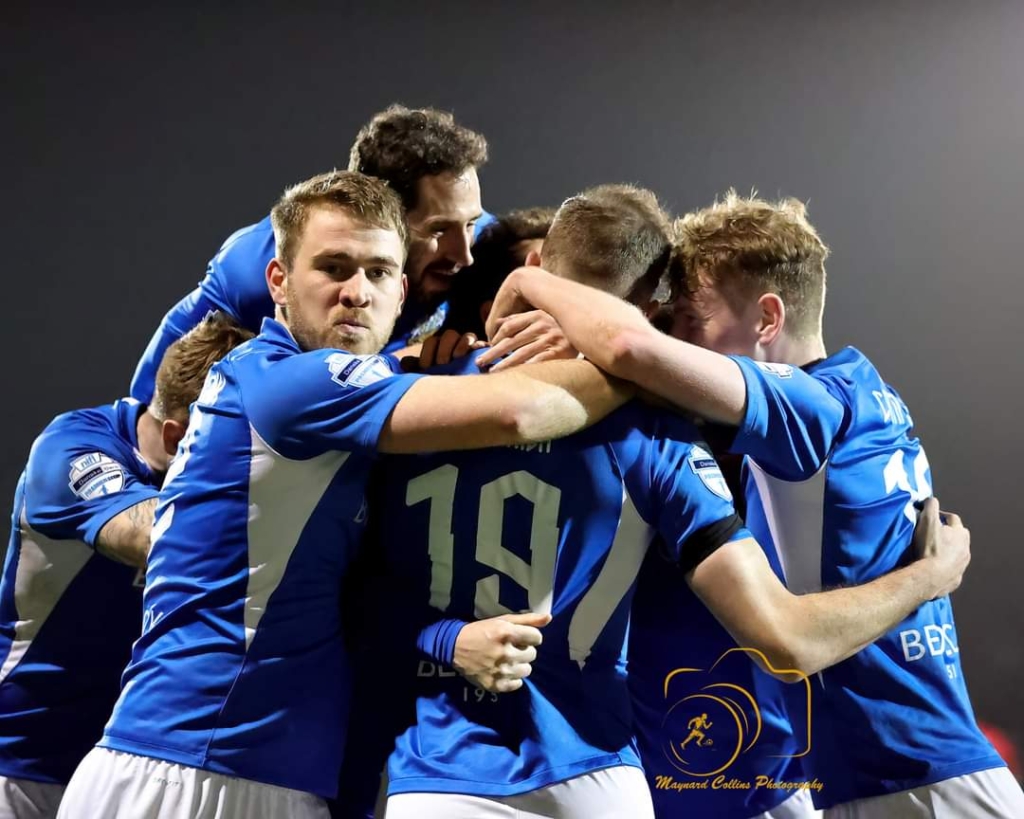 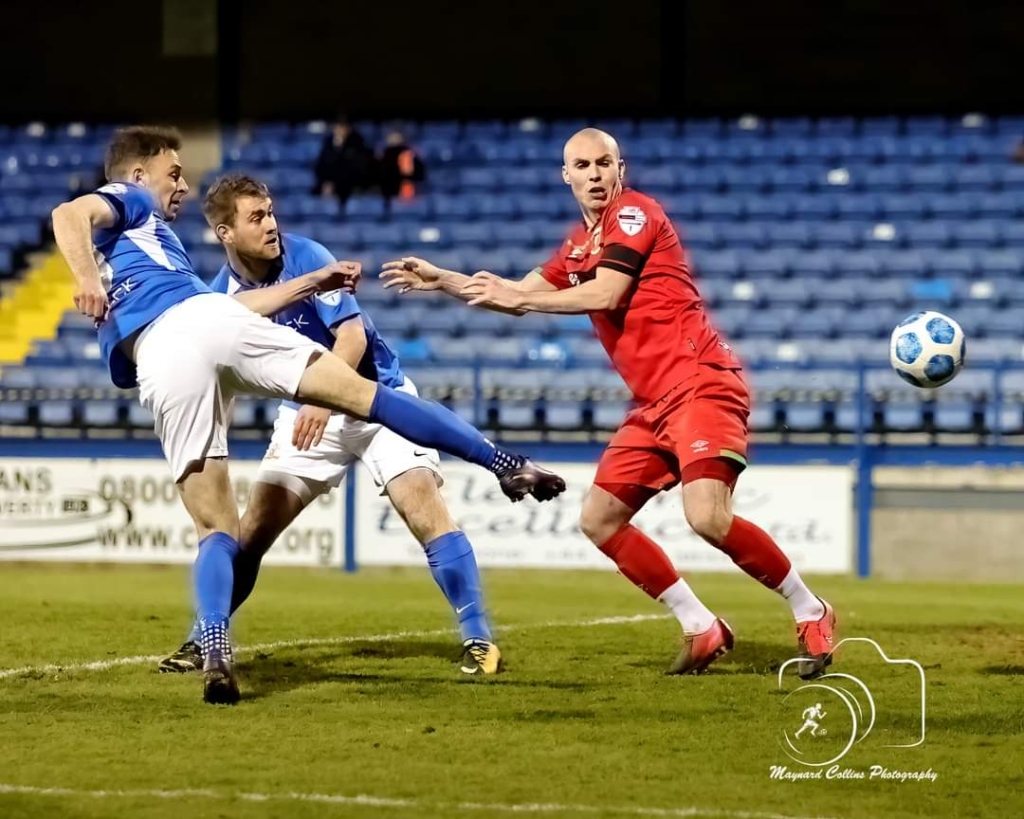 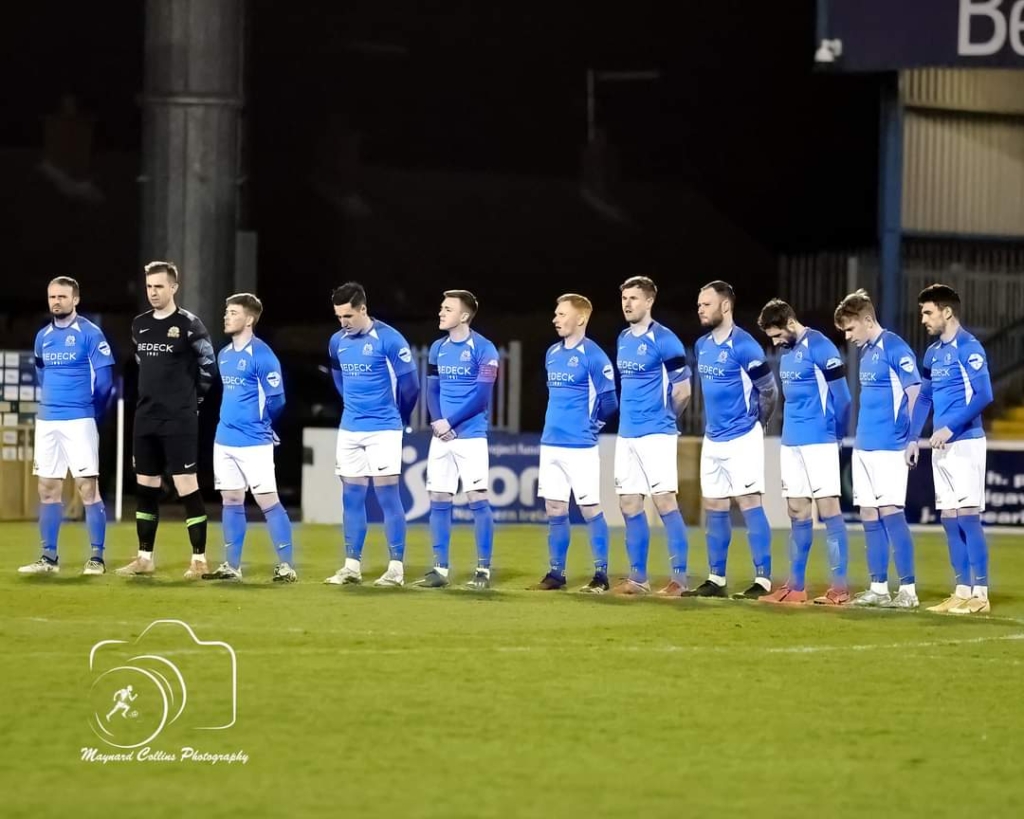 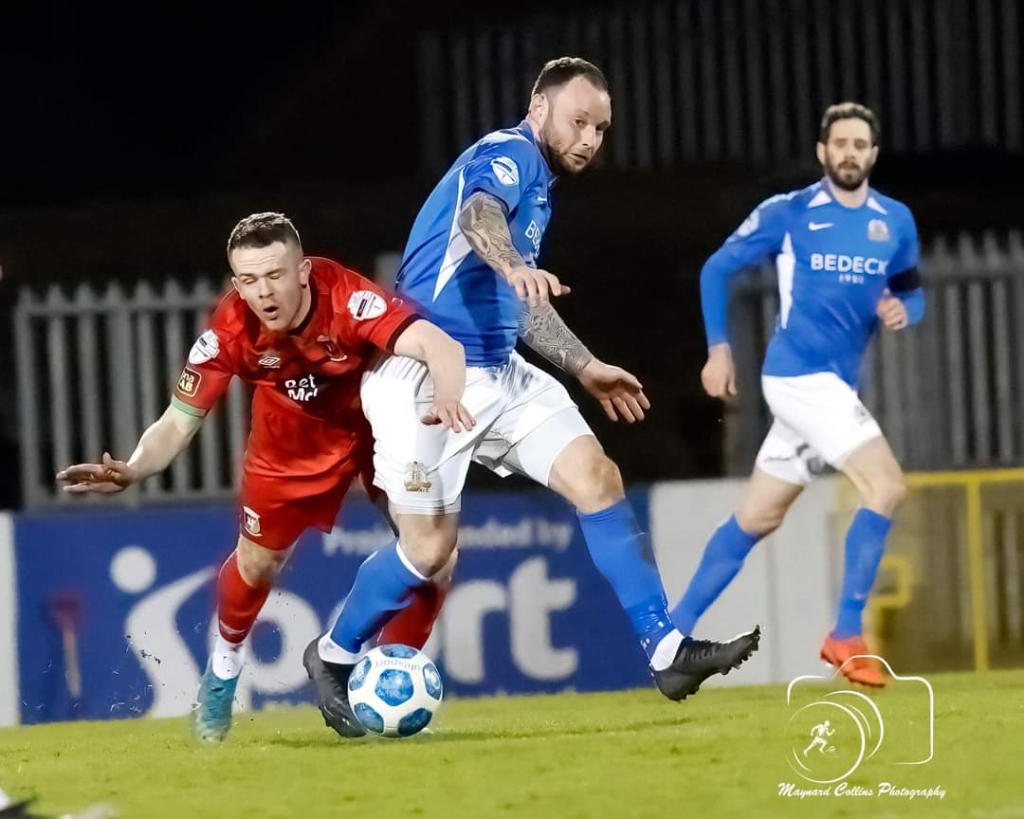 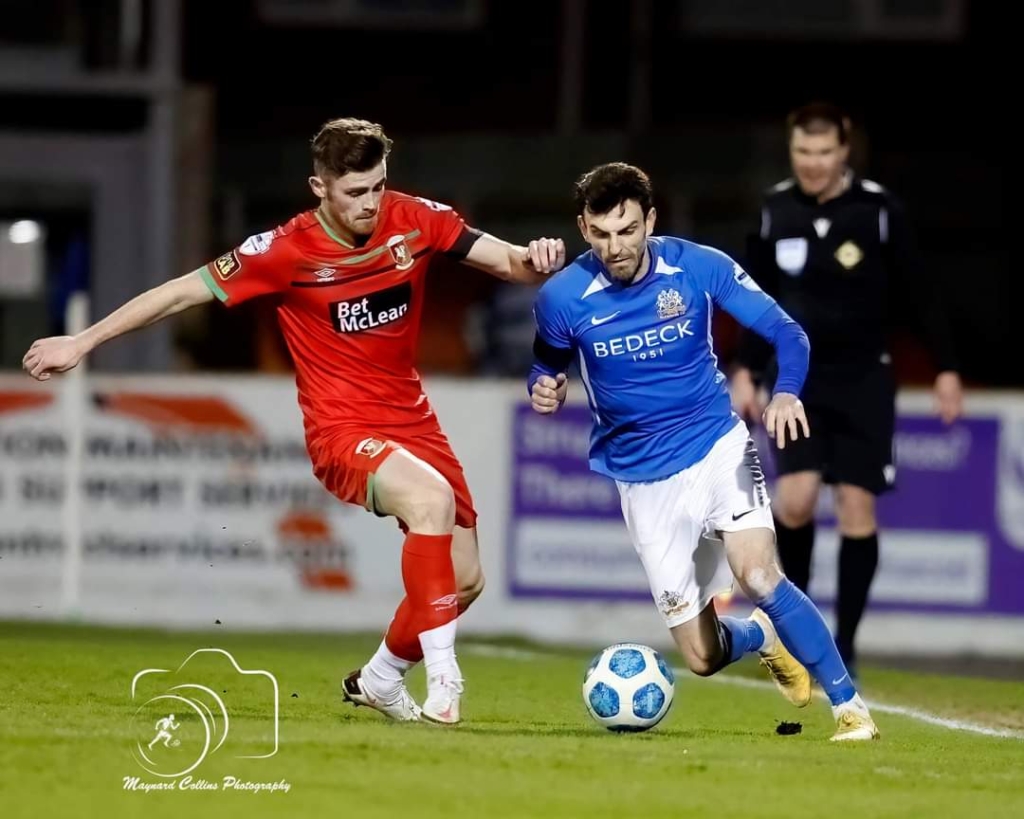 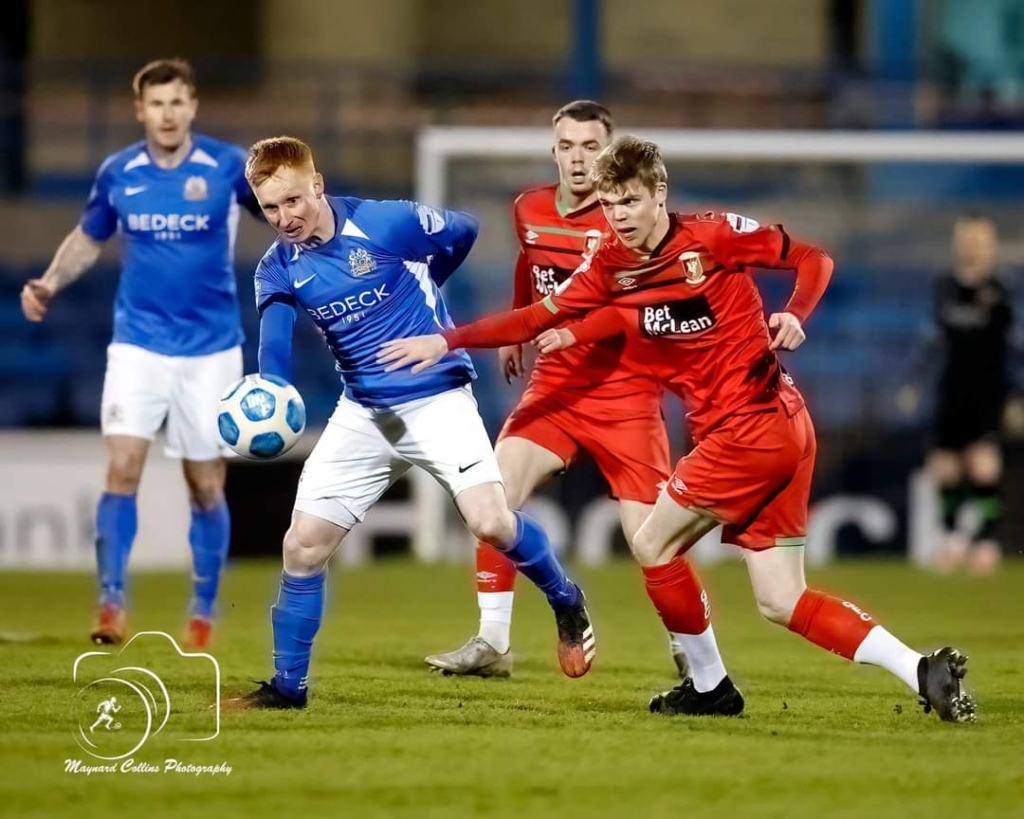 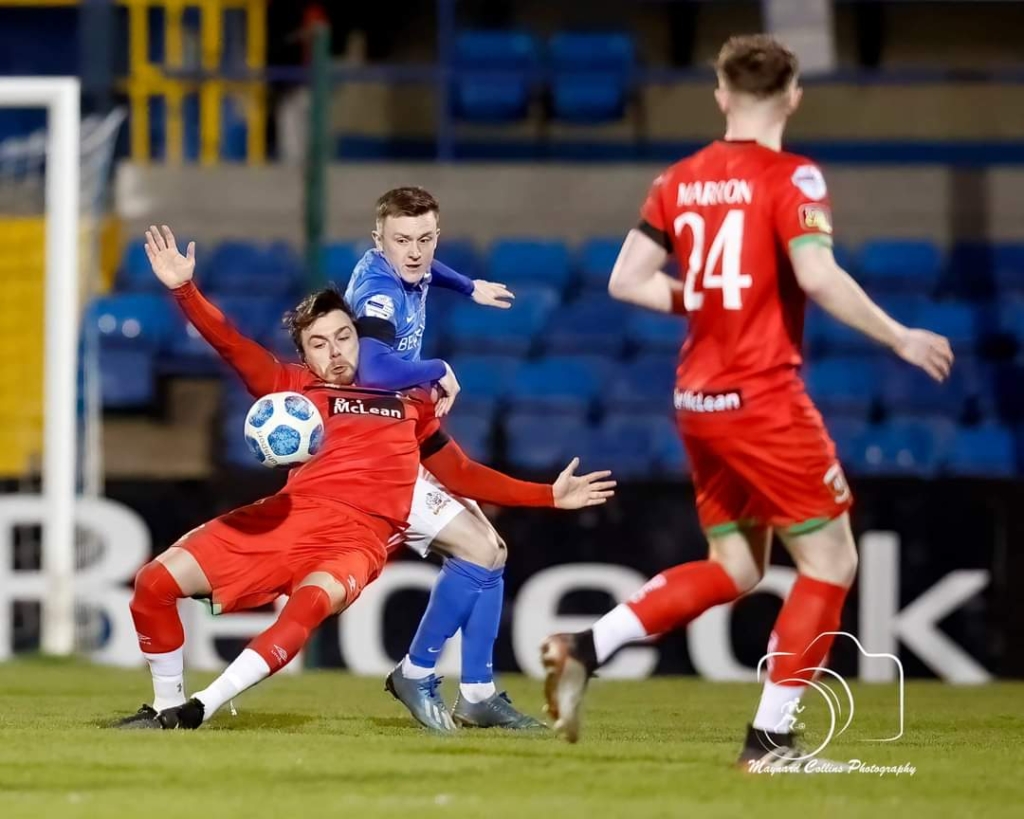