Danske Bank and the NI Football League are calling for nominations for this season’s Danske Bank Premiership club SuperFans! 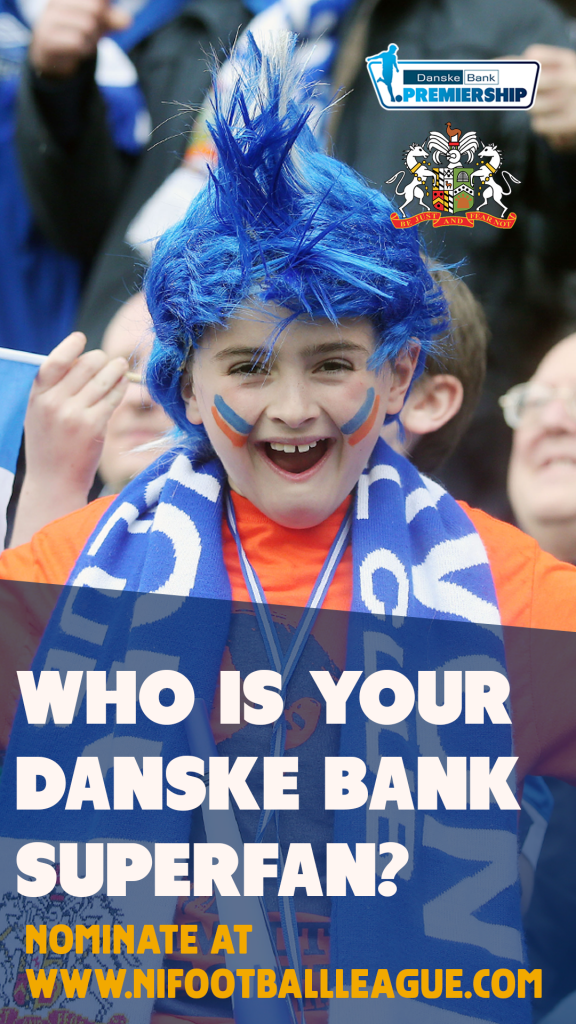 Whilst football is currently suspended due to the Covid-19 pandemic we have the opportunity to reflect and reaffirm the importance of our clubs to their communities and supporters.

As we witness many charitable and good will causes being led by clubs, their boards, players and volunteers the NI Football League, in partnership with Danske Bank, want to recognise the lifeblood of our clubs – the supporters.

We want you to nominate a Danske Bank Premiership SuperFan and give them a chance to be acknowledged for their passion and commitment to their club, plus win a season ticket for the 2020/21 campaign.

Andrew Johnston, NI Football League Managing Director said: “Everyone loves the competitive nature of our league and the rivalry it offers but our clubs are also a reflection of our communities, the people they represent and the friendships they forge.

“It is these people, the fans, that make the Danske Bank Premiership so special and we are delighted to acknowledge our clubs most loyal supporters for the third year through the Danske Bank SuperFan Awards.”

“At Danske Bank our engagement with the local community is an important aspect of who we are and we are delighted to be part of a sport that brings so many fans together with great passion.”

Nominees could be the loudest voice on the stands, the person who sticks by the club through thick and thin or maybe they work behind the scenes to make the club so very special.

To nominate your club SuperFan visit here – All we need to know is who you’re nominating, their club and why you think they deserve to be the next club SuperFan.

Nominations close at midnight on the 30 April 2020.