A solitary strike from Mark Randall after 14 minutes was enough for Larne to take all three points but Glenavon were unlucky not to take something from the game. An outstanding performance from Conor McCloskey who struck the bar with a thunderous free kick and had wonderful dipping effort ruled out for offside.

Young striker Jordan Jenkins was carried off on a stretcher after a collision in the Larne box in stoppage time. He landed heavily and two players then landed on top of him and he sustained a muscular injury to his shoulder or neck area. Glenavon medical staff are hopeful that the injury is not too serious but the young striker was in a lot of pain after the incident. We send Jordan our best wishes for a speedy recovery. 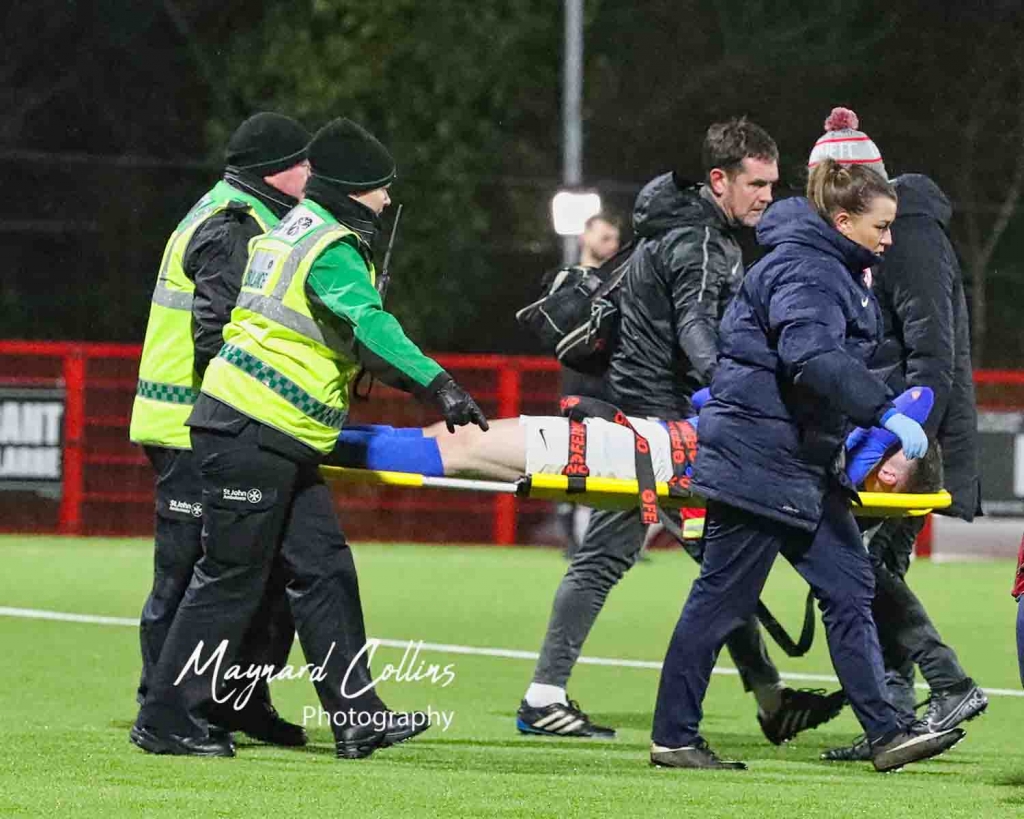