Tomorrow’s late kick-off game with Larne will be Glenavon’s second visit to the re-vamped Inver Park this season. On the last occasion the home side triumphed 6-0 and Tiarnan Lynch’s side also won the return game at Mourneview Park so Gary Hamilton will be hoping for a better outcome in the final game between the sides this season. 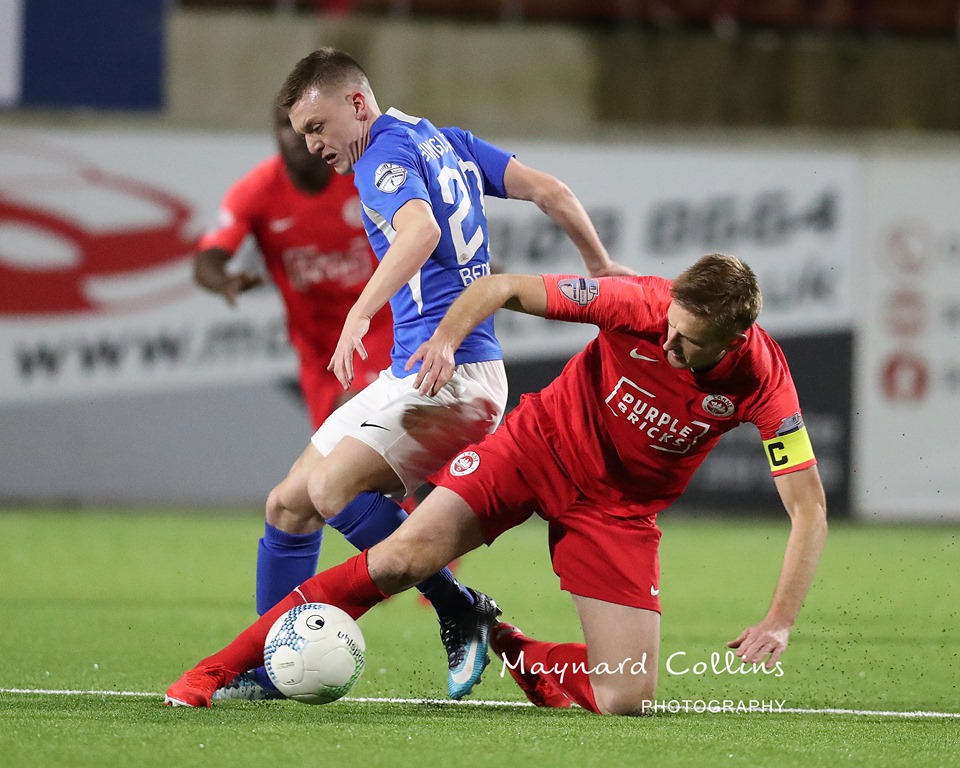 Glenavon narrowly lost to second-placed Coleraine in Tuesday night’s re-arranged fixture, the defeat coming after an encouraging win against Crusaders and a battling draw with Glentoran. Looking back to the game at Coleraine, Gary Hamilton told us “(Stewart) Nixon is probably one of the quickest in the league and they hit us on the counter a few times through the middle. He got in a couple of times, scored one himself and set the other one up. It was poor defending on our behalf but it is very hard to deal with that pace and they used the ball quickly and  didn’t let us get back in to our positions and that’s good play and the way they play. The second goal, we lose the ball on the edge of their box and one pass over the top and Nixon’s pace is hard to defend against. We have to learn from that and be more careful on the ball in their half and not lose it as easily and give them an opportunity to counter quickly with one pass.

“It’s going to be another difficult game against Larne tomorrow evening. When we went down there earlier this season it was a disaster, to be totally honest. The last time we went to Linfield we wanted to learn from it (the previous defeat) and we didn’t. It’s vital tomorrow evening that we do learn from it and don’t do what happened at Linfield again, we keep our discipline, we defend better, we keep our shape better and we don’t go a goal behind after ten or fifteen minutes which happened in the Larne game as well. We need to stay in the game and we need to make our chances count if they come along. When the ball goes up front we need it to stick and buy time for people to get up to support us.”

Colin Coates is going to miss out tomorrow after he picked up a slight concussion in a collision with Calum Birney on Tuesday night. Josh Daniels missed the Coleraine defeat with a bad chest infection and he is doubtful for tomorrow. Sammy Clingan is hoping to have recovered from an Achilles injury in time for next Saturday’s home game with Carrick Rangers.