Glenavon midfielder Robbie Norton will be joining Warrenpoint Town on loan until the end of the season with the option of being recalled in January if required.

Gary Hamilton explained that he agreed the move for Robbie’s progression. “Ultimately it’s for the benefit of Robbie and Glenavon in the longer term,” the Glenavon boss explained “We need him to be playing games and at the moment we’ve got Sammy Clingan, Mark Sykes, Niall Grace and Aaron Harmon who all have experience of playing in the league before. Robbie’s a young lad who needs to go out and play 15-20 games in a row and learn the game and progress and become an even better player.

“From a selfish point of view I’d obviously like to keep him but, if I’m doing right by the lad and by the club it’s better for him to spend four months playing football. As I see it we’re going to reap the benefits from that as we did with Bobbie Burns.” 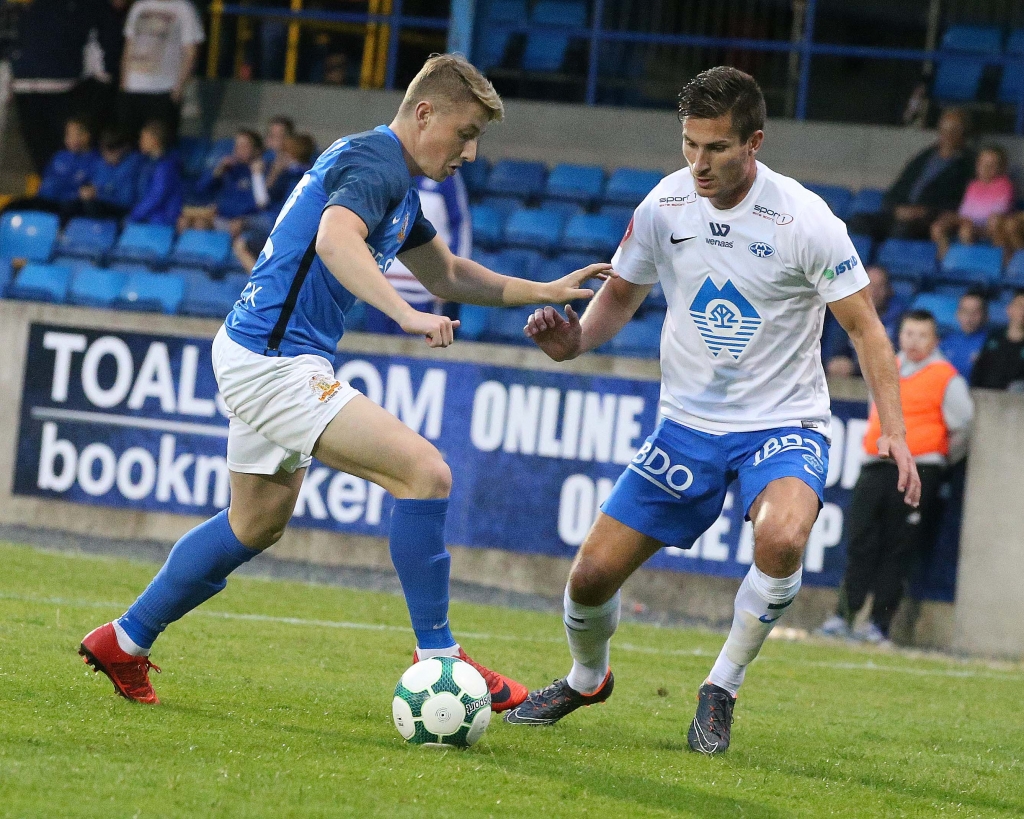 “In the Club we have to think in the longer term and with Sammy being the age he is and Sykesy could move on at some stage, you don’t want to be in a situation where you’re relying on a young player who hasn’t played as many games as he should have. This is the thinking behind it.

“We saw the benefit (a loan move had) for Bobby Burns; he came back and was an ever-present in our team. Robbie’s the same; he’s somebody I have high hopes for and I genuinely do believe when he comes back from his spell at Warrenpoint, whether it be in January or at the end of the season, he’s going to become a midfielder who will play a massive part in Glenavon’s future for the next three to four years minimum.”