Glenavon can confirm the departure of two players from the club.

Josh Doyle exits the club to return to his home club Bluebell United, while Conor Scannell makes the jump to Championship side Ards.

Speaking to the Glenavon website, Gary Hamilton confirmed their departure this evening.

“It was tough for Josh because of the travelling,” Gary explained.

“He was getting up at 5:30am to go to work and then wasn’t getting home from Glenavon training until 11pm that night, so it became tough for him as he wasn’t playing regularly.

“I’d like to thank Josh for everything he has done and wish him all the best. He’s a great kid with a great attitude.

“It’s a pity he wasn’t a bit more local as he’s someone who we thought has potential – he’s been improving year in, year out. But you have to understand that he lives in Dublin and he was travelling on his own as well.”

Gary continued, “We also received a transfer requester this morning from Conor Scannell to go to Ards as an amateur.

“There’s not much you can do when a player is amateur. We offered him a pro contract back when we offered Isaac one, but Conor has ambitions to go to England and go on trials, so he didn’t want to tie himself down to a pro contract.

“He needs to be playing regularly because he’s also looking to make the Northern Ireland U19 squad and he thinks at Ards he’s going to get more football to keep him in shape for the upcoming tournaments.

“We’d like to wish Conor all the best. He came in from Cliftonville and did well. He’s another young player with potential and was given game time with us, but sometimes the unfortunate thing is that young players get agents and those agents have other plans for them.

“It’s another miss for us, but there’s nothing we can do because the player and his agent are harbouring ambitions to get to England and that’s understandable. That’s what all young kids want.”

Glenavon wish both players all the best for their future careers. 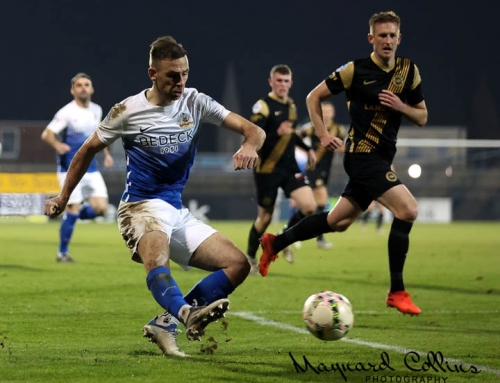