Glenavon supporters will have the opportunity to pay homage to Gary Hamilton this Saturday.

Gary has picked this weekend’s friendly fixture against Dergview (2pm kick-off) as his testimonial game.

He has been marking 10 years in charge of the Lurgan Blues, having taken over in December 2011.

Since then Gary has led Glenavon to two Irish Cup victories and to European football on four occasions, including a memorable victory at Mourneview Park against a Molde team which included Erling Haaland and managed by Ole Gunnar Solskjaer.

The Dergview game will be a chance to congratulate Gary on his 10 years in charge, an achievement which makes him the club’s second longest-serving manager behind the legendary Jimmy McAlinden and which also ranks him as one of the longest serving managers in the Irish League currently.

Admission to the game is £8 and £5 for concessions, with fans being able to get a look at some of the new faces in the squad before the season starts in a fortnight’s time.

Before the game Glenavon 2007s, featuring Calum Hamilton, will play Craigavon City. Kick off is at 11.30am at Mourneview Park.

The Glenavon players will be wearing a special limited-edition shirt for the game against Dergview, embroidered to mark the occasion and each printed with ‘Hamilton 10’. Supporters will be able to buy the 20 limited edition shirts, with the match-worn tops available for £125 each. 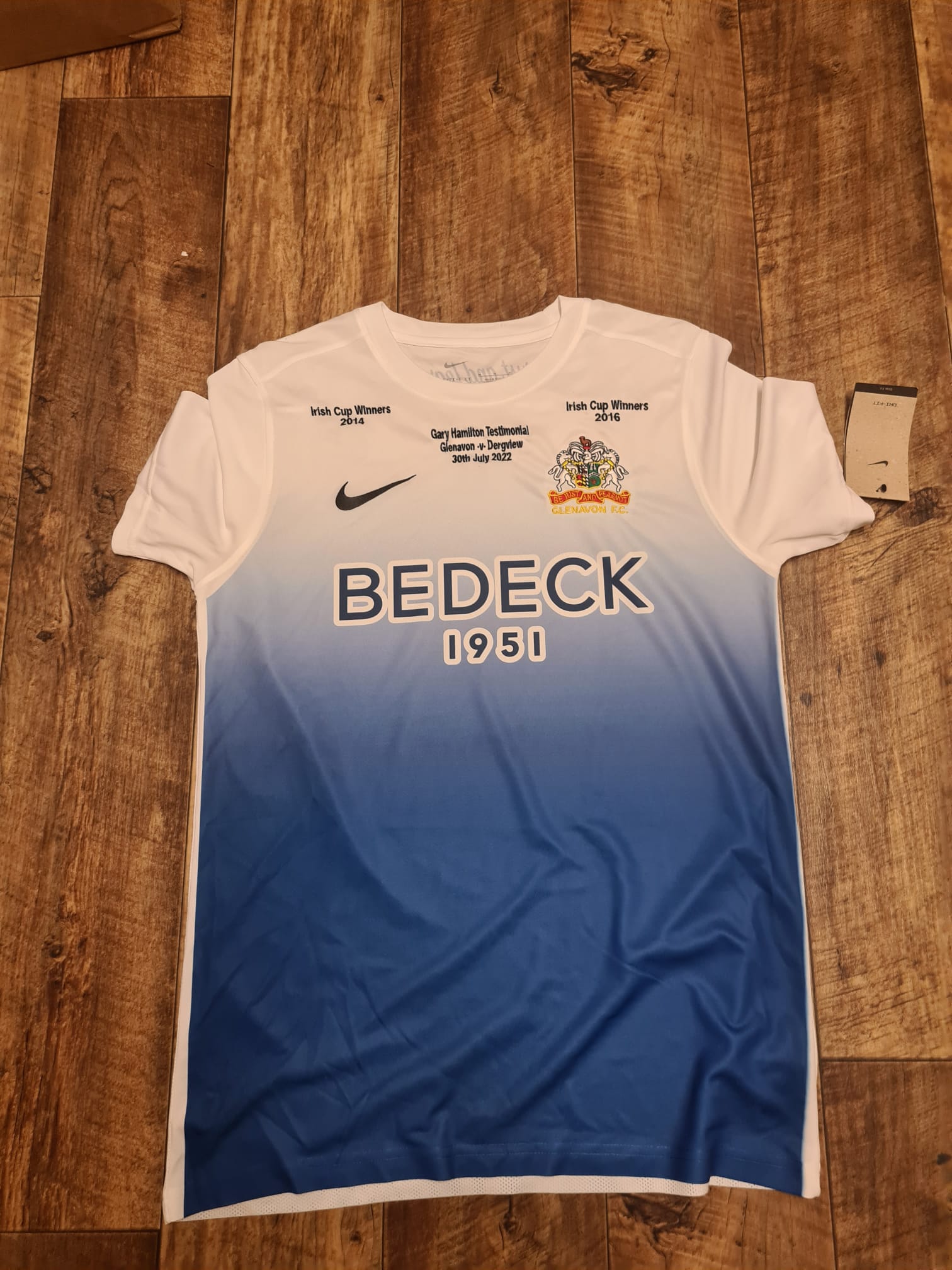 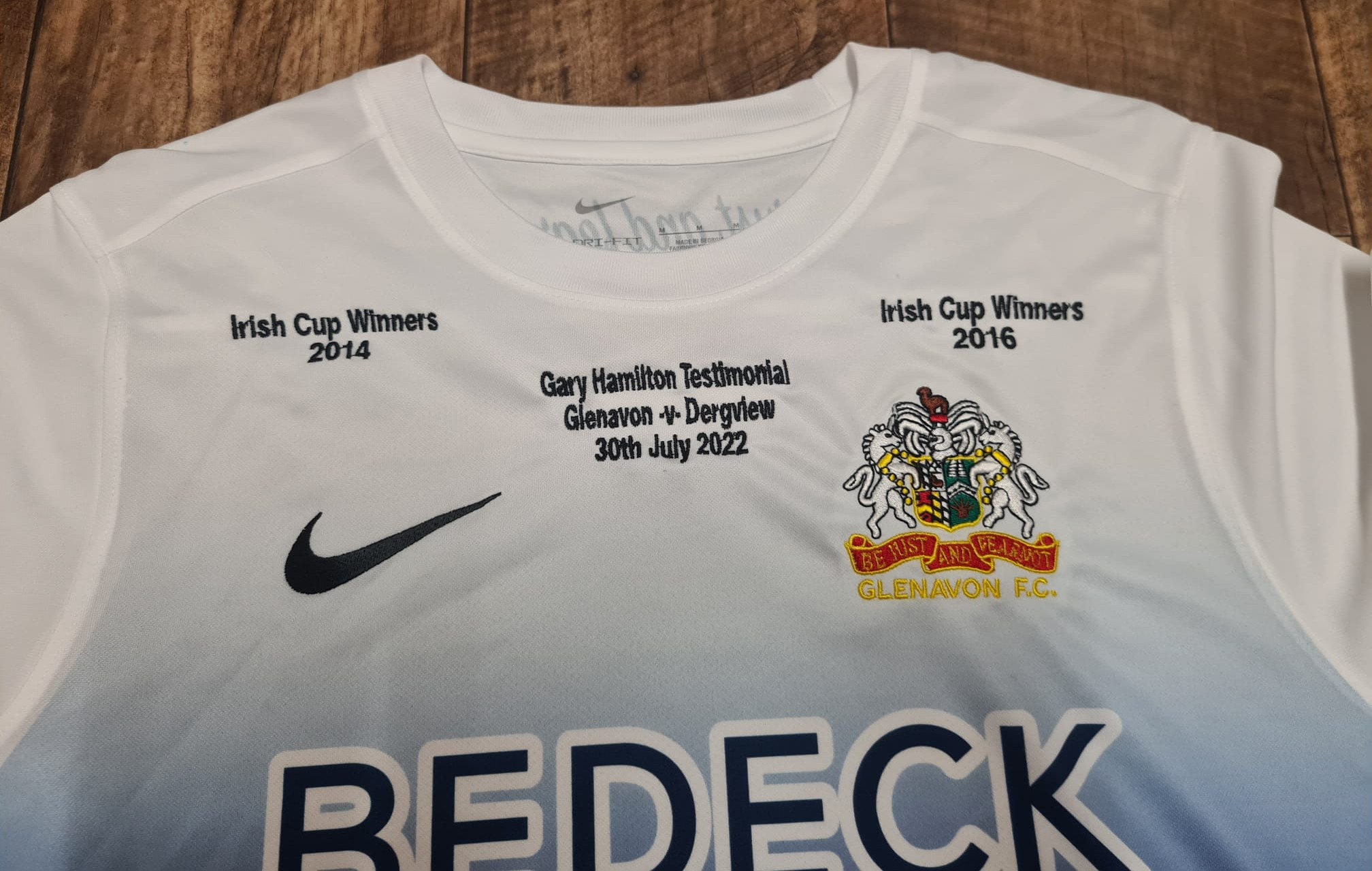 So please come out on Saturday and show your appreciation! For further details on how to purchase one of the exclusive match-worn shirts or to sponsor the game, email [email protected] or call the club’s office between 9am and 1pm, Monday to Friday on 028 3832 2472.