Glenavon scored three second-half goals as they came from behind to defeat Dungannon Swifts 3-1 at Mourneview Park on Tuesday night.

The Lurgan Blues were the better side in the opening 45 minutes, but it was the visitors who grabbed the lead against the run of play two minutes before the break when RhyssCampbell bundled home.

Peter Campbell scored a superb free-kick to draw Glenavon level in the 58th minute, while five minutes later MarkHaughey headed home from Jack O’Mahony’s free-kick to edge the home side in front.

Substitute Conor McCloskey wrapped up the three points two minutes from time when he slotted past Declan Dunne after leading a counterattack.

Andy Waterworth had an opportunity for Glenavon as early as the third minute. O’Mahony picked him out with a cross from the right and the striker took one touch before spinning and getting a shot away, but he couldn’t keep the effort down and it didn’t trouble Dunne in the Swifts goal.

Ben Gallagher had a decent effort for the visitors three minutes later when he flashed a low left-foot shot just wide of James Taylor’s left-hand post.

A misplaced pass in the Dungannon backline on 16 minutes presented the ball to Waterworth and he immediately teed Garrett up for a shot, but the midfielder dragged it harmlessly wide.

In the 19th minute a good Glenavon passing move created a chance for Matthew Fitzpatrick. Glenavon’s top scorer scuffed his shot, though, when he should have at least tested the goalkeeper.

Another Glenavon chance went begging on 23 minutes. The ball fell kindly for O’Mahony in the Dungannon penalty area, but he sent his shot well over the bar.

Three minutes later Fitzpatrick picked Campbell out with a cross from the right. Glenavon’s number 10 managed to direct his header on target, but Dunne saved comfortably.

Danny Wallace made a terrible error in the 36th minute when he under-hit a back-pass and sent Ryan Mayse clean through on goal. Wallace had his goalkeeper to thank for sparing his blushes, as Taylor made a super one-on-one save to ensure the game remained scoreless.

Moments later Waterworth had a good chance at the other end, but he flashed a shot wide of the far post with his left foot.

In the 42nd minute another good Glenavon move eventually saw the ball find Fitzpatrick at the edge of the Dungannonbox. The striker tried to bend a low shot inside the right-hand post, but the ball slid just the wrong side of the upright.

Glenavon were made to pay for their wastefulness in front of goal a minute later when the away side grabbed the lead against the run of play. Terry Devlin slipped a pass into the left channel which Gallagher ran onto. The forward sent a low cross into the six-yard box and Campbell managed to bundle the ball over the line to give the Swifts the advantage heading into the half-time break.

On 47 minutes Fitzpatrick teed up Matthew Snoddy, who had a superb game in the Glenavon midfield, as the Lurgan Blues looked to hit back early in the second half, but the resulting shot lacked power and Dunne made a routine save.

Glenavon finally got on the scoresheet in the 58th minute. Campbell stepped up to take a free-kick some 25 yards from goal, and he struck a brilliant shot, a low, curling effort with his left foot that beat the dive of Dunne and found the net via the inside of the goalkeeper’s left post.

The home side completed a dramatic turnaround five minutes later when O’Mahony picked Haughey out with a free-kickfrom the left, with the big defender heading home from six yards out.

Waterworth came within inches of grabbing a third Glenavon goal on 74 minutes. His shot looked destined to nestle in the bottom corner, only for Dunne to dive down to his right and push the ball round the post.

The third Glenavon goal eventually did arrive in the 88th minute, and it was no more than the Mourneview men deserved. Snoddy robbed Knowles of the ball in the Glenavon penalty area following a Dungannon corner and slipped a pass into the path of McCloskey, who carried the ball over the halfway line before feeding it out to Campbell on the left. The winger subsequently returned the ball to McCloskey as he broke into the Swifts penalty area, and the substitute calmly slotted past Dunne to wrap up the three points, and secure a third league win over Dungannon this season.

Glenavon remain in eighth place in the Danske Bank Premiership table, and on Saturday (29th January) they travel to Seaview to take on fourth-placed Crusaders. Gary Hamilton will be hoping his players can take some measure of revenge after the Crues dumped the Lurgan Blues out of the Irish Cup earlier this month with a thumping 4-0 first-round victory at Mourneview Park. Kick-off is at 3pm. 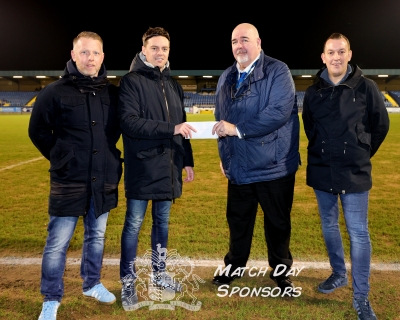 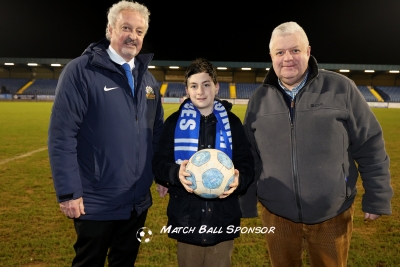 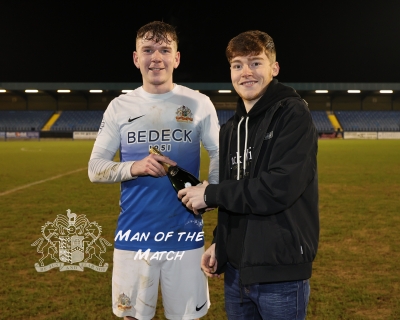