Glenavon played out an enthralling 0-0 draw with Coleraine at the Showgrounds – but how it finished 0-0 will remain a mystery as both sides were unfortunate not to hit the net.

Gary Hamilton made a number of changes to his line-up, including throwing James Taylor in goal in place of Declan Brown, who had started every league game so far this season.

Peter Campbell was within a hare’s breath of putting the visitors in front when he headed Taylor’s long kick towards goal. Gareth Deane tipped it on but Campbell was able to follow up and get a shot away which scraped agonisingly wide of the post.

With 15 minutes on the clock Josh Carson let fly from distance, before Cathair Friel had a chance from the following corner, but neither could break the deadlock.

Then Conor McKendry hit a thunderous shot which cannoned off the underside of the crossbar which bounced on the goal line before Danny Wallace cleared the ball off the line.

Up the other end Kyle Beggs was found in space, allowing him to turn and shoot on the half volley. The post would deny him. Twenty minutes gone, the woodwork hit twice – you felt it was only a matter of time before a goal came.

Beggs again had another snapshot when a free kick from the left was pushed into the winger’s path. His effort from the edge of the box eventually went out for a corner.

The game ebbed and flowed towards half time and, with 41 minutes gone, Michael O’Connor’s 30-yard free kick pinged back off the near post.

Two minutes into the second half and Coleraine were awarded a soft penalty when Shevlin seemed to stumble over the ball with Aaron Harmon closest. However, Taylor came to the rescue, diving to his left to save Stephen O’Donnell’s spot kick. That was Taylor’s second penalty save in a week, the big keeper saving one in an U20s game on Monday night.

Glenavon sat deep and tried to absorb the Glenavon pressure, breaking out occasionally to force chances of their own. Peter Cambell attempted a daisy cutter on 67 minutes but Deane was equal to it.

Eoin Bradley will be wondering how he didn’t connect with a cross into the box whipped in by Aaron Traynor a few moments later. The big striker was right in front of goal, three yards out, but couldn’t turn the ball past Taylor.

Conor McKendry was unfortunate too not to find the net when Bradley flicked the ball into his path. He turned and fired towards goal but pulled his shot wide.

In the end a point a piece was a fair result. 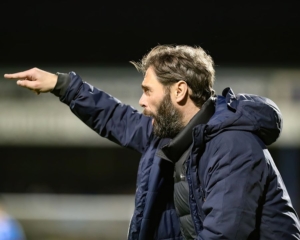 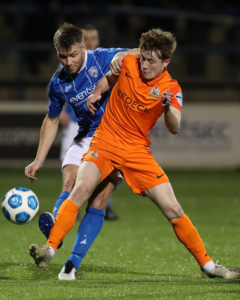 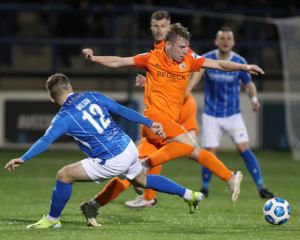 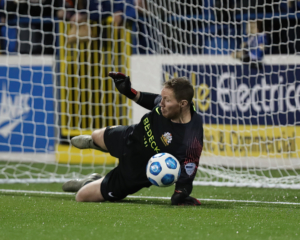 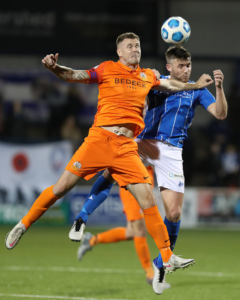 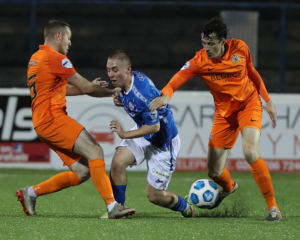