Glenavon came from behind twice to secure a point in a 2-2 draw with Larne at Mourneview Park on Saturday afternoon.

Martin Donnelly put the visitors ahead on 18 minutes when he squeezed a low shot past Craig Hyland, but the in-form Matthew Fitzpatrick drew Glenavon level just five minutes later when he drilled home.

David McDaid restored Larne’s advantage five minutes before half-time when he tapped in after Jeff Hughes’ header had come back off the post.

Substitute Conan Byrne won and converted a penalty in the 73rd minute to secure a hard-fought point for the Lurgan Blues.

McDaid threatened first for the visitors when he shot on target in the third minute, but it was a routine save for Hyland.

McDaid was denied eight minutes later when a superb tackle from Matthew Snoddy denied the striker a shot when he was well placed after a cross had been sent into the Glenavon box from the right flank.

Glenavon wasted a glorious opportunity to take the lead on 16 minutes when Peter Campbell whipped a corner in from the right which went all the way across the face of the Larne goal, with his teammates somehow failing to convert.

Larne got their noses in front on 18 minutes. Josh Robinson sent a high ball forward for McDaid and he won a battle with Colin Coates to emerge with the ball before bundling his way past Andrew Doyle and slipping a pass to Donnelly. The forward struck a low shot with his right foot which squeezed past Hyland and put Larne ahead.

Larne had a penalty appeal turned down by referee Tim Marshall three minutes later when McDaid went down under a challenge from Doyle.

The away side’s advantage wasn’t to last for long, as Glenavon drew level in the 23rd minute. A cross into the box from deep on the right flank from Sean Ward eventually fell to Gareth McCaffrey. The striker’s low shot was saved by Conor Devlin at his near post, but the rebound fell to Fitzpatrick and he drilled a low shot home to make it 1-1.

McDaid very nearly restored Larne’s advantage in the 32nd minute when he controlled a Tomas Cosgrove cross from the right and spun before getting a shot away, but his effort went narrowly wide of the far post.

The Larne striker wasn’t to be denied on 40 minutes, however. John Herron played a short free-kick to Mark Randall and he lofted a ball into the Glenavon box. Captain Jeff Hughes flicked the ball goalward with his head and it came back off the post and fell for McDaid, who had the simplest of tasks to tap in and put the visitors in front again.

Hyland made a super save in the Glenavon goal in the 52nd minute. Doyle tried to bring the ball down but only succeeded in teeing up Herron for a shot from 20 yards. The ball was dipping below the crossbar, but Hyland dived to his left and tipped it over.

Byrne was introduced in the 70th minute as the last of Glenavon’s three substitutes, and he made a massive impact within minutes of his arrival, winning a penalty in the 72nd minute when he went down under a Hughes tackle. Byrne picked himself up off the turf to take the spot-kick and made no mistake, sending Devlin the wrong way to draw Glenavon level for the second time.

Larne made three changes after the Glenavon equaliser, bringing on Ronan Hale, Conor McKendry and Dylan Mottley-Henry in an effort to grab a winner, but Glenavon held out to secure an impressive point against the Inver Park Side.

Next up for the Lurgan Blues is a trip to Stangmore Park on Tuesday night (30th March) to take on Dungannon Swifts. Kick-off will be at 7.45pm.

MAN OF THE MATCH SPONSOR – Bluebell Cottage, Moira and Holywood 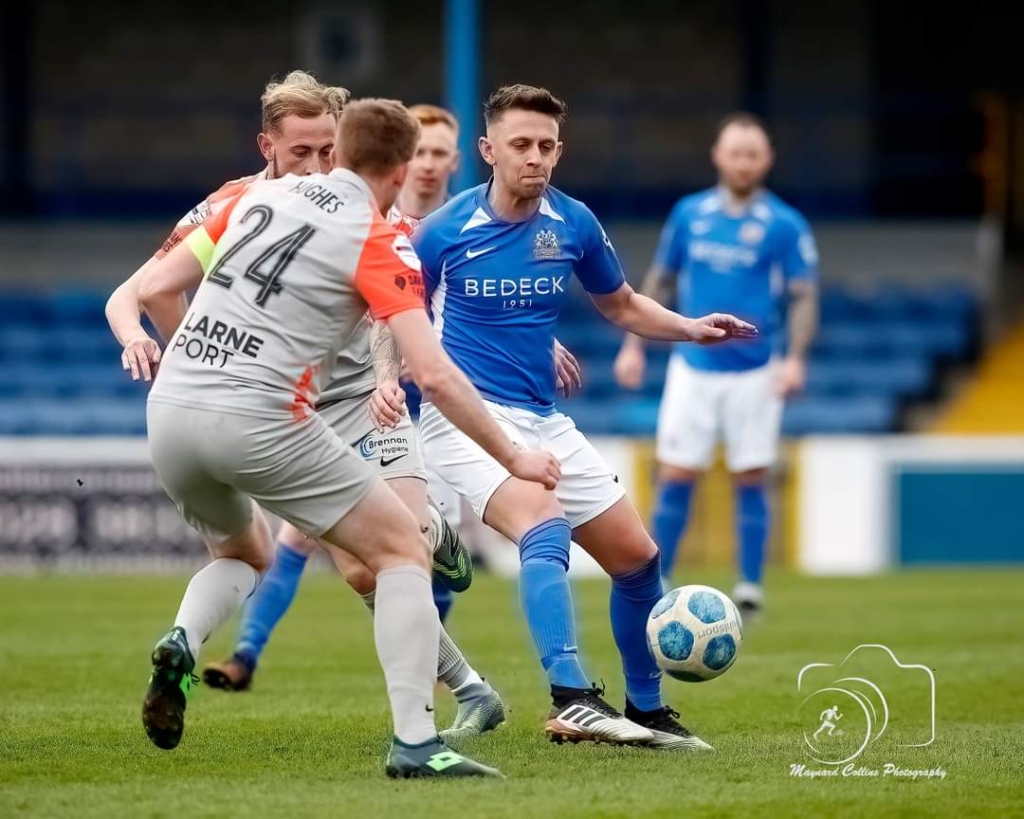 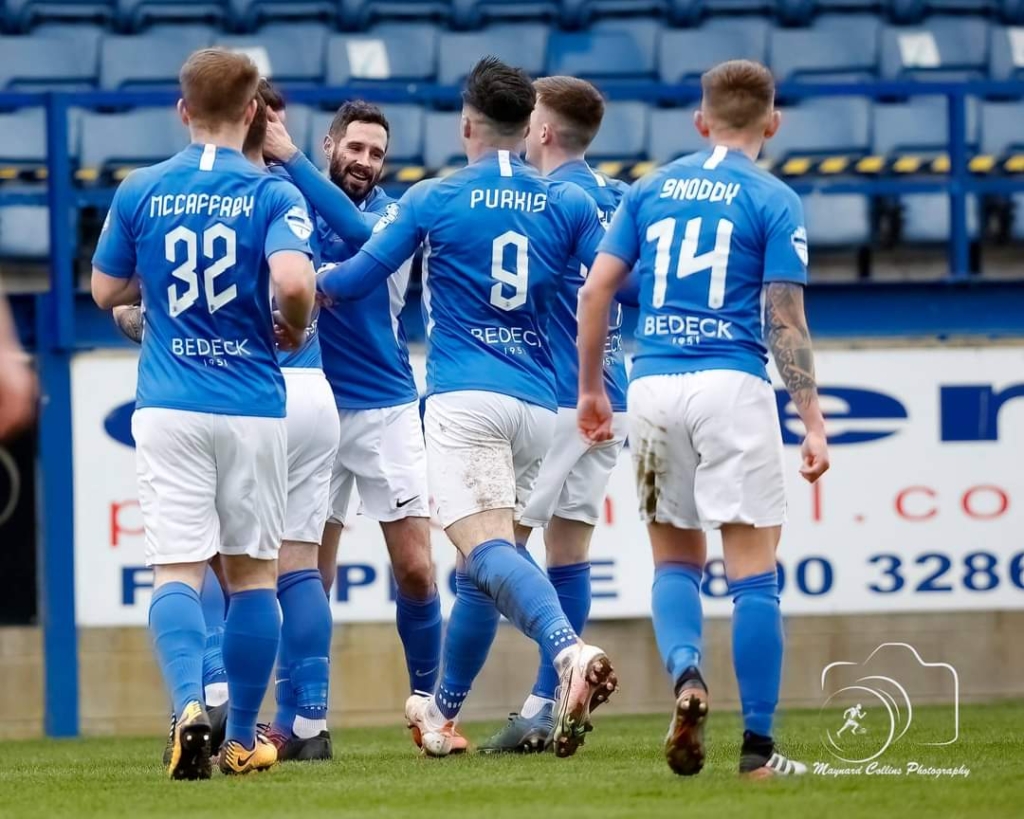 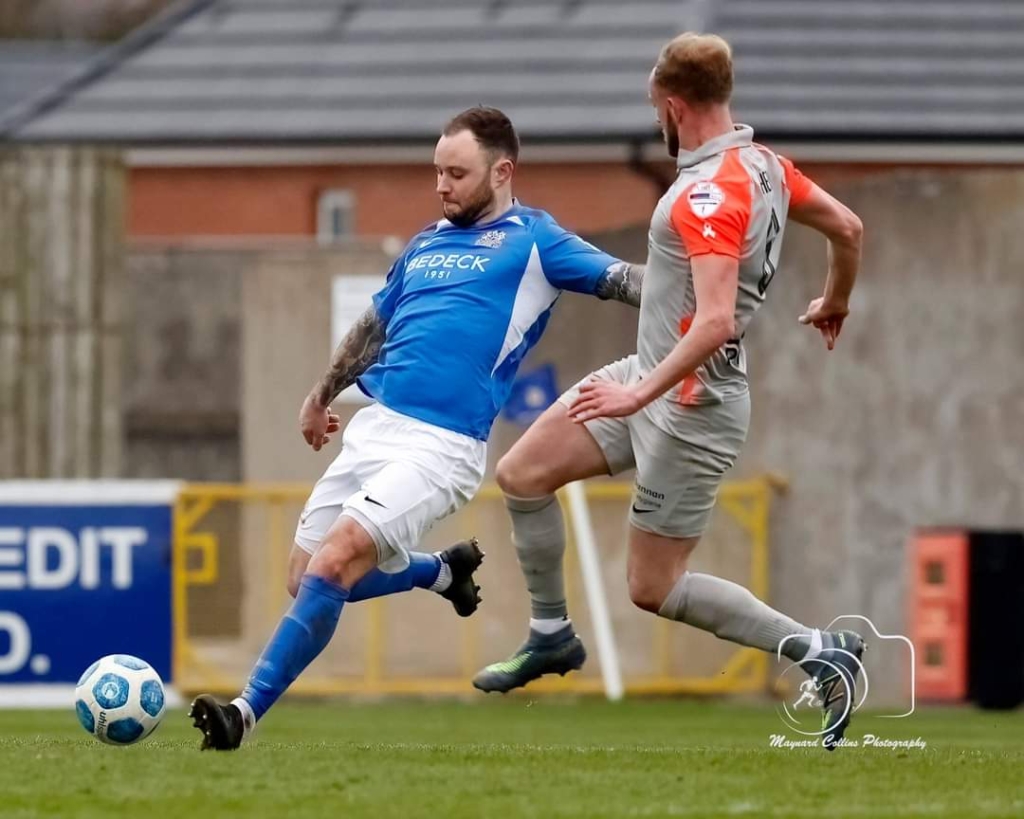 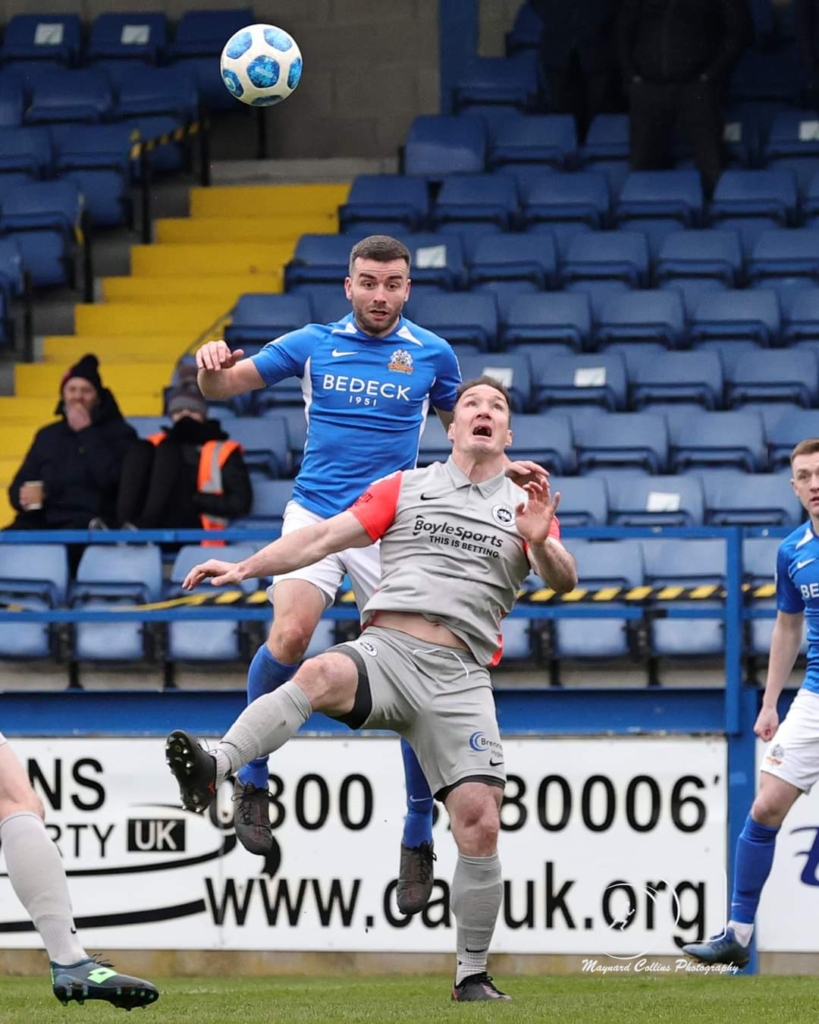 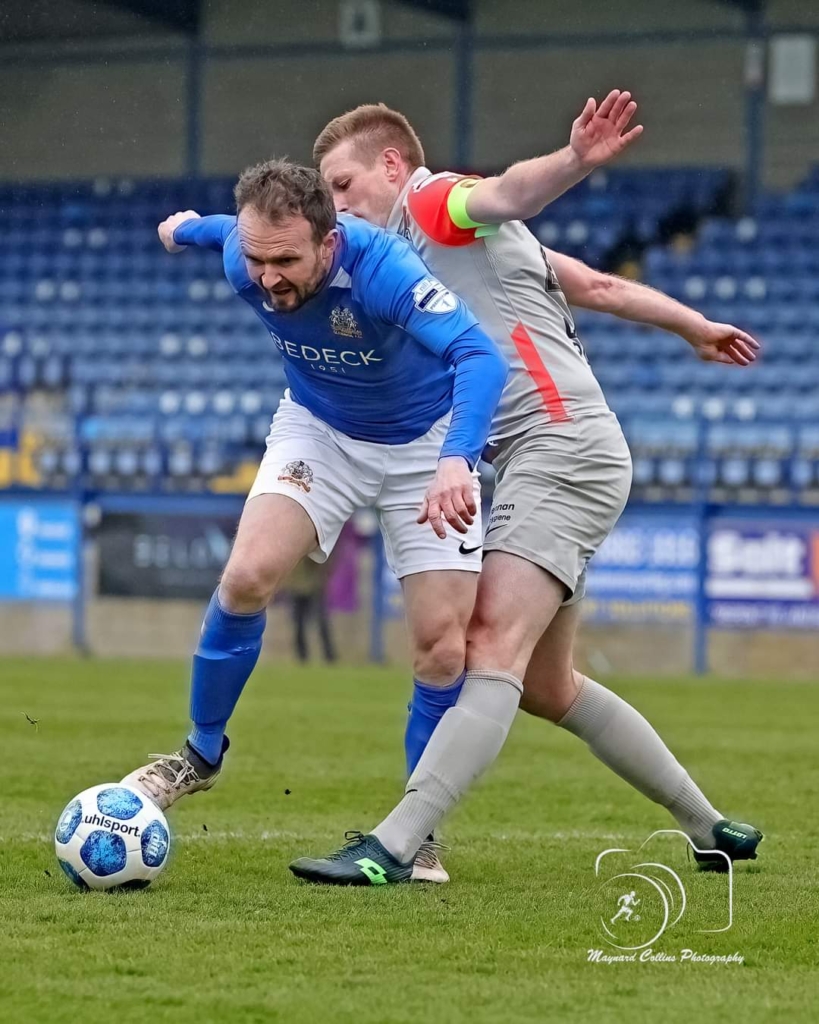