And a fine save at the other end from Craig Hyland ensured a clean sheet – only their second of the season.

The win keeps Glenavon’s fine form going – they now have 13 points out of a possible 15 going into Tuesday night’s game against Carrick Rangers at Mourneview Park.

They were helped on their way by Crusaders being reduced to 10 men not long after the interval, but in truth Glenavon were good value for their win – only their fourth at Seaview since 2005.

Glenavon made just one change from Tuesday night’s victory over Dungannon Swifts. Michael O’Connor was not risked on the 4G pitch, so Andy Hall came in and played on the right hand side of the midfield.

The first half was devoid of chances decent chances for either side. While Glenavon had a lot of possession, they struggled in front of goal. The best of the chances fell to Peter Campbell when his shot was blocked by a Crusaders defender after he had combined with James Singleton.

At the other end Craig Hyland denied Jordan Forsythe when his free-kick looked to be heading for the top corner, while Andrew Doyle made a fantastic tackle to stop Jordan Forsyth.

Two yellow cards for Aidan Wilson saw the Crues reduced to 10 men. His first booking came on 43 minutes for a challenge on Matthew Fitzpatrick, while a foul on Danny Purkis within seconds of the second half getting underway left referee Chris Morrison with little option but to send him over.

It was looking like being a frustrating afternoon for Glenavon’s forwards, who were doing everything but score. Substitute Gareth McCaffrey was unlucky not to score from Andy Hall’s cross on 72 minutes but his header looped over Jonathan Tuffey’s bar.

However, Glenavon saved their best ‘til last. McCloskey, who had been playing in the middle of the park in place of Michael O’Connor, was moved out to the left flank after Campbell was substituted. He took up possession on the touchline, cut inside past a defender, and curled a fantastic drive past Tuffey from 20 yards out with 90 minutes on the clock – surely a contender for Glenavon’s goal of the season.

Four minutes of added time went up on the Fourth Official’s board. Crusaders won a corner on 93 minute which was floated in towards Chris Hegarty. The big defender rose and met the ball with his head, but Hyland pulled off a fantastic point-blank save, tipping the header over the ball.

The win leaves Glenavon in seventh place, level on points with Glentoran on 27 points, with the Oval side having a game in hand. The Lurgan Blues are also six points behind the fifth-placed Crues with two games in hand over them and eight behind Cliftonville in fourth with four games in hand over the Reds. 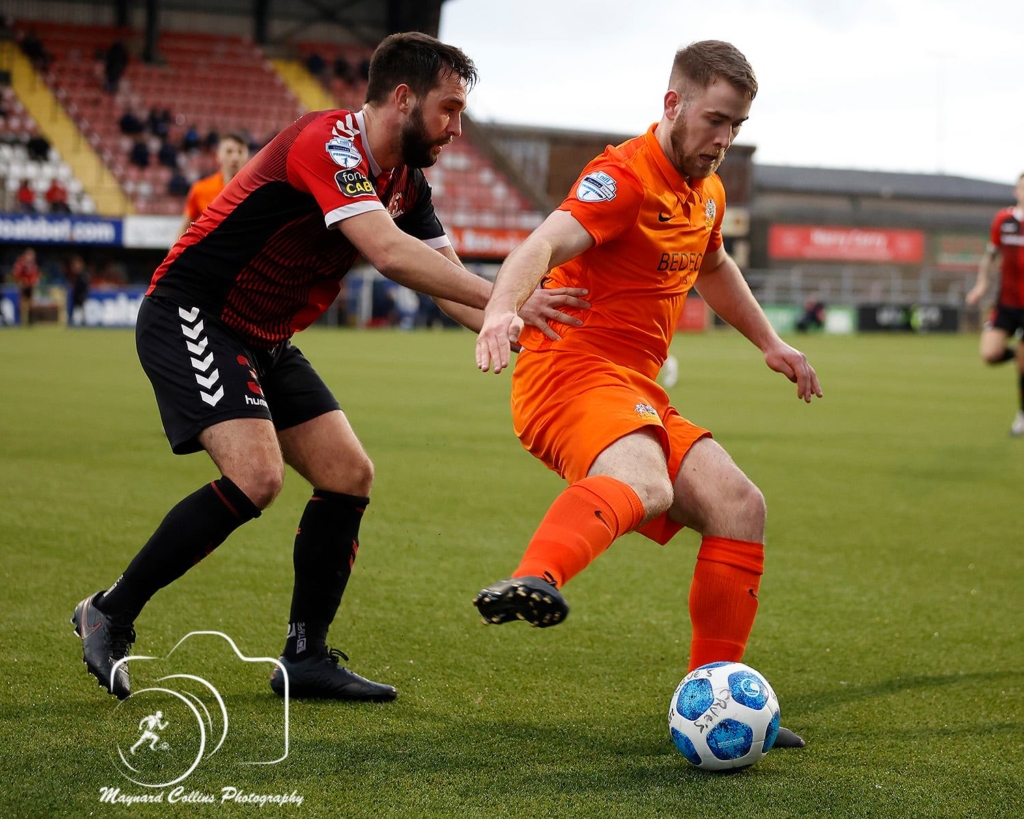 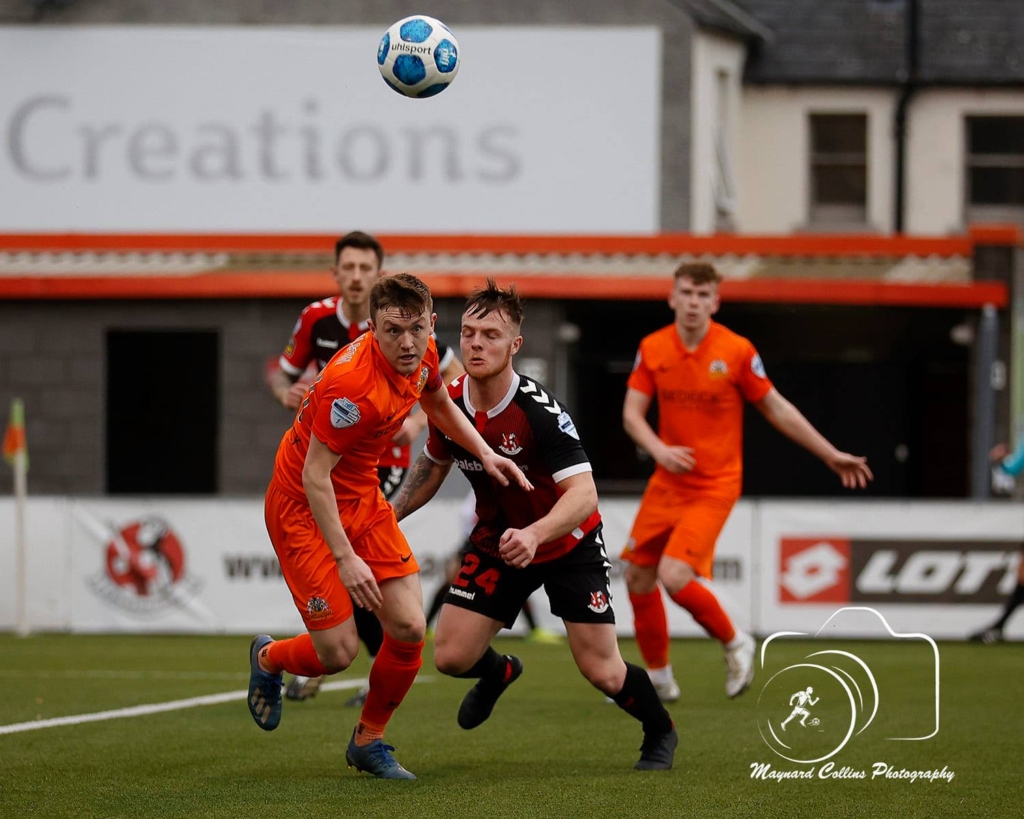 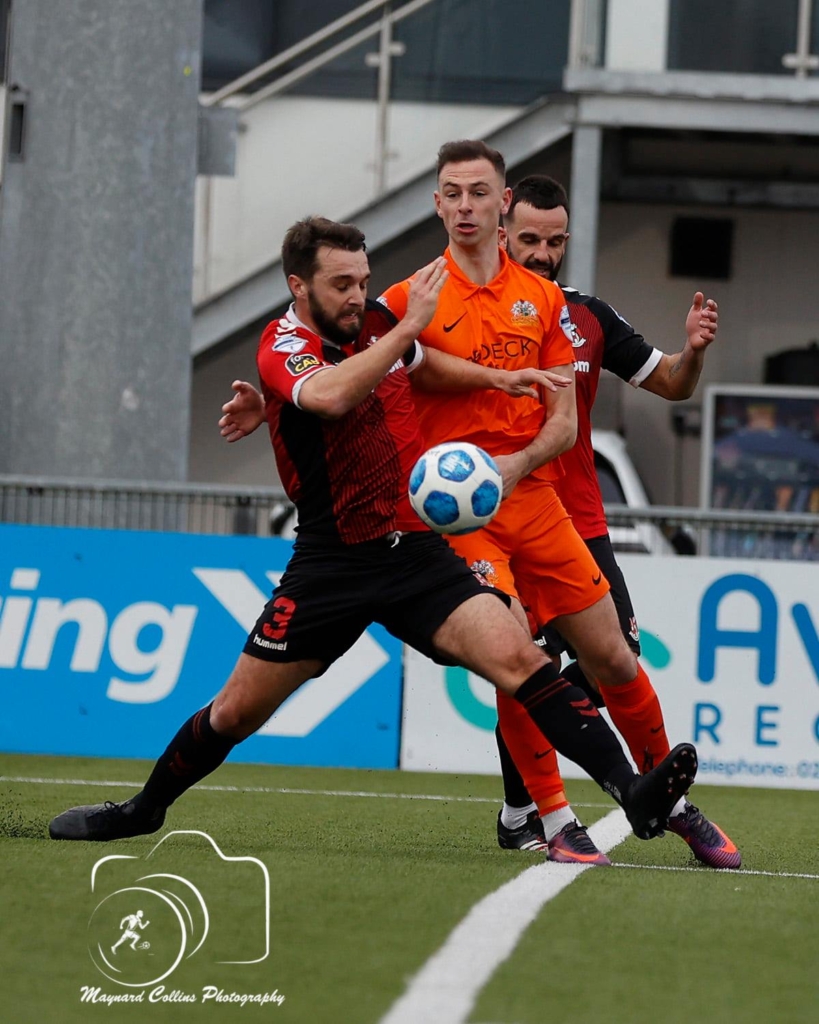 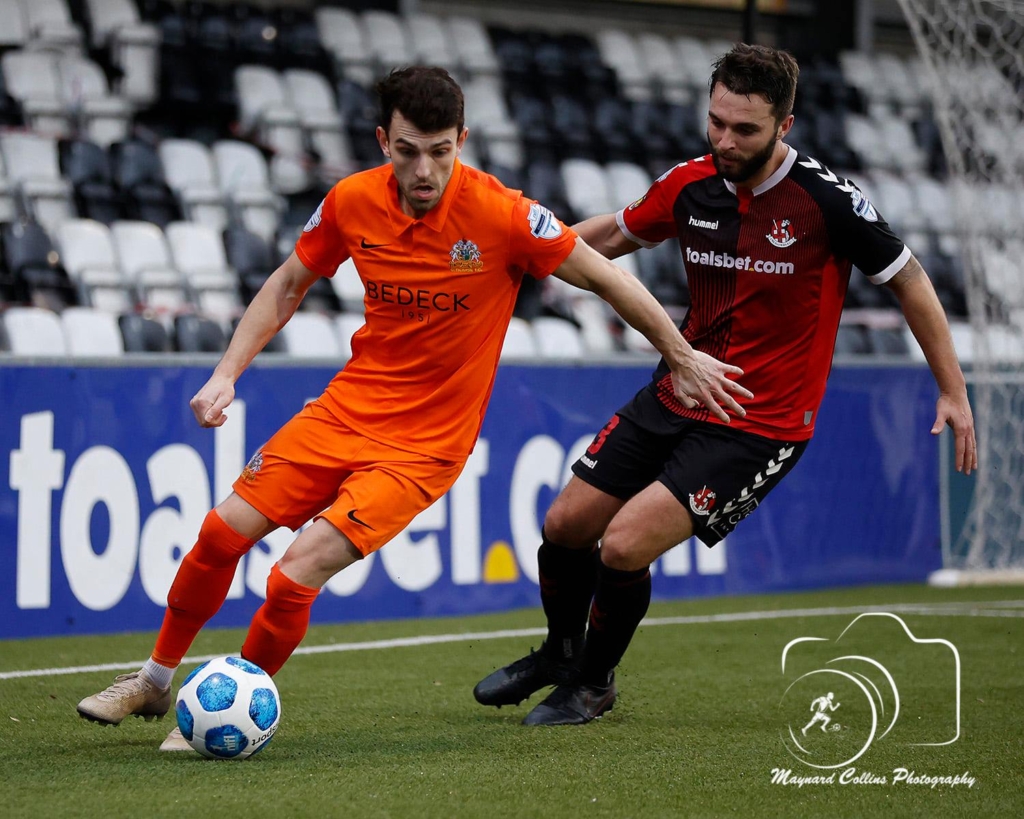 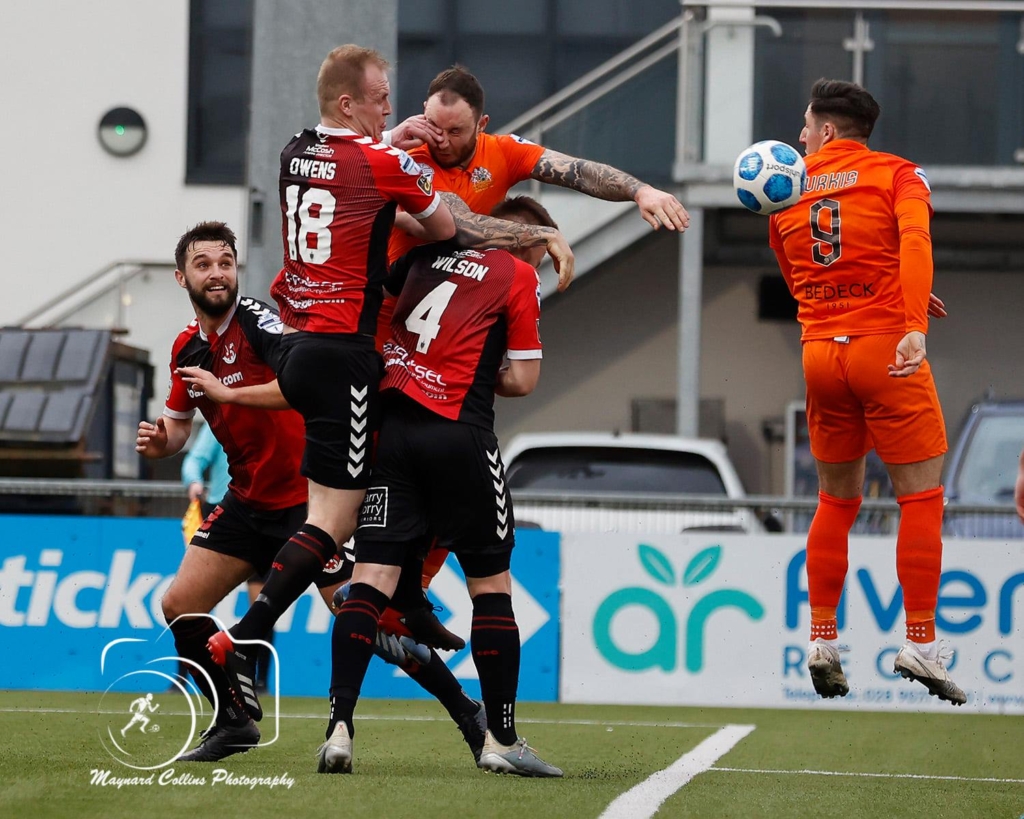