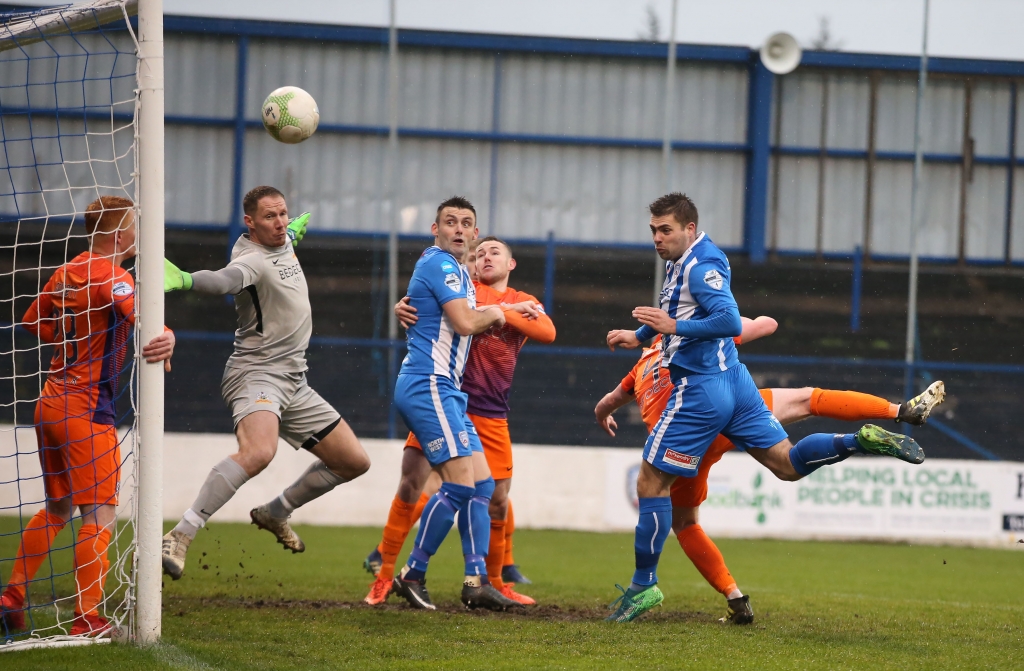 Glenavon return to action tomorrow night (Tuesday) for the re-arranged Danske Bank Premiership game with Coleraine at Ballycastle Road, kick-off 7:45pm. The original game was postponed because of the Bannsiders’ involvement in the League Cup Final with Crusaders which Coleraine won 2-1 after coming from behind. Oran Kearney’s side also came from behind twice in last Friday night’s Irish Cup Quarter Final with Larne to book a spot in the semi-final when they will face Ballymena United.

Coleraine has won both the previous league games this season by a 4-0 scoreline and also knocked Glenavon out of the Irish Cup at Mourneview Park back in January. ‘Skinner’ scored the clinching second goal in that game after Glenavon had been on top for much of the second half.

The last trip to the Northwest was notable for a controversial red card shown by Referee Arnold Hunter in the first half to Glenavon defender Daniel Larmour and this certainly swung the outcome in Coleraine’s favour at a stage when the Lurgan Blues were well in the game. 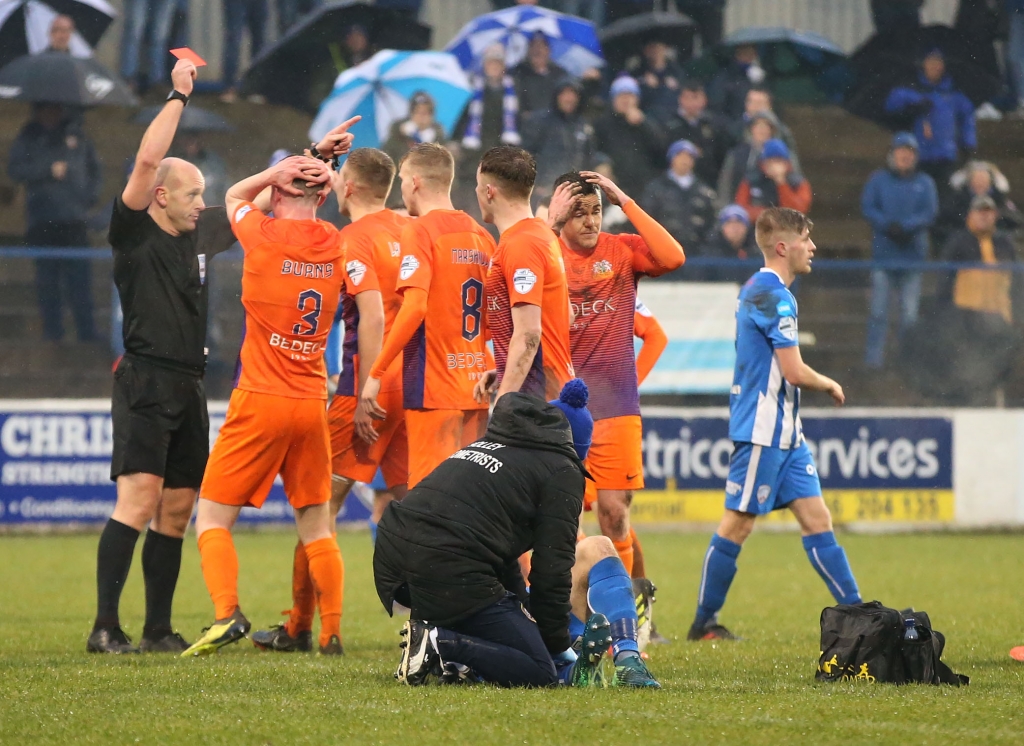