Glenavon suffered yet another disappointing League Cup exit on Wednesday night, losing 3-2 at home to Championship side Newry City in the third round.

In a game that sparked into life in the second half, it was the Lurgan Blues who took the lead in the opening minute of the second period through Jordan Jenkins.

It took just five minutes for Newry to respond, however, with Mark McCabe netting their equaliser, and the away side then took the lead through former Glenavon player Adam Foley on 62 minutes.

Jenkins grabbed his and Glenavon’s second goal on 65 minutes to make it 2-2.

It looked like the tie was headed for extra-time, only for John McGovern to smash home a winner for Newry three minutes from time

In a first half that was devoid of any real quality, goalscoring opportunities were few and far between.

Glenavon’s best chance of the opening 45 minutes probably fell to Jenkins as early as the fourth minute, but Andy Hall’s cross from the right came to the young striker at an awkward height and he could only head it over the bar.

The closest either side came to scoring in the first half was when Foley saw his point-blank effort brilliantly saved by Glenavon goalkeeper James Taylor. Many Glenavon supporters were livid with referee Steven Gregg, as Foley’s chance was created after the official had allowed play to continue after Eoin Wearen had gone down with a facial injury.

The game was ignited in the opening minute of the second half when the Lurgan Blues took the lead through Jenkins. Rhys Marshall, captaining the side on the night, got a glancing header on a Hall cross which came back off the post. Conor McCloskey recycled the ball and teed up Jenkins, who fired a left-footed shot high into the net to break the deadlock.

The home side might have doubled their lead four minutes later when Paddy Burns picked McCloskey out with a corner, but the midfielder’s header went over the bar.

As it turned out, Newry hauled themselves level just a minute later. When the Glenavon defence failed to deal with a long high ball, McCabe took full advantage, firing past Taylor to make it 1-1.

There was more impressive goalkeeping from Taylor on the hour mark as he got across to his right to palm away a well-struck free-kick from Kevin McArdle, then reacted brilliantly to keep out the rebound with his right hand.

It hardly mattered, as the Championship side got their noses in front on 62 minutes anyway. The impressive McGovern led a pacy counter-attack before squaring for Foley. He slotted the ball past Taylor and into the net to make it 2-1 to the visitors.

Glenavon responded quickly, however, as Jenkins grabbed his second of the night. Stephen Murray slipped the ball through for him and Jenkins nipped past his marker before placing a low finish past Coleman to draw the hosts level.

There was a massive let-off for Glenavon in the 72nd minute when Wearen couldn’t get enough on a header and it fell for McCabe. The striker’s low shot beat Taylor but cannoned back off the left-hand post.

As the game approached the closing stages it appeared to be destined for extra-time, but McGovern had other ideas. He smashed home the winner three minutes from time to send Newry through to face Institute in next week’s quarter-final.

Next up for Glenavon is a home league fixture against second-placed Crusaders on Saturday (26th October). Supporters should note that this match will kick off at 5pm.

Thanks to our matchday sponsors: 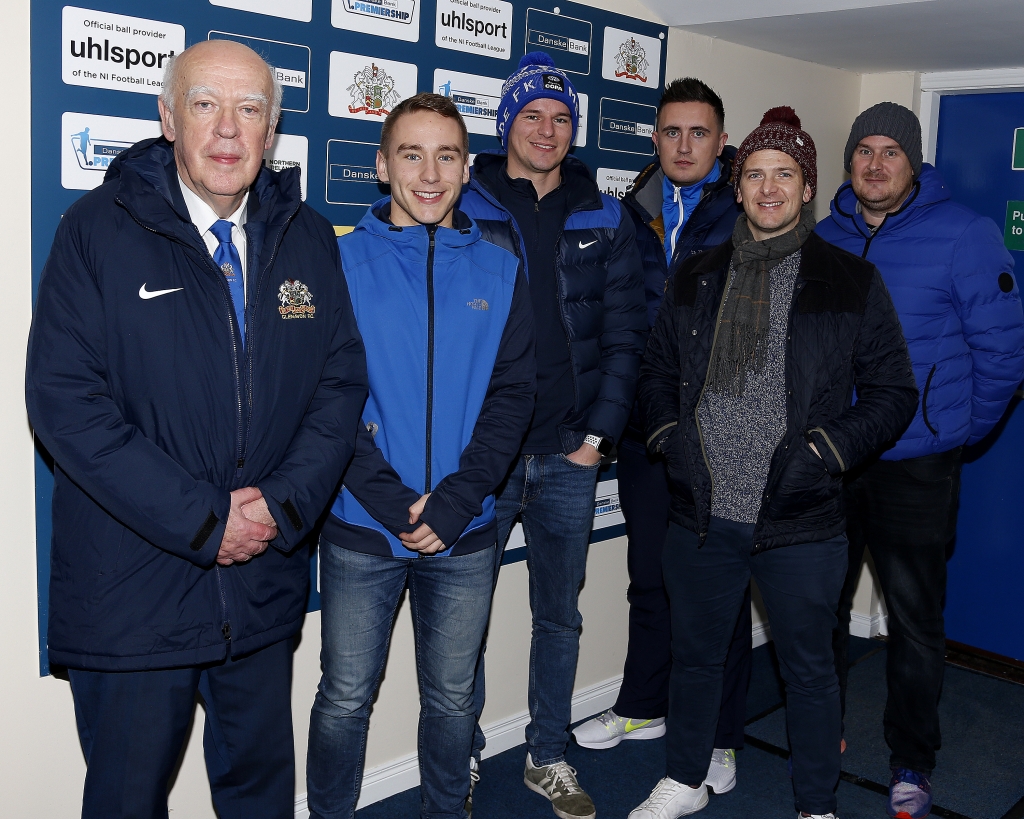