Don’t worry if you didn’t manage to obtain a ticket for the game as there will be a cash turnstile open tomorrow.

Also, please note that Season Tickets for 2019-20 can be purchased after the game tomorrow.

The Scottish Cup semi-finalists will be celebrating the news that Hearts owner, CEO and Chair, Ann Budge, has been awarded the prestigious Edinburgh Award for 2019. Past winners include the authors Ian Rankin and JK Rowling, cyclist Sir Chris Hoy and theoretical physicist Prof Peter Higgs. Ann famously brought Hearts out of administration in 2014 and within five years has successfully transformed Tynecastle into an exemplar family and community friendly stadium, doubling revenue and building a solid and sustainable future for the business in the process. 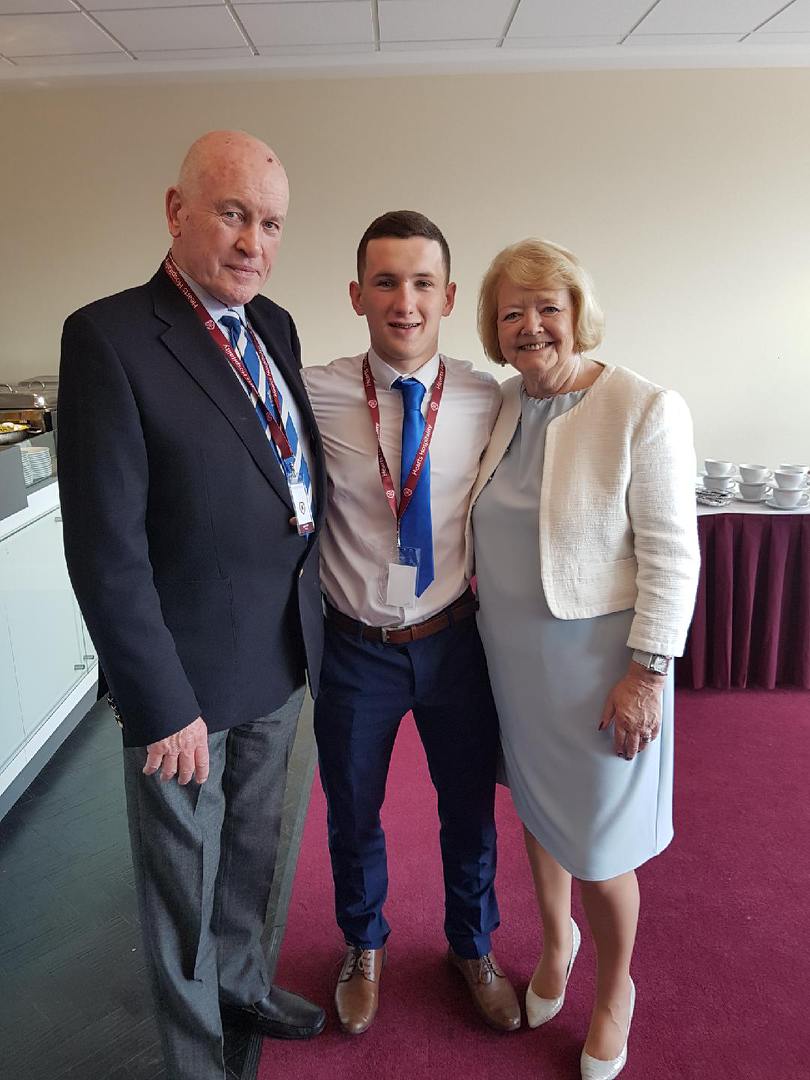 She was also very helpful in her dealings with our own Chairman Adrian Teer and Manager Gary Hamilton during the transfer of Bobby Burns who we hope to welcome back to Mourneview Park, albeit in the maroon shirt of the famous Edinburgh club. “I have to say that in our dealings with Hearts during the transfer they couldn’t have treated us any better and it was a pleasure to deal with them,” Gary says in his introduction in the special souvenir programme for the game which will be on sale tomorrow for just £2.

Bobby broke into the Hearts first-team squad in March 2019 and started the Scottish Cup semi-final win against Inverness. He went on to score his first professional goal in May 2019 against Aberdeen at Pittodrie. 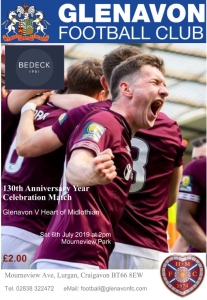 Both managers have declared their intentions to field strong line-ups for tomorrow’s game so, in addition to the chance to welcome Bobby back to Mourneview, it could be a potential debut for Northern Ireland international Conor Washington who signed for Hearts last week on a two year deal.

Glenavon fans will be looking forward to their first chance to see new signing Matthew Ferguson in action as he follows in his legendary father Glenn’s footsteps after joining the Lurgan Blues on a two year deal in May. 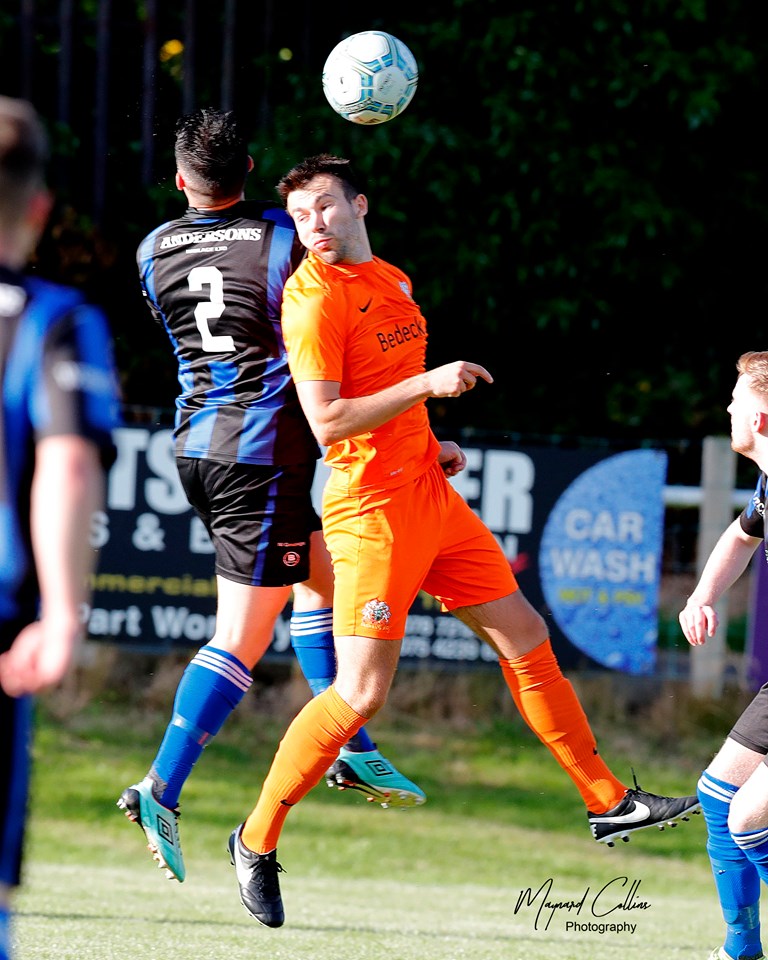 “It’s a chance to test ourselves against a top side and I hope our fans will turn out in numbers to see how we do against a professional side from the SPL. It’s an opportunity for the players to show what they are capable of in what we hope will be a good competitive game and some of our young players will be given a chance too,” Gary Hamilton said. 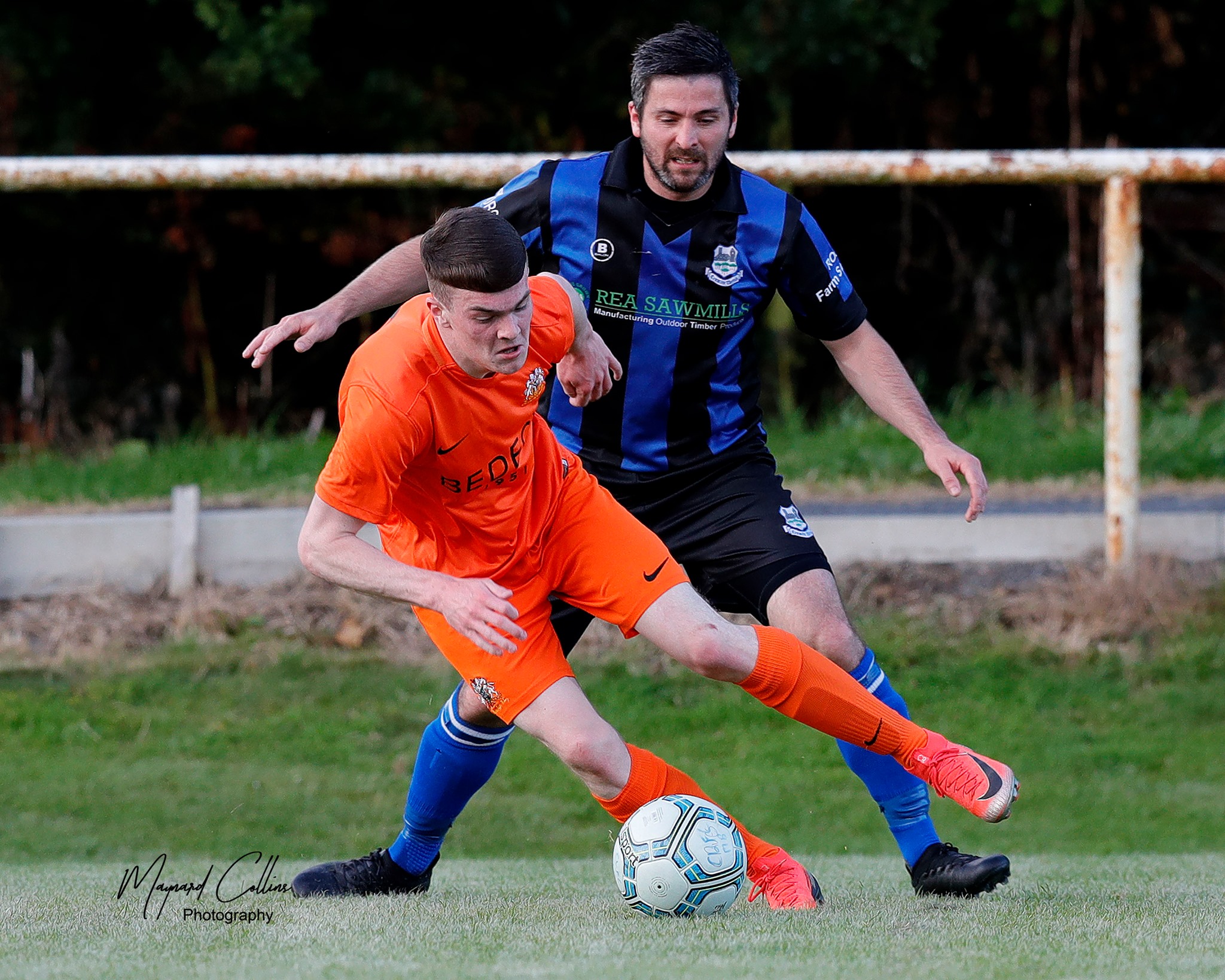 Jordan ‘JJ’ Jenkins on the ball against Crumlin United

As always Glenavon is very grateful to our matchday sponsors. To-day’s sponsors are: Match sponsor, The Fabulous 4: Ball sponsor, Colin Simpson and JP Ellis and MOM sponsor, the Sinnamon Family.