Glenavon travels to The Oval for Monday night’s Dankse Bank Premiership fixture, the first of two league matches featuring the Lurgan Blues this week to be shown live on TV, with a trip to Seaview on Friday night on BBC 2 NI following hard on the heels of tomorrow night’s Sky Sports MNF game.

With the disappointment of crashing out of the Irish Cup last Monday night still hurting both fans and players, this game against Glentoran provides Gary Hamilton’s squad a challenge but also a chance to put that disappointment behind them as they must now focus on picking up as many league points as possible between now and the end of the season.

“It was a massive disappointment for everybody involved in the football club last week. We all watched the video of the game on Thursday night and, whilst we were all extremely disappointed with the result, it was the quality in the final third that let us down. Maybe the wrong decision, or the quality of the cross or shot wasn’t just right. We had a good chat and everybody had their say and we’re trying to move on from it. That game’s gone and we have to make sure we concentrate on every game from now until the end of the season and try and pick up as many points as we can.

“The boys are hurting over it and maybe that will give them a lift to go out and perform now and prove that the recent run of results isn’t them and that they are stronger characters than we’ve been showing recently. They’re all a good bunch of lads; they took everything on board on Thursday night and we worked on shape and stuff on Saturday morning so hopefully we can bring that out in the game and get positive results.”

Rhys Marshall will miss out tomorrow night after picking up a slight strain last week and Sammy Clingan and Andrew Doyle remain on the injury list.

Glentoran was the only team to take points off Glenavon during the Lurgan Blues 11 game unbeaten run in the league that followed the opening day defeat by Linfield. Robbie McDaid opened the scoring for the Glens and Stephen Murray equalised with a penalty for Glenavon as the sides played out a 1-1 draw at Mourneview Park at the beginning of September. 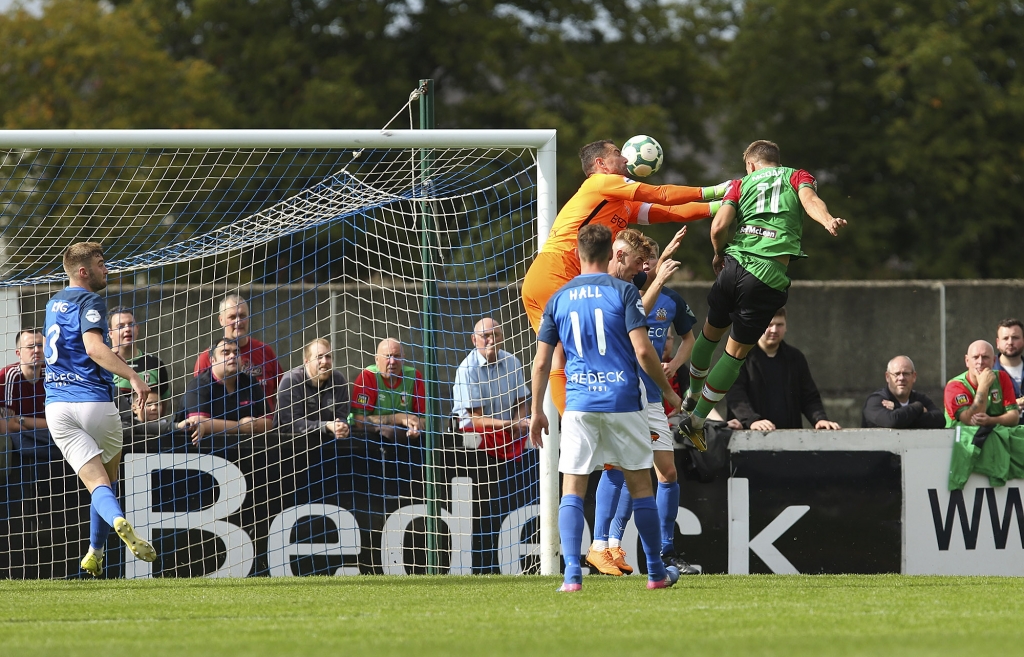 A feisty game at The Oval in October saw Glenavon emerge 2-1 winners with four players sent off, three for the Glens (Calum Birney, John Herron and Willie Garrett) and Rhys Marshall for Glenavon. Former Glenavon striker McDaid had again put the Glens in front before second half goals by Andy Hall and Jordan Jenkins completed the comeback for Glenavon.