Glenavon were soundly beaten 4-0 by Crusaders in the first round of the Irish Cup at Mourneview Park on Friday night.

The away side grabbed the lead on four minutes when Jordan Forsythe’s low shot from outside the box beat James Taylor in the Glenavon goal.

The Lurgan Blues had two goals ruled out for offside in the opening stages of the second half before Paul Heatley rounded James Taylor and scored Crusaders’ second in the 58th minute.

Ben Kennedy curled home a superb third goal for the visitors nine minutes later after he’d been played in by Forsythe, and Heatley rounded off a commanding victory for Stephen Baxter’s side when he raced clear on the right and scored from a narrow angle.

Heatley really should have opened the scoring when he was picked out with a cross to the back post in the fourth minute, but he didn’t connect properly with his shot and Danny Wallace was eventually able to clear.

Nevertheless, it was only moments later when the away side did grab the lead. Forsythe ghosted in from the left channel, avoiding challenges from Matthew Fitzpatrick and Matthew Snoddy before firing a low shot on goal from 25 yards. Taylor appeared to be wrong-footed as he failed to keep the ball out of the net despite it not finding the corner.

Ross Clarke had a great opportunity to double the Crues’ lead in the 24th minute after he’d been played in on the right by Forsythe, but the attacker’s low shot went wide of the far post.

Paddy Burns, who made a surprise appearance for Glenavon while home from the University of Notre Dame, got in behind the Crusaders defence on 27 minutes and was bearing down on goal before he went down under the challenge of Billy Joe Burns. Referee Tim Marshall decided no foul had been committed, much to the bemusement of Glenavon supporters.

Kennedy missed a sitter on 29 minutes. Heatley squared the ball to him and he had the goal at his mercy, but he got his shot all wrong and blazed over the bar from just six yards out, meaning the score remained 1-0 at half-time.

Snoddy thought he had levelled matters against his former club when he turned the ball into the net from Conor McCloskey’s right-wing cross in the second minute of the second half, only for the linesman to raise his flag to rule it out for offside. Replays suggested Snoddy was behind the ball when McCloskey crossed it, and therefore the goal should have stood.

The Lurgan Blues had another goal ruled out for offside on 54 minutes. Captain James Singleton’s shot was deflected, and Jonny Tuffey made the save before Andrew Waterworth tapped home, but he was adjudged to have been offside when Singleton initially struck his shot.

Crusaders scored their second goal two minutes later when Heatley was picked out with a long ball over the top from Aidan Wilson. The forward brought the ball under control before rounding Taylor and tapping into the empty net.

Kennedy scored a superb third goal for the Crues in the 67thminute. Forsythe fed the ball through to him with a sublime pass with the outside of his right boot and Kennedy curled a shot into the far corner to kill the game off. Taylor got fingertips to the ball, but it wasn’t enough to prevent it from finding the net.

Glenavon felt they should have been awarded a penalty on 79 minutes when Josh Robinson appeared to handle the ball following an Andy Hall corner, but Marshall was uninterested. To add insult to injury, Crusaders launched a counterattack and Heatley grabbed his second and his team’s fourth, racing clear on the right and firing a low shot into the far corner from a tight angle to put the icing on the cake for the Hatchetmen.

Gary Hamilton will feel that several big decisions from the officials went against his team on the night, but that can’t mask the fact that they were still soundly beaten, and he will have been bitterly disappointed to watch his team fall at the first hurdle in the Irish Cup for the third successive season.

It’s back to league action for the Lurgan Blues next weekend, as they travel to Carrick Rangers on Saturday (15th January). Kick-off is scheduled for 3pm. 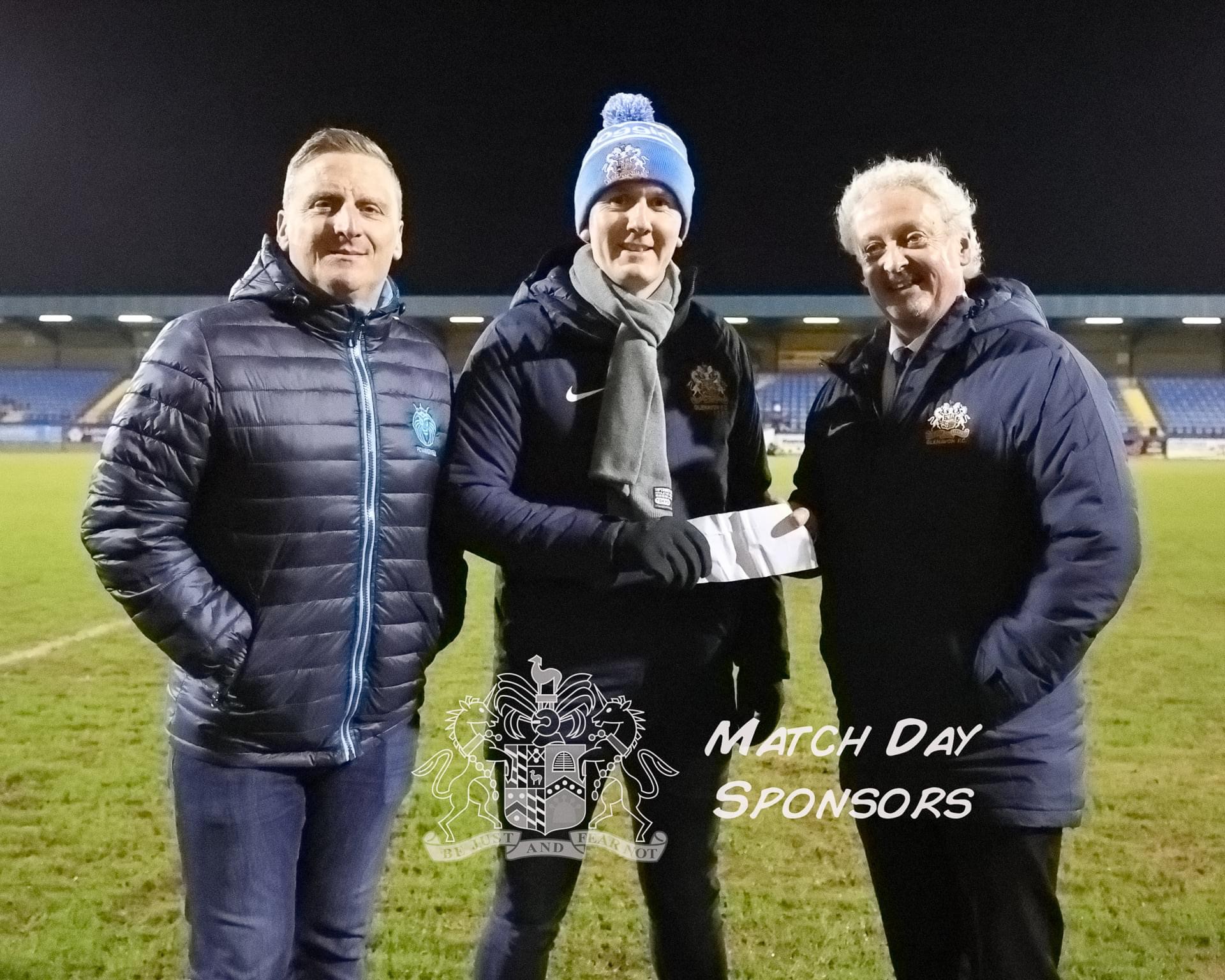 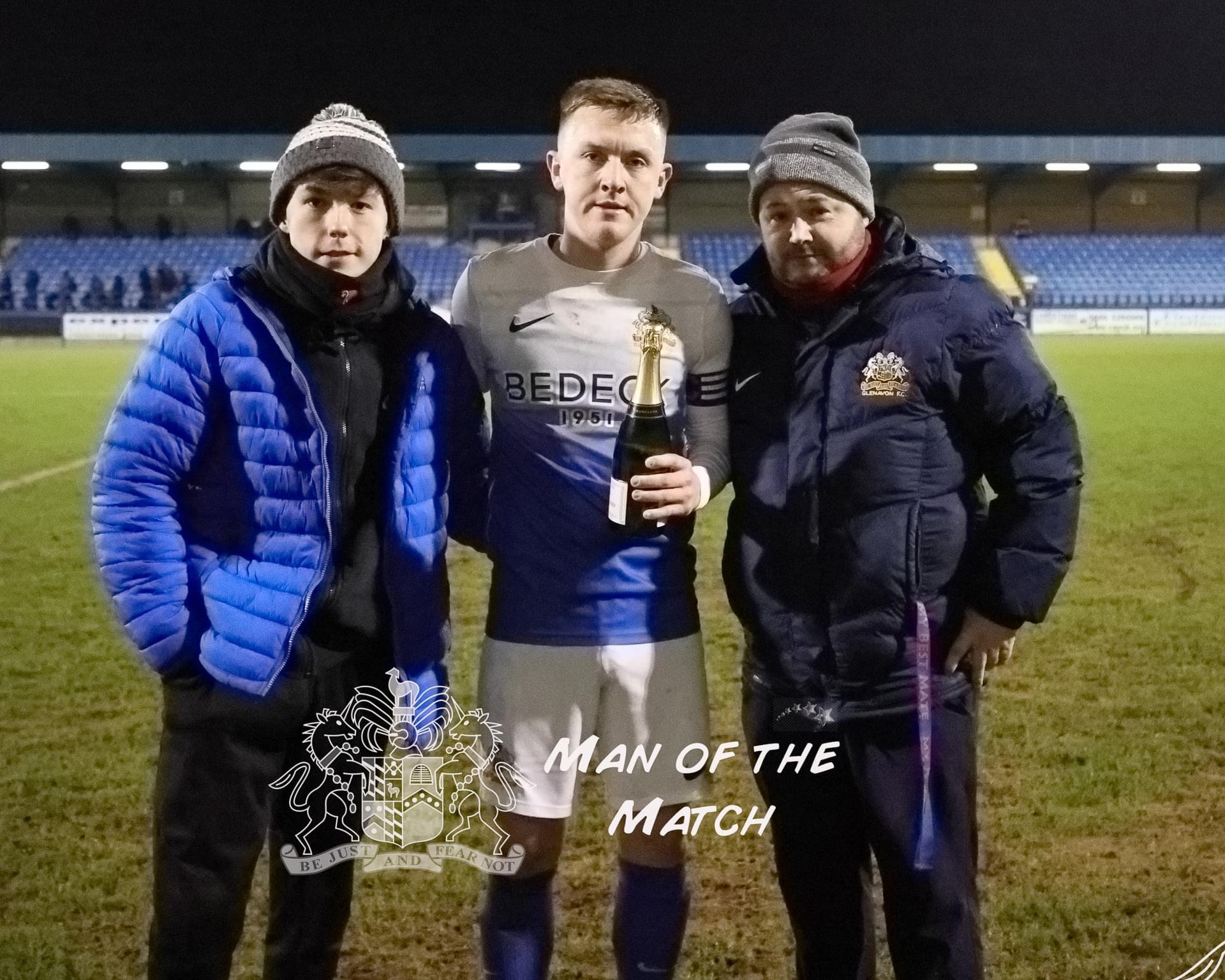