Glenavon slipped to a 2-0 defeat at home to Cliftonville at Mourneview Park on New Year’s Day.

Levi Ives curled in a superb free-kick to open the scoring for the visitors on 17 minutes.

Ryan Curran doubled the advantage in the 54th minute and Cliftonville held on for a comfortable victory which saw them move up to second spot in the league table.

Glenavon started the game well, with top scorer Matthew Fitzpatrick firing over from distance on six minutes, while Cliftonville had to head the ball behind for a corner following an excellent cross from Lurgan Blues skipper James Singleton a minute later.

From the resulting corner, Michael O’Connor delivered a cross from which Mark Stafford really should have got on the end of and tested visiting goalkeeper Luke McNicholas.

Cliftonville eased into the game and Rory Hale sent a long-distance shot over the bar from outside the box on 14 minutes.

Three minutes after that the visitors grabbed the lead. Ives stepped up and curled a brilliant free-kick beyond the dive of James Taylor and into the top right corner after Jamie McDonagh had been fouled by Conor McCloskey.

McDonagh might have added a second for Cliftonville on 33 minutes, but his low shot with his right foot went just past the post and brushed the side-netting, meaning the score remained 1-0 at half-time.

Cliftonville went even closer to getting a second goal in the 52nd minute when defender Jonny Addis headed onto the crossbar following a corner-kick from Jamie McDonagh.

The away side did double their lead three minutes later. Stafford failed to clear Hale’s cross and the ball found its way to Ryan Curran at the back post. He took a touch to steady himself before firing a shot in off the inside of the post.

Curran very nearly scored his second and Cliftonville’s third on 62 minutes. His low shot deflected off Calum Birney, and having left Taylor beaten all ends up was headed for the net, only for Matthew Snoddy to acrobatically head the ball off the line to deny the forward.

McDonagh was a threat for the Reds all afternoon and he came close to capping his impressive performance with a goal in the 78th minute when he broke through on goal on the right, only for Taylor to deny him with a smart save.

Glenavon rarely threatened as the game drew to a close, and Cliftonville held on comfortably for the victory that saw them leapfrog Glentoran into second place in the Premiership standings.

The Lurgan Blues’ attention now turns to the Irish Cup, as they welcome Crusaders to Mourneview Park on Friday night (7th January) for the opening round’s only all-Premiership tie. Kick-off will be at 7.45pm. 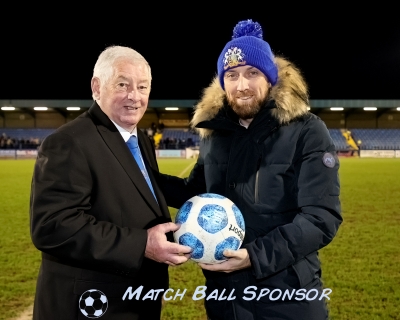 MAN OF THE MATCH SPONSORS – Ian and Claire Hall 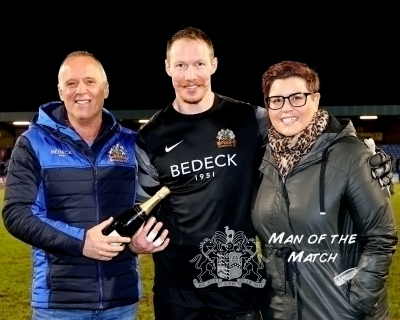