Robbie Weir was given his marching orders for the Crues in the 70th minute for an apparentsecond bookable offence, but it was the visitors who came within a whisker of going in front on 79 minutes when Paul Heatley crashed a shot off the crossbar.

Glenavon lined up with a three-man midfield consisting of Robert Garrett, Michael O’Connor and Matthew Snoddy, and the Lurgan Blues turned in a very good performance, enjoying plenty of possession and moving the ball about well on the deck.

Nevertheless, Crusaders might have gone in front in the 11th minute but for a superb intervention from the excellent Calum Birney. Heatley was poised to pull the trigger until Birney got his boot to the ball at the last second to snuff out the danger.

Glenavon found the net on 20 minutes, only for the linesman to raise his flag and rule it out for offside. Campbell whipped over a low cross from the left and Waterworth converted from close range, but it wasn’t to stand, although several supporters suggested that the official may have made the wrong call.

Campbell was involved again five minutes later when he sent a curling effort towards goal from 20 yards, but the ball drifted harmlessly wide of Jonny Tuffey’s right-hand post.

Campbell had another go in first-half injury time and this time his shot was much better, but Tuffey was equal to it, diving to his left to make a top save, pushing the ball behind for a corner and ensuring that the sides remained level at the break.

Despite being on top, Glenavon continued to be frustrated for much of the second half, but the big turning point of the game arrived in the 70th minute when Weir was shown a red card for a second bookable offence. However, it wasn’t without considerable controversy, with Crues manager Stephen Baxter stating after the game that they believed Weir hadn’t previously been booked before referee Evan Boyce flashed what he at least believed to be a second yellow.

Ironically, Crusaders carried more of a threat when they went a man down. Captain Declan Caddell had the ball in the net two minutes after Weir’s dismissal after he’d been slipped in by Heatley, but like Waterworth’s first-half effort, the linesman ruled it out for offside.

The visitors then really should have taken the lead on 79 minutes. They broke at pace and substitute Johnny McMurray was released on the right. He picked Heatley out with a low cross and the forward set himself before hitting a powerful shot goalward. Luckily for Glenavon, it crashed back off the crossbar.

Glenavon took full advantage of that let-off, as they grabbed the winner their overall display warranted six minutes later. Sean Ward fed the ball out to Hall on the right and he picked out Fitzpatrick with a low cross. The Lurgan Blues’ top scorer swept a first-time shot into the bottom right-hand corner, giving Tuffey no chance.

There was to be one late scare for Glenavon when Heatley’s shot squirmed under goalkeeper James Taylor, but thankfully for the Mourneview faithful the ball trickled behind for a cornerand the three points were to be safe.

A second win on the bounce sees Gary Hamilton’s men move up into seventh place in the Danske Bank Premiership.

Glenavon will be at home again next Saturday (11th December), as they welcome fifth-placed Coleraine to Mourneview Park. Kick-off will be at 3pm. 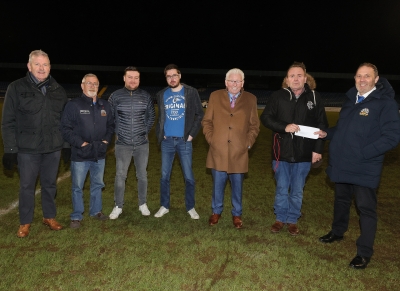 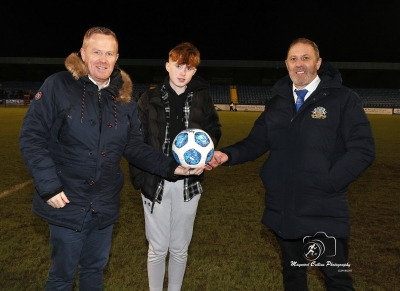 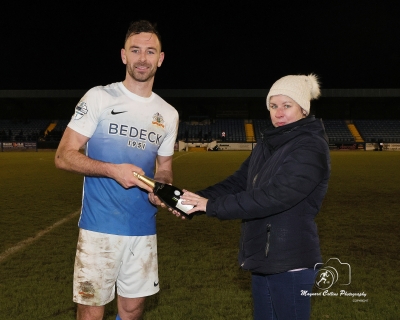