Skip to content
Previous Next
MATCH REPORT: O’Connor at the double for Glenavon

Two goals from Michael O’Connor helped Glenavon to a 3-0 win over Warrenpoint Town at Milltown on Saturday afternoon.

Matthew Fitzpatrick opened the scoring for the Lurgan Blues on 29 minutes when he lobbed Point goalkeeper Conor Mitchell.

O’Connor doubled the lead in the 44th minute when he converted from the penalty spot after Peter Campbell had been fouled.

The midfielder then grabbed his second and Glenavon’s third in first-half stoppage time when he volleyed home following a Campbell corner to wrap up the three points for Gary Hamilton’s side before the half-time whistle had been blown.

Glenavon had an early scare when James Taylor initially failed to catch a cross in the fourth minute, but the goalkeeper eventually managed to gather the ball.

On 18 minutes Campbell did well to fashion a chance for himself, but his low shot was saved by Mitchell.

Josh Doyle whipped a dangerous low cross across the face of goal in the 26th minute, but no teammate could get on the end of it.

The deadlock was broken one minute before the half-hour mark. Robert Garrett’s ball over the top of the Warrenpoint defence sent Fitzpatrick clear and the striker made no mistake, calmly lobbing the ball over the onrushing Mitchell and into the net to make it 1-0 to the visitors.

The home side threatened to hit back on 40 minutes when Jonathan Leddy broke clear on the left, but his low shot eventually went wide of the far post.

Glenavon almost doubled their lead two minutes later. Campbell raced towards goal after an error from Luke Wade Slater. The winger squared the ball but it was just too far in front of Josh Doyle and the chance was lost.

The second goal did arrive in the 44th minute. A penalty was awarded when Gavin Peers was adjudged to have fouled Campbell. Up stepped O’Connor, and he sent Mitchell the wrong way as he coolly stroked home from the spot.

O’Connor notched his second and Glenavon’s third in the second minute of first-half injury time. Campbell whipped over a corner from the right. Warrenpoint captain Daniel Byrne headed the ball towards the edge of the box, where O’Connor met it on the run and skilfully steered a volley into the top corner to settle the game.

In a second half that was much less eventful than the first the away side came close to grabbing a fourth goal on 67 minutes when substitute Calum Birney struck a wicked volley, but Mitchell made a superb save, diving to his right and pushing the ball onto the bar.

Glenavon saw out the remainder of the game comfortably to secure a welcome three points.

The Lurgan Blues face a stern test next Saturday (27th November) as they welcome reigning champions Linfield to Mourneview Park. Kick-off is at 5.30pm. 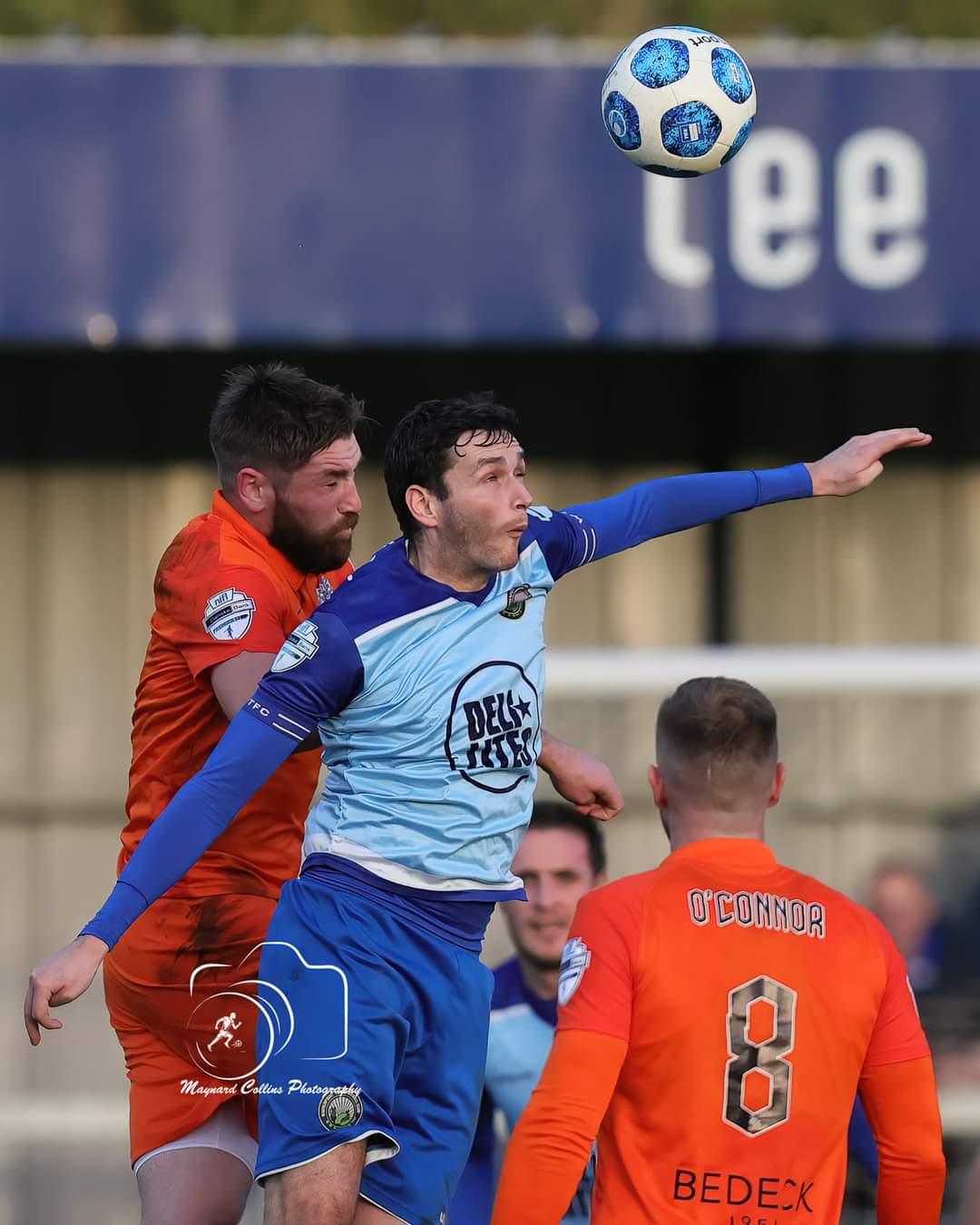 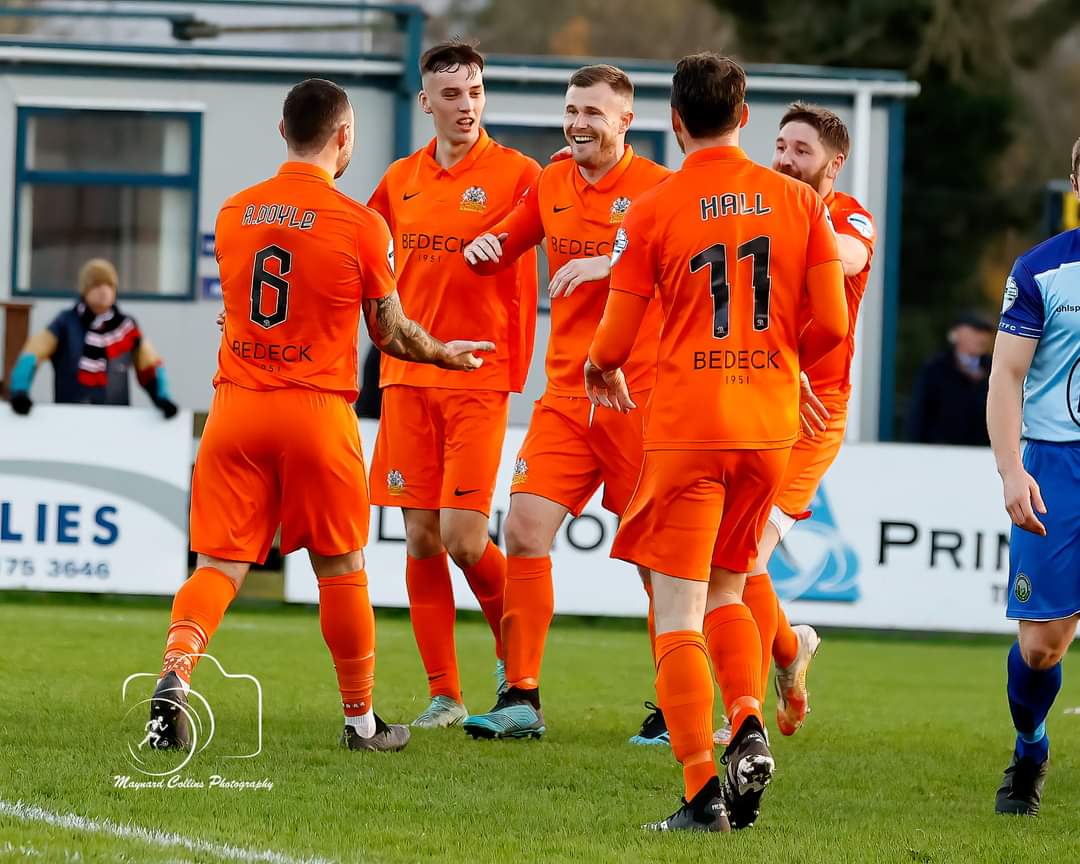 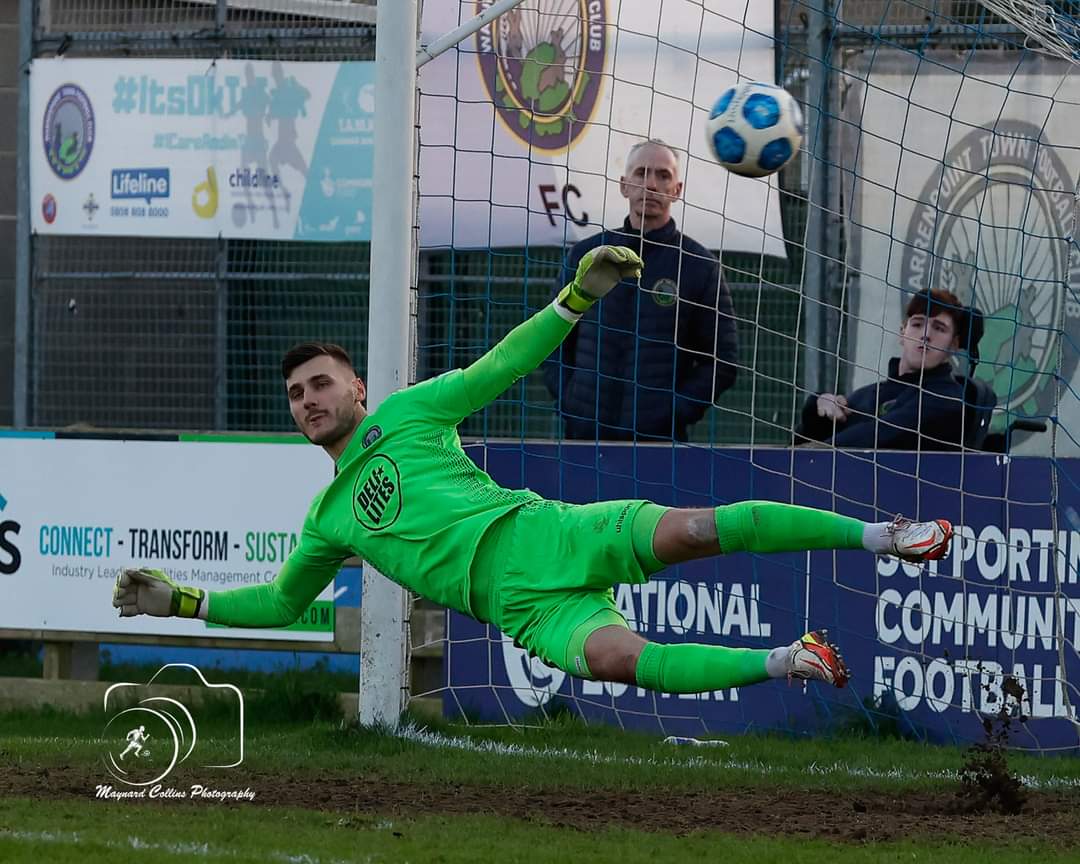 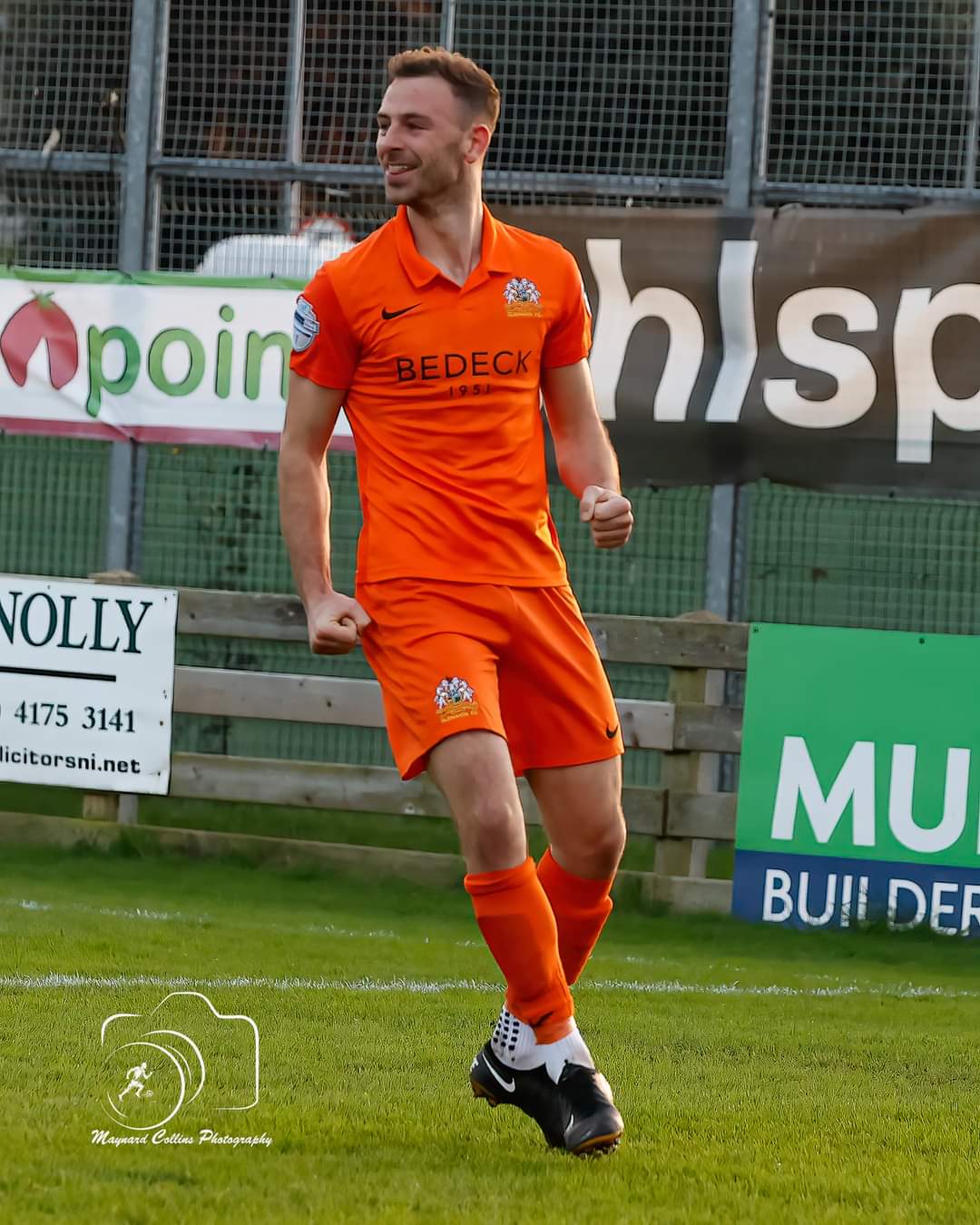 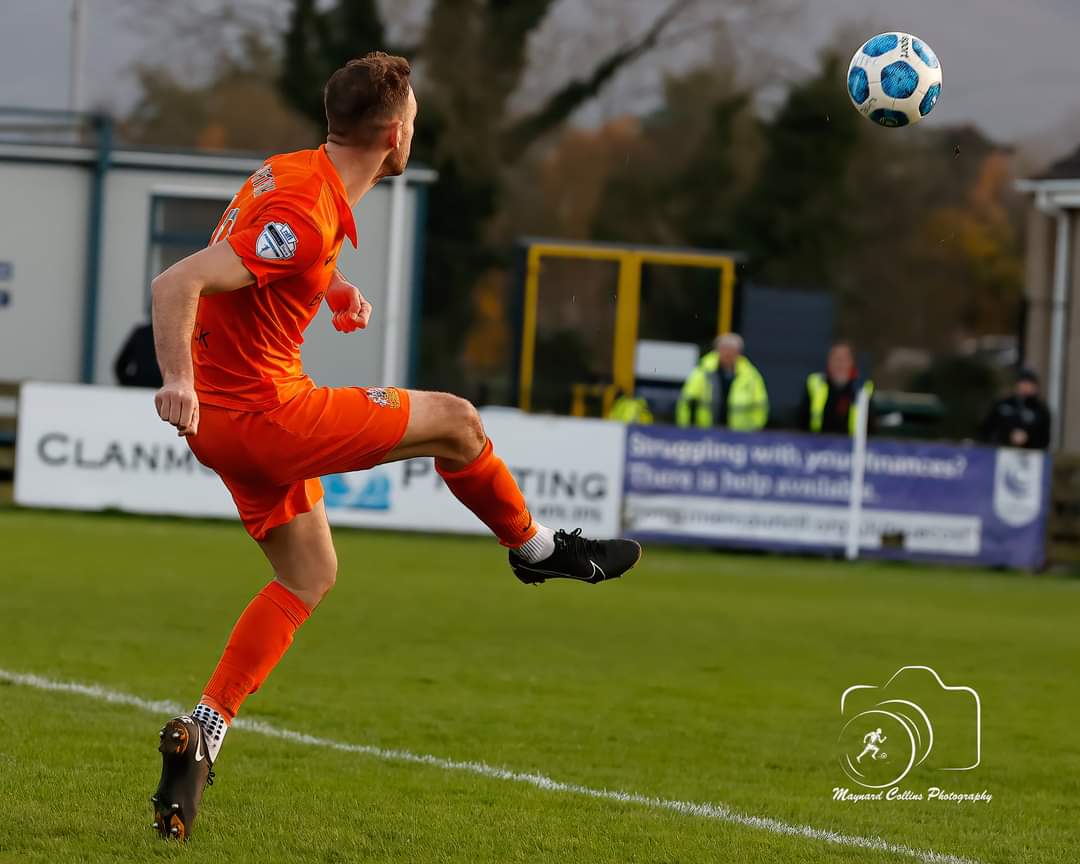 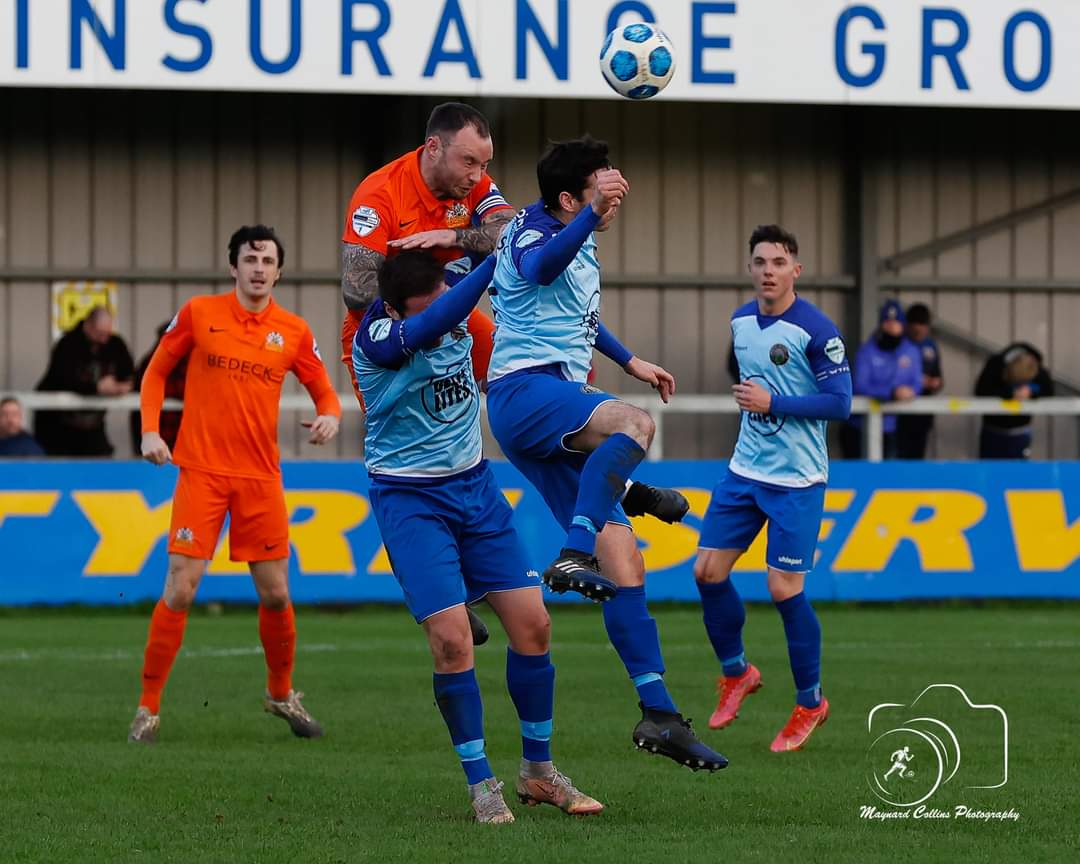 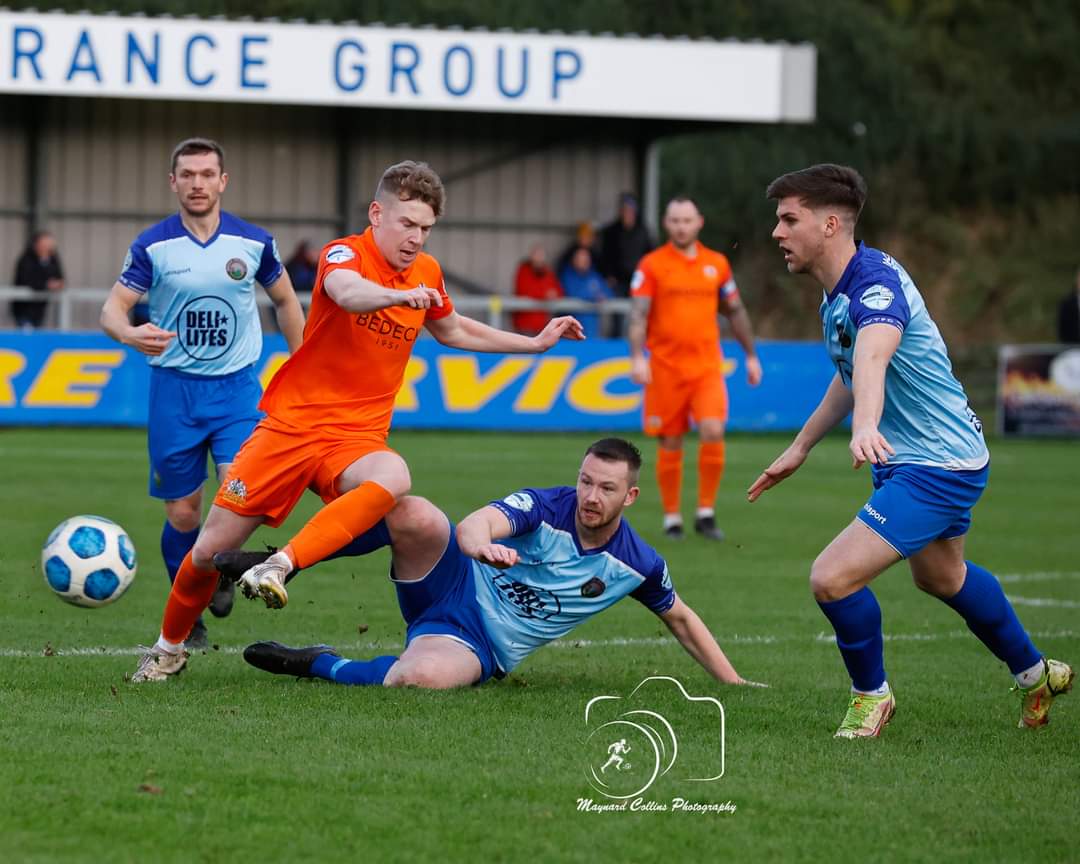