Glenavon suffered a narrow 1-0 defeat at the hands of Ballymena United at Mourneview Park on Saturday afternoon.

Kenneth Kane scored what proved to be the winning goal on 34 minutes when he did well to bring down a high ball before turning Mark Stafford and firing a low shot into the far corner.

The Sky Blues almost grabbed the lead in the eighth minute when Conor Keeley saw his header crash off the crossbar from Ross Redman’s corner.

At the other end six minutes later Matthew Fitzpatrick nearly slipped Peter Campbell in with a through-ball, but former Glenavon midfielder Andy McGrory did well to intercept.

Ballymena’s Dougie Wilson ended up on the deck in the 27th minute and his teammates reacted furiously. Referee Shane McGonigle spoke to Glenavon’s James Singleton and Michael O’Connor, but no cards were produced.

The visitors again came close to opening the scoring on the half-hour mark when Kane saw his effort cleared off the line by Glenavon defender Daniel Wallace.

However, the Ballymena striker wasn’t to be denied four minutes later. Ryan Waide hooked a high ball into the Glenavon penalty area and Kane produced a brilliant first touch to bring it under control, then turned Stafford before drilling a low shot into the far corner with his left foot to give the Braidmen a half-time lead.

Some good football from the Lurgan Blues four minutes into the second period saw the ball find Fitzpatrick out on the left flank. The striker cut inside and let fly with a shot, but the effort went well over the bar.

Disappointingly, though, that was to be about as good as it got for Glenavon in the second half as they carried no real threat going forward, and Ballymena comfortably protected their one-goal lead to secure three points and leapfrog the Lurgan Blues into eighth place in the Premiership table.

Gary Hamilton will know that his players will need to put in a much better performance next Saturday (13th November) if they are to stand any chance of getting a result away to second-placed Larne. Kick-off at Inver Park is at 3pm. 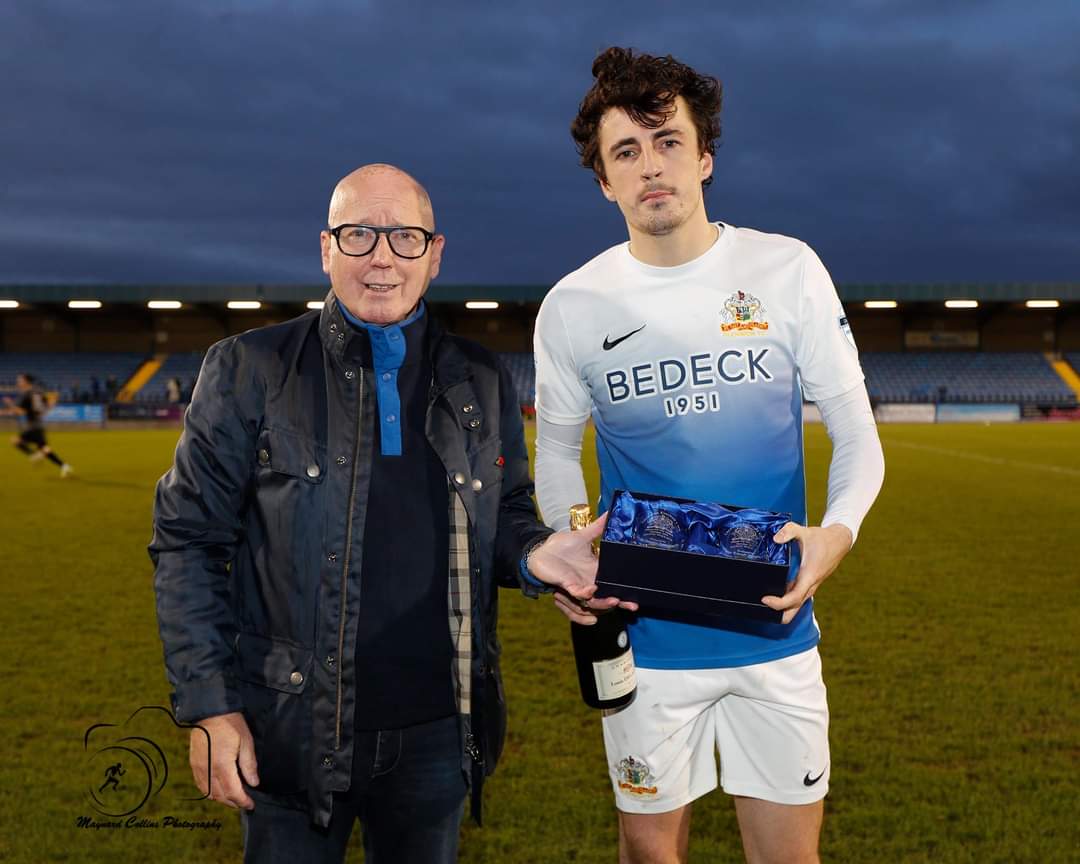 Danny Wallace is presented with the Triangle GSC Player of the Month award. 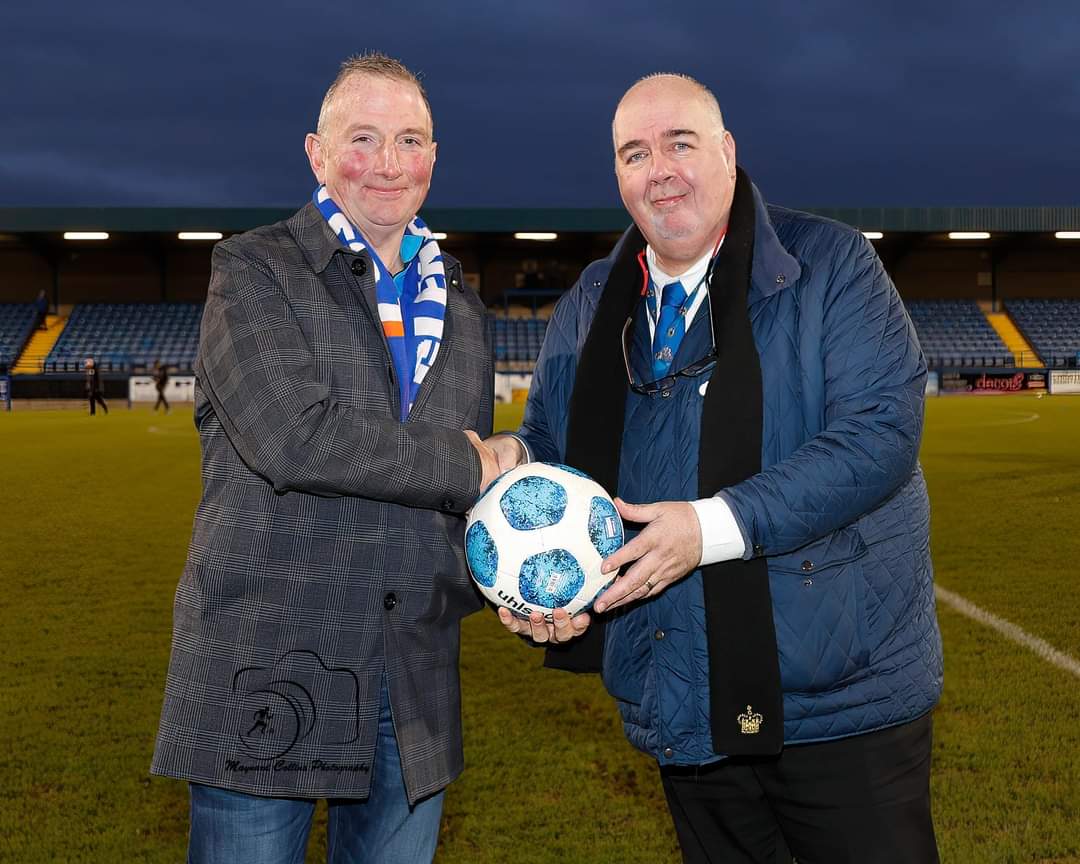 Neil Dillon was Saturday’s ball sponsor. He was thanked for his support by Glenavon director Stevie Brown. 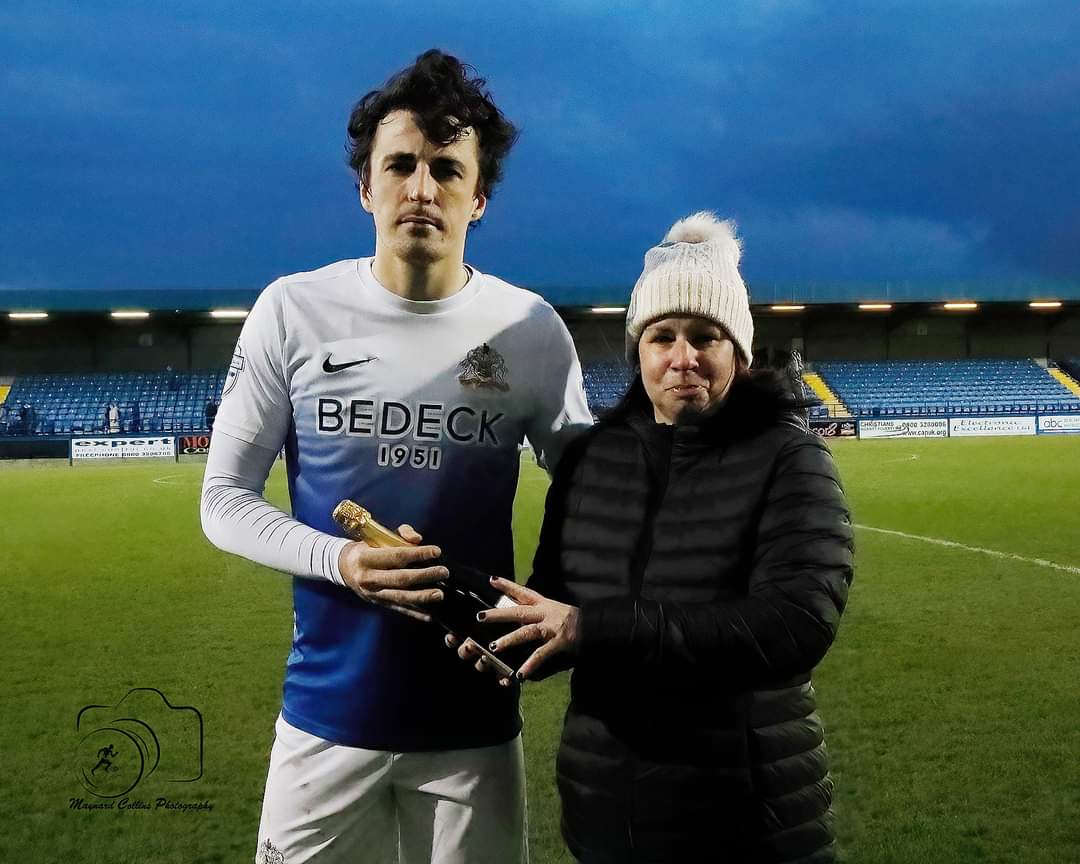 Ethna Ferran, who picked the Man of the Match alongside Barry Craig, presents Danny Wallace with his reward for his performace against Ballymena United. 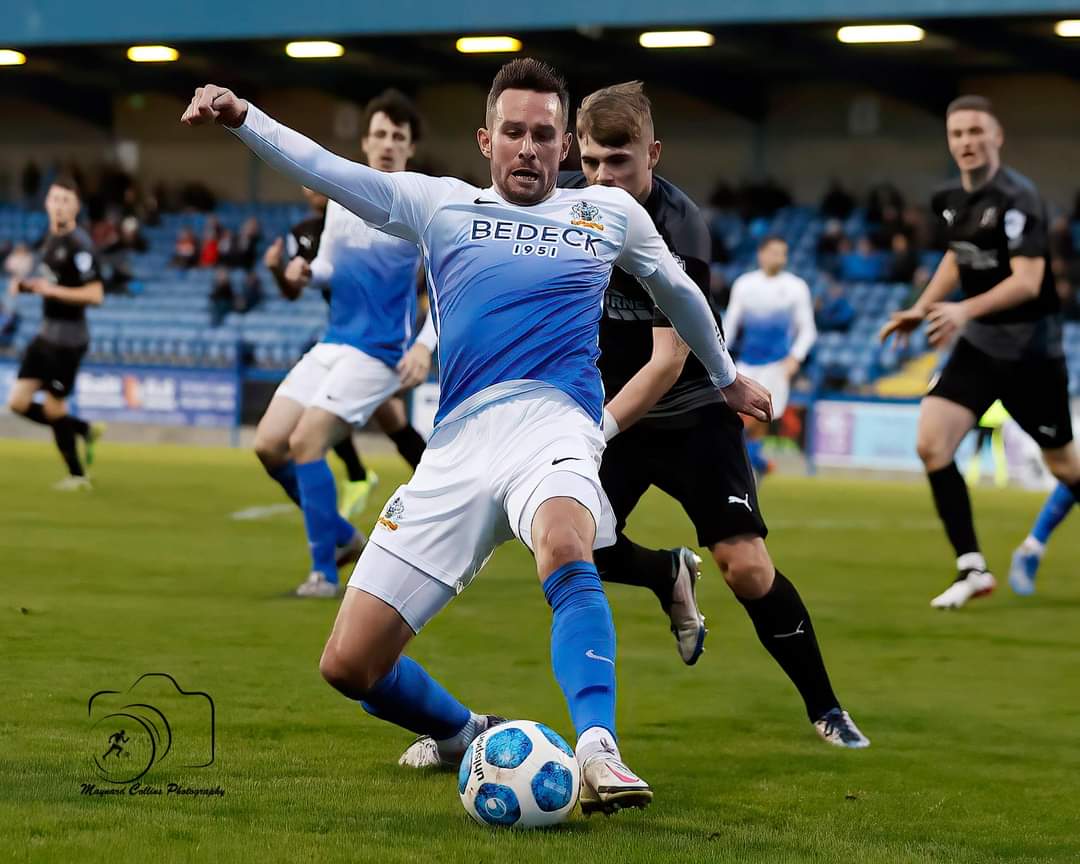 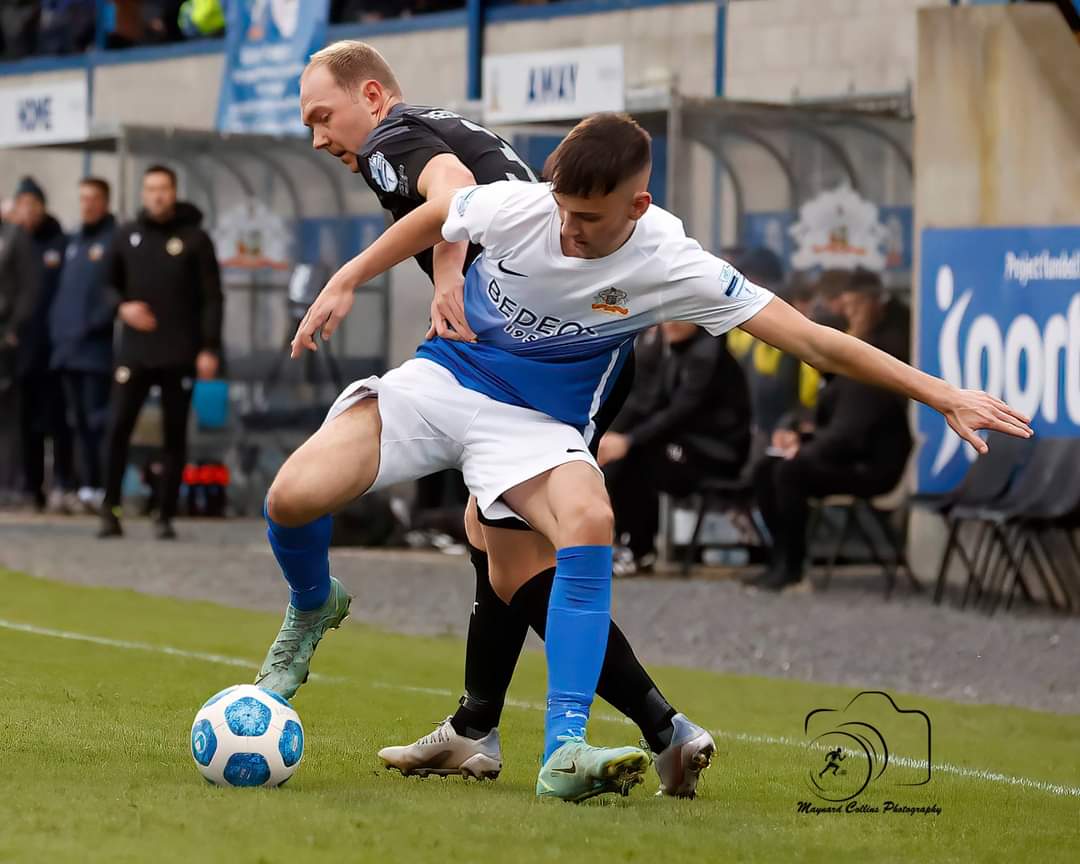 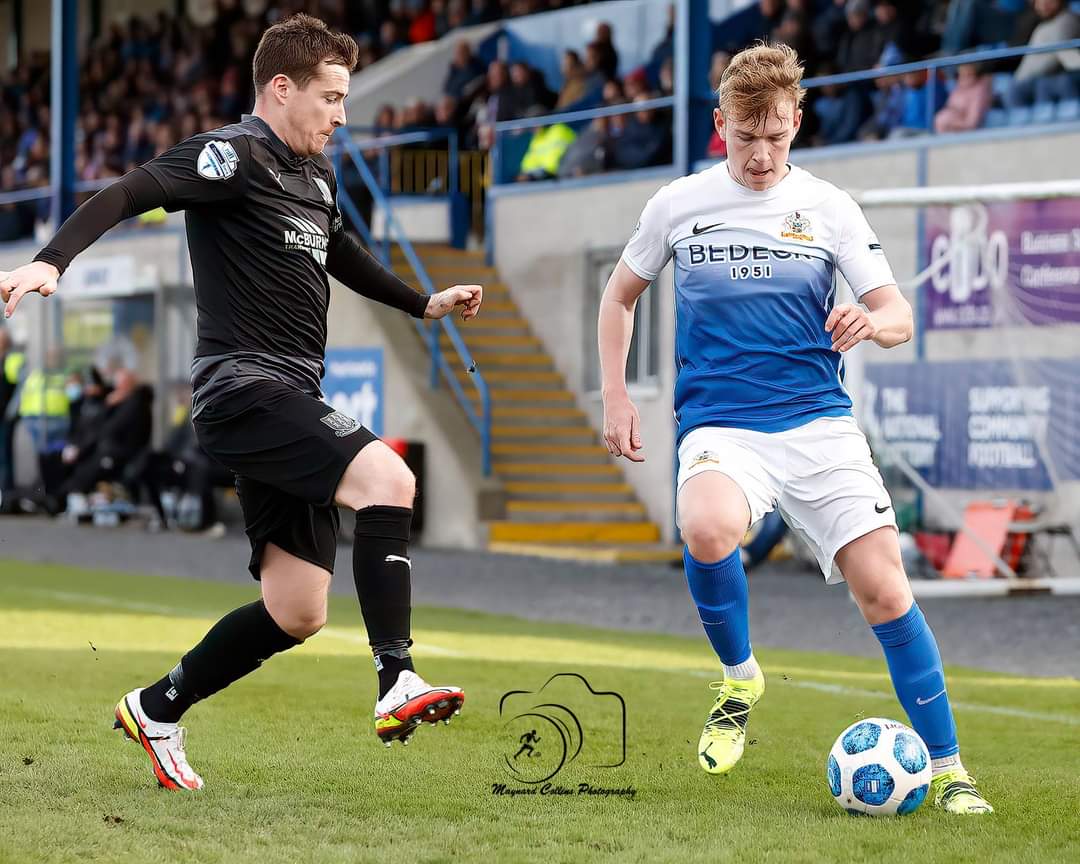 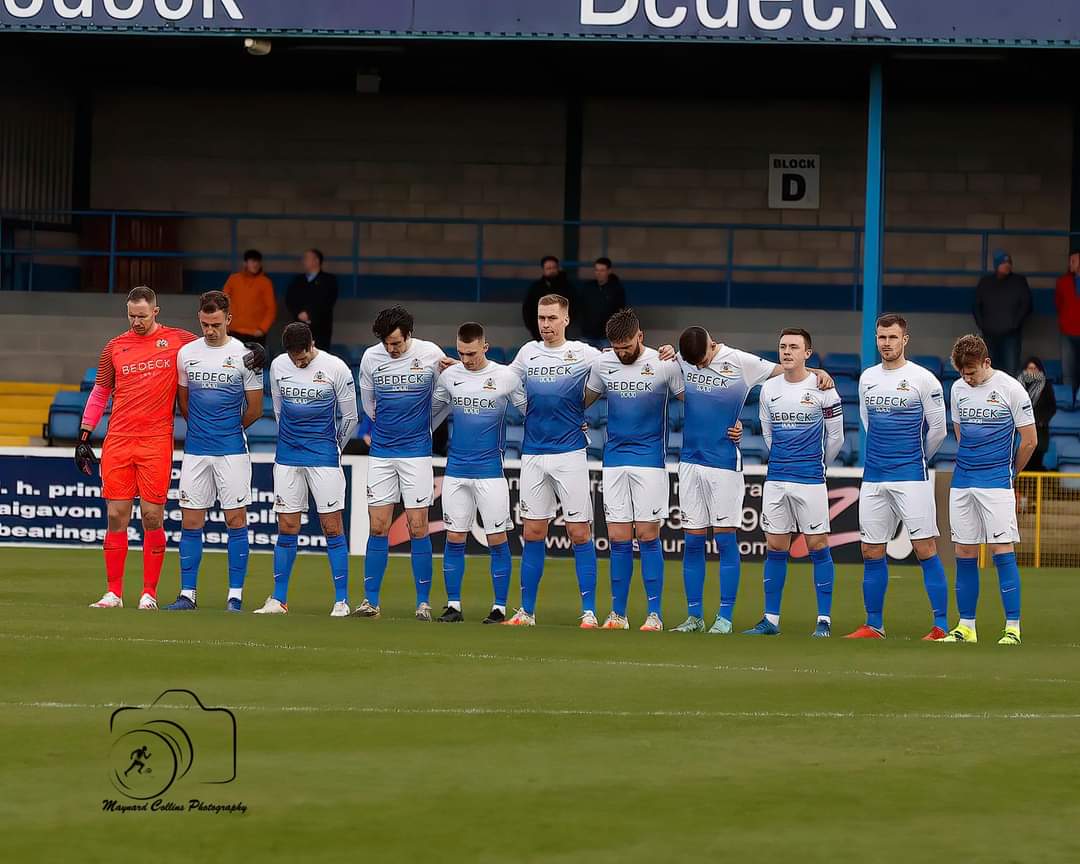 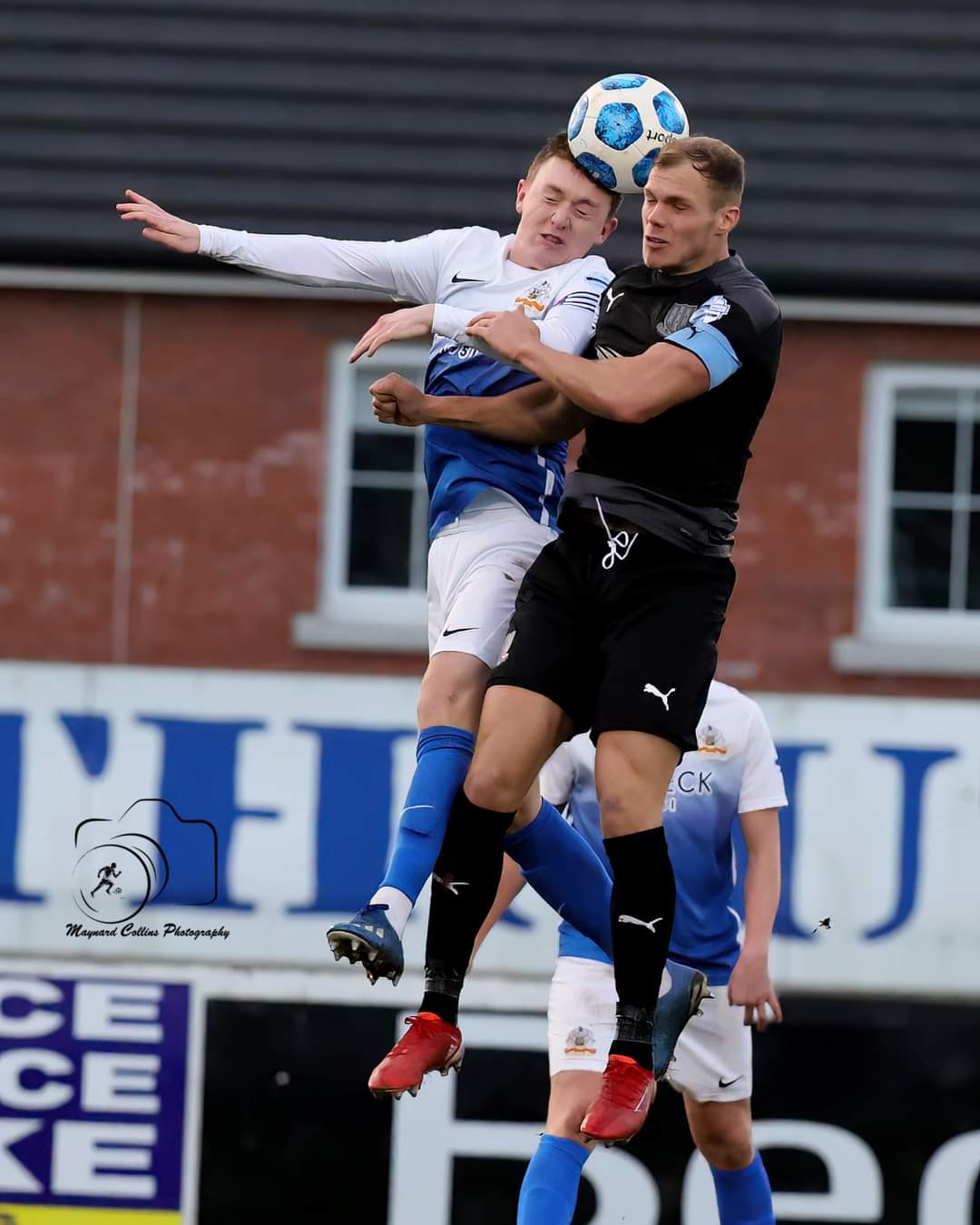 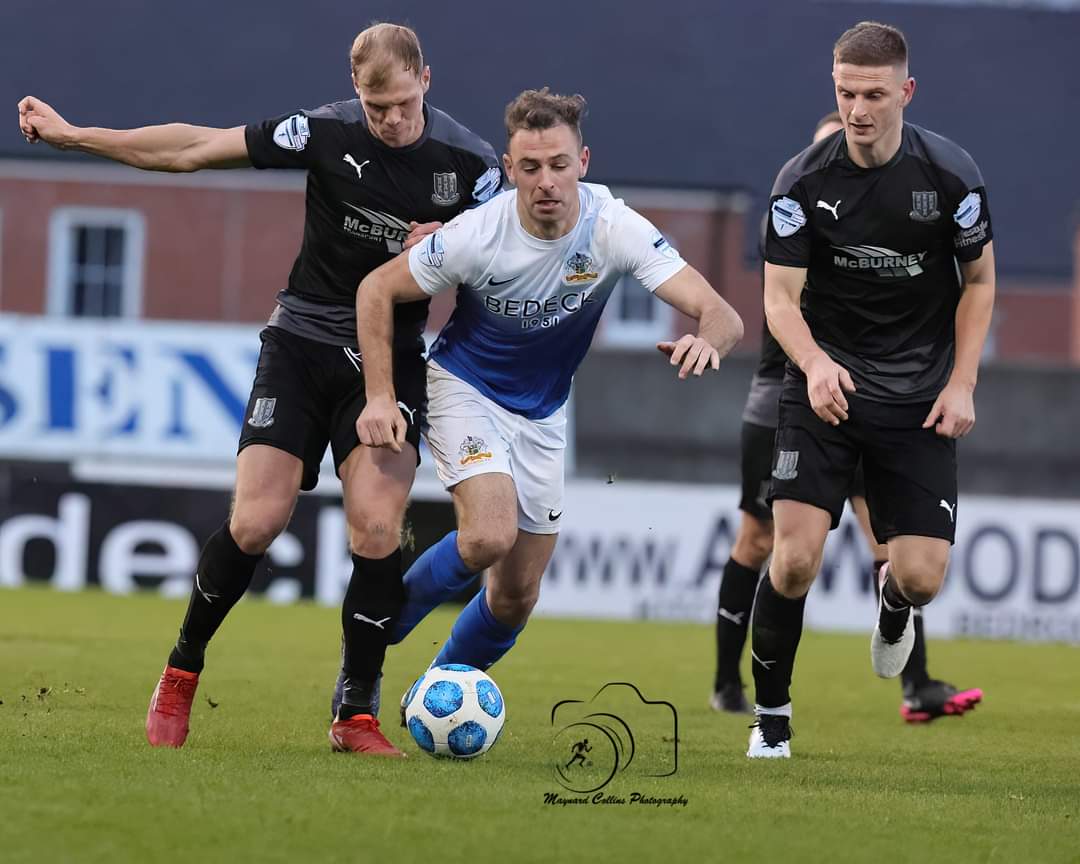 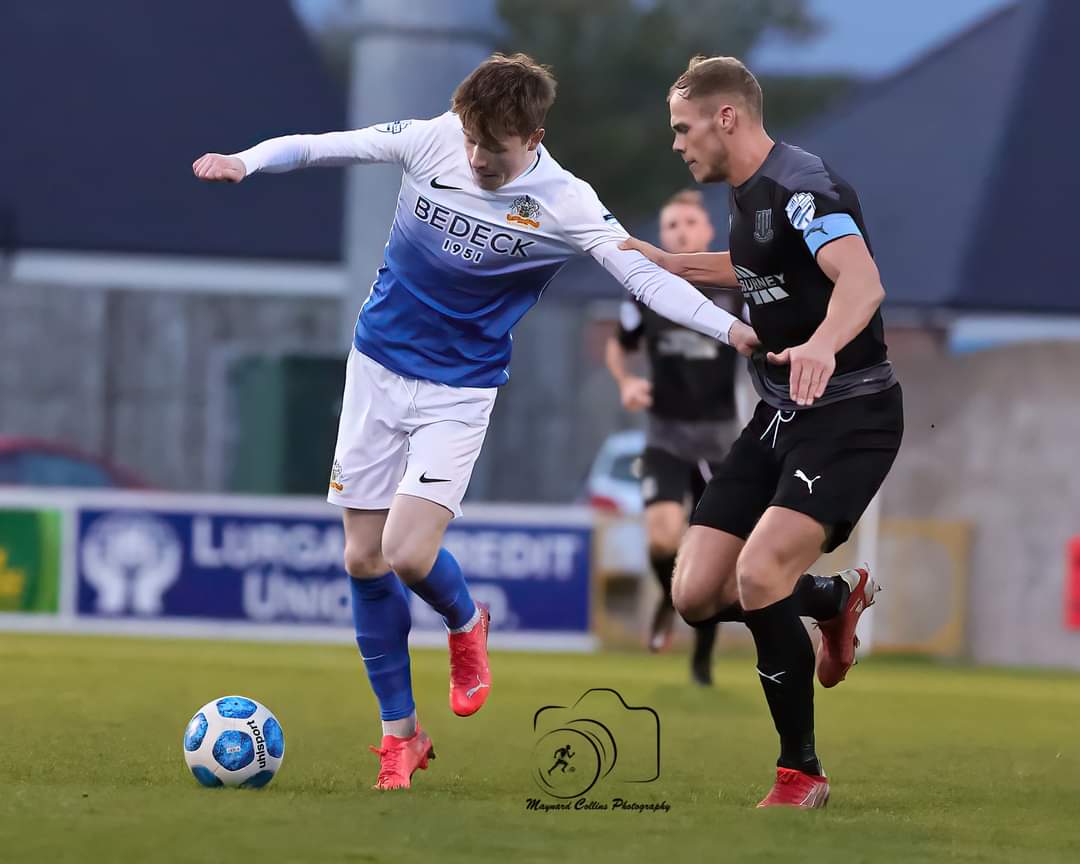