A decade and two Irish Cups later, Gary has been awarded a testimonial year by the club.

A committee, made up of club volunteers as well as Gary’s friends and family, have been tasked with organising a number of events to mark the occasion.

The first of those will be a Night at the Races, which will take place after the Linfield game on Saturday, November 27 at 8.30pm.

Tickets for the event, which will be held in the Bedeck Suite, will be on sale through the ticketing section of glenavonfc.com costing £10. There will also be a chance for those who are unable to attend the night but who want to show their support for Gary to buy a ‘non-attending’ ticket through the same method.

Meanwhile there are opportunities for individuals, groups or businesses to sponsor the event. You can sponsor a horse for £20 or a race for £100.

In return, those who sponsor a race will get a home or away top which they can have signed by the man himself, which the sponsor of the horse which is first past the post will receive a bottle of wine or spirits.

For further information about sponsorship on what promises to be a great night, contact Jeff Magee on 07776 200 253.

And keep your eyes peeled for further events which will be announced in due course. 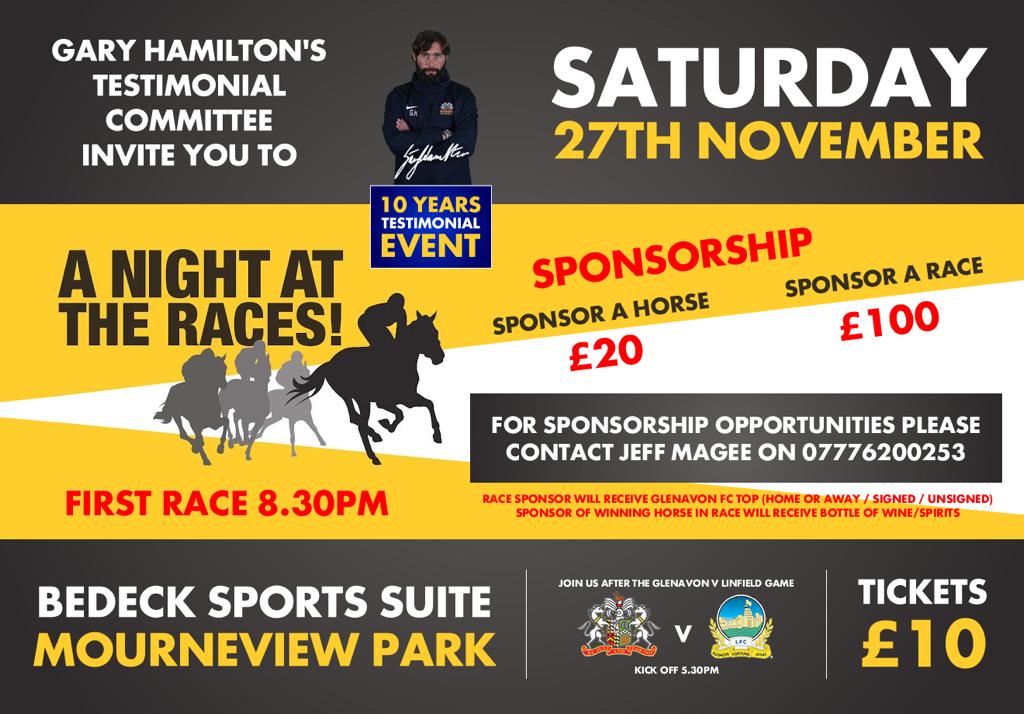