The visitors were on top for large spells of the game, but it looked as though the resolute Lurgan Blues were going to hold on for a point until Mitchell struck from distance with just over 10 minutes left on the clock. Glenavon goalkeeper Declan Brown will be bitterly disappointed that he failed to save the Larne midfielder’s shot.

Glenavon striker Andrew Waterworth was presented with a half-chance in the sixth minute when Cian Bolger’s backpass was short. Waterworth latched onto the loose ball and fired a low shot towards goal, but it went wide of the left post.

Some Glenavon fans thought Kyle Beggs had opened the scoring two minutes later, but his shot brushed the wrong side of the net after he’d burst through on the right flank.

Former Glenavon player Ben Doherty then went close for Larne on 11 minutes. His low left-foot shot went narrowly wide of the near post after he’d played a neat one-two on the edge of the penalty area.

A minute later Glenavon goalkeeper Brown appeared to take down McDaid as he broke clear on goal. Had referee Steven Gregg adjudged it to have been a foul it almost certainly would have resulted in a red card. Thankfully for the home side, he didn’t.

Brown was forced into a save in the 29th minute when he had to dive down to his left to keep out a Navid Nasseri shot, and it remained goalless at the break.

Beggs produced a searing run on the left 10 minutes into the second half, bursting past the Larne defence and all the way into the penalty area before squeezing a shot in. His effort was from a tight angle, however, and Larne goalkeeper Rohan Ferguson was able to make the save.

At the other end on 59 minutes Mark Randall shot from distance, and Brown had to dive to his right to push the ball round the post.

Lee Lynch then went close for Larne five minutes later following a one-two. From the resulting Doherty corner Kofi Balmer will wonder how he failed to hit the target with his header.

Substitute Ronan Hale let fly with a low shot from distance in the 76th minute. Brown made another smart save, this time diving down to his left and pushing the ball round the post.

Just when it looked like Glenavon were going to hold on for a hard-earned point, it was an individual error that gifted the away side all three points. Mitchell had been superb for Larne all evening in a holding midfield role, but he got into an advanced position on 79 minutes and tried his luck with a shot from 30 yards. It was a well enough struck effort from Mitchell, but it was straight at Brown, and the goalkeeper could only flap at the ball with one hand when he really should have used both to make a fairly routine save.

Glenavon might have equalised two minutes from time when Michael O’Connor picked out Mark Haughey with a corner from the right. The Lurgan Blues’ captain didn’t seem to time his jump correctly, and he could only head over the bar when he really should have at least tested the goalkeeper.

Gary Hamilton’s men are at home again on Saturday, as they welcome Glentoran to Mourneview Park (kick-off 3pm). 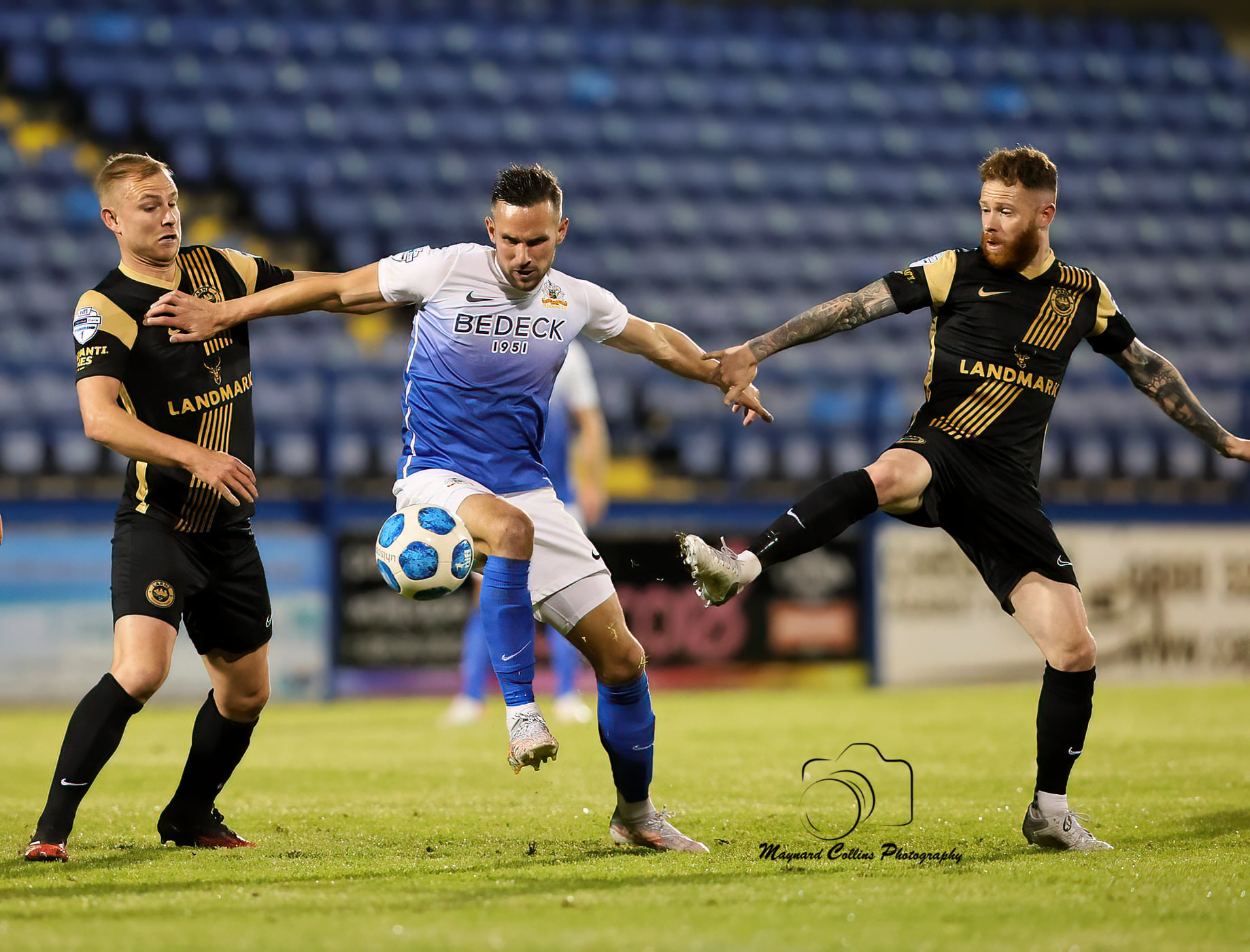 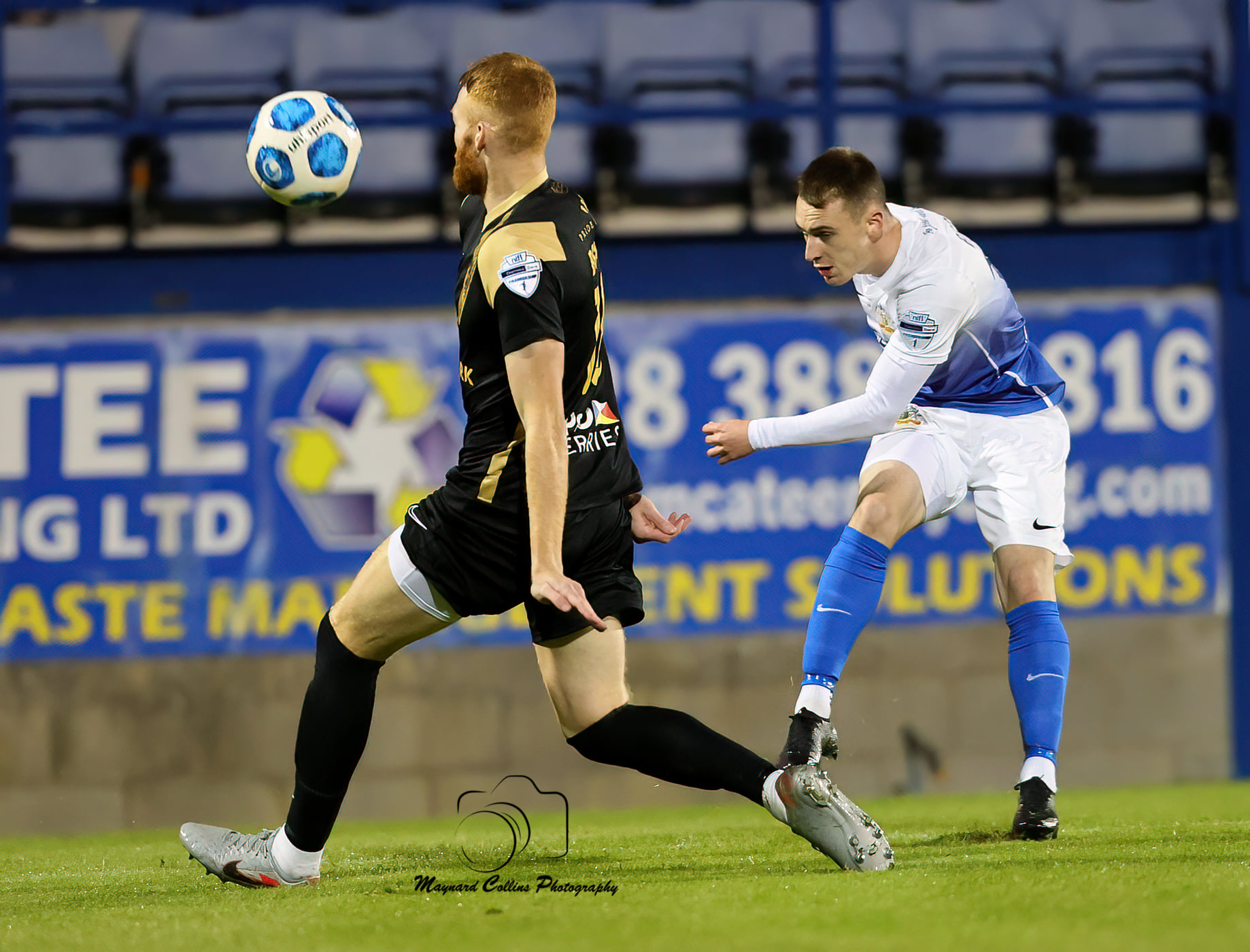 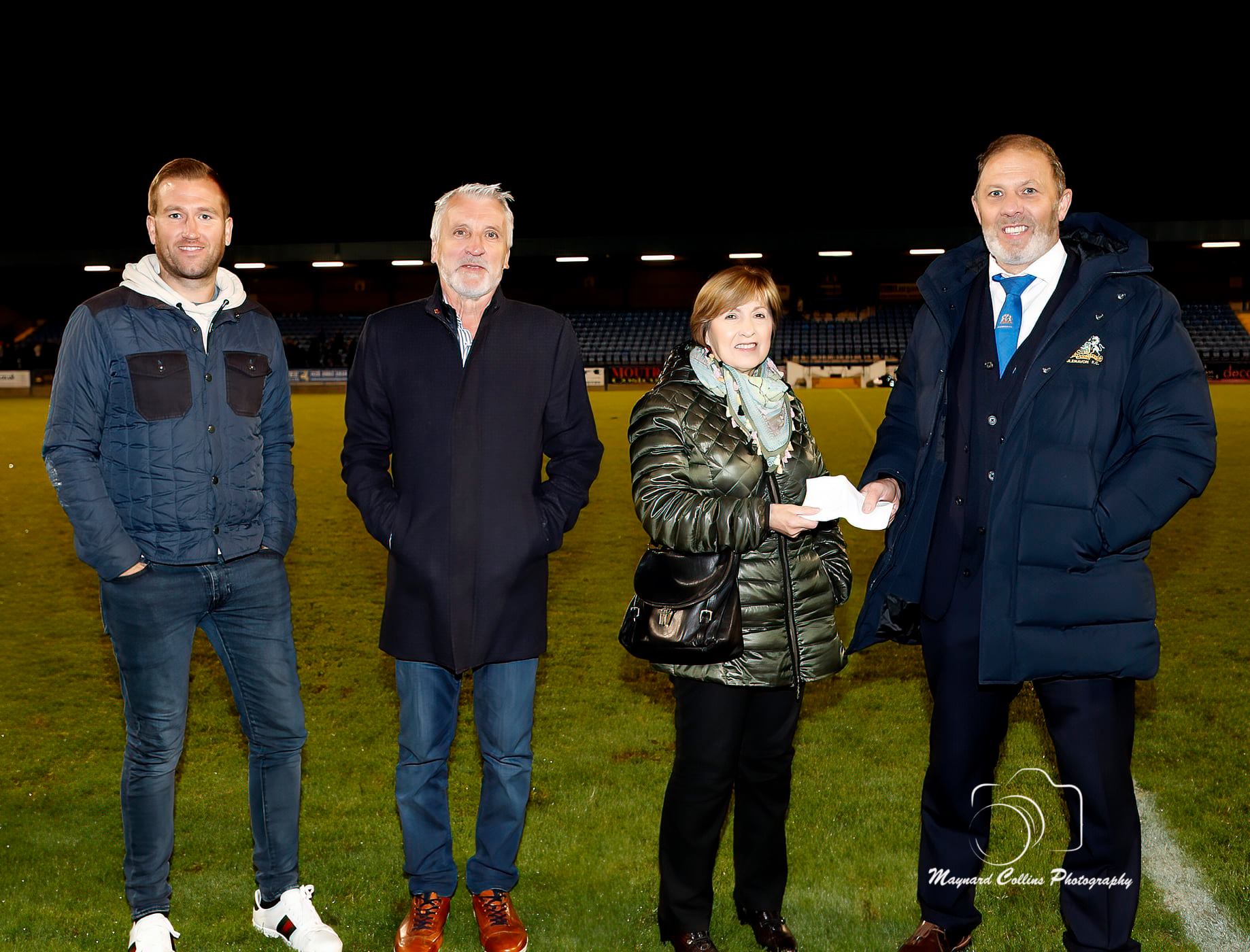 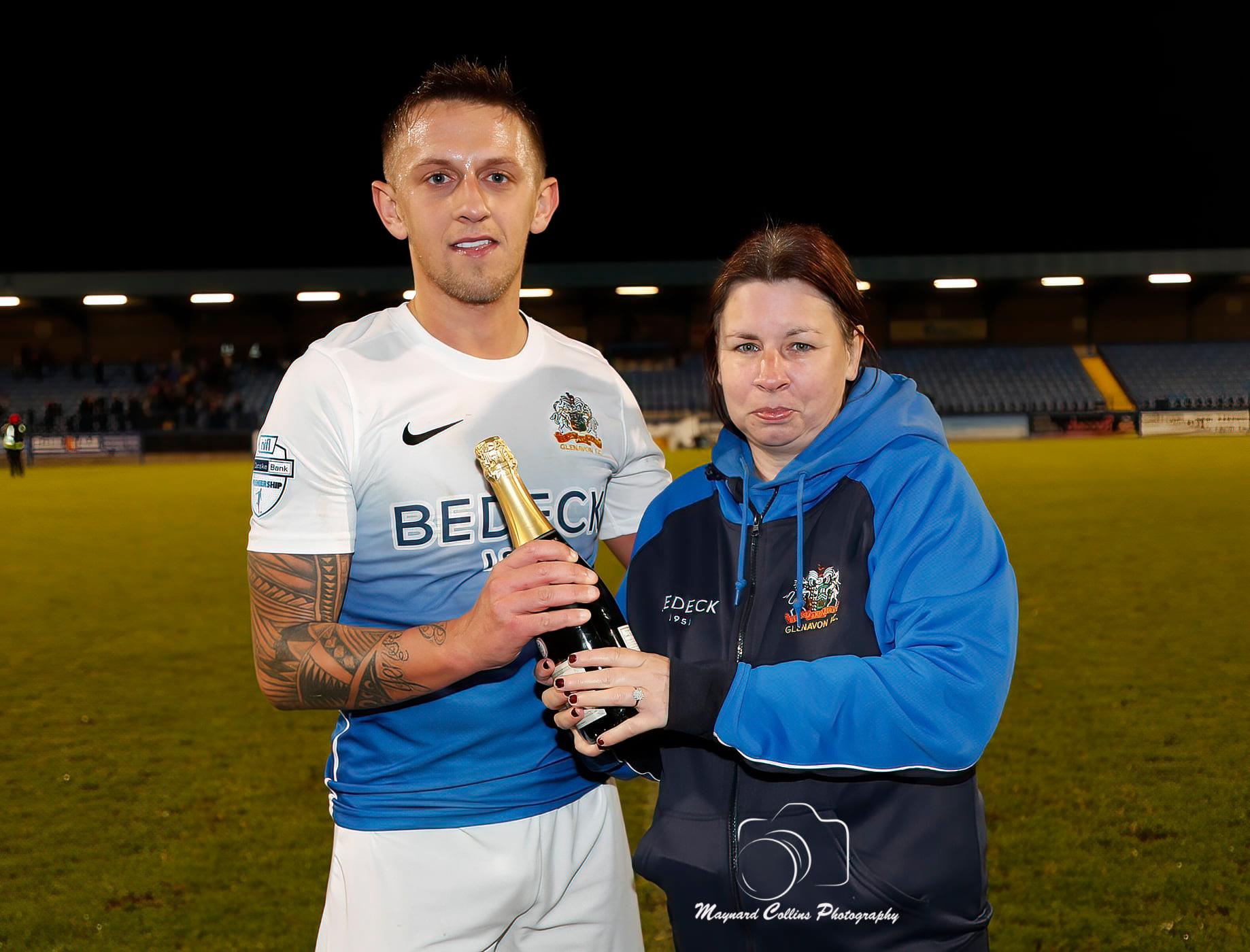 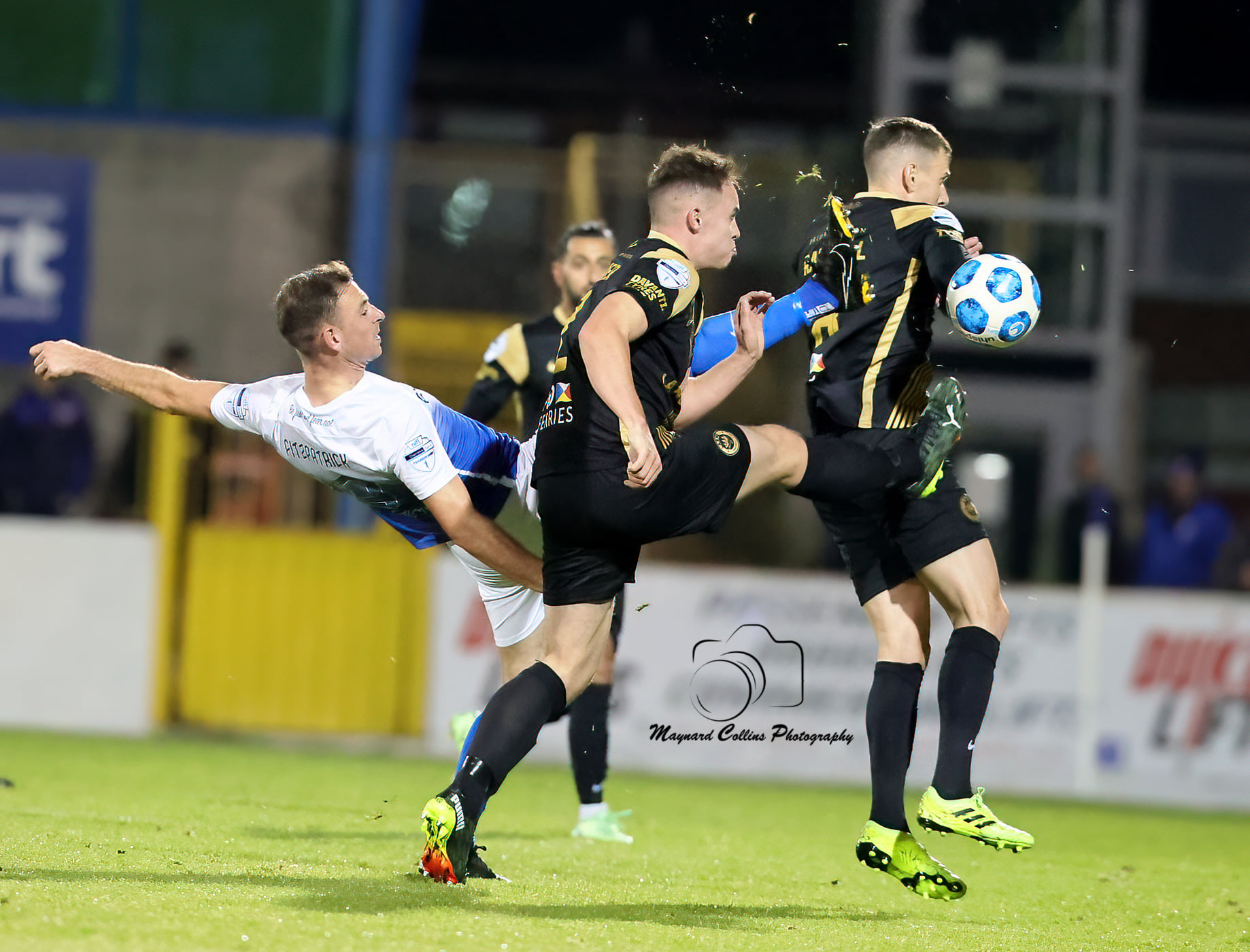 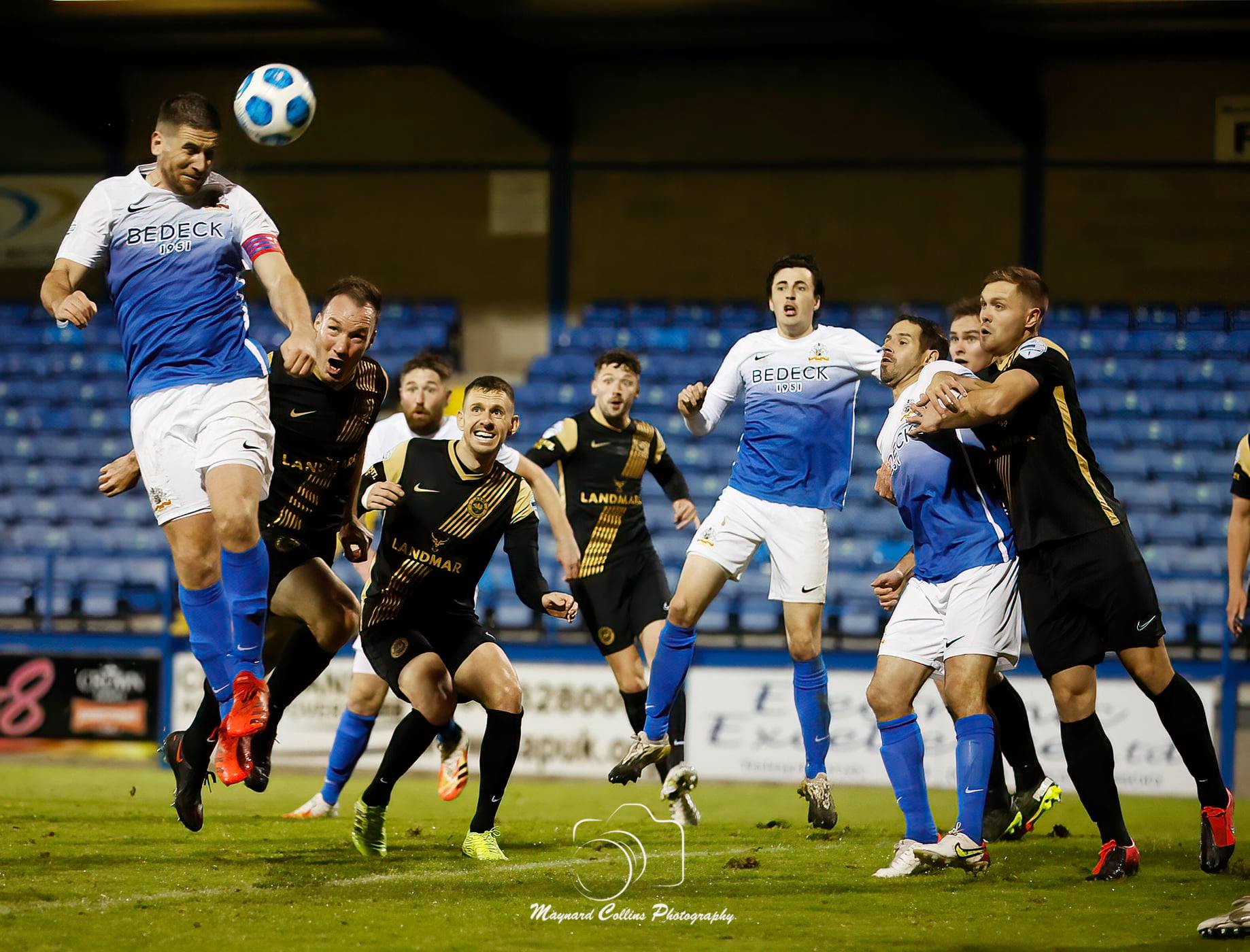 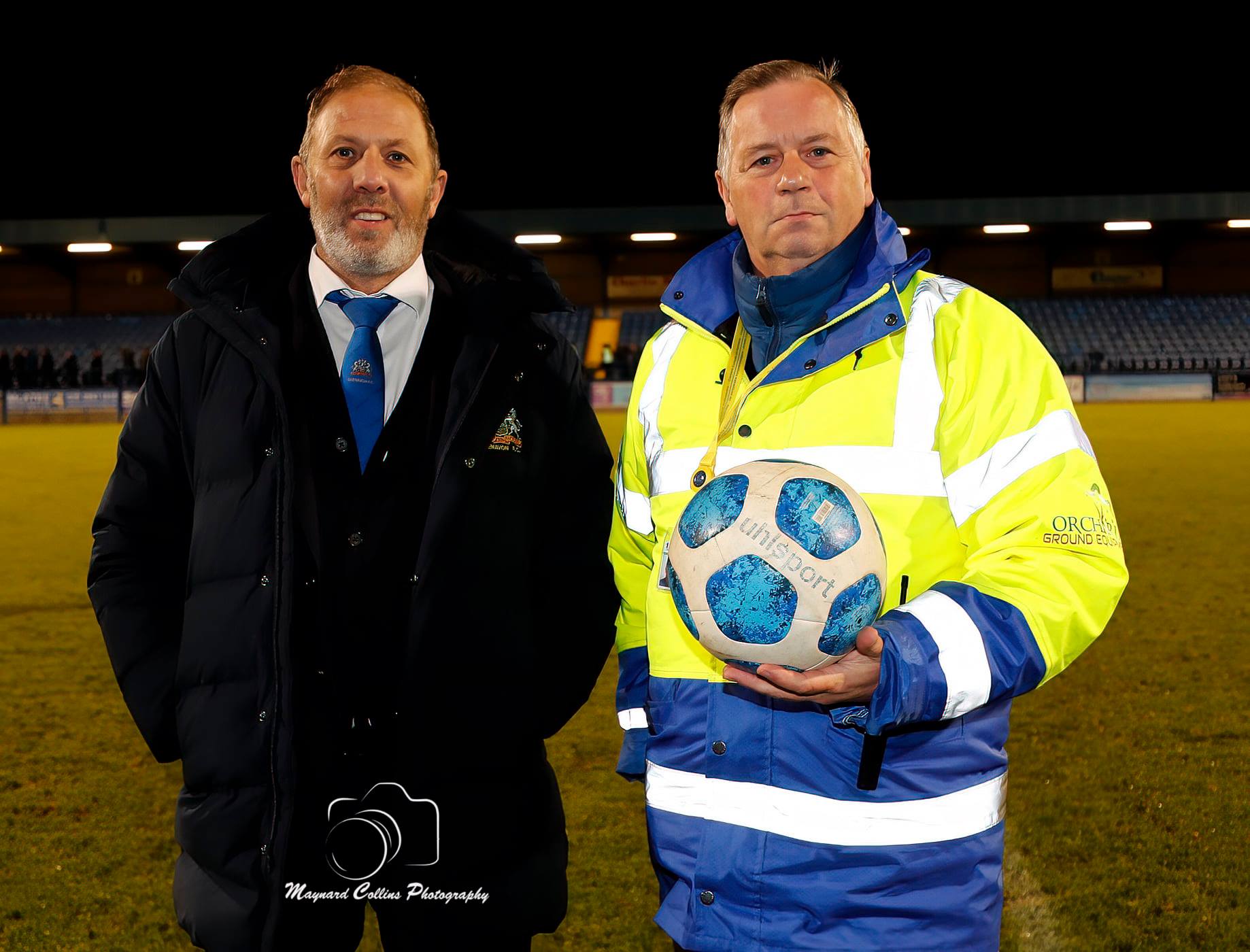 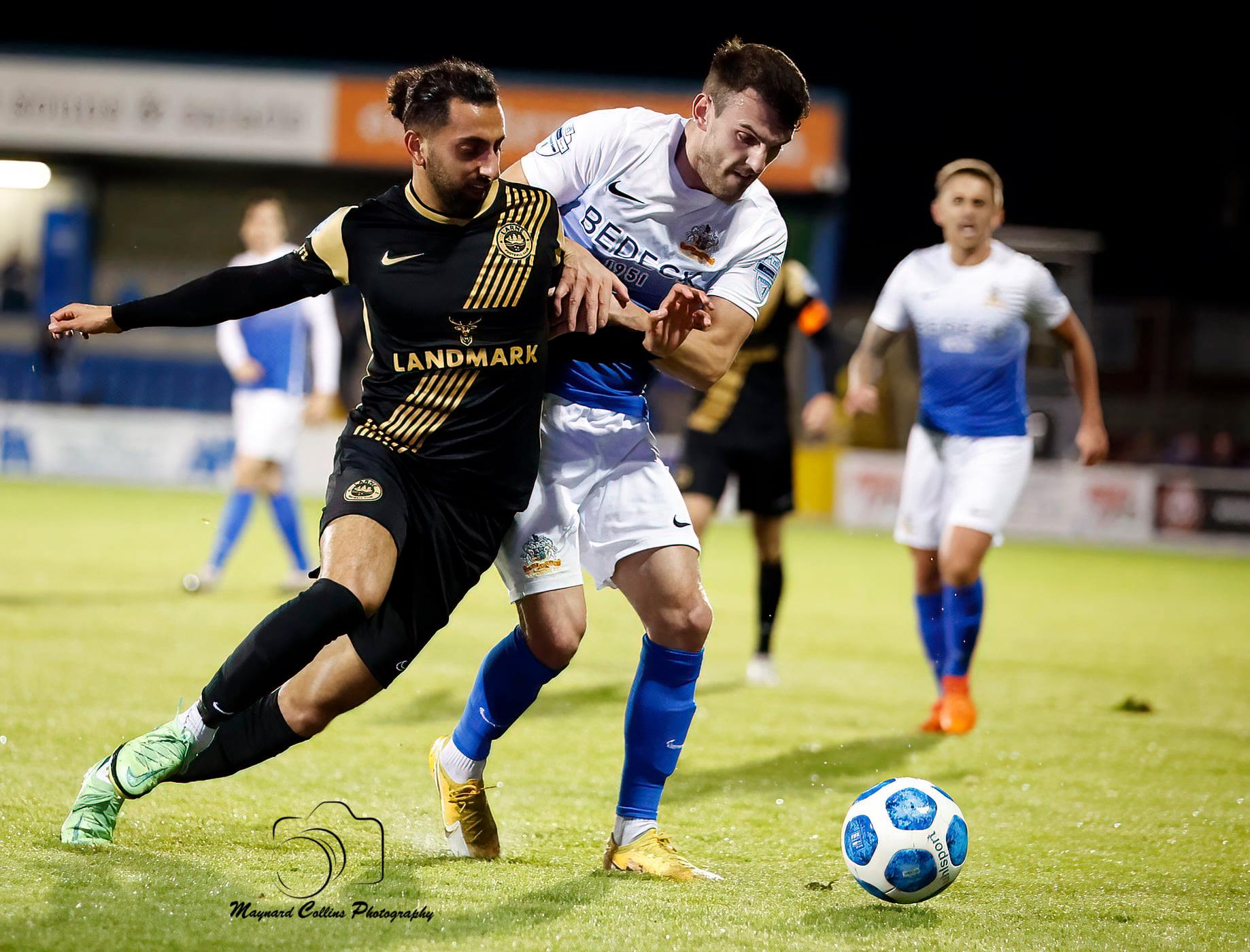