Glenavon conceded a 92nd-minute equaliser as they drew 1-1 away to Ballymena United on Saturday afternoon.

Matthew Fitzpatrick gave the Lurgan Blues the lead in the 51st minute when he pounced on a rebound following Kyle Beggs’ shot.

It looked like Glenavon were going to hold on for a hard-fought victory, but Ryan Waide’s deflected shot in the second minute of injury time meant Gary Hamilton’s men had to settle for a point.

The hosts threatened in the second minute of the match when Ross Redman picked out Leroy Millar with a free-kick, but the Sky Blues’ captain headed wide of the target.

Andrew Waterworth nearly had a chance to open the scoring for Glenavon five minutes later when Michael O’Connor played a clever little pass into the penalty area with the outside of his boot, but Ballymena goalkeeper Jordan Williamson was quick off his line and managed to gather the ball before Waterworth could get to it.

Waide was threatening on the right for Ballymena and he sent in two dangerous low crosses in quick succession in the 22nd and 24th minutes. Glenavon goalkeeper Declan Brown did well to hold the first one, while United striker Jonte Smith sent his shot wide when he was picked out with the second one.

Somehow Glenavon failed to open the scoring on 40 minutes. O’Connor swung a corner over to the back post and Andrew Doyle headed it back to pick out fellow centre-half Mark Haughey, whose subsequent header crashed off the bar. In the ensuing six-yard box scramble, Ballymena managed to survive with some desperate defending.

Two minutes later Brown made a double save to ensure it remained 0-0 at the break. First he stopped Waide’s well-struck shot, then moments later managed to keep out Smith’s header.

The visitors went in front six minutes into the second half. The impressive Beggs cut inside Redman on the right before firing a left-foot shot towards the far corner. Williamson failed to hold onto the ball and Fitzpatrick pounced to prod it home.

The home side had a chance to respond just three minutes later when things opened up for Smith to have a shot, but he sliced his effort harmlessly wide.

Fitzpatrick might have grabbed a second goal in the 56th minute when Beggs found him with a deep cross from the right, but he could only head wide on the stretch.

Daniel Bramall looked threatening for Ballymena all afternoon on the left flank, and he cut inside on 64 minutes, but he sent his effort wide of the far post.

Ballymena upped the ante as the game entered the closing stages and put Glenavon under considerable pressure, but when Brown made a superb save in the first minute of injury time, diving to his left to keep out a Jude Winchester shot that was destined for the top corner, it looked like the Lurgan Blues were going to hold on for the three points.

However, that wasn’t to be, as Ballymena grabbed a late equaliser from the resultant corner. Redman took the kick from the right and Christopher Rodgers met it with his head. It looked like the ball was heading for the net, only for Glenavon substitute Matthew Snoddy to clear it off the line. The ball fell for Waide, though, and his shot deflected off Haughey and found the net to rescue a point for the Braidmen, their first of the season.

Glenavon are in action again on Tuesday night, when they welcome Intermediate A side Hanover to Mourneview Park for a Mid-Ulster Cup tie. Kick-off is at 7.45pm. 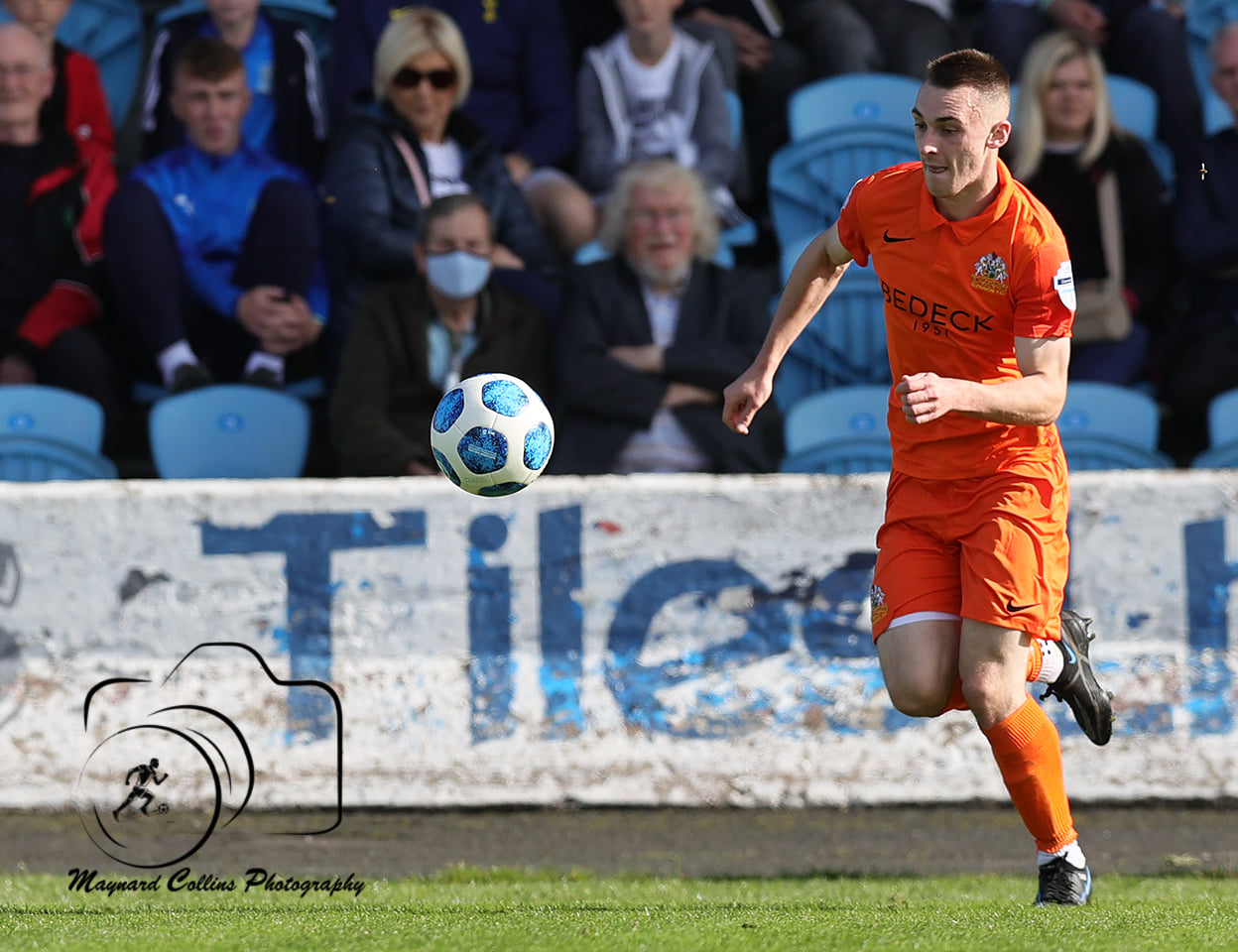 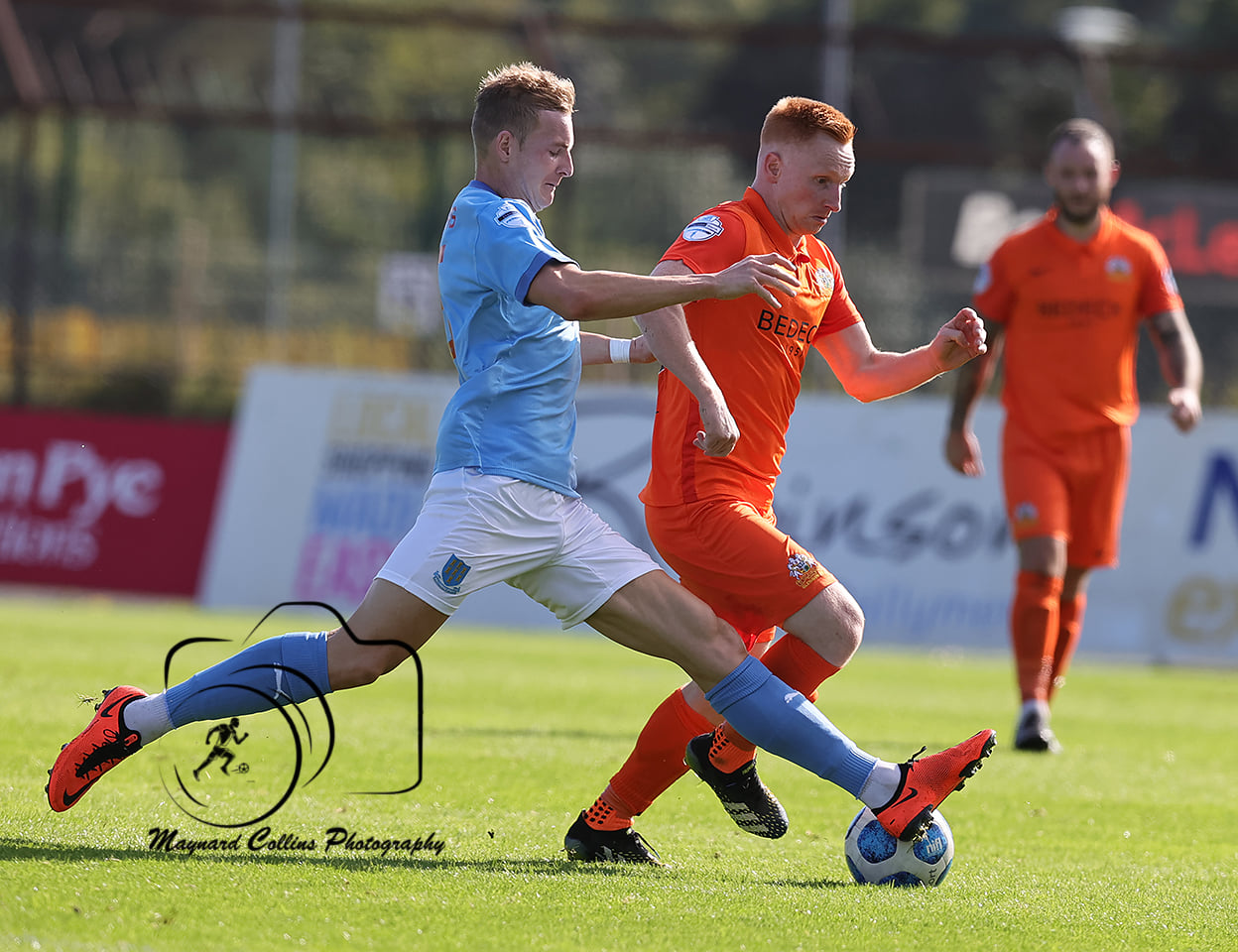 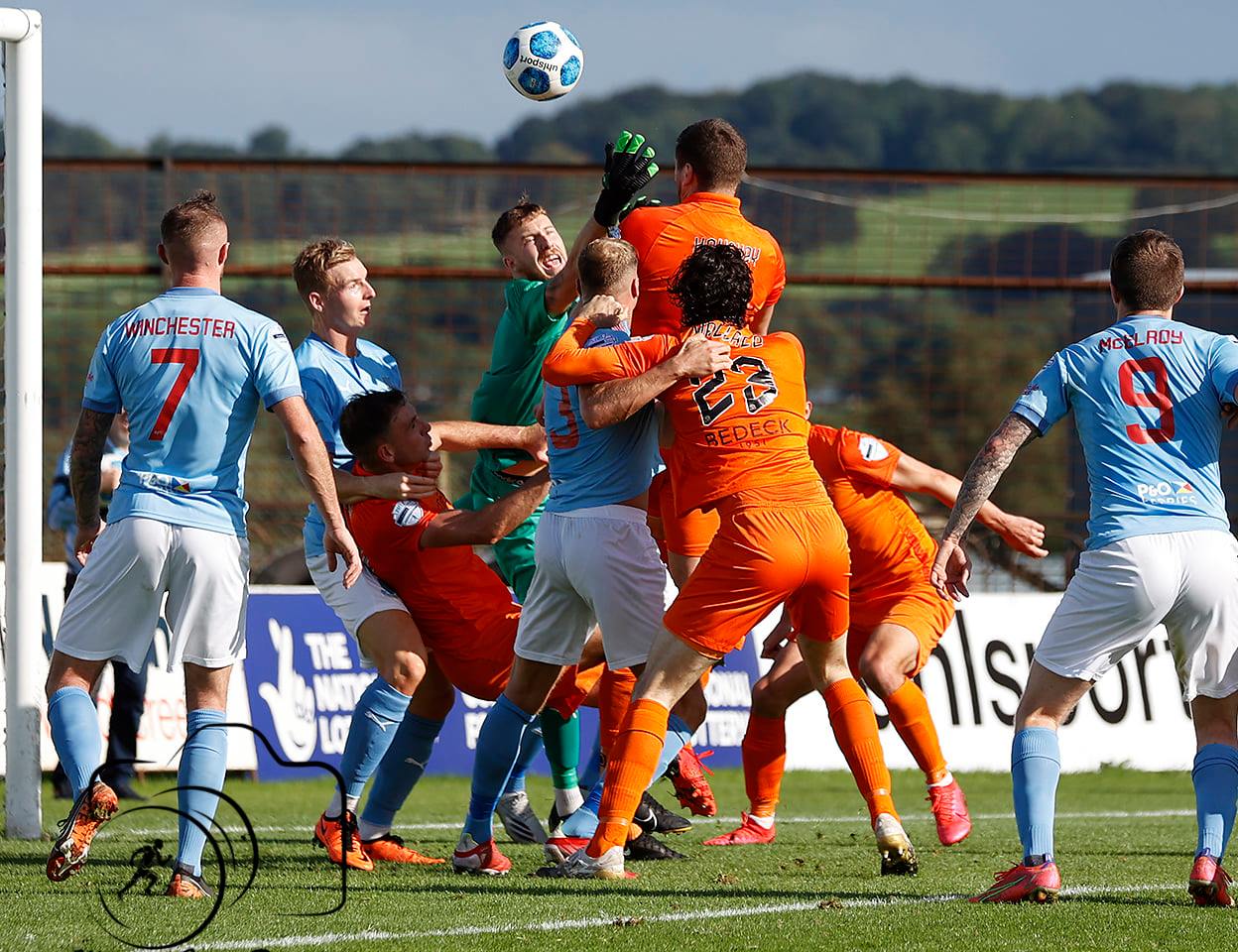 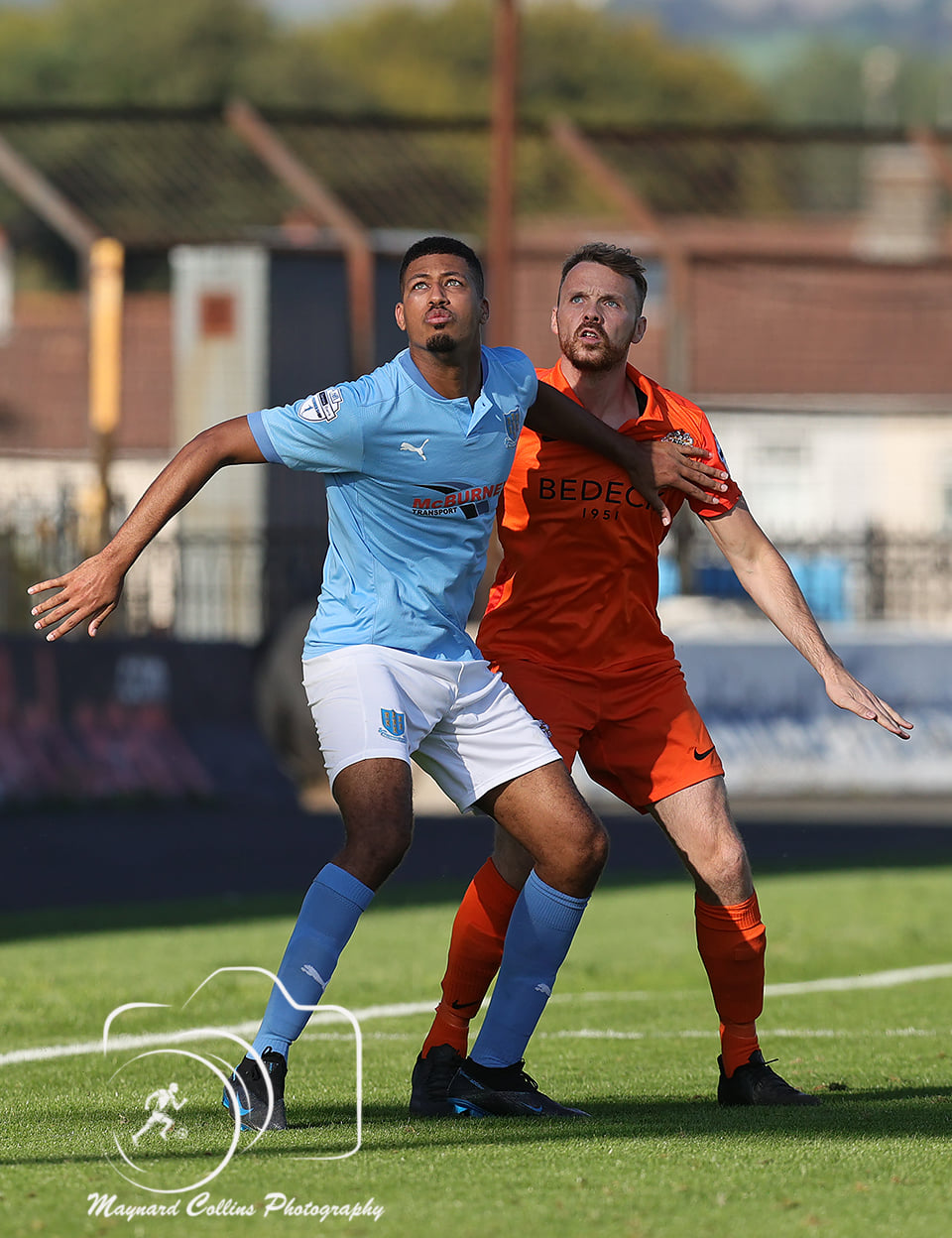 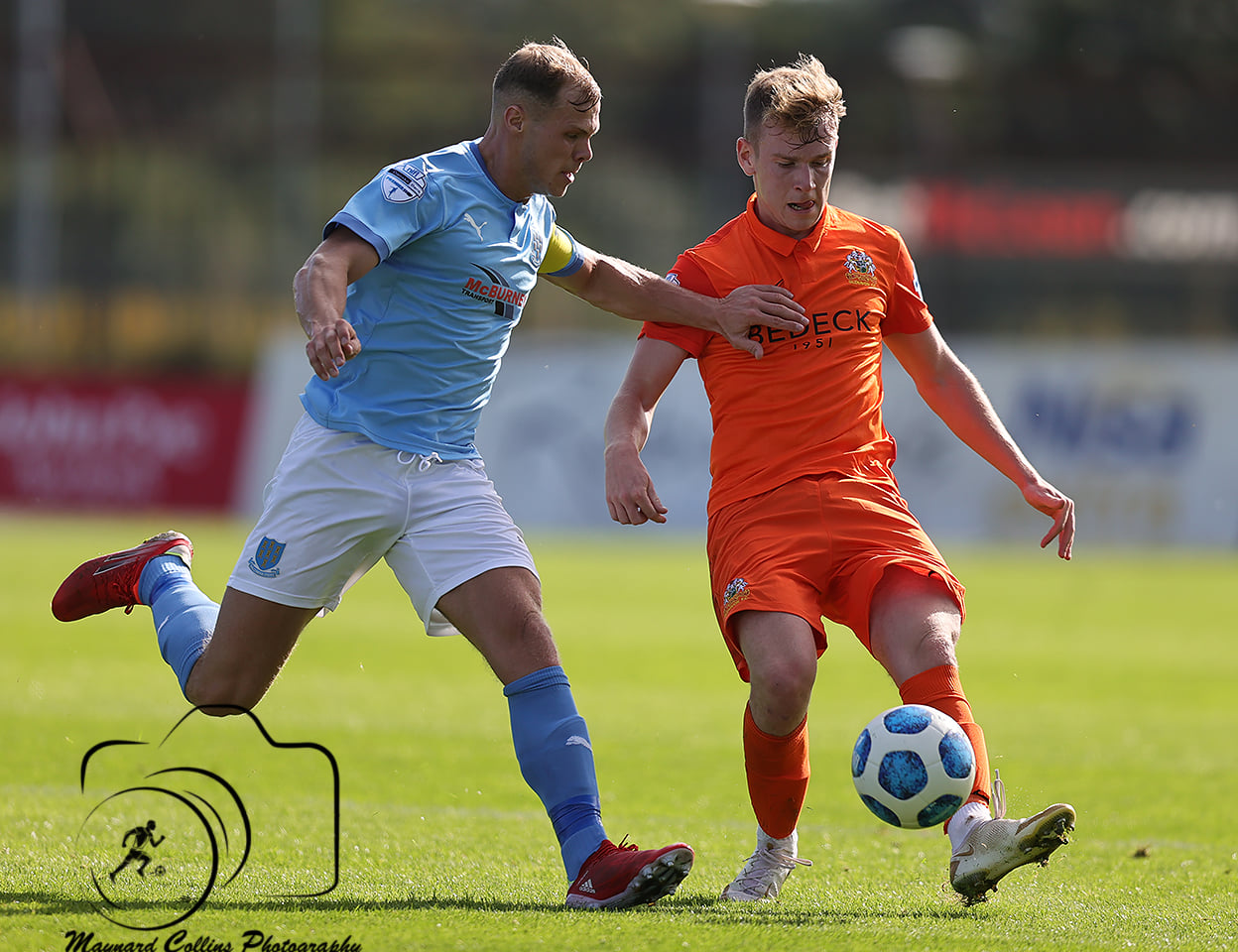 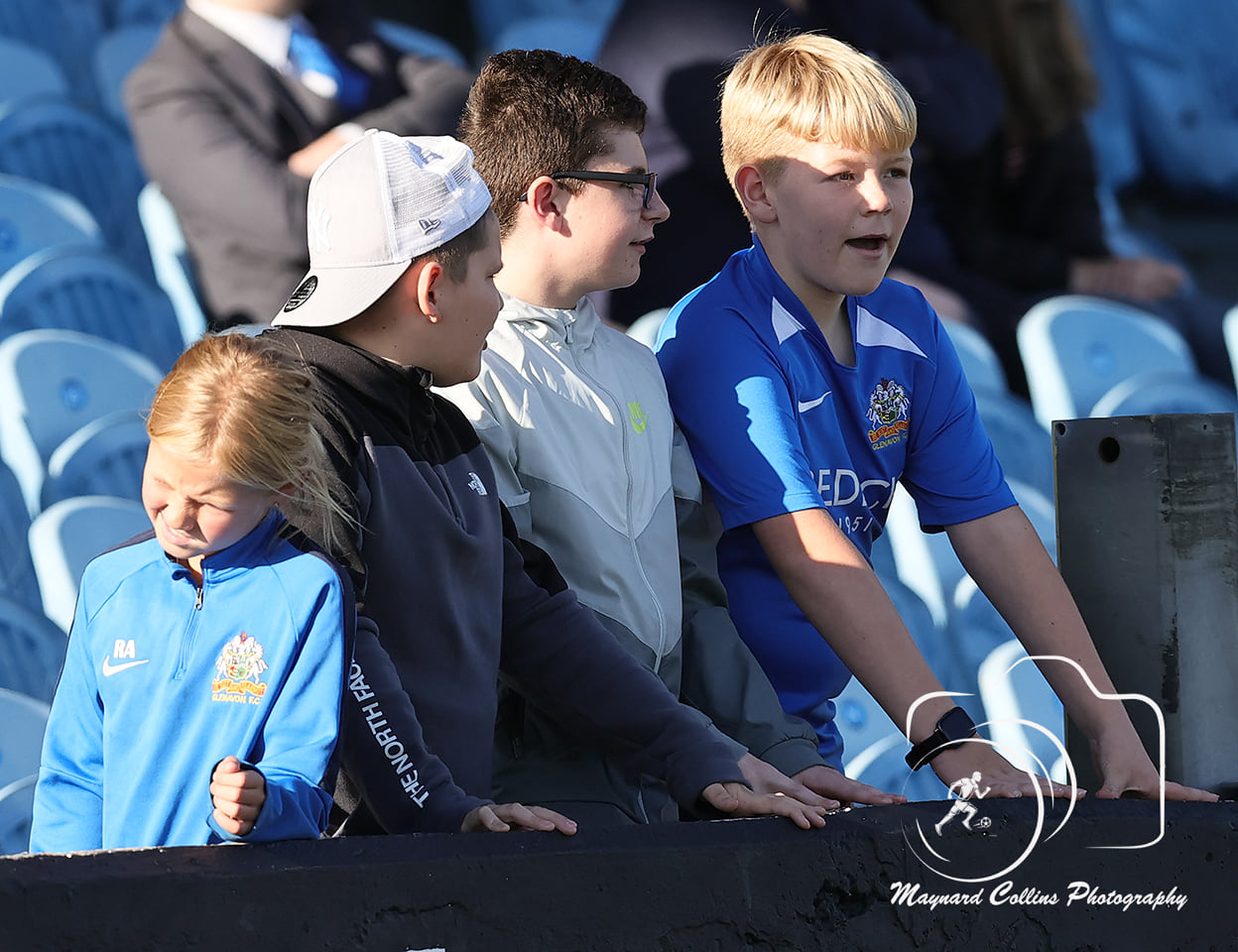 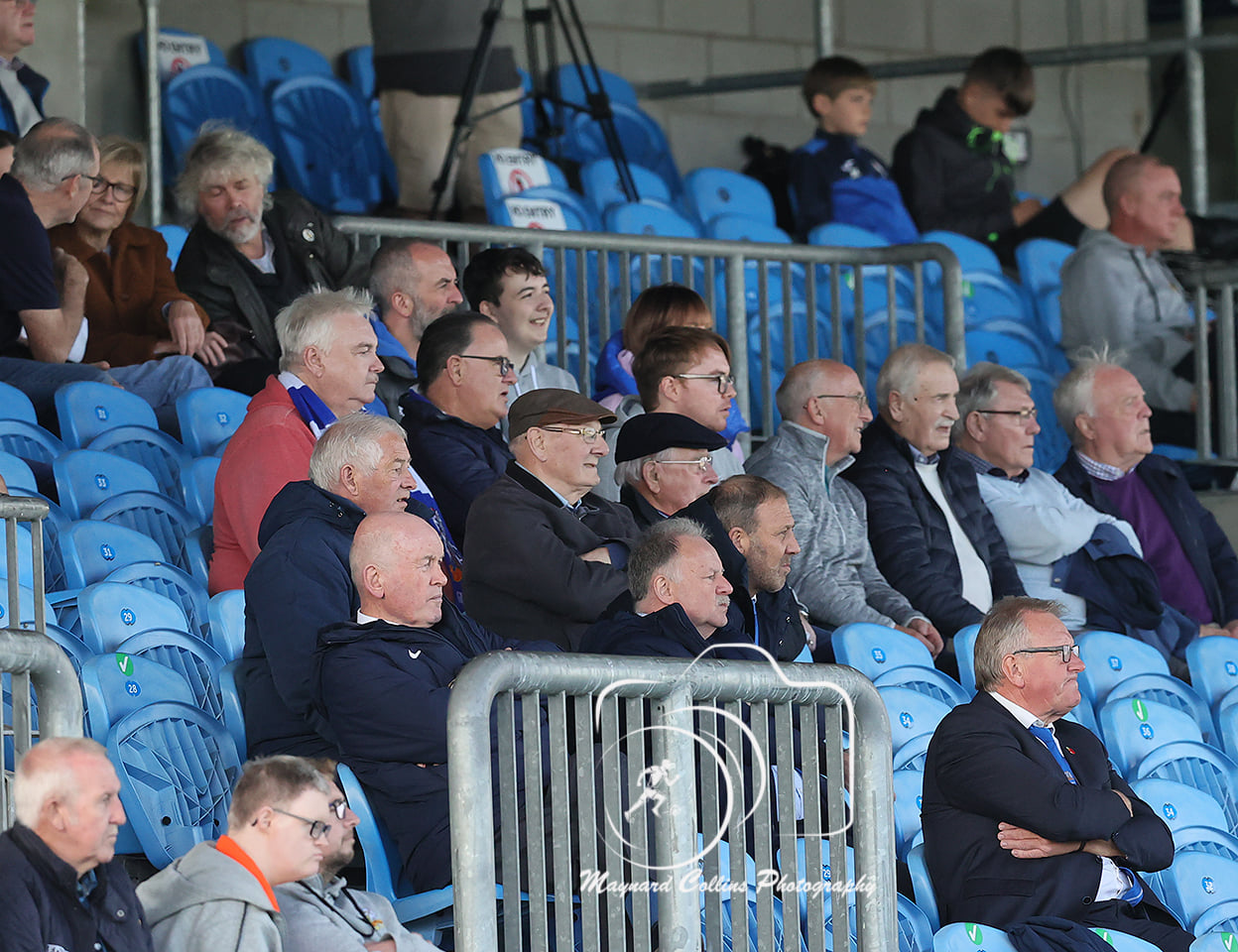 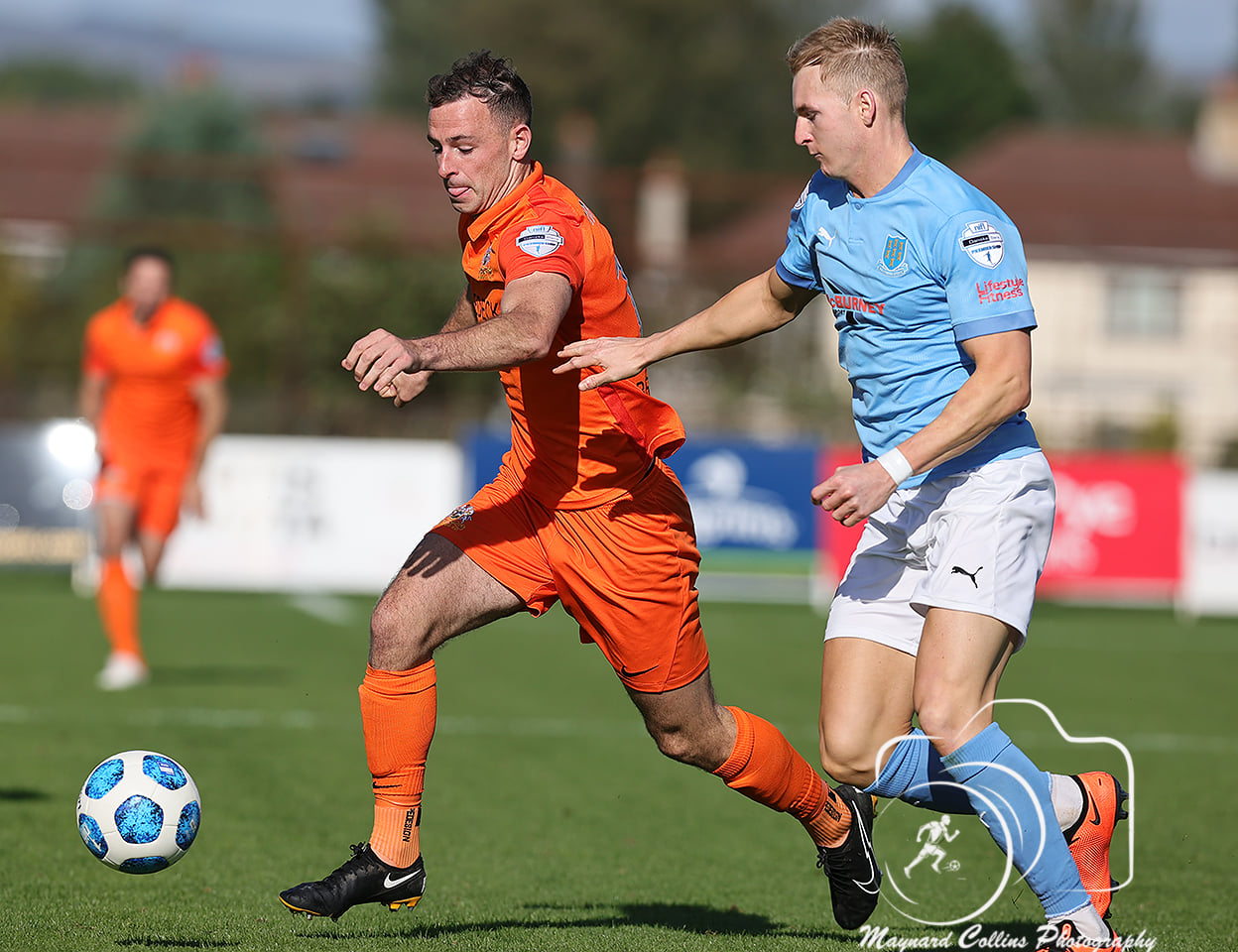 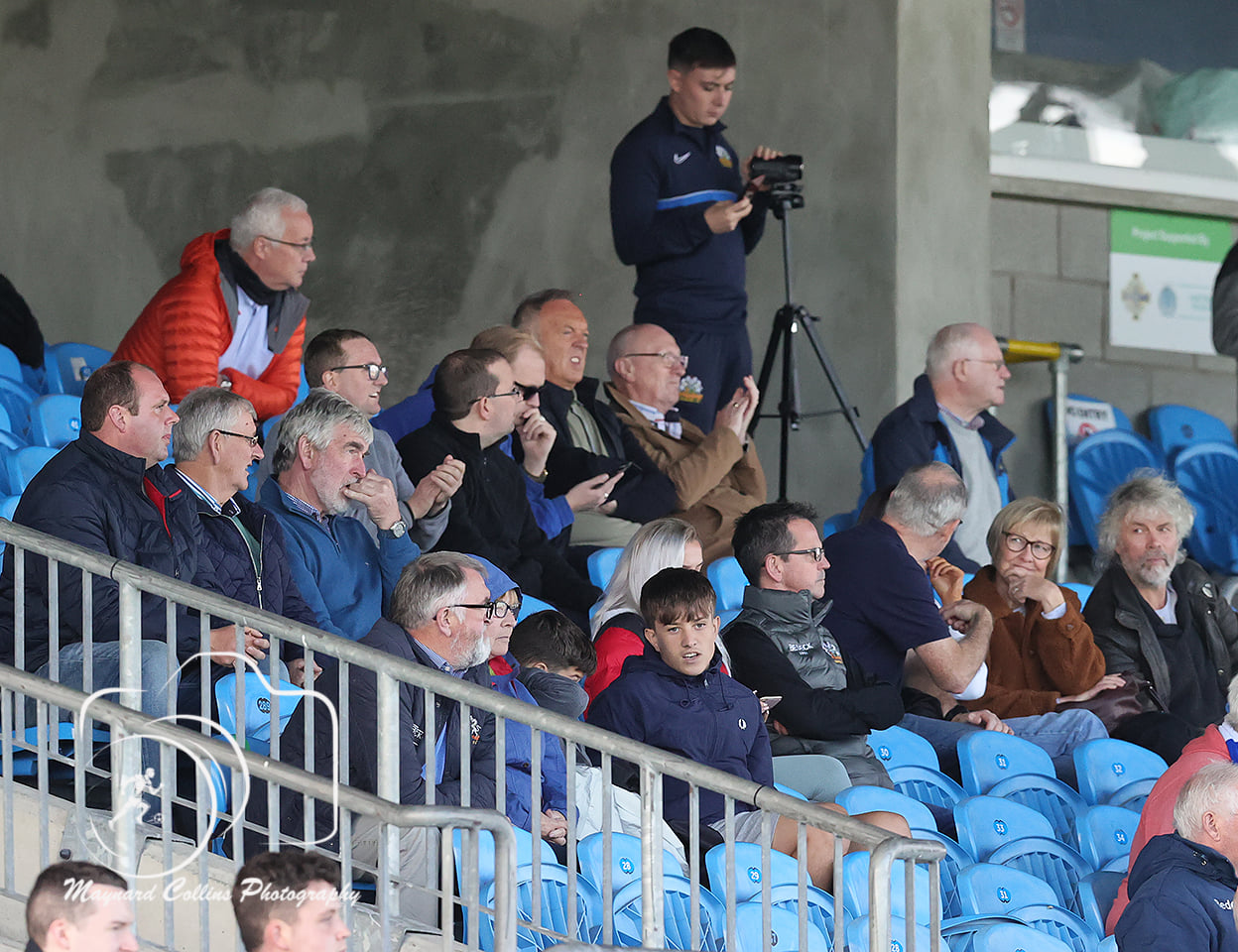 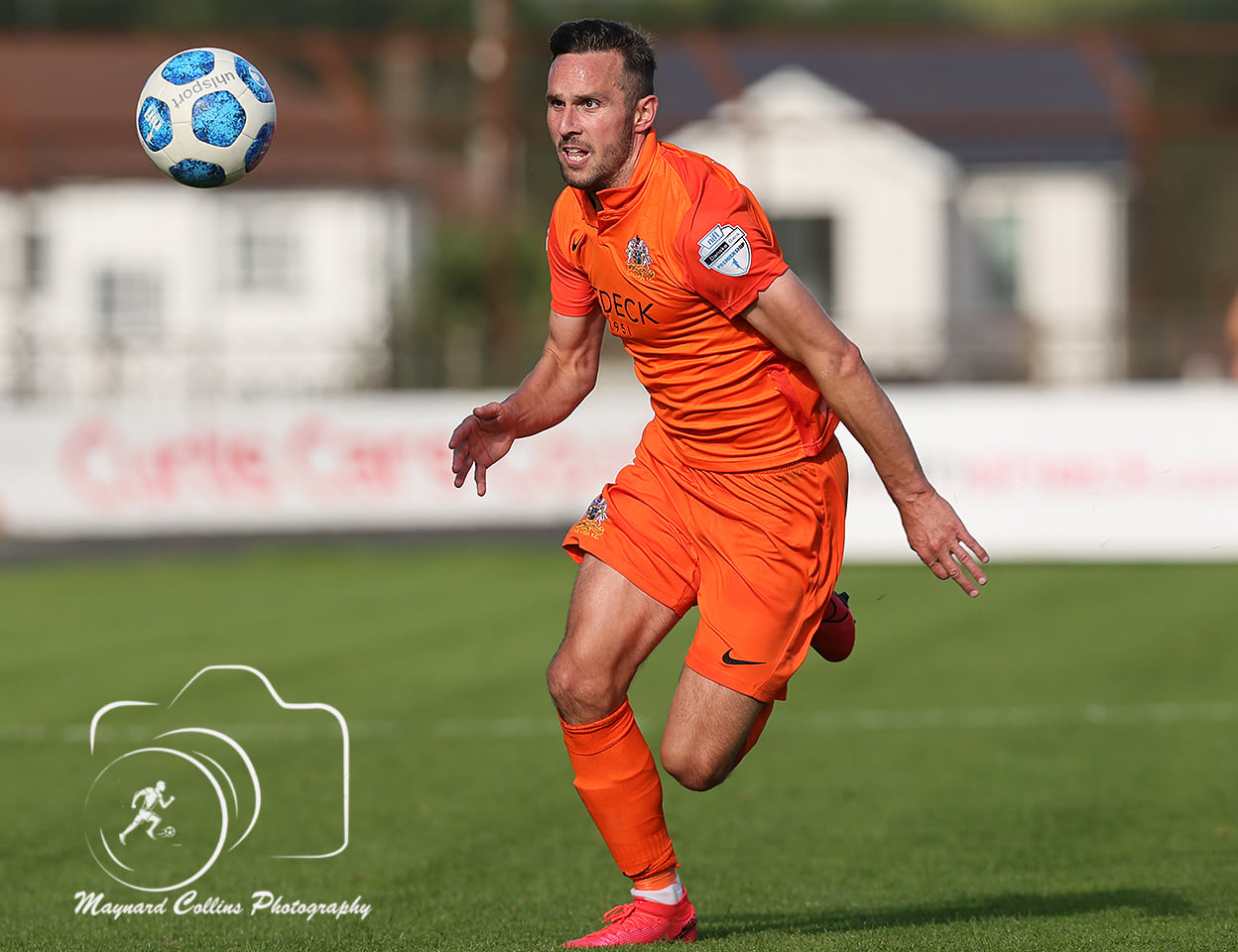