Glenavon were trailing 4-0 to a rampant Carrick Rangers side at Mourneview Park on Saturday afternoon when a serious injury to Rangers defender Lee McNulty resulted in the match being abandoned with 71 minutes on the clock.

Daniel Kelly gave Carrick the lead on 20 minutes when he headed home from a Stewart Nixon free-kick, and the visitors doubled their advantage before half-time when Lloyd Anderson drove a low shot into the net in the 40th minute.

Substitute Corey McMullan curled in a superb third goal for the away side on the hour mark, while Kelly thrashed in his second and Carrick’s fourth on 64 minutes.

What was a commanding Carrick performance was then overshadowed by McNulty’s injury. The former Glenavon defender appeared to fall badly on his ankle, and play was brought to a halt on 71 minutes as McNulty received treatment on the pitch.

Ten minutes later, referee Shane Andrews instructed the players to leave the field, and soon after that it was announced that the decision had been taken to abandon the match, as McNulty was carried off the pitch on a stretcher.

Glenavon had the first opportunity of the game in the second minute when Matthew Snoddy shot with his left foot, but Carrick goalkeeper Neil Shields saved easily.

Matthew Fitzpatrick hit the target on 18 minutes with an excellent overhead kick, but once again Shields was equal to the effort.

The visitors broke the deadlock two minutes later. Nixon sent in a free-kick from deep, picking Kelly out at the far post, and the midfielder headed home unchallenged.

Daniel Purkis had a good chance to level things up in the 26th minute when Peter Campbell picked him out from a corner, but the Glenavon striker headed wide.

The Lurgan Blues were left to rue this missed chance when Carrick doubled their lead five minutes before the break. Ben Tilney played a pass into the feet of David Cushley and he produced a sublime first-time flick to put Anderson in on goal. He made no mistake, driving a low shot inside the left-hand post.

The Mourneview faithful expected a response from Glenavon at the start of the second half. Instead, it was more of the same. Full-back Reece Glendinning almost scored a screamer on 50 minutes when his piledriver of a shot from 25 yards cannoned off the upright.

Just ten minutes later Carrick did register their third goal, and it was a superb one. Substitute McMullan spun away from Snoddy before curling a right-footed shot over Glenavon goalkeeper Declan Brown and into the far top corner from 25 yards.

Rangers added their fourth goal on 64 minutes. Cushley swung in a corner from the right and Kelly was there to thrash the ball home following a goalmouth scramble.

With Carrick cruising to a commanding victory, the game took a disturbing turn when McNulty suffered his injury in the 71st minute. It’s unclear exactly how the injury occurred, but it quickly became evident that it was a serious one and play was brought to a halt.

With McNulty still receiving treatment ten minutes later, referee Andrews made the decision to ask the other players to make their way to the changing rooms, and minutes after that it was announced that the game had been abandoned.

Our best wishes go out to Lee and we wish him a speedy recovery.

After the match, NIFL issued this statement: ‘Following the abandonment of today’s Glenavon v Carrick Rangers match in the Danske Bank Premiership the NI Football League can provide the following update.

The NI Football League will collate all available information from the match referee and match observer and a decision on the final outcome will be determined by the NIFL Premiership Management Committee at the earliest availability.

The best wishes of all connected with the NI Football League go to Carrick Rangers player Lee McNulty for a speedy recovery.’

Glenavon are in action again on Tuesday night as they welcome Premier Intermediate side Portstewart to Mourneview Park for a BetMcLean League Cup encounter (kick-off 7.45pm).

MAN OF THE MATCH SPONSOR – The Sinnamon Family 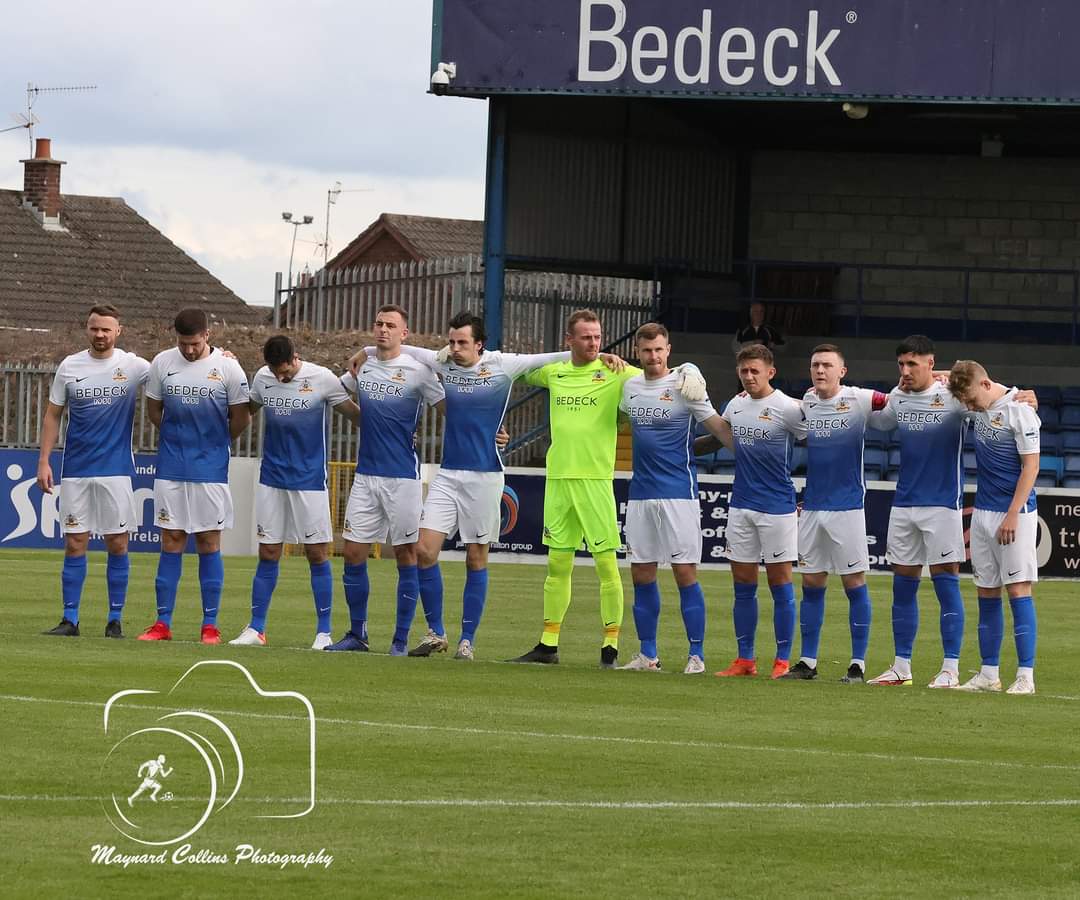 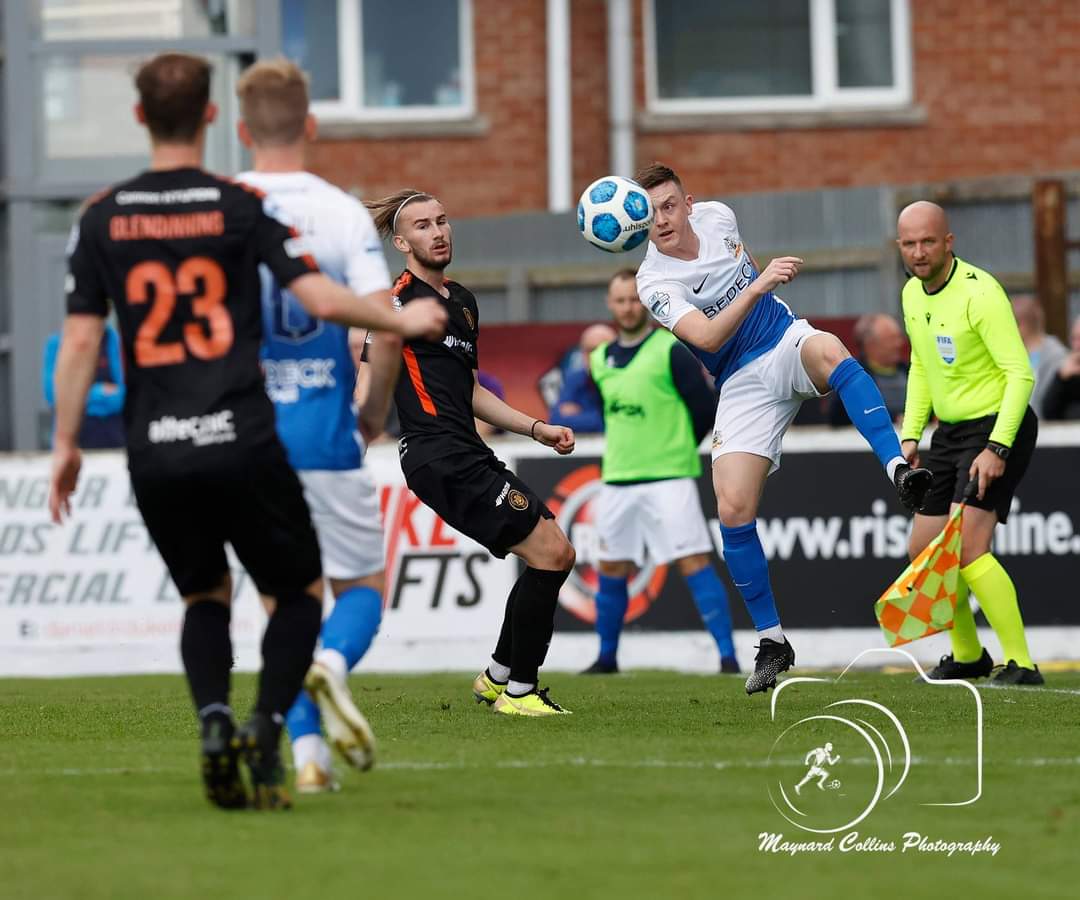 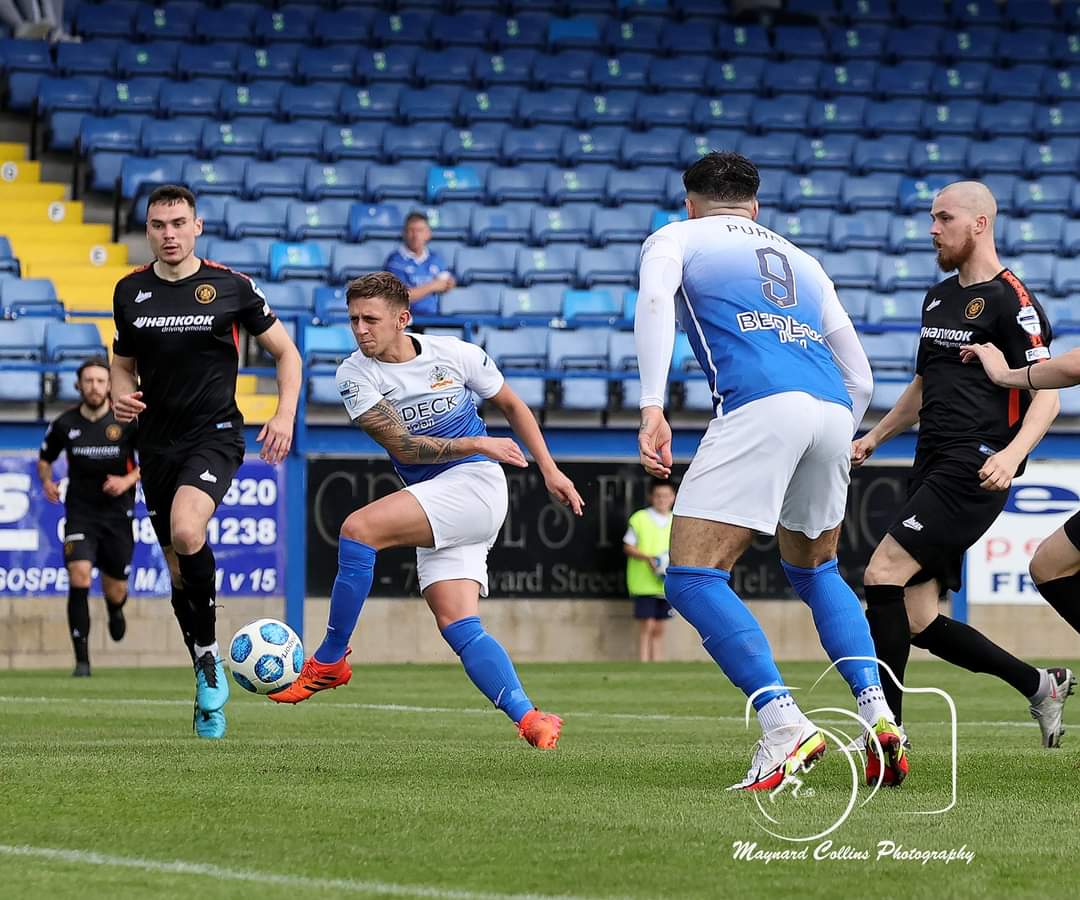 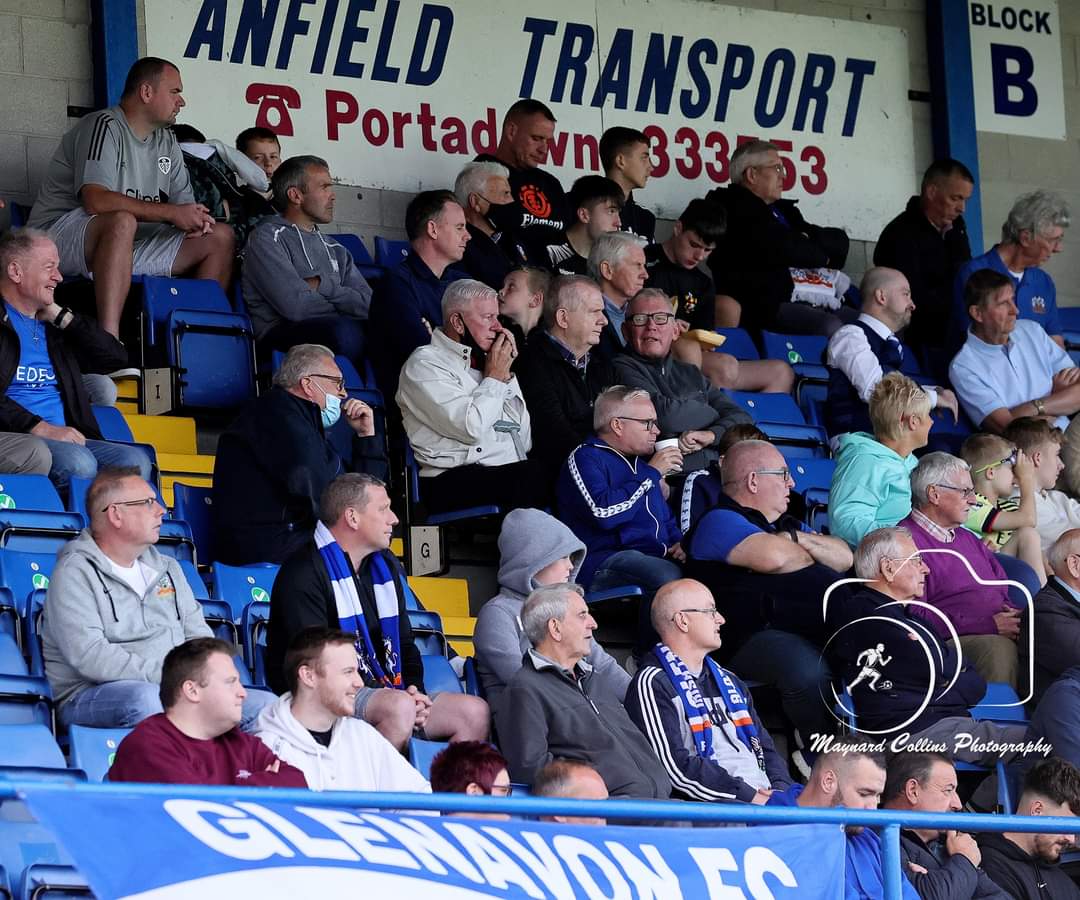 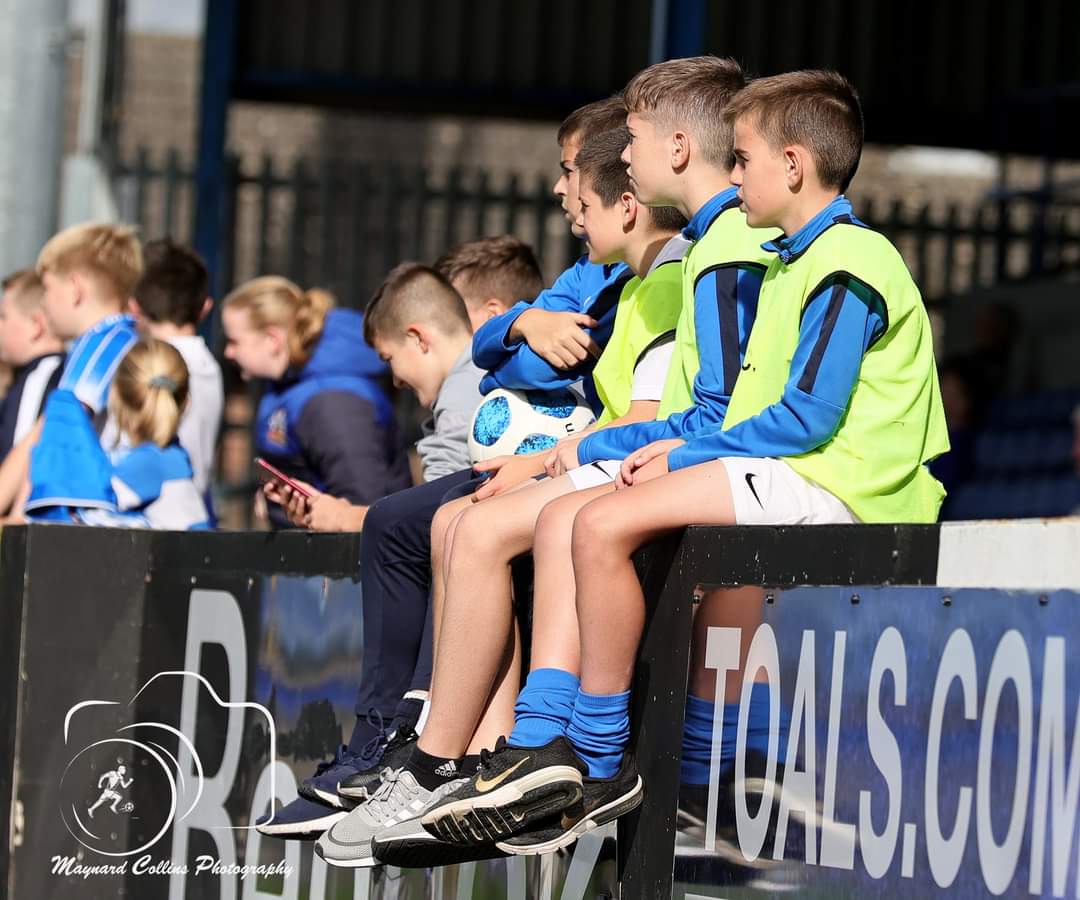 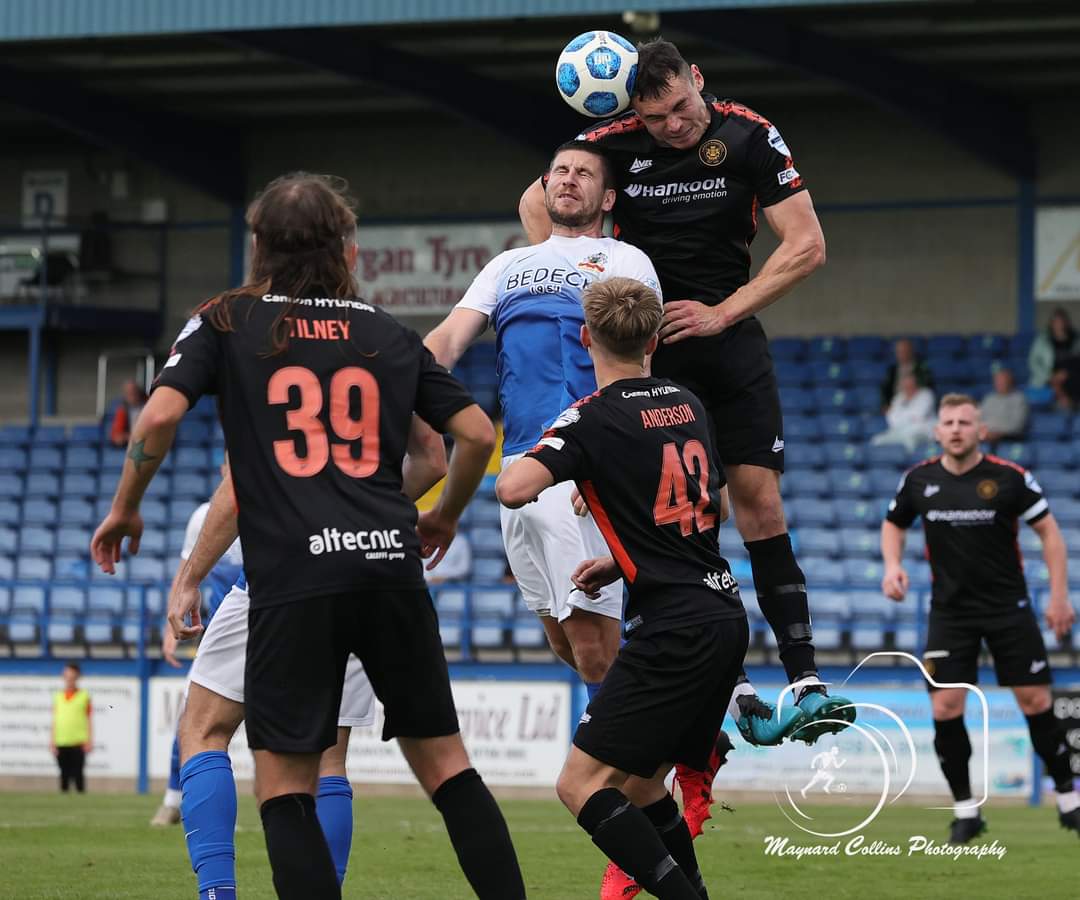