It was the late, late show at Shamrock Park on Friday night, with both goals coming in second-half stoppage time as Portadown and Glenavon drew 1-1 in their opening game of the new Danske Bank Premiership season.

Paul Finnegan looked to have secured a second successive opening-day derby win for the Ports when he tapped in from Ruairi Croskery’s cross on 90+1 minutes, but Michael O’Connor stepped up to rescue a point for the Lurgan Blues three minutes later, curling in a superb free-kick to break Portadown hearts.

Matthew Fitzpatrick thought he had put Glenavon ahead in just the second minute of the game in spectacular fashion when he lashed home an overhead kick, only for the linesman to raise his flag and rule it out for offside.

The visitors won three corners in quick succession in the 20th minute, but they couldn’t make the pressure count, as both Peter Campbell and Kyle Beggs saw efforts blocked by Ports defenders.

Purkis had another good chance to break the deadlock on 24 minutes when he broke clear on the left side of the penalty area. He tried to lob Doherty, but his effort was tame and the Ports keeper made a comfortable save.

The home side’s first clear sight at goal arrived in the 33rd minute when Stephen Teggart picked out Lee Bonis with a cross from the left. The Portadown captain glanced his header wide of the far post.

Glenavon had two further opportunities to edge in front before the half-time whistle. First, captain James Singleton saw his powerful header from a Campbell corner well saved by Doherty on 45 minutes, then Mark Haughey scuffed a shot at the back post in the first minute of injury time when he really should have done better.

The Lurgan Blues nearly went in front eight minutes into the second half when a super burst from Beggs down the right wing led to two quickfire chances for Matthew Snoddy and Campbell. Snoddy’s effort was saved by Doherty, while Campbell’s follow-up shot was blocked by Adam McCallum.

Croskery had a great chance to score for the hosts in the 59th minute, but he could only head over the bar when well positioned after he’d been picked out with a cross from the right by Bonis.

Croskery then came agonisingly close to opening the scoring in the 83rd minute. He took advantage of a miss-hit Haughey clearance which looped back towards the Glenavon defender’s own goal. The Portadown man got his head to the ball and nodded it over Brown, but luckily for the Lurgan Blues it came back off the post.

Andrew Waterworth had a glorious chance to score on his first competitive appearance for Glenavon when he was sent clear by a header from fellow debutant Daniel Wallace. The substitute looked certain to score, but in the end he could only drag a low left-foot shot wide of Doherty’s left-hand upright.

It looked like Glenavon were going to pay dearly for that missed opportunity when Finnegan put the Ports in front in the first minute of stoppage time. McCallum released Croskery on the right with an excellent reverse pass and the winger squared for Finnegan to slot home what looked sure to be the winning goal.

However, three minutes later, in the fourth minute of injury time, Glenavon won a free-kick deep in the Portadown half, and up stepped O’Connor to curl a sublime shot beyond the dive of Doherty to ensure the Lurgan Blues wouldn’t be leaving Shamrock Park empty-handed.

With Tuesday night’s game against Larne at Mourneview Park having been postponed due to international call-ups, Glenavon’s next game will be away to Warrenpoint Town next Saturday (kick-off 3pm). 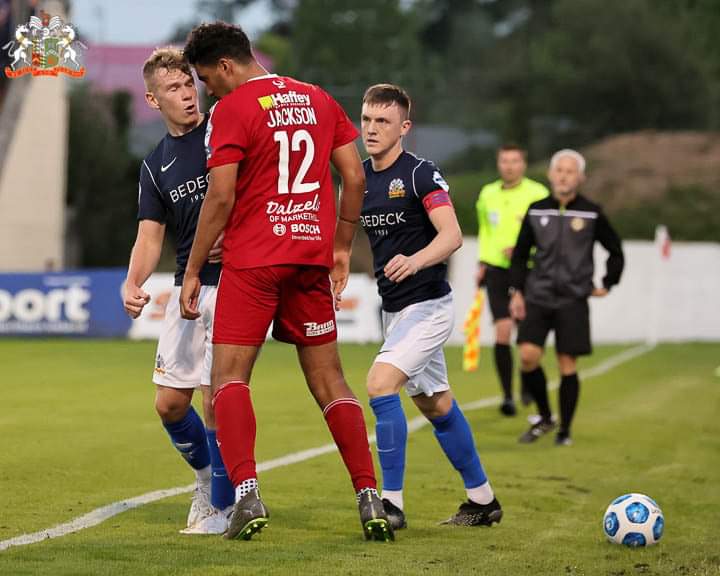 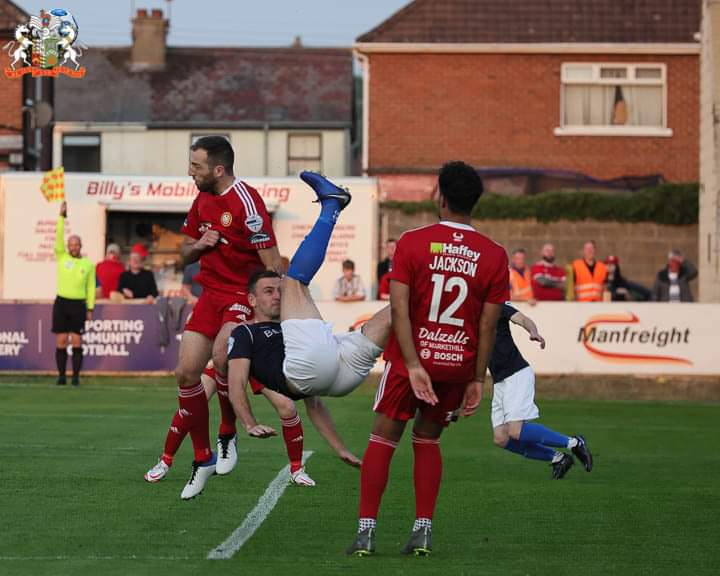 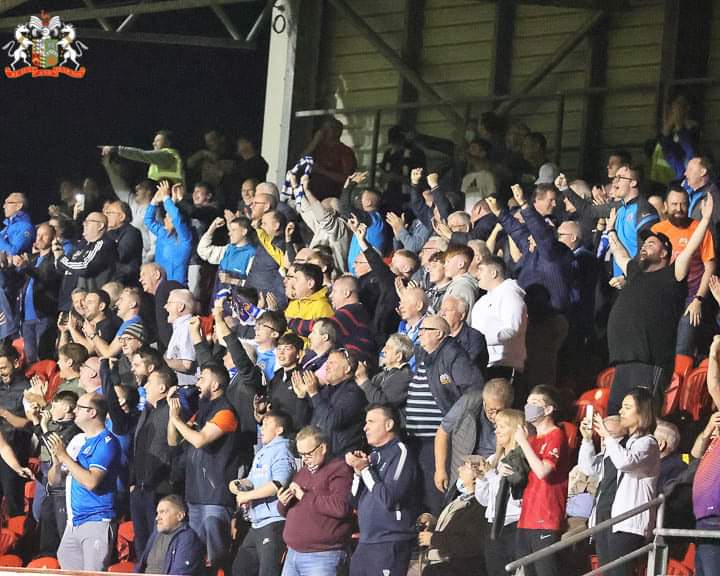 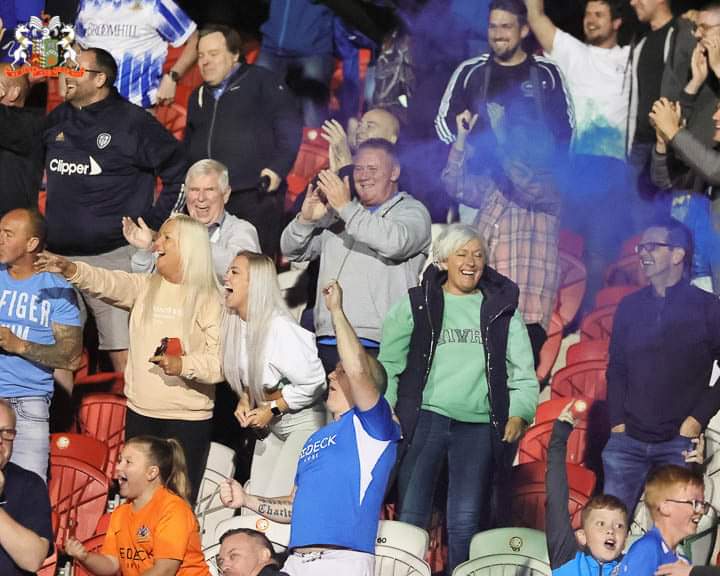 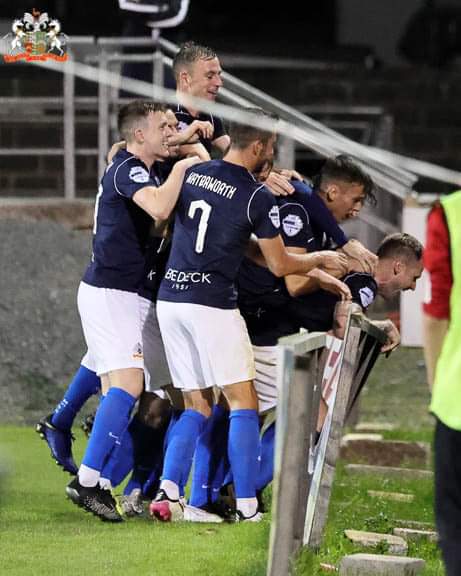 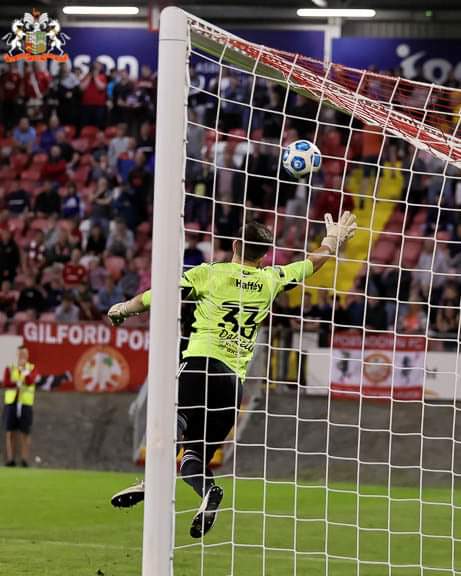 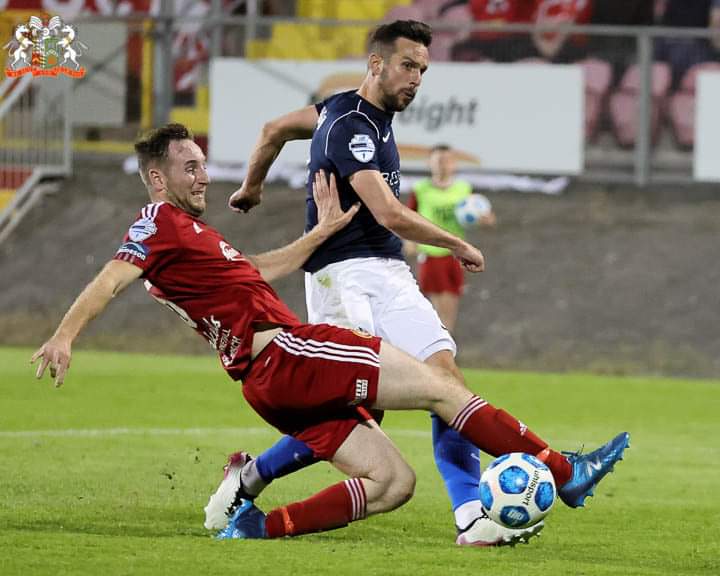 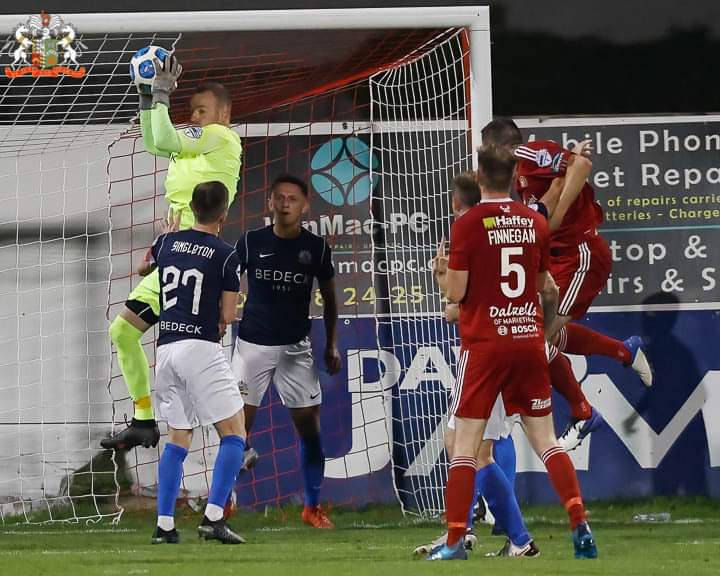 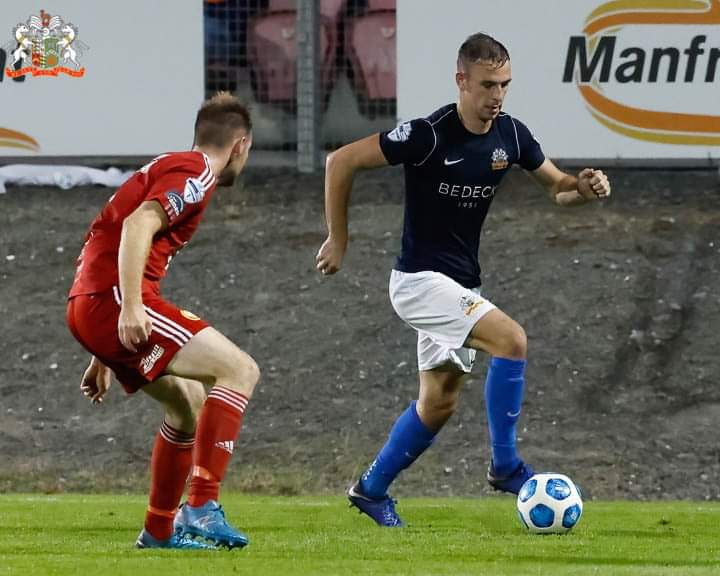 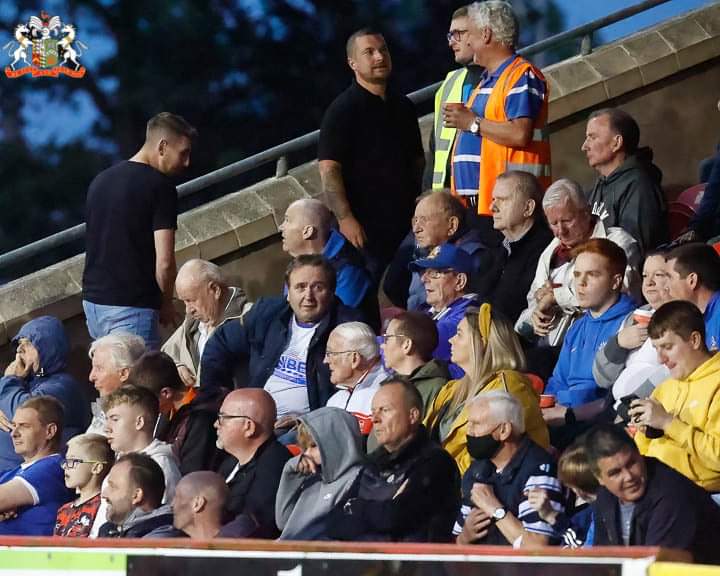