Gary Hamilton has paid tribute to four players who have announced that they are leaving the club.

Craig Hyland, Calvin Douglas and Gareth McCaffrey all tweeted this morning to say they would be departing Mourneview Park, while Conan Byrne had previously announced his retirement from top-level football.

Speaking to the club website, Gary explained the reasons for their departures. 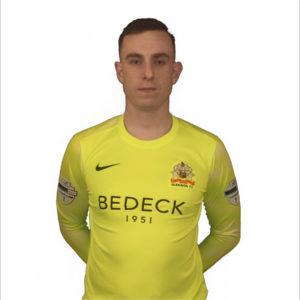 Craig is moving on unfortunately due to work circumstances. He gave it a try but unfortunately he runs the risk of losing his job if he continues.

It’s a massive blow. He’s a goalkeeper who has come in and has been top drawer for us. He has been what we are looking for in a goalkeeper in terms of coming for crosses. Dealing with balls coming over the top is a massive part of the game and if you look at the teams who have been successful over the years, like Linfield who had Chris Johns and Roy Carroll, those goalkeepers had that quality too.

He came in and everyone saw that he wasn’t afraid to come into a melee of players and take a ball. It takes a massive pressure off your defence.

I’m thankful for the time he spent with us and I’m gutted that we’re going to lose him. But some things in life are more important and he has to make sure that he keeps his job. I’d like to wish him all the best.

It’s a big miss to football because he has so much to give, but hopefully he can play in the Leinster League where he might not have to make the same commitment. 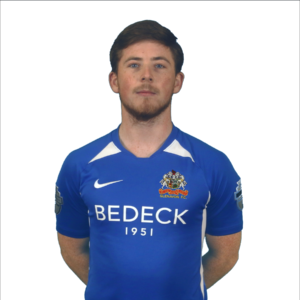 Unfortunately it’s work reasons for Calvin as well. He had signed until the end of the season and said he would see how he felt with the travelling and everything else.

He’s a top professional, a top lad and, as we’ve all seen, a very gifted footballer as well. He played right back and centre midfield and he dug me out of a lot of holes.

I thought he was exceptional last night in what proved to be his final game. The attitude that the young lad has was exceptional and unfortunately he is in a situation too where he’s probably going to have to play Leinster League football, which is a pity because he’s such a talented lad and I’ve no doubt he could play at this level.

We did talk to him and offer him a new contract, but unfortunately he’s up from 5.30am in his job as a painter and decorator and the travelling is killing him after the midweek games. 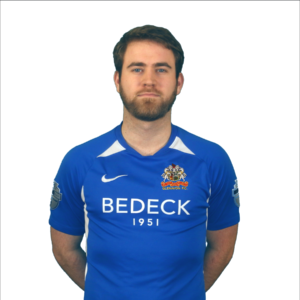 Gareth has come in and he didn’t get as much game time as he would have hoped. I felt sorry for him because they hadn’t played a lot of games or done a pre-season and when he came in we had Fitzy and Danny who were flying. It was very hard to get into the team in front of them. It’s one of them things in football and that’s what happens.

He’s a great character, a great lad and I wish him all the best for the future. I have no doubt that he will score goals in the future and any other club in the league could take a look at him. We’ve managed to bring in Andy Waterworth which hampered Gareth’s scenario as well.

I can’t fault Gareth for his efforts, his commitment or his attitude and I wish him all the best for the future. 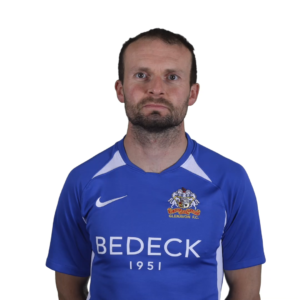 We all know Conan is retiring. He wants to play one more year at his local club in the Leinster League and with his family commitments it was hard for him to commit to us as well.

What it would have been to have had a Conan Byrne two or three years ago in his prime! You could see why he’s been in the top 10 scorers in the League of Ireland, the quality he has is tremendous.

He’s been an unbelievable pro.

That’s the one thing I’ve found with all the Dublin lads – every single one of them was a complete pro. They waited on their opportunities and took them and if they didn’t get to play they didn’t huff or moan. As a manager it’s great to get players of that attitude and character.

I’m gutted that they’re all going but that’s part and parcel of football. If anyone was ever to phone and ask about them they would all get the highest praise from me because they were four tremendous guys to work with.