Robbie Garrett was named as the 2020/21 Glenavon Player of the Season on Saturday evening.

‘Ribs’ made 33 appearances for the Lurgan Blues this season, finding the net twice, against Glentoran and most recently against Carrick Rangers.

It was a big night for Robbie, who was also presented with the Stewards and Victoria GSC awards after the game.

The Glenavon Media team spoke to Robbie after Saturday’s game about receiving the recognition. 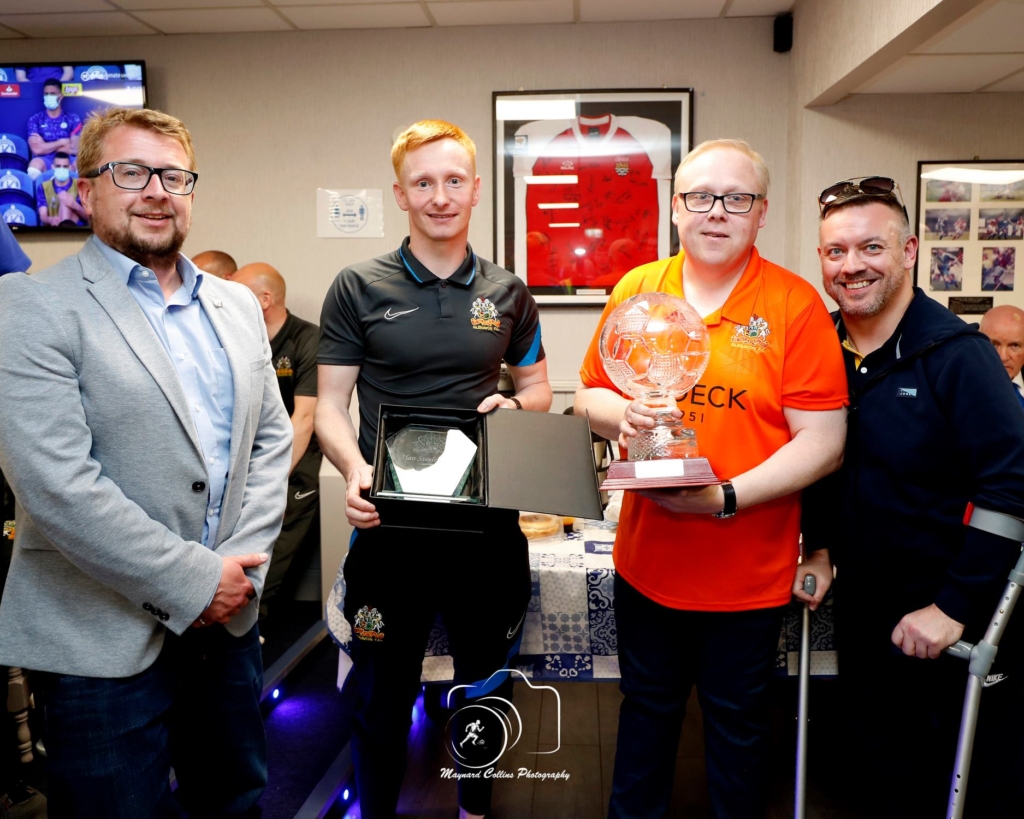 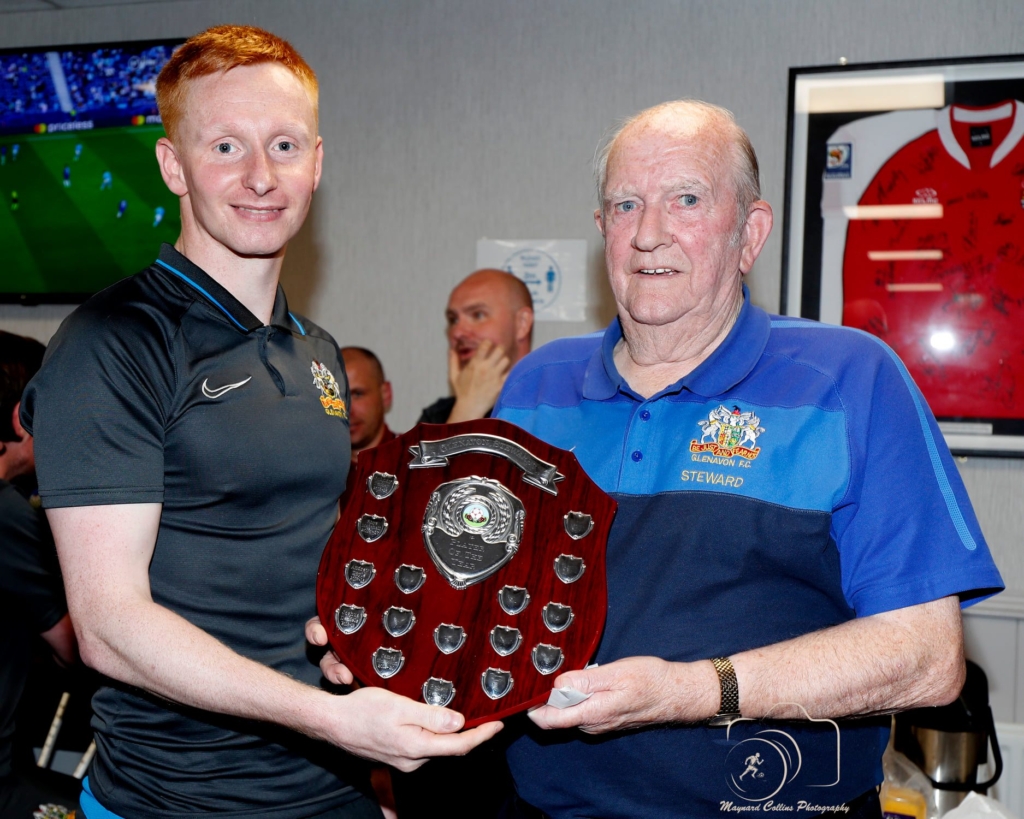 ‘Ribs’ also won the award from the Glenavon Stewards, with his prize being presented to him by Raymond Flanagan. 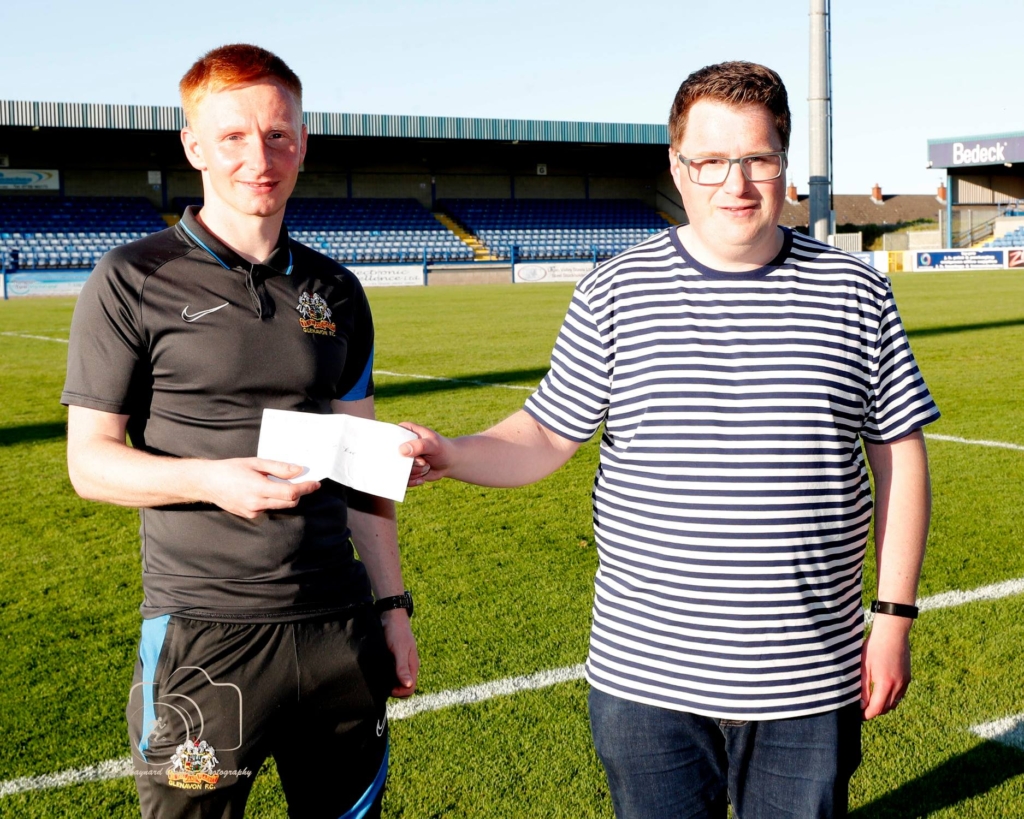 Michael Scott, a member of the Victoria GSC committee, makes a presentation to Robbie Garrett on behalf of the club after the midfielder was chosen as their Player of the Season. 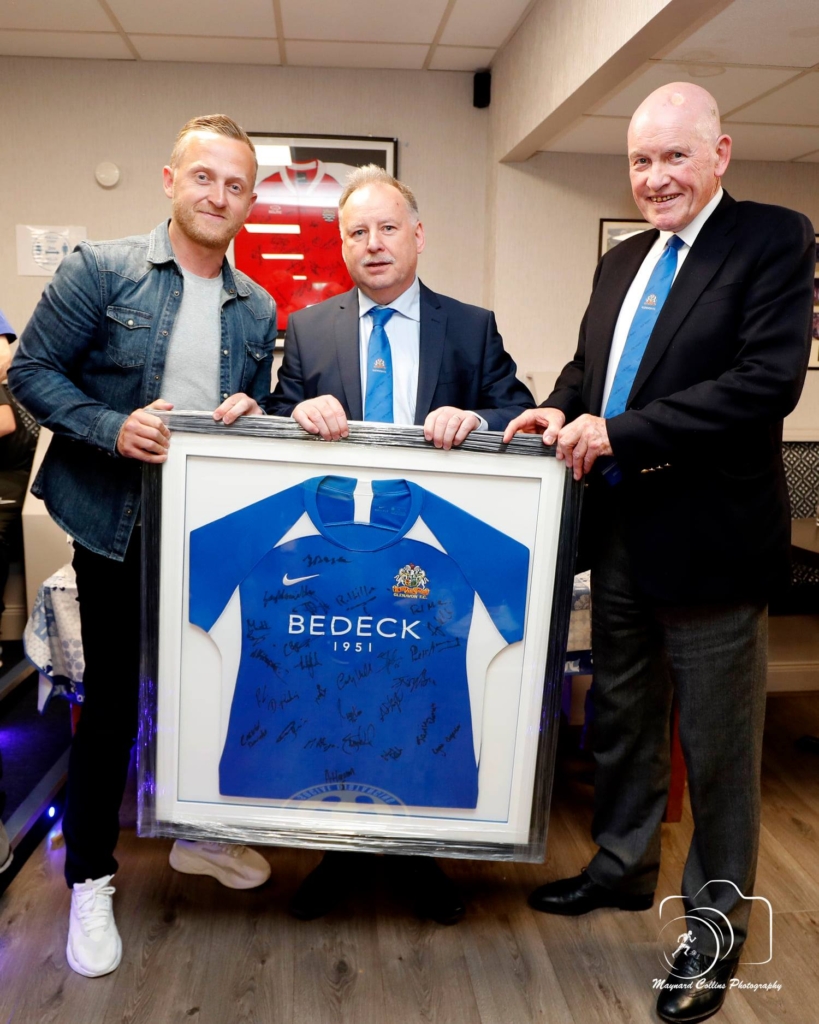 Sammy Clingan is to retire at the end of the season after making 63 appearances for the club (including four as a substitute) and scoring 19 goals. Chairman, Adrian Teer, and Vice Chairman and Treasurer Frazer Follis presented Sammy with a framed shirt and a superb drone photo of Mourneview Park to mark the occasion. 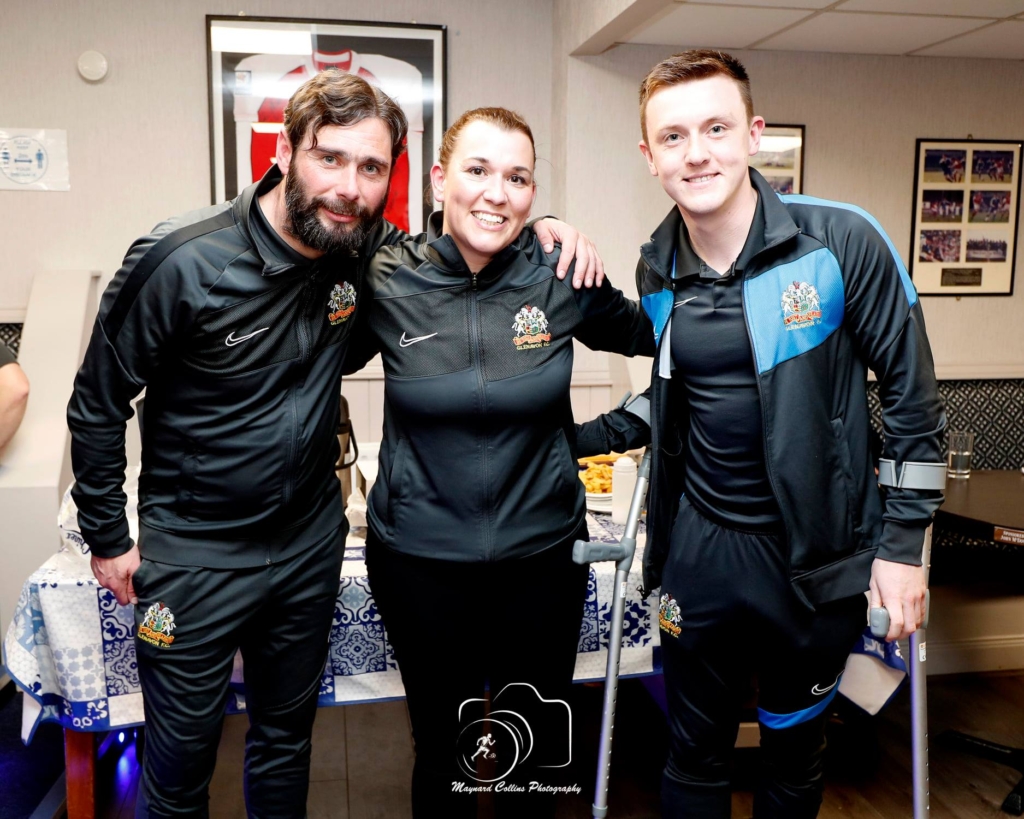 Lynne Carpenter is to step down at the end of the season as the club’s head physio. She received a presentation as a token of appreciation from Gary Hamilton and James Singleton on behalf of the players and coaching staff. 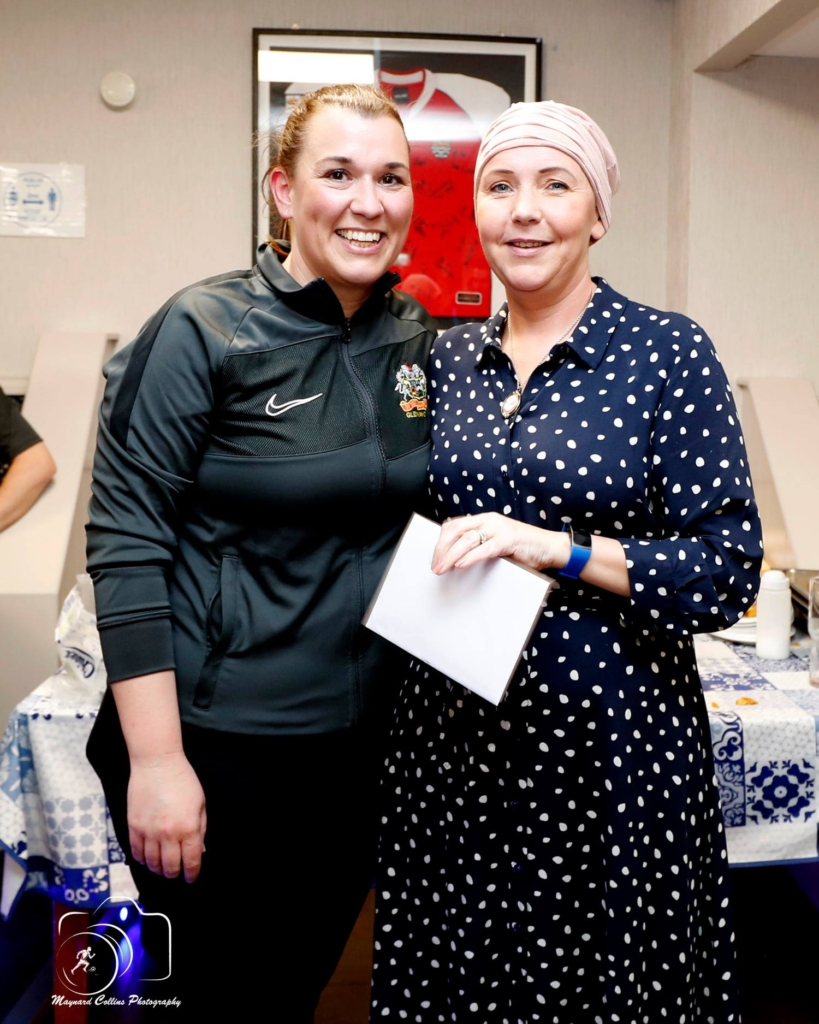 Executive Director, Leigh McClune, also made a presentation to Lynne on behalf of the football club. 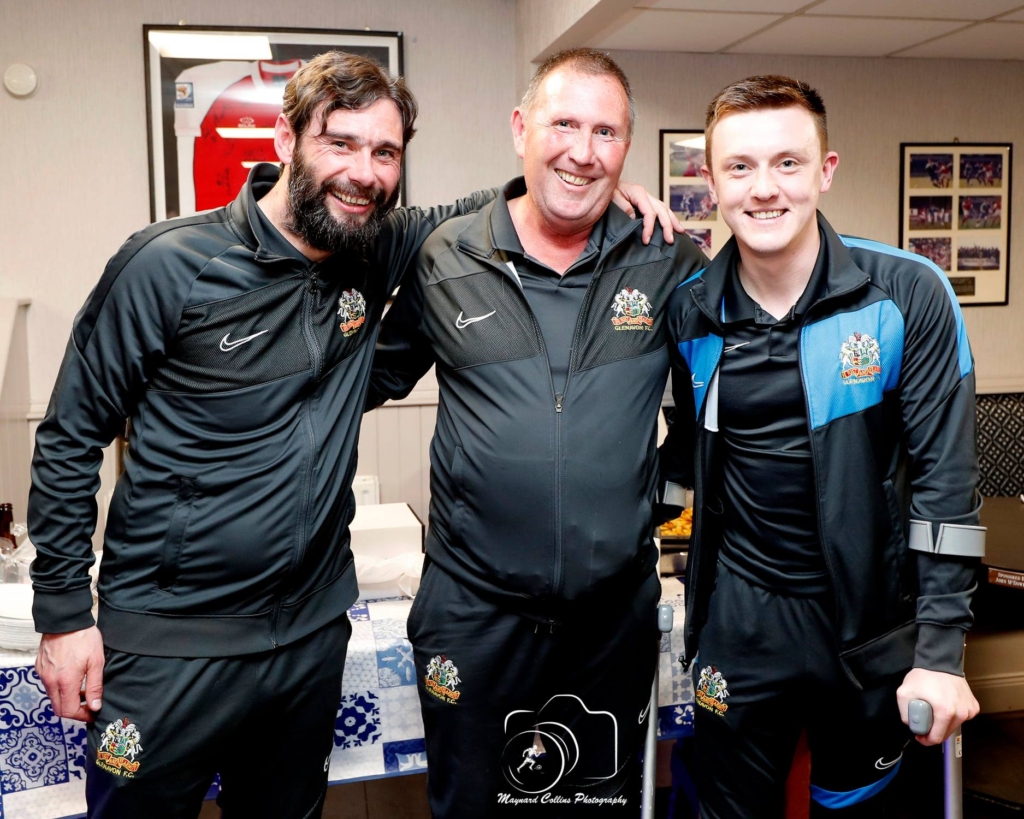 Gary Hamilton and James Singleton made a presentation to Stephen ‘Blackie’ Topping, the club’s ‘legendary’ kitman, to say thanks for all of his hard work this season. 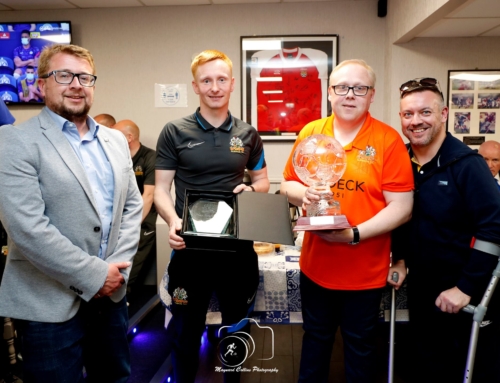 Voting for the Alan Steele Player of the Year award now open! Gallery

Voting for the Alan Steele Player of the Year award now open! 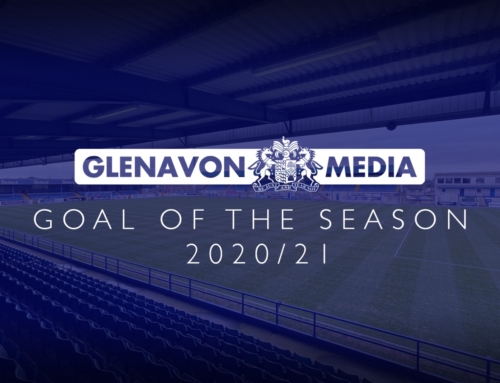 Your chance to pick our goal of the season Gallery

Your chance to pick our goal of the season 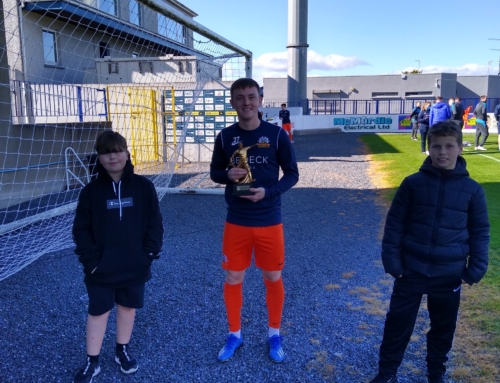 Player of the Season awards for James Gallery

Player of the Season awards for James 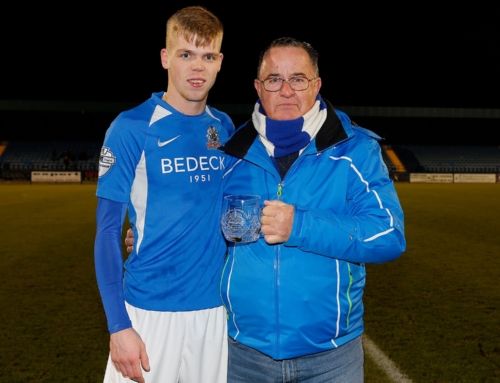 Rhys is September Player of the Month Gallery

Rhys is September Player of the Month