Glenavon have secured a spot in the European playoffs after their 1-1 draw with Dungannon Swifts on Saturday evening.

A point was all they needed to secure the semi-final place against Larne – although the Lurgan Blues might well feel that they should have had all three points in a game where they created the majority of the chances.

The hosts went into the game missing the services of James Singleton, whose season is over after sustaining a broken foot in the win against Carrick Rangers, and Calvin Douglas, who was ill.

And the game got off to the perfect start for Gary Hamilton’s side when Danny Purkis capitalised on poor defending to put Glenavon in front after 20 seconds.

However, while Glenavon pushed on and created numerous chances in the first half, with nine minutes to go before the break Dungannon equalised. Substitute Caolan McAleer found Ben Gallagher, who took his opportunity to level the scores.

As the second half got underway Glenavon pushed for a second goal. Matthew Fitzpatrick’s low shot and Andy Doyle had a couple of great opportunities, but neither player could beat Roy Carroll.

And later on in the half Conor McCloskey and Matthew Snoddy both had chances while Fitzpatrick once again was denied by the former Northern Ireland international goalkeeper.

In the end the draw was enough, despite Ballymena United’s win over Portadown. Tuesday’s game kicks off at 7.45pm at Inver Park. Unfortunately, contrary to NIFL’s directive that 20% of ticket allocations for the playoffs should be allocated to away fans, NIFL have informed us that Larne will not be allowing away fans to attend Tuesday’s game at Inver Park. 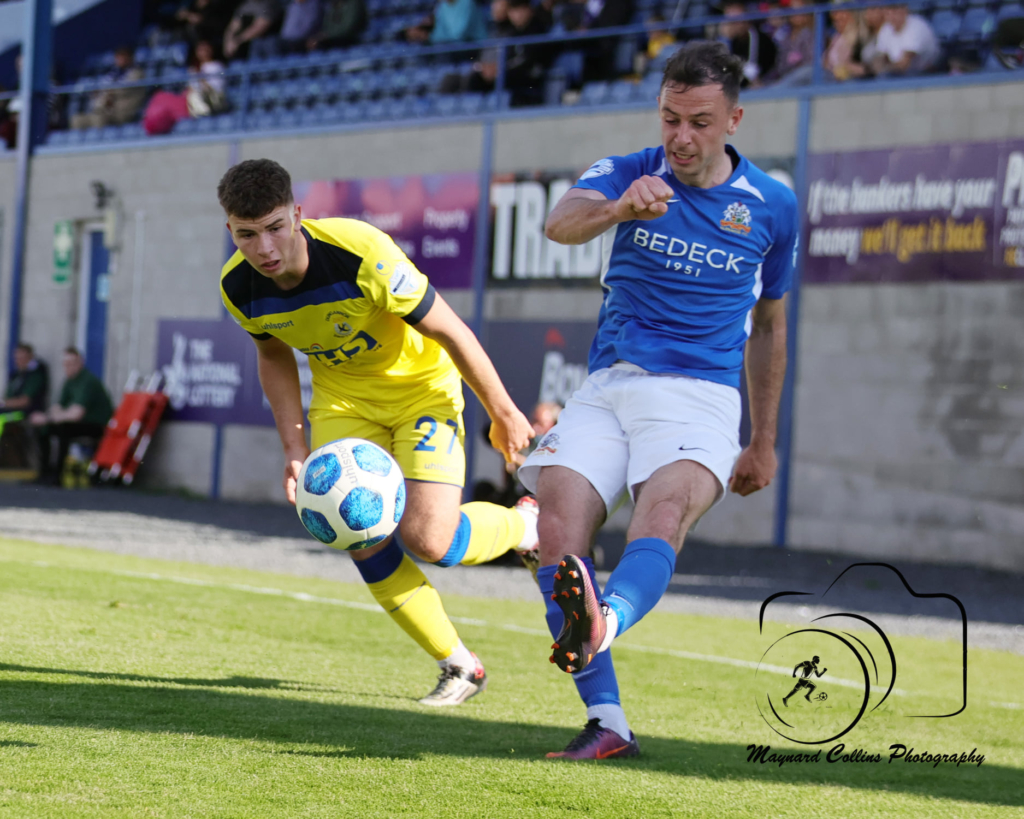 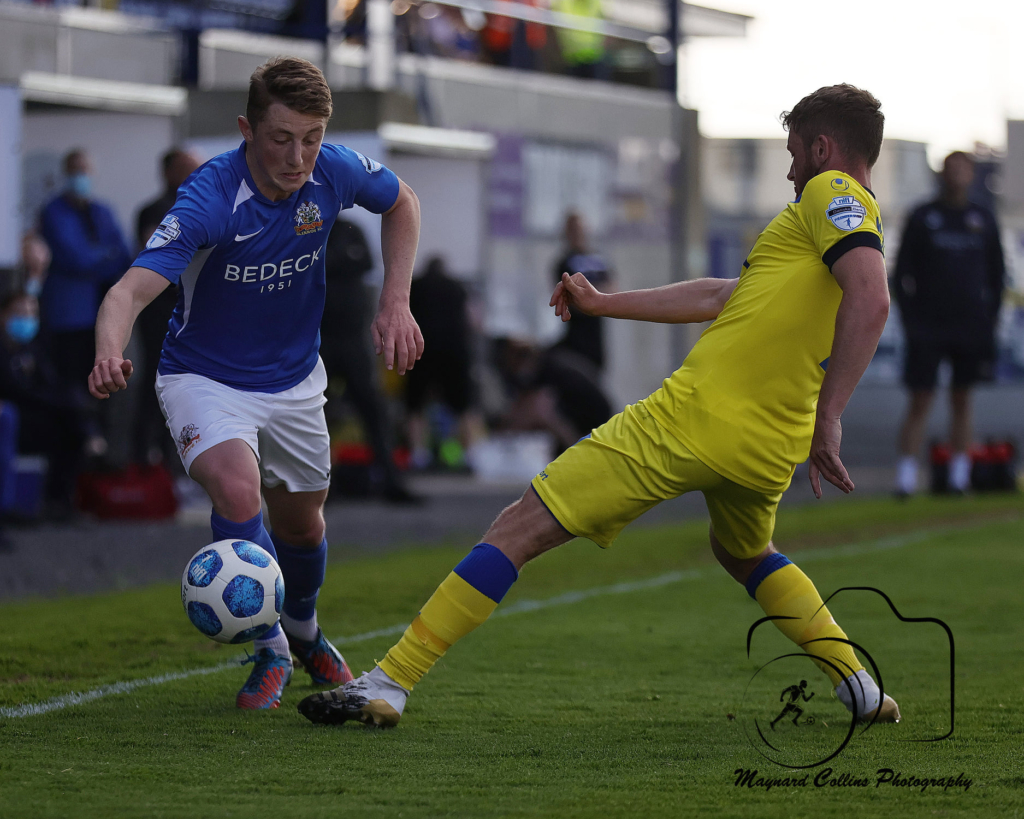 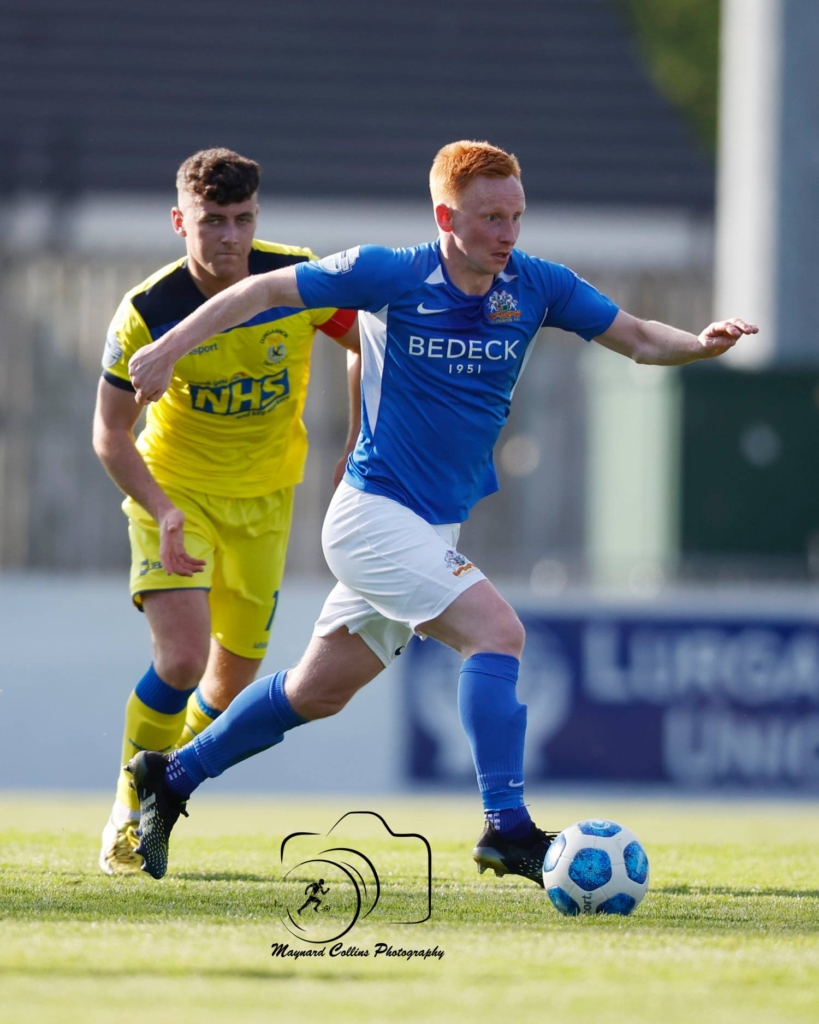 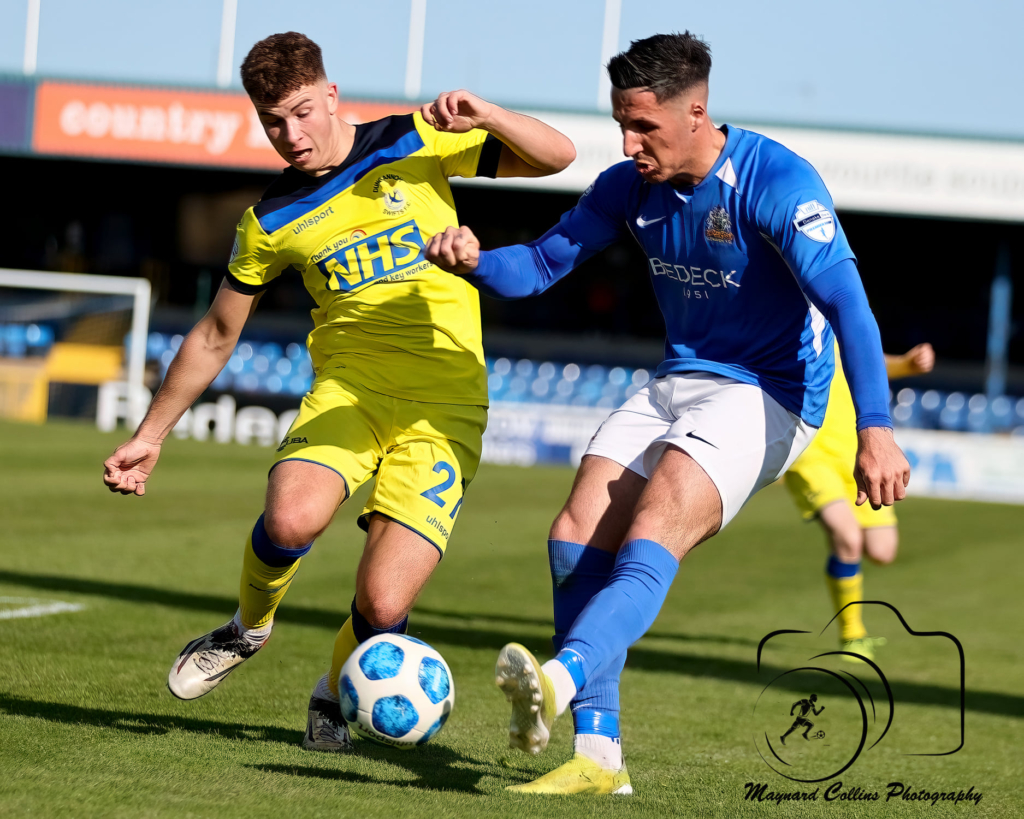 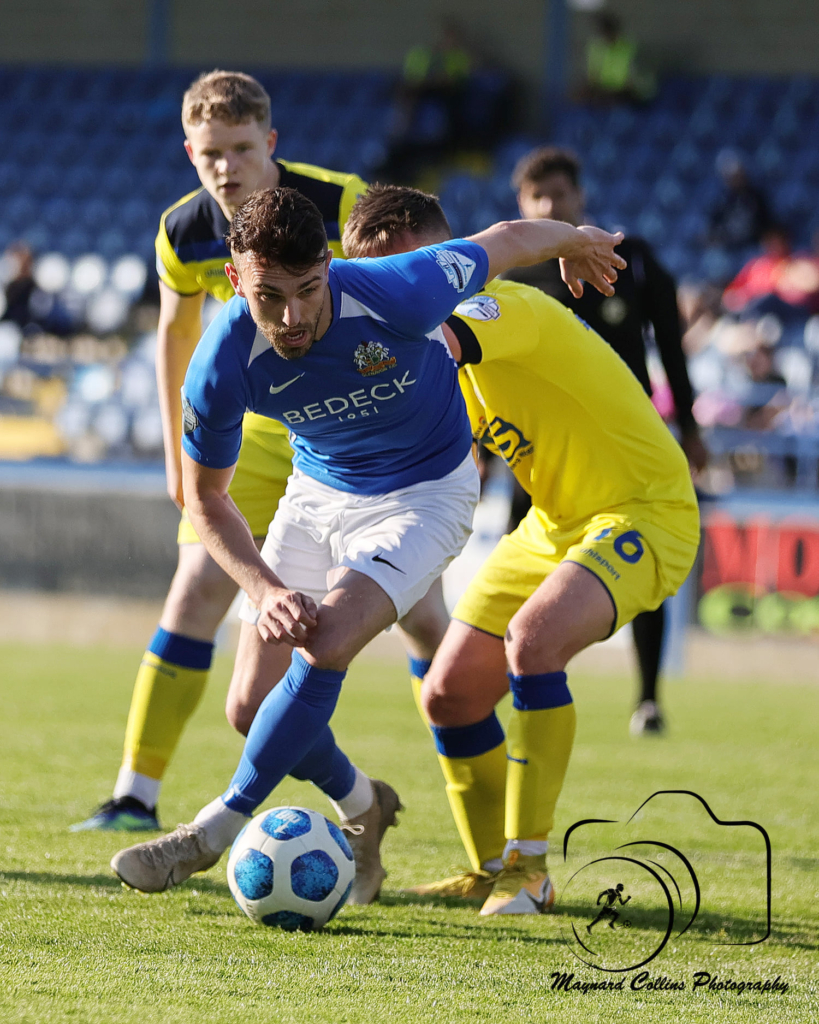