Glenavon secured a comprehensive 4-0 victory over Warrenpoint Town at Mourneview Park on Friday evening and took another massive step towards securing seventh spot and the final European play-off spot.

Man of the match Andy Hall put the Lurgan Blues in front on 29 minutes when he headed home Robert Garrett’s cross.

Hall scored his second and Glenavon’s third in the 70th minute when he struck a superb free-kick into the net.

The scoring was completed in the second minute of injury time when Danny Purkis pounced on a rebound from Matthew Snoddy’s shot to grab Glenavon’s fourth goal.

Purkis might have had an opportunity to score in the first minute of the game when Garrett had a great chance to slip him in, but the midfielder overhit his pass.

Three minutes later, Matthew Fitzpatrick had a chance to square the ball to Purkis, but the final touch went wrong and the chance was lost.

Glenavon eventually got the goal their dominance deserved on 29 minutes. Garrett crossed from the right to find Hall after he’d played a one-two with Peter Campbell from a quickly taken corner. Hall headed the ball into the ground and beyond Andy Coleman, although the former Glenavon goalkeeper will feel he really should have kept it out of his net.

The Lurgan Blues doubled their lead six minutes later. Again it was a cross from the right, this time from Purkis. Wallace attempted to cut the cross out, but he sliced the ball horribly off his right boot and it looped over Coleman and into the net.

Glenavon came very close to scoring a third goal in the 61st minute when Campbell flashed a ball across the face of goal which went just wide of the far post. Purkis also came within inches of getting a touch to divert the ball into the goal.

Glenavon’s number nine then had a glorious opportunity to score three minutes later when he was sent clear by Garrett, but he dragged his low left-foot shot agonisingly wide of Coleman’s left-hand post.

The third goal eventually arrived on 70 minutes, and what a goal it was. Glenavon were awarded a free-kick 25 yards from goal when Coleman took out Fitzpatrick. Up stepped Hall, and he struck a superb free-kick which went over the wall, beyond the dive of Coleman and into the net.

Purkis put the icing on the cake right at the death. Snoddy battled his way into the box and squeezed a low shot on target. Coleman got down to make the save, but Purkis latched onto the rebound in true poacher fashion and poked home Glenavon’s fourth to round off the scoring and underline an impressive victory.

Glenavon now sit six points clear of eighth-placed Ballymena United in the race for seventh place, although the Sky Blues have a game in hand, as they take on Dungannon Swifts tomorrow afternoon. However, even if Ballymena were to win that match, Gary Hamilton’s men still know that four points from their remaining two games against Carrick Rangers and the Swifts would be enough to secure the play-off spot they crave. 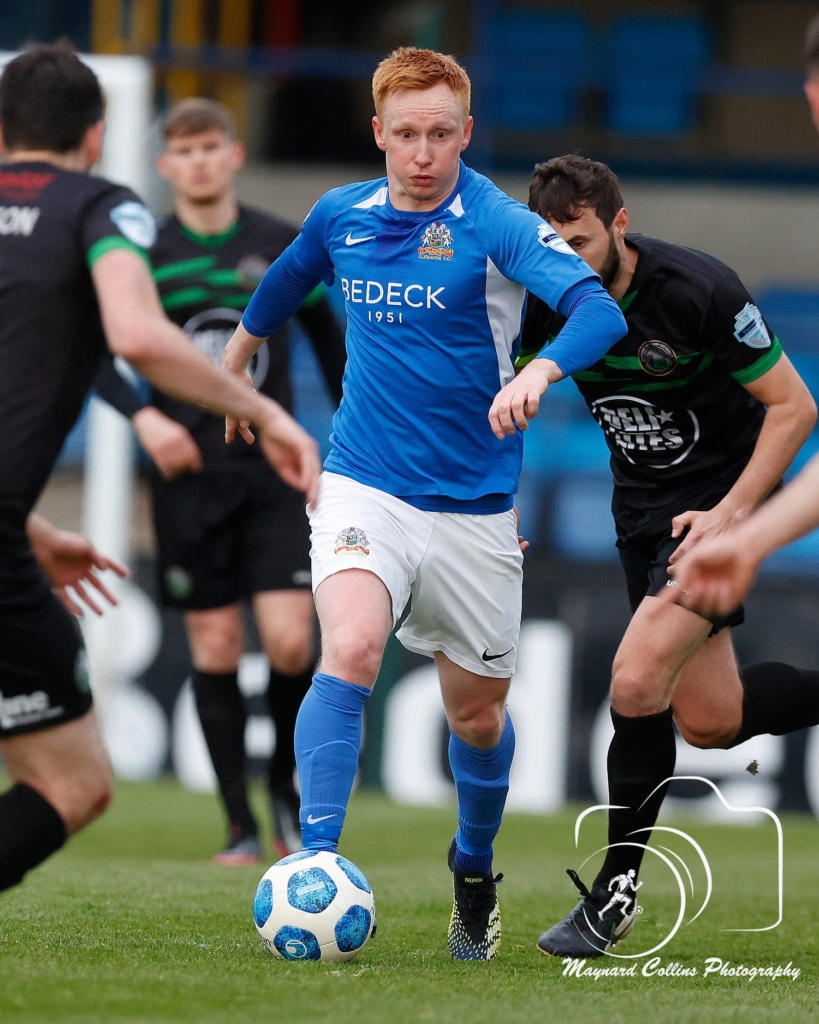 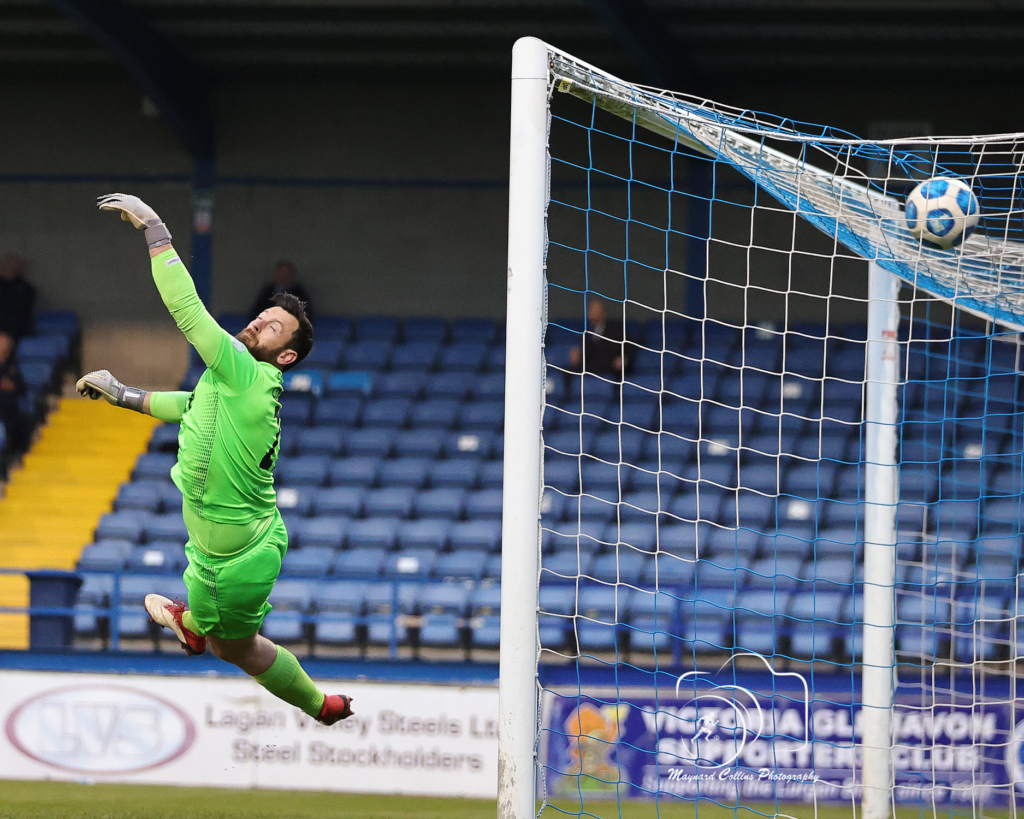 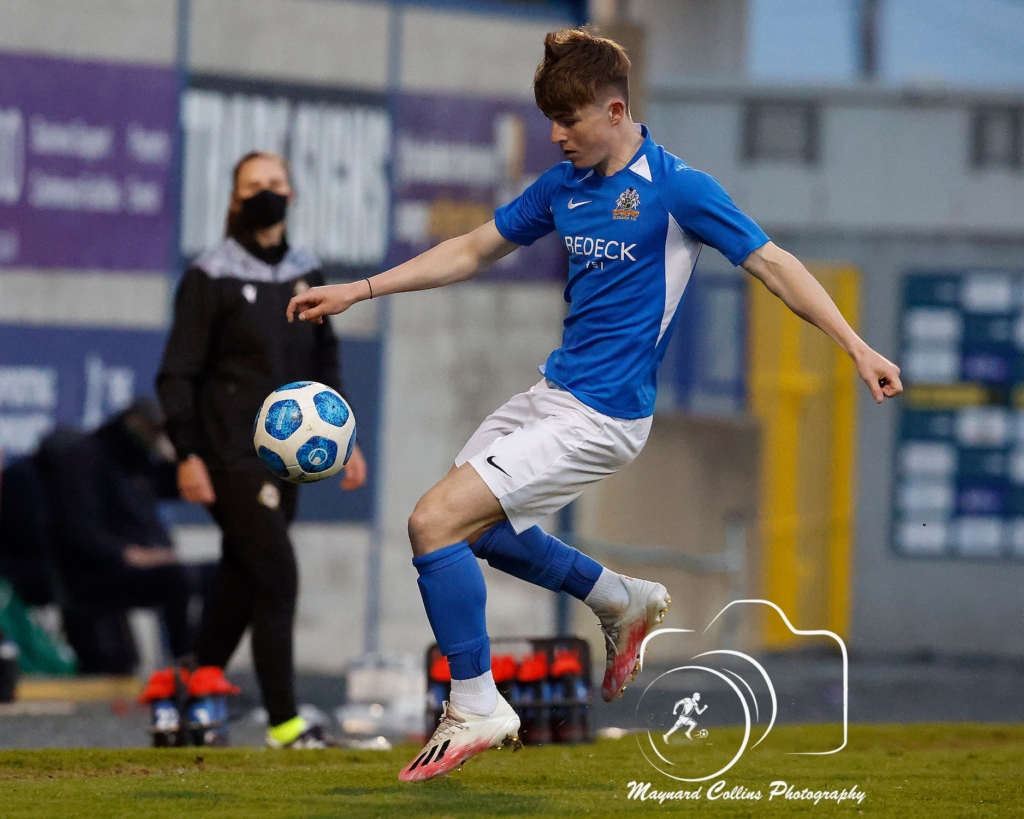 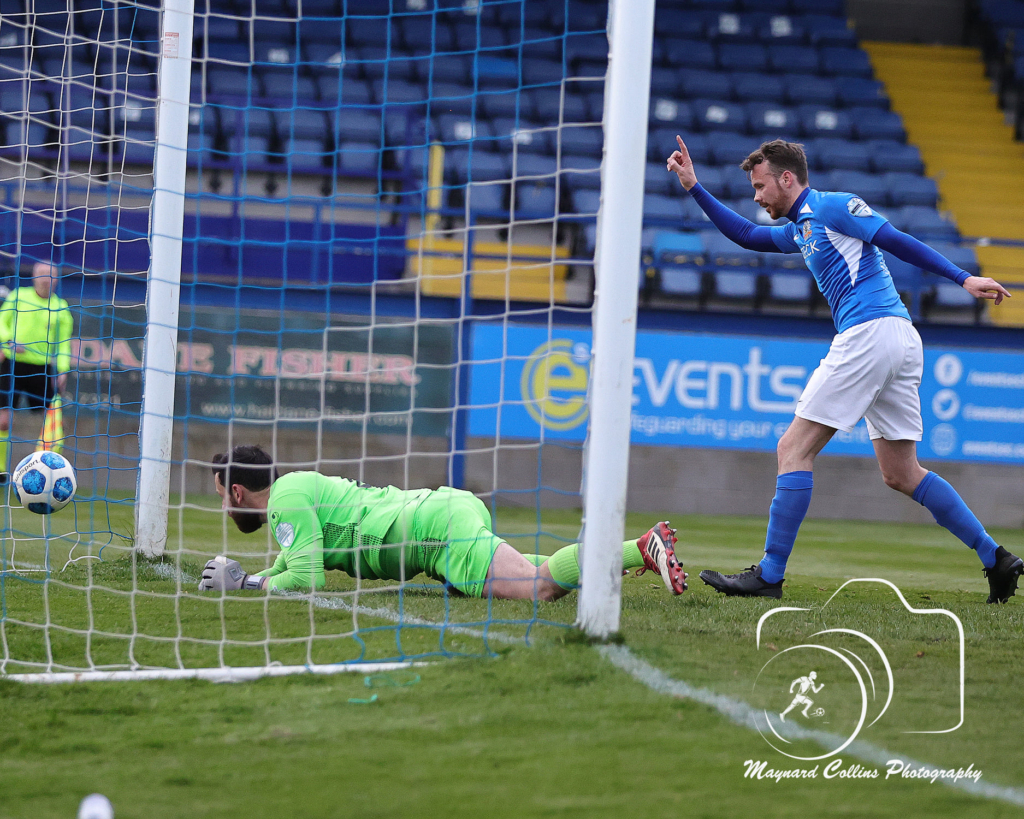 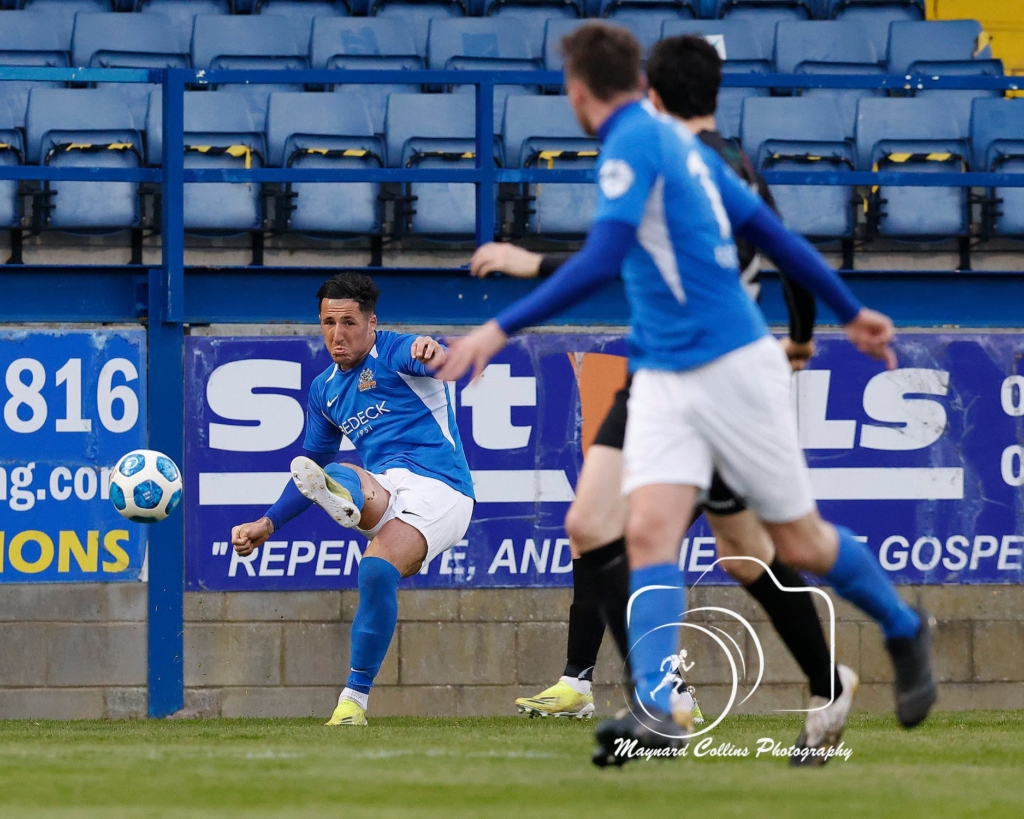 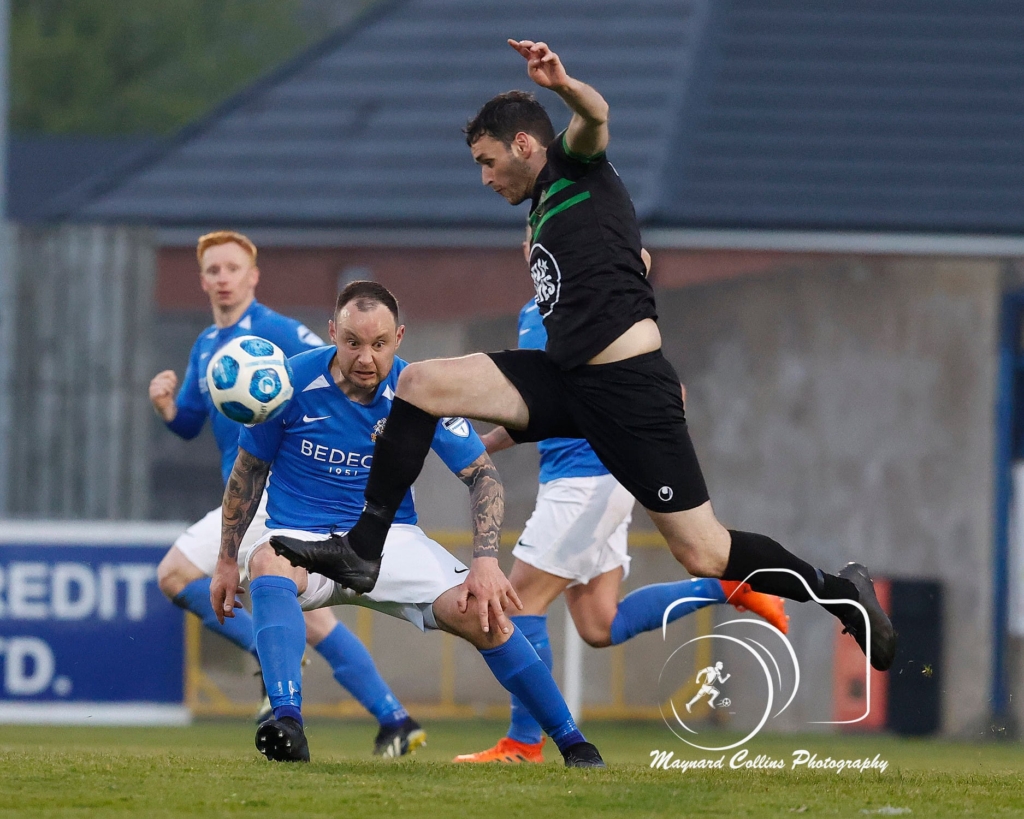