The Ports went ahead against the run of play on 43 minutes when Lee Bonis lashed a half-volley past Craig Hyland after a high ball had caught out Andrew Doyle.

Doyle made amends just a minute later, however, as he headed the equaliser from Peter Campbell’s corner.

Man of the Match Matthew Fitzpatrick gave Glenavon a deserved lead on the hour mark when he slammed the ball home following Danny Purkis’ knock-down.

Fitzpatrick then doubled the Lurgan Blues’ advantage in the 75th minute by curling a low shot into the bottom corner from the edge of the box.

The scoring was completed on 81 minutes when Ports defender Adam McCallum turned a Fitzpatrick cross into his own net.

The impressive Calvin Douglas very nearly gave Glenavon the lead in the fourth minute when he overhit a cross, almost catching Jacob Carney out in the Portadown goal.

The Lurgan Blues really should have gone in front four minutes later when Campbell led a counter-attack and played Fitzpatrick clean through on goal, but the striker couldn’t beat Carney with his low shot.

On 24 minutes Campbell finished off a fine run by curling a left-foot shot on target from just outside the box, but Carney thwarted Glenavon again, diving to his right to make an impressive save.

Another gilt-edged chance went begging five minutes later. Again it was Campbell who was the provider, this time playing Purkis in, but he shot straight at Carney.

Purkis did manage to find the net three minutes later when he tapped in following superb play from Douglas on the right, but the linesman raised his flag to rule the effort out for offside.

Portadown took a shock lead, totally against the run of play, in the 43rd minute. George Tipton played a looping ball forward, catching out Doyle and releasing Bonis. The Ports striker struck a wicked first-time half-volley from 20 yards which flew past Hyland at his right-hand post.

Doyle would make amends almost immediately, though. Glenavon went straight up the other end following the restart and won a corner, which Campbell swung over from the right. Doyle met it at the far post and powered a header home to draw the Lurgan Blues level.

Glenavon wasted yet another great chance in first-half stoppage time when Purkis fired a shot over the bar from inside the box when he really should have been at least working Carney in the Portadown goal.

The Lurgan Blues finally got just reward for their domination by going in front on 60 minutes. Campbell curled a cross into the box from the right flank and Purkis knocked the ball down into the path of strike partner Fitzpatrick, who in turn slammed it past Carney and into the net.

The in-form Fitzpatrick doubled the home side’s advantage 15 minutes later when he struck a brilliant low, curling shot with his right foot from the left corner of the penalty area. The ball travelled through a host of bodies before nestling in the far bottom corner, notching Fitzpatrick his fifth goal in his last six games.

The rout was completed on 81 minutes, and Fitzpatrick was involved again. This time he sent a cross in from the left, Ports defender McCallum tried to cut it out, but only succeeded in turning the ball into his own net to make the final score 4-1.

The victory keeps Glenavon three points clear of Ballymena United in seventh spot, and with three league games remaining, the Lurgan Blues are in prime position to secure the final European play-off place. 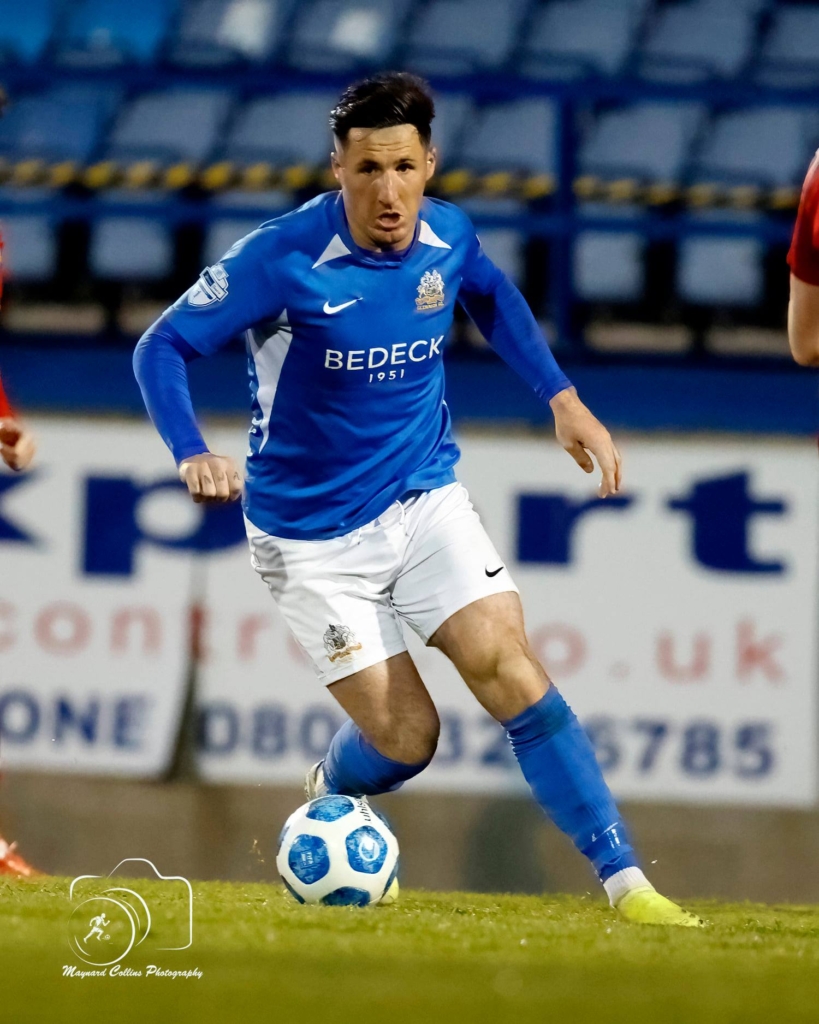 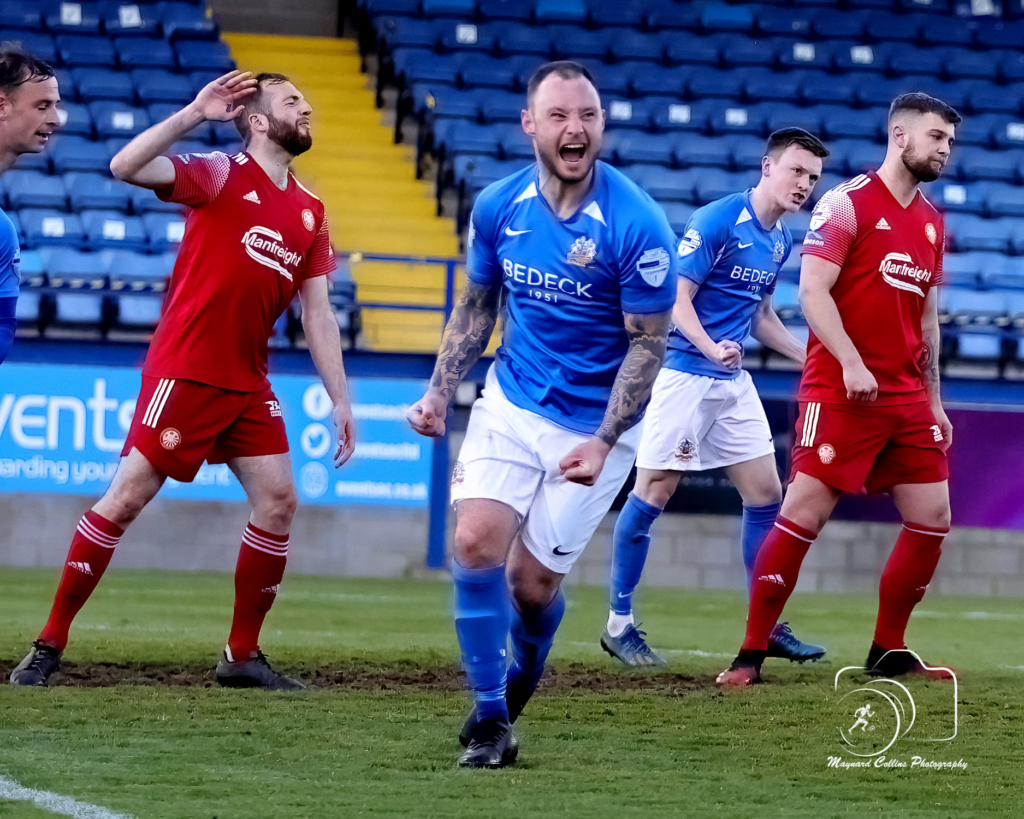 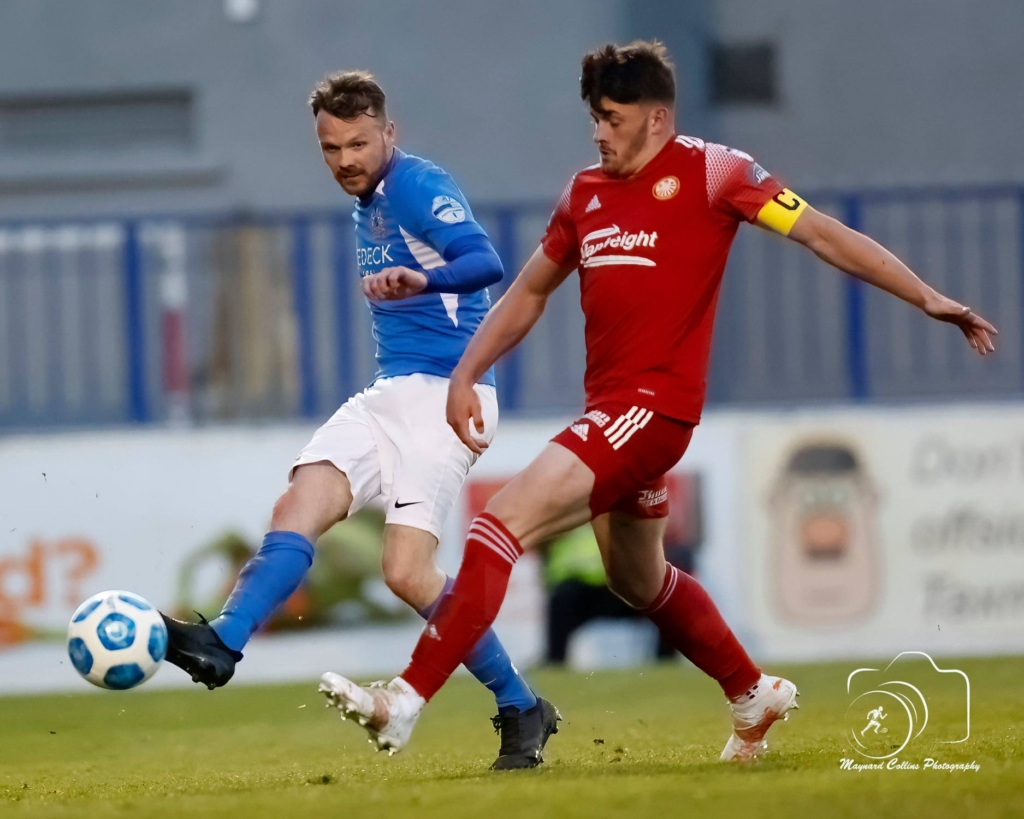 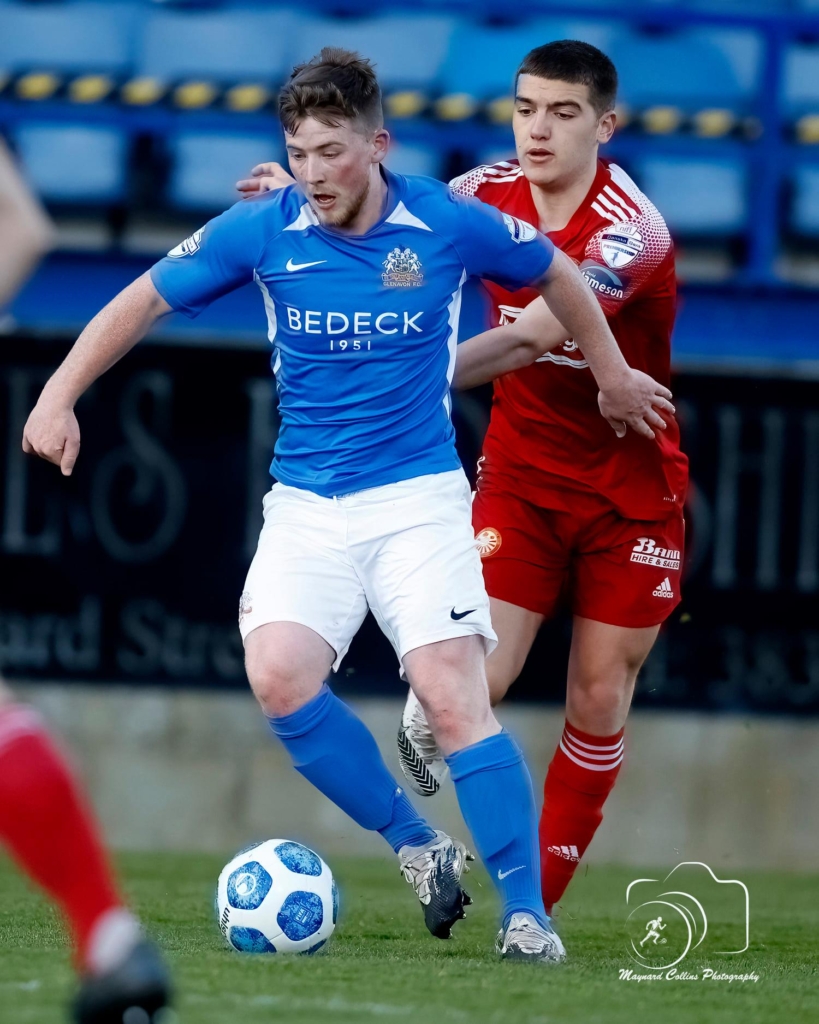 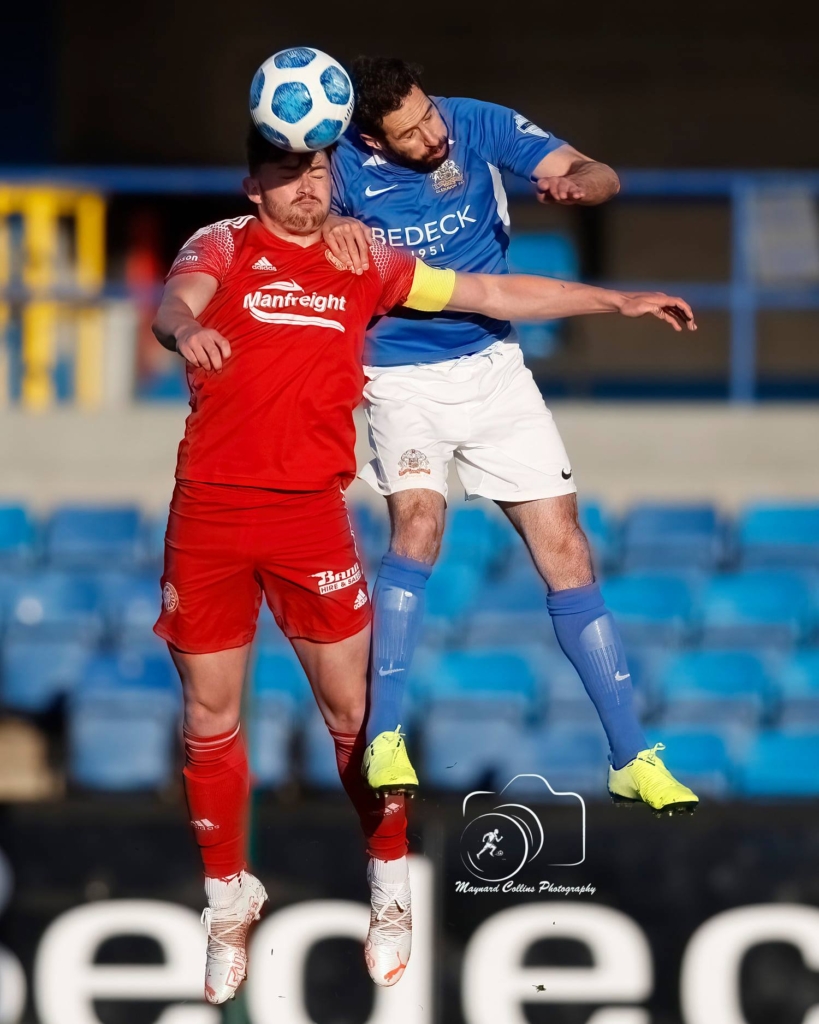 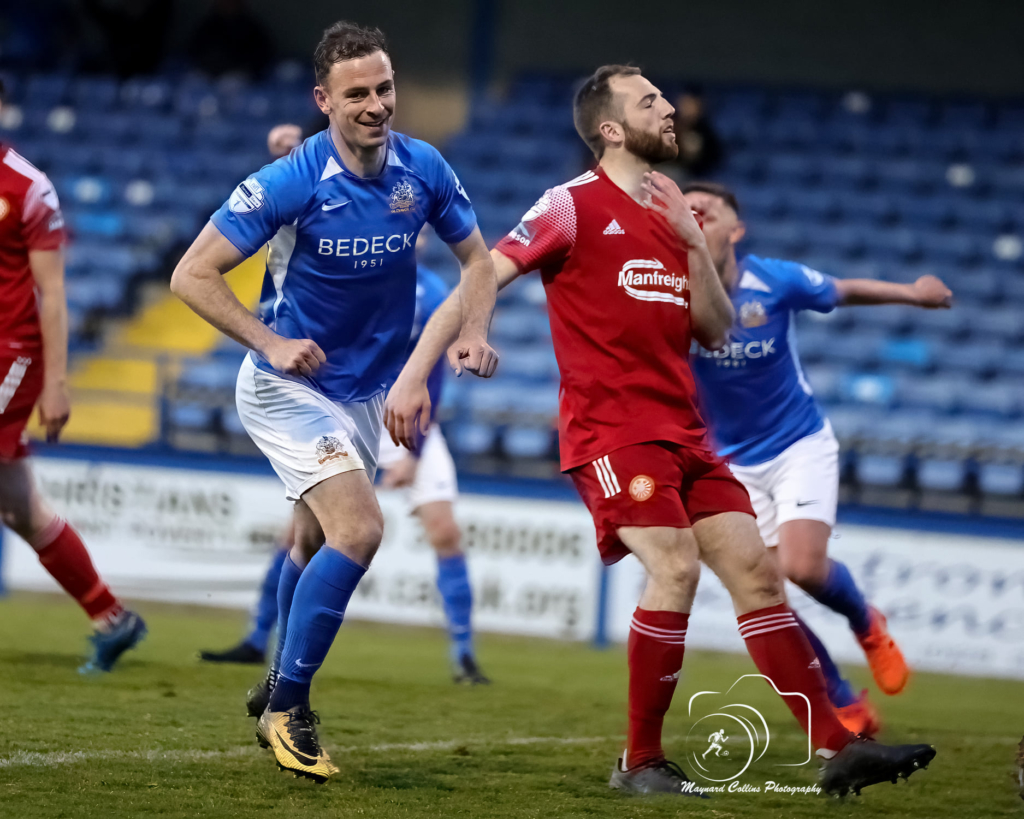