Glenavon lost at the Ballymena Showgrounds as three second half goals consigned them to defeat.

Paul McElroy, a Shea McCartan header and a Kofi Balmer header did the damage for the Sky Blues, although a fine Calvin Douglas drive pulled a goal back for Glenavon.

Ballymena’s first chance came on five minutes when an Andy McGrory corner was headed across goal by Kofi Balmer. McGrory put the ball back across goal, but as Balmer had a second attempt referee Keith Kennedy blew up for a foul.

Glenavon went up the other end and had a shout for a penalty. Matthew Fitzpatrick’s shot was blocked on the edge of the box and as Greg Moorhouse followed up, the ball appeared to come off the arm of a United defender. Kennedy waved play on.

It was United’s turn to attack on 12 minutes and when Paul McElroy laid the ball back from the corner of the box, Leroy Millar fired over the bar from 20 yards.

Five minutes later it was Glenavon’s chance to attack. Danny Purkis had a great opportunity to break the deadlock when he rose to met Calvin Douglas’ cross from the right, but he couldn’t beat Jordan Williamson with his header.

With a minute to go until the break Craig Hyland came to the rescue, scooping away a Shea McCartan goalbound header at the back post from McGrory’s cross.

And as the clock rolled into stoppage time McCartan could only watch as Hyland pushed away his free kick from just beyond the D at the edge of the Glenavon penalty area.

As the game wore on it was going to take something strange or spectacular to break the deadlock. Sadly for the visitors, it was the former which saw United get in front. Sean Ward’s attempted back pass to Hyland was short. McElroy nipped in, got around the goalkeeper and scored from a tight angle off the far post.

Shortly afterwards the game threatened to boil over when a scrap ensued in the middle of the Glenavon half. Glenavon’s Singleton and Ballymena’s Kelly both ended up in the referee’s notebook for their part in the melee.

Then on 69 minutes Kennedy awarded a penalty when Andrew Doyle brought down Kofi Balmer in the box. McCartan did the needful from the penalty spot, with Hyland getting a hand to it.

The three points were secured with less than 10 minutes to go when Balmer got on to a Ross Redman free kick, scoring with a looping header.

There was a fine consolation goal for the visitors with two minutes to go through Calvin Douglas, who rifled home a powerful strike following a move involving Conan Byrne and Peter Campbell. 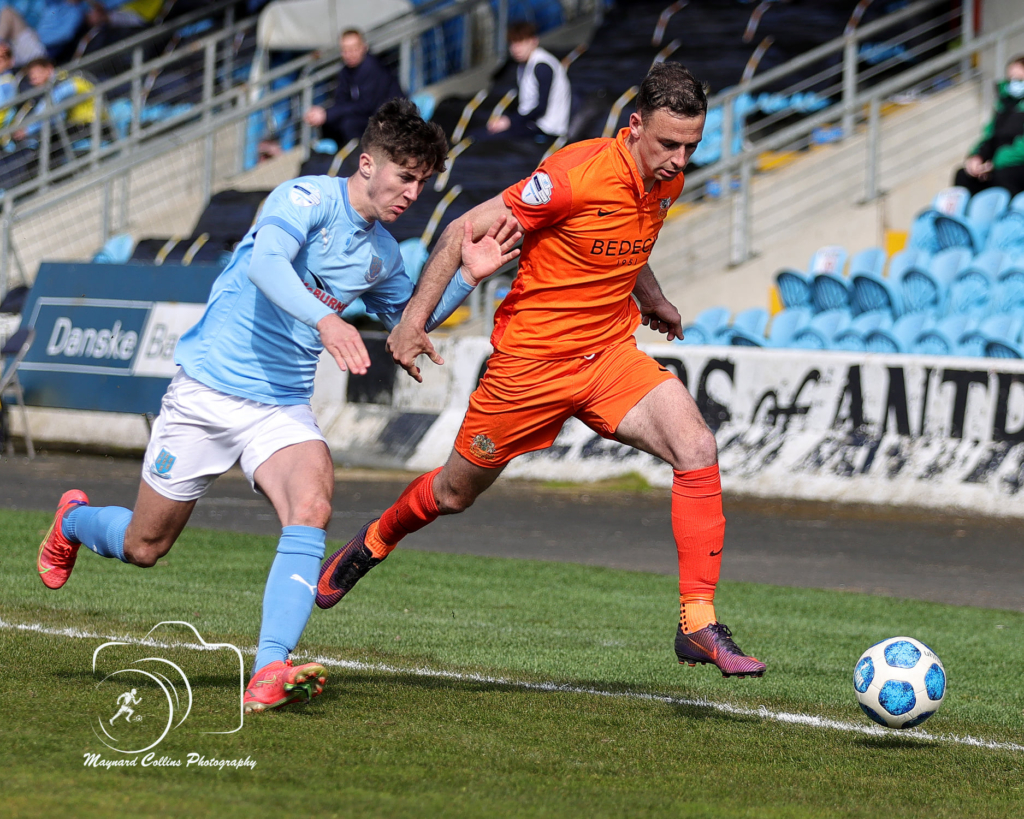 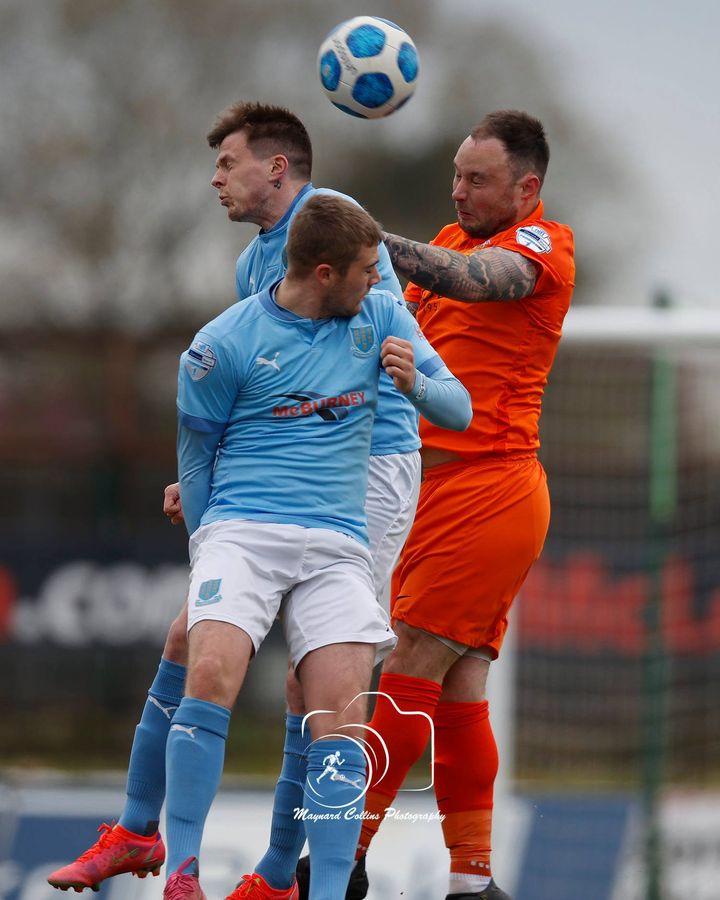 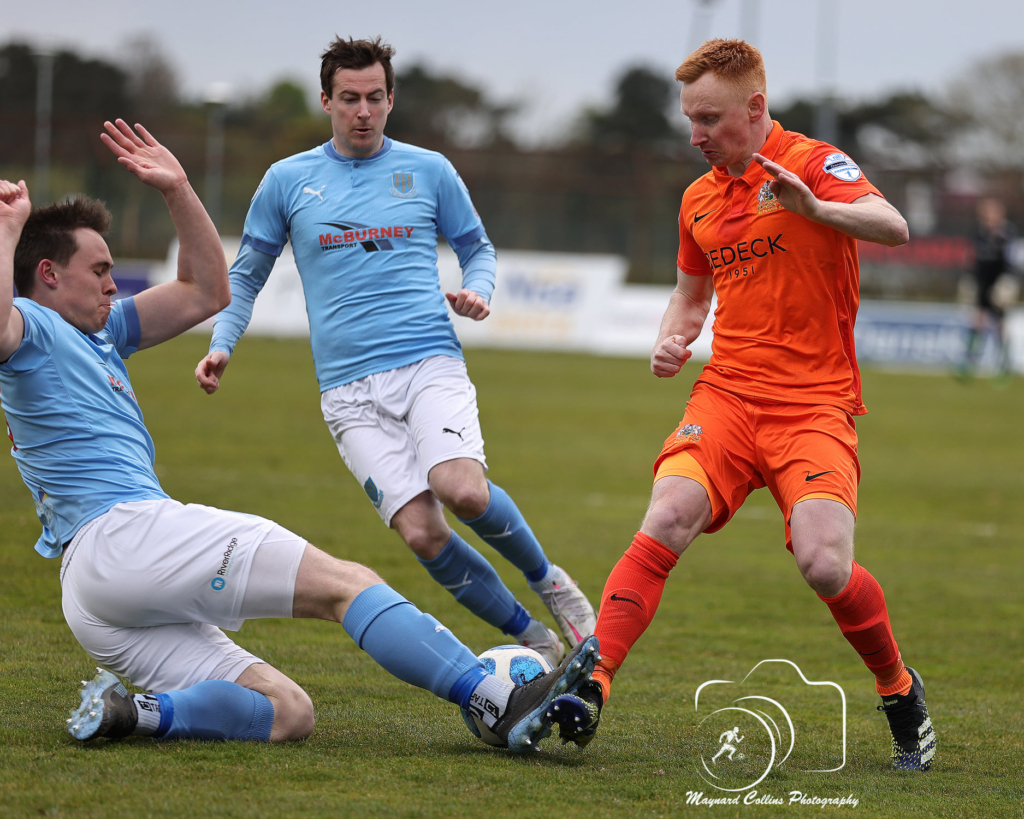 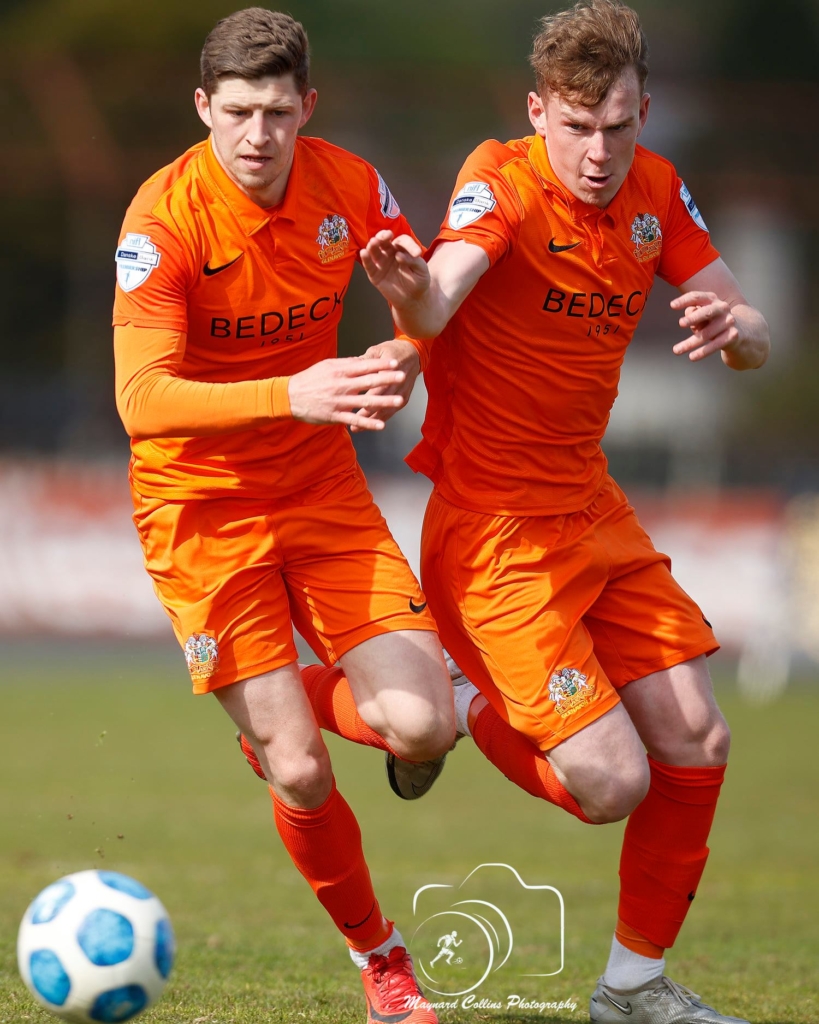 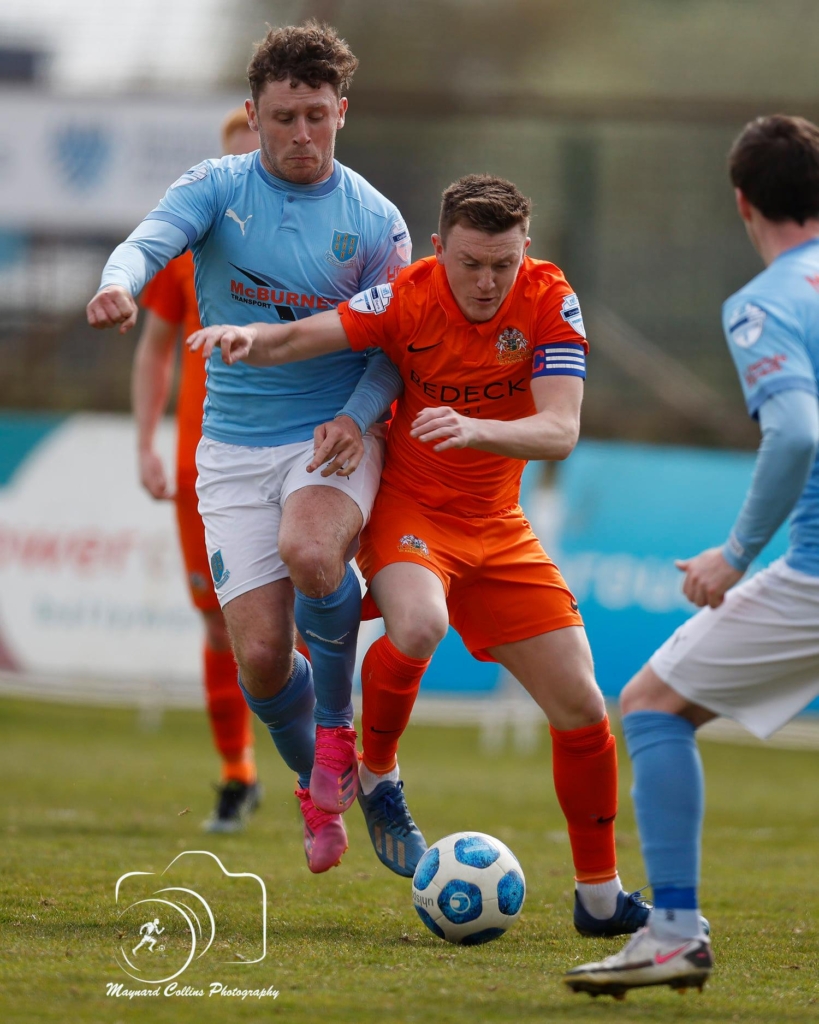 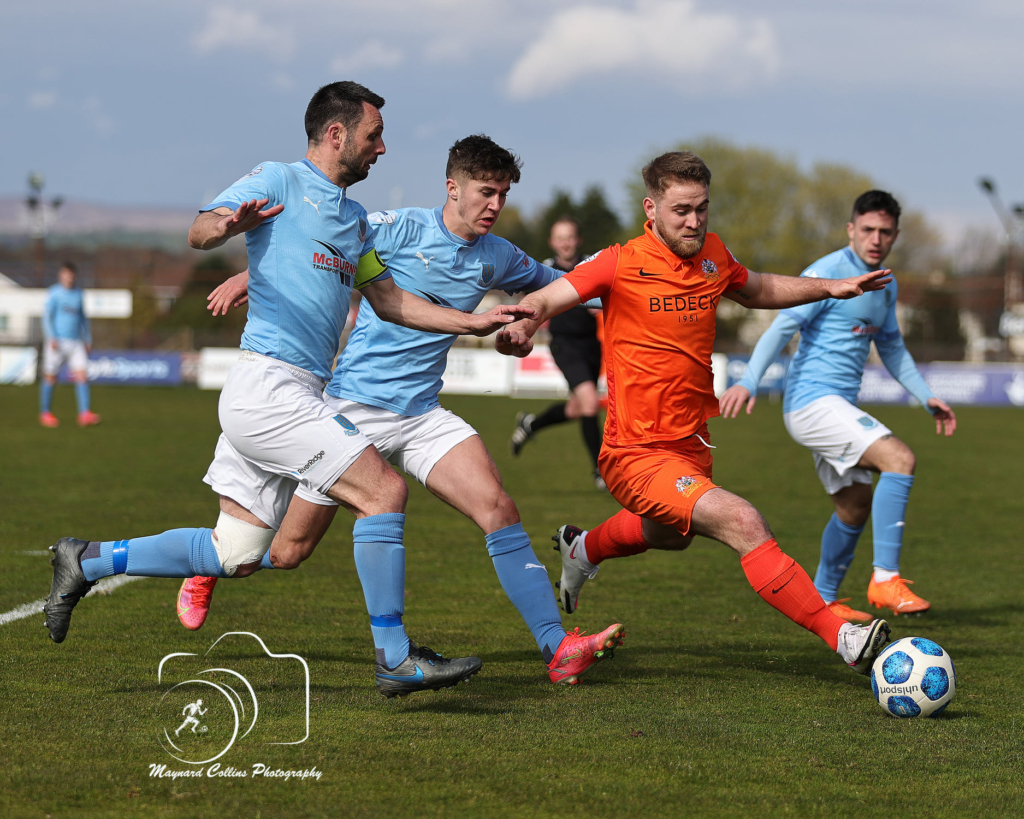