Skip to content
Previous Next
MATCH REPORT: Blues hang on for three points

Glenavon are up to seventh in the Danske Bank Premiership table after holding on to get an important win over Warrenpoint Town.

Three goals from Danny Purkis and the opening strike of the game from Matthew Fitzpatrick had the Lurgan Blues 4-1 up at half time.

Two quickfire goals from Barry Gray’s men at the start of the second period made it a nervy second half for the visitors, but Glenavon held on to keep their top six hopes, which remain slim, alive.

In the final games before the split Glenavon, who play Linfield in Saturday’s late kick-off which is live on the BBC iPlayer, are now a point behind Crusaders who take on Dungannon Swifts.

Glenavon had to make an early change to their line-up when Andy Doyle was injured in the warm-up. Aaron Harmon took his place. There were starts too for Conan Byrne and Matthew Snoddy.

Gary Hamilton said that he wanted to see a response to last Friday’s defeat to Crusaders – and boy did he get one in the first half.

In fact it took just three minutes for Glenavon to get on the scoresheet. Matthew Fitzpatrick got onto the end of a Peter Campbell cross from the left and fired low past Andy Coleman.

Purkis made it 2-0 when Sean Ward’s high ball from the right wasn’t deal with by Coleman, who was being challenged by Fitzpatrick. The ball fell kindly for Purkis to tap in.

Warrenpoint pulled a goal back through Ryan Swan, who looped a header past Craig Hyland from Colm Deasy’s cross.

Glenavon moved two goals clear again on 35 minutes. While there may be a debate of whether it was a Purkis goal or a Danny Wallace own goal, there’s no doubt that the striker is claiming it. The cross came in from Campbell again with Purkis putting Wallace under pressure. After the game Glenavon boss Gary Hamilton praised Purkis for scoring a hat-trick – and we’re certainly not going to argue with him!

Purkis’ third goal came from the penalty spot after he had been brought down inside the box by Daniel Byrne. The striker sent the goalkeeper the wrong way on 40 minutes.

Glenavon were looking comfortable going into the break, but a five minute spell at the start of the second half make things very nervy for the visitors.

With just 45 second gone after the restart Warrenpoint reduced the deficit through Adam Carroll, who tapped in after Swan’s shot came back off the post.

Then on 49 minutes Fra McCaffrey made it 4-3 as he rounded off a fine move which started from the goalkeeper and seven passes later ended with the ball in the Glenavon net.

There were shouts for a Warrenpoint penalty later in the half when Swan went down under a challenge from Calvin Douglas – but referee Lee Tavinder said no.

The game petered out after that, with Glenavon holding on to get all three points. 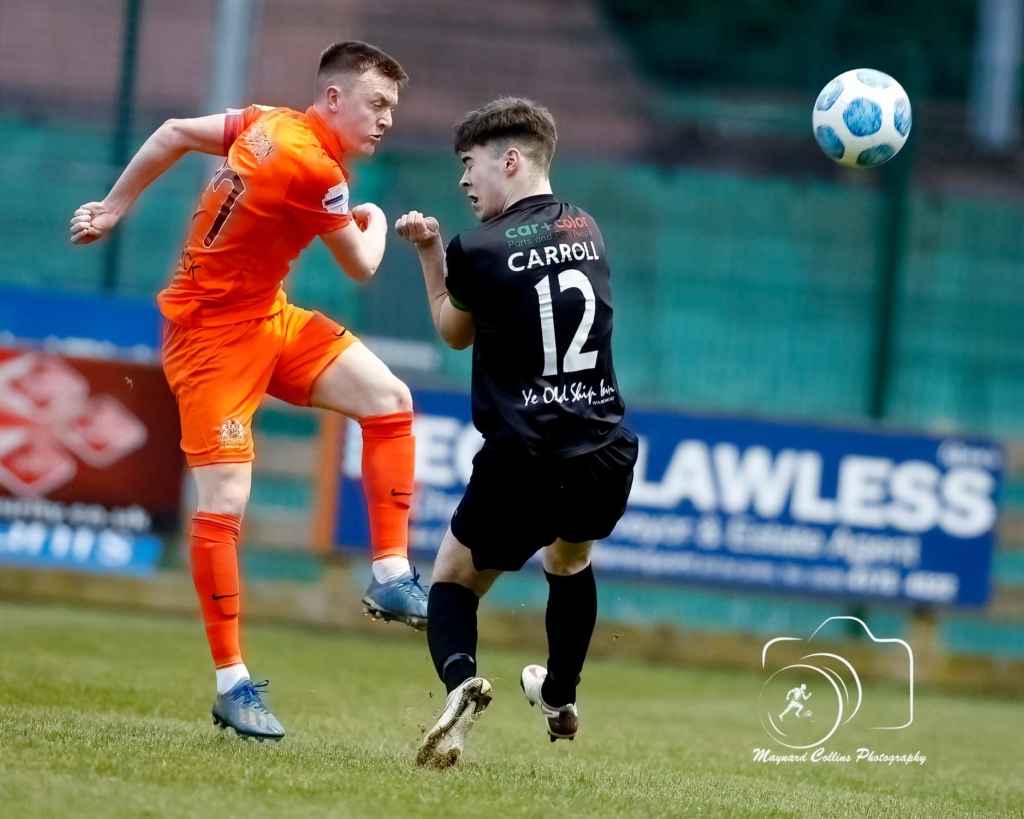 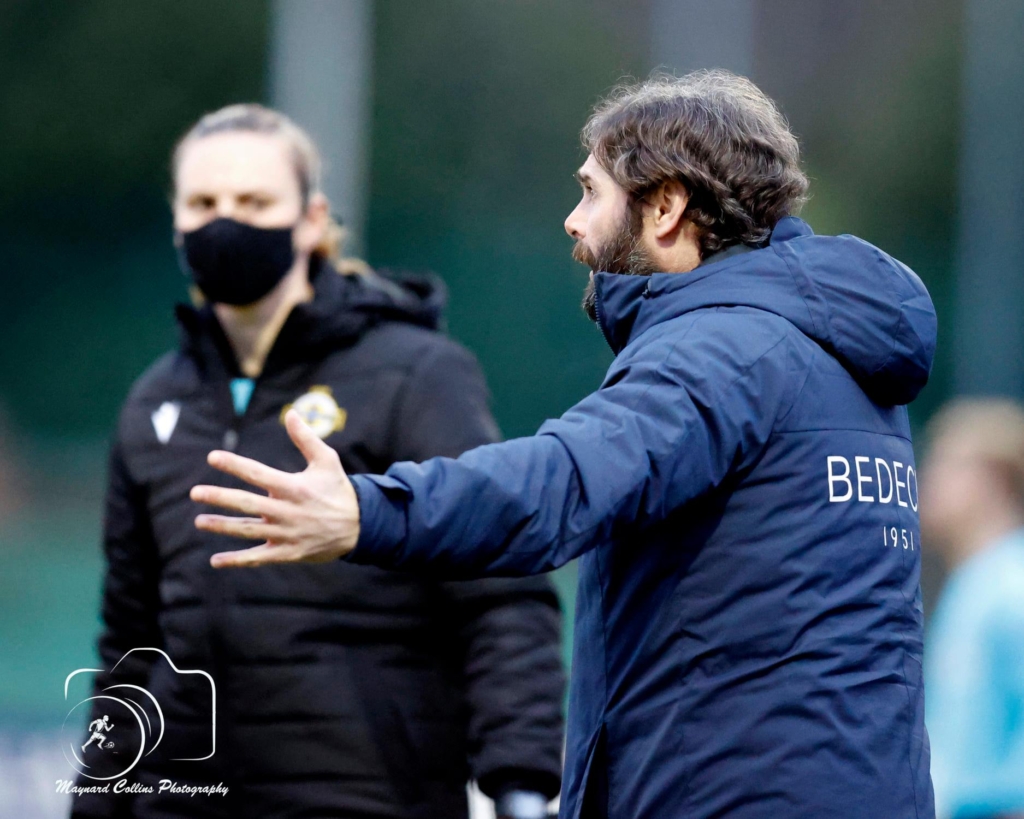 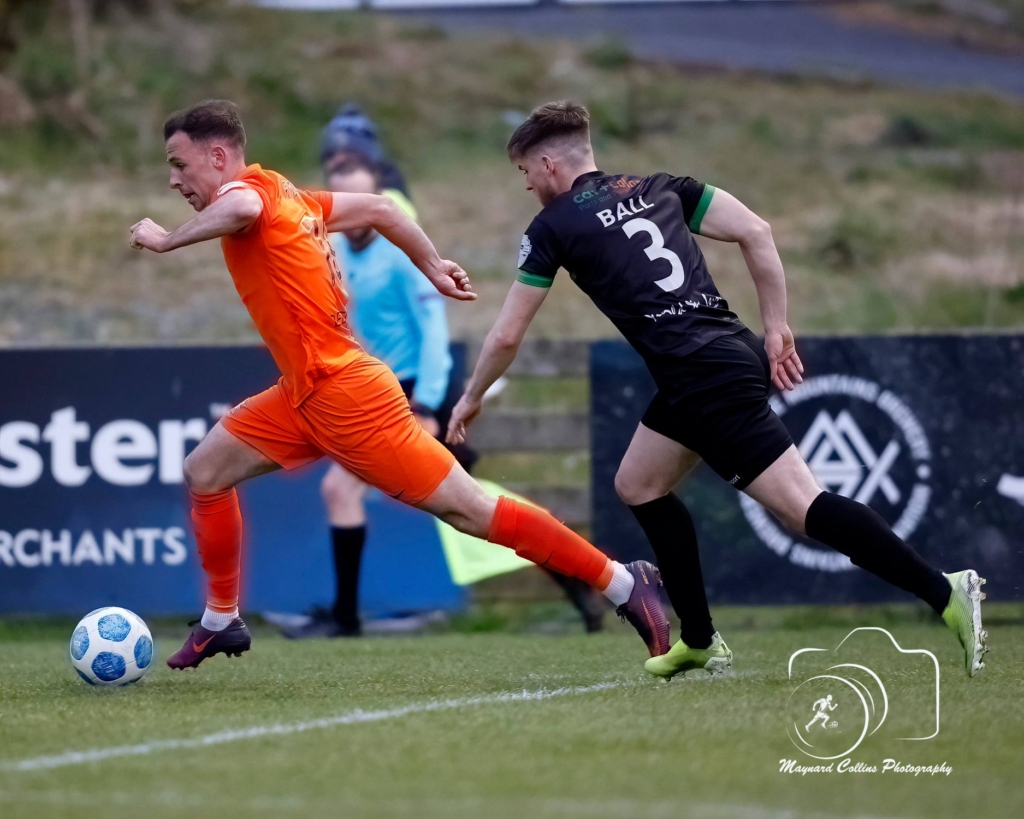 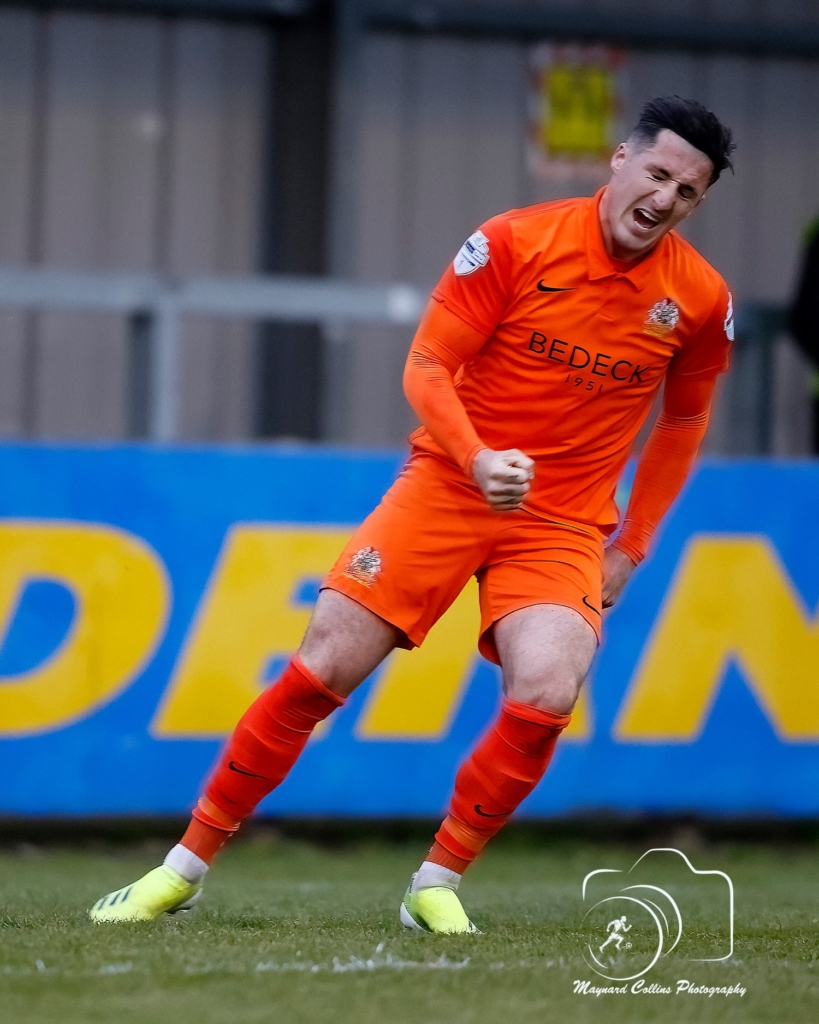