Glenavon edged out Ballymena United in a five-goal thriller at Mourneview Park on Saturday afternoon, the Lurgan Blues triumphing 3-2 to move level on points with the Sky Blues.

The home side led 2-0 at the break thanks to goals from captain James Singleton and Greg Moorhouse.

Ballymena were much improved in the second half, and they hauled themselves level through a Jonathan Addis header and a glaring error from Glenavon goalkeeper Craig Hyland.

However, the Lurgan Blues responded, and they were awarded a penalty on 78 minutes when Ryan Harpur upended Peter Campbell following a superb run from Danny Purkis. Purkis stepped up to convert the spot-kick and secure a vital three points in Glenavon’s quest for a top-six finish.

Matthew Fitzpatrick slipped a ball through for Purkis to chase on five minutes, but he couldn’t quite get there ahead of young Ballymena goalkeeper Dylan Graham. Moments later, Moorhouse chased down Graham and almost robbed the ball from him.

Hyland spilled a Redman free-kick on the quarter-hour mark, but he recovered to gather the loose ball.

Ben Wylie charged down Hyland’s attempted clearance in the 24th minute and nearly created a chance for himself, but the ball just ran out of play for a goal-kick.

Purkis did well to bring the ball under control and find Campbell on 28 minutes. The winger twisted and turned to create a shooting chance for himself, but in the end his effort went high and wide.

Campbell saw two shots blocked in quick succession three minutes later before the ball fell for Moorhouse to shoot. His effort was heading for the far corner, but Graham dived down to his left to push the ball round the post.

The deadlock was broken by Glenavon captain Singleton on 34 minutes. Harmon swung over a corner from the left and Singleton rose at the back post to head past Graham and into the net.

The Lurgan Blues doubled their lead five minutes later from another corner. This time Campbell took the set-piece from the opposite side and Moorhouse nodded the ball home.

Glenavon came close to adding a third goal in first-half stoppage time. Substitute Michael O’Connor floated a corner in from the left and Campbell saw his header come back off the crossbar. Purkis followed up, only for his attempt to be blocked on the line by Addis before a free-kick was awarded for a foul on the goalkeeper.

Ballymena were much improved in the second half, and they reduced their deficit on 58 minutes. It was yet another goal from a corner, as Ross Redman delivered from the left to pick out Addis at the back post and he powered his header past Hyland to make it 2-1.

Glenavon looked shell-shocked when the Sky Blues drew themselves level in the 65th minute. Again it was Redman who delivered, this time from a free-kick. Hyland came and attempted to punch clear, but he succeeded only in diverting the ball into his own net to hand an equaliser on a plate to David Jeffrey’s side.

Glenavon might have crumbled at this point, but in fact they did quite the opposite, and they were rewarded for their response when they won a penalty in the 78th minute. Purkis set off on a superb run on the right to fight his way into the box before pulling the ball back for Campbell. When the winger was upended by United substitute Harpur, referee Andrew Davey pointed to the spot. Up stepped Purkis to take the spot-kick, and he converted, sending his low shot inside Graham’s left-hand post.

Fitzpatrick should have made the points safe in the 86th minute when man of the match Purkis picked him out with a cross from the left, but he couldn’t direct his header on target.

Ballymena threatened once or twice in the dying minutes, but Glenavon held on for the precious three points.

The win sees Gary Hamilton’s side move level with seventh-placed Ballymena on 46 points.

Unusually, Glenavon don’t have a match this coming Tuesday night, but there’s another big game in store next Saturday as the Lurgan Blues travel to Seaview to take on a Crusaders side who sit just one point above them in the standings in sixth place. 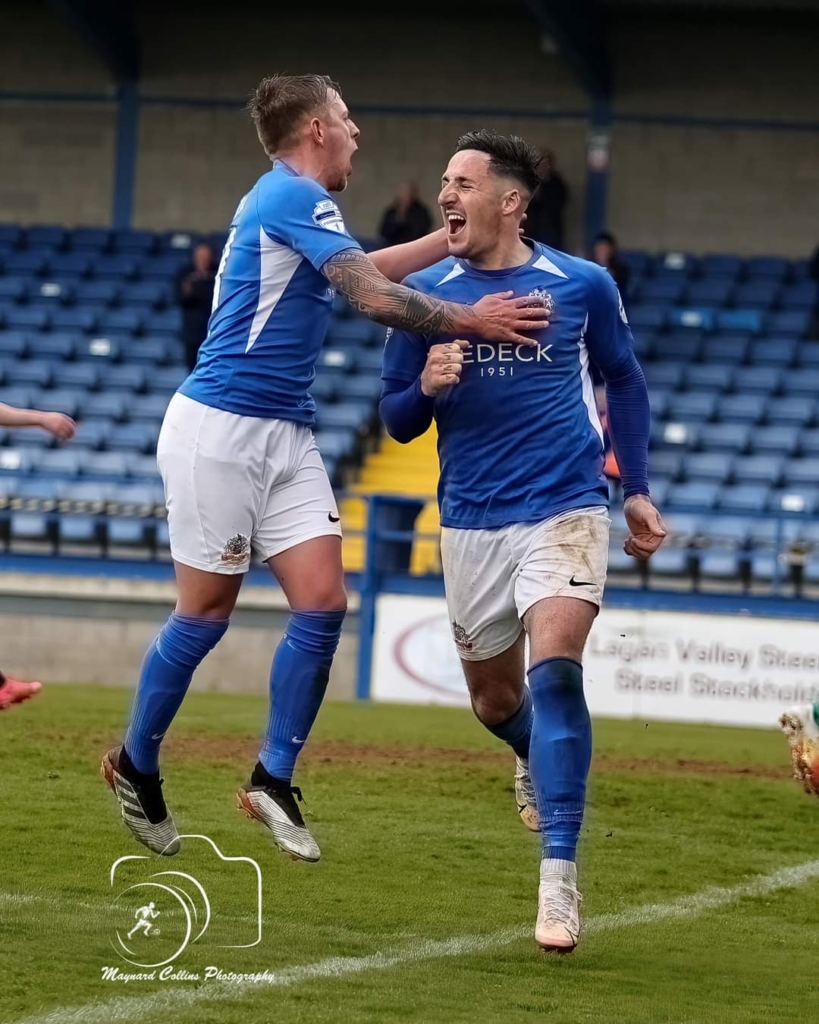 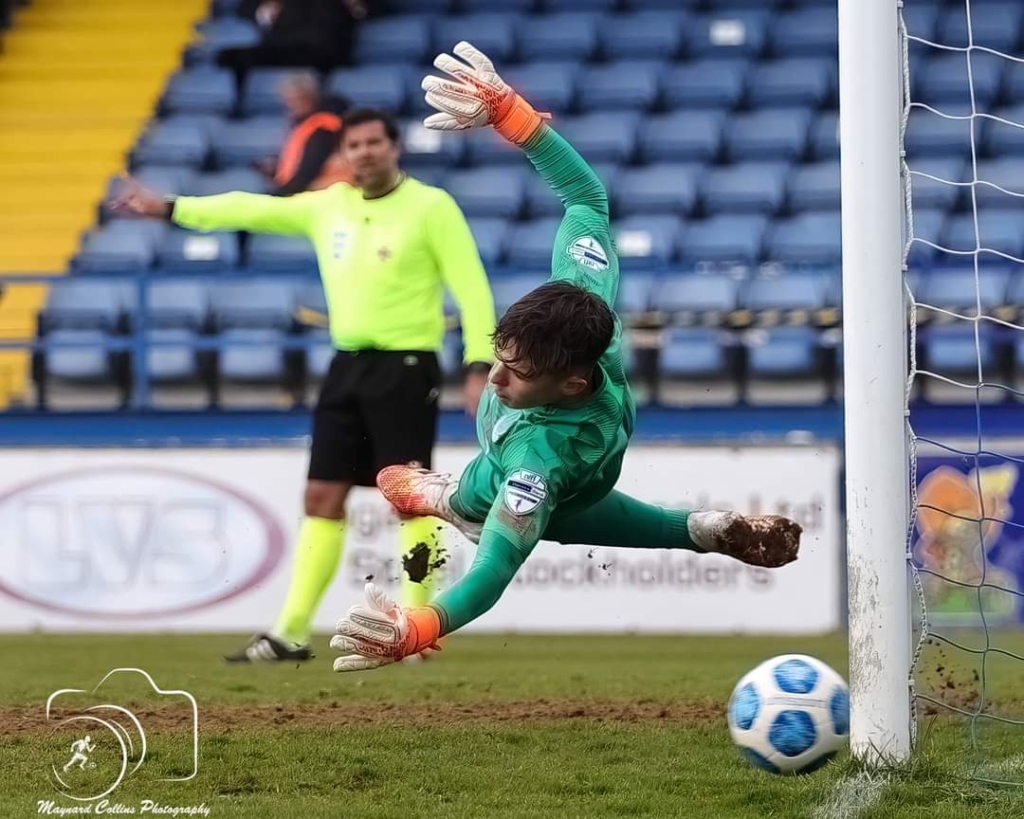 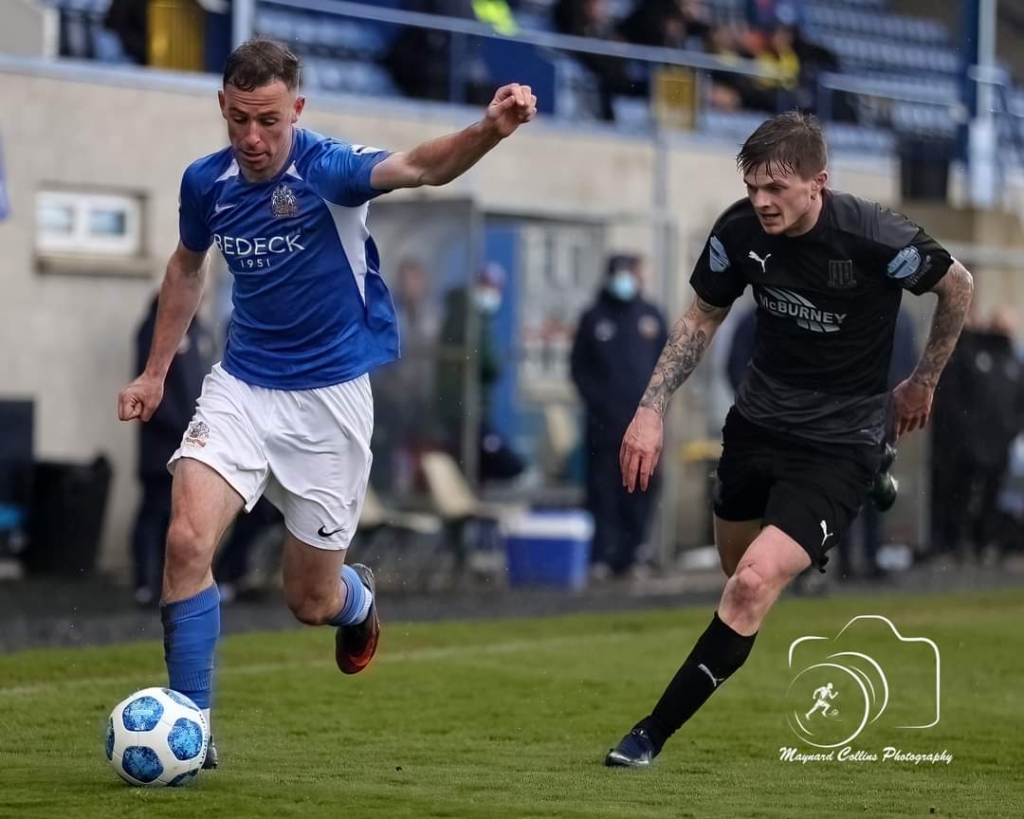 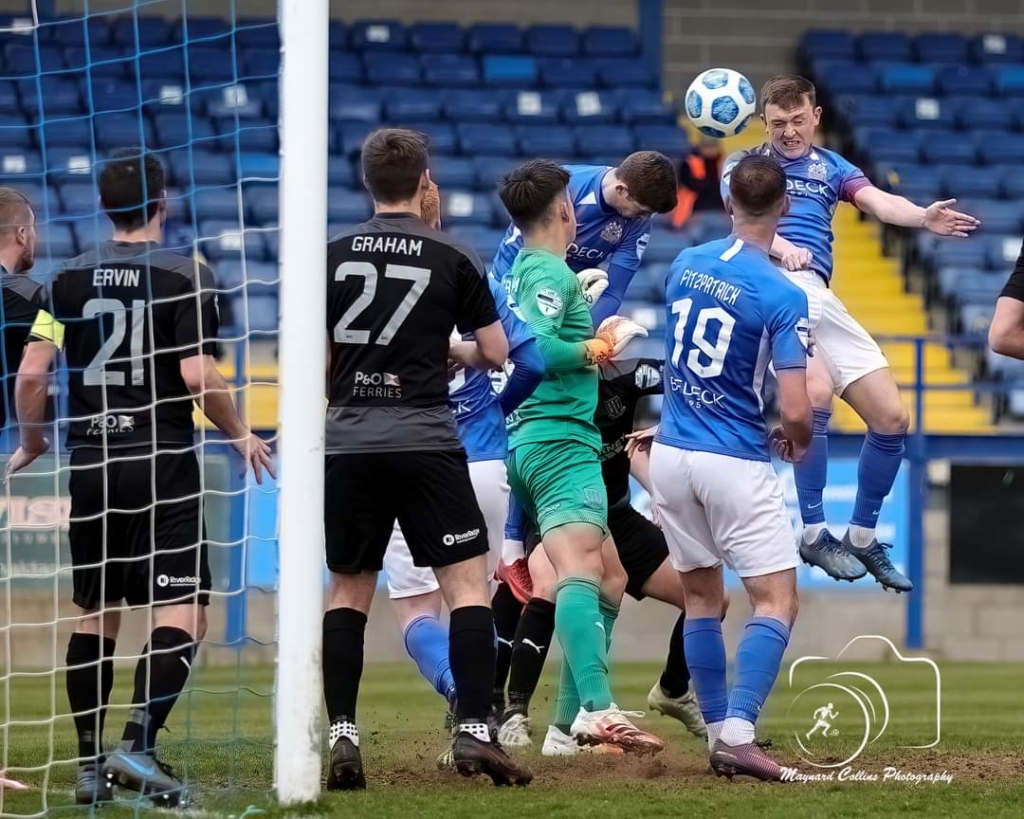 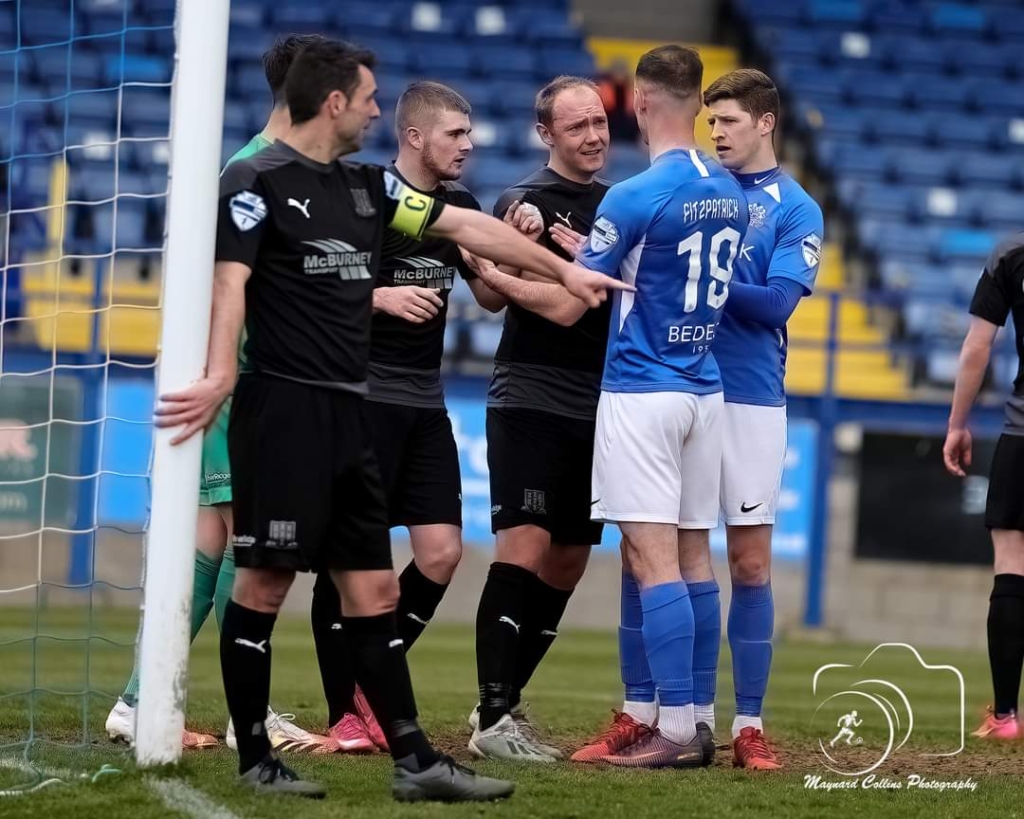 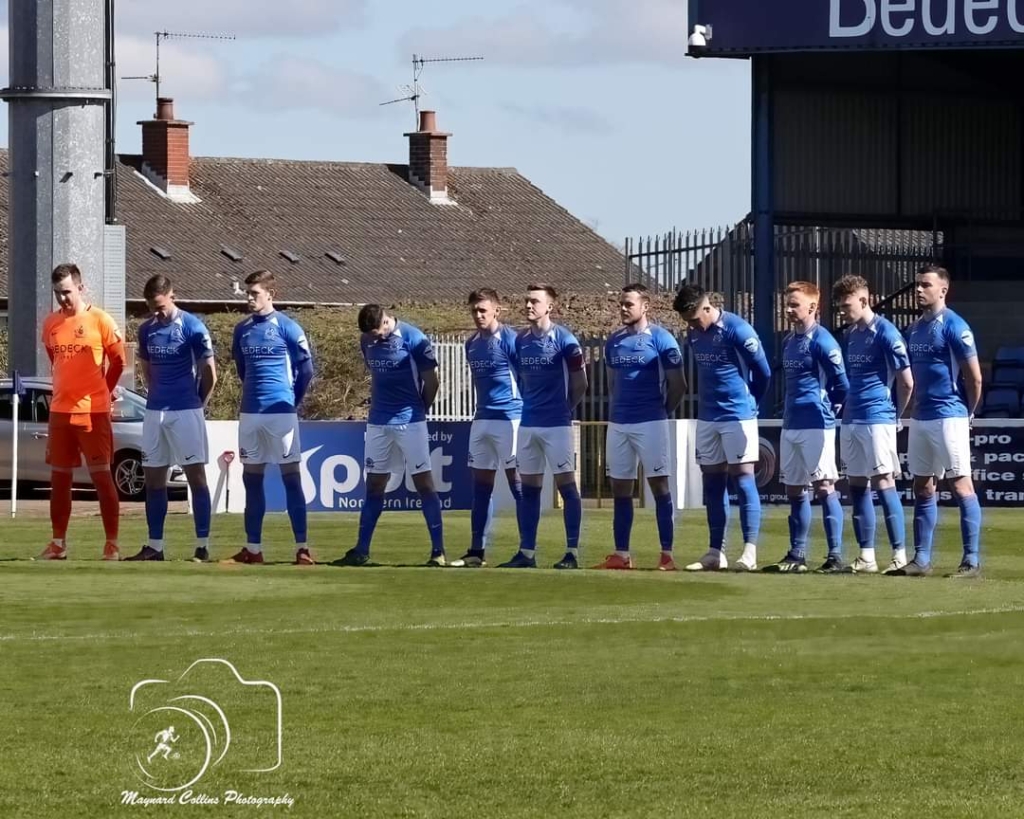 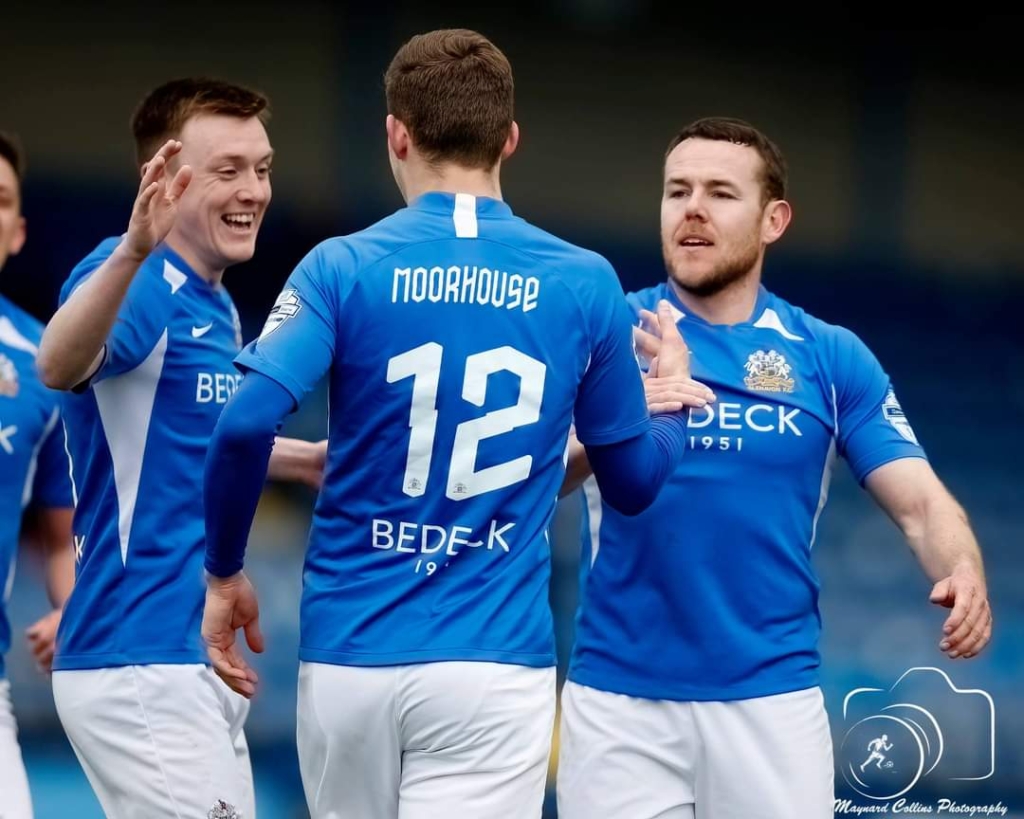