A Danny Purkis goal on the stroke of half-time was enough to earn Glenavon an important 1-0 win over Warrenpoint Town at Mourneview Park on Tuesday night.

Purkis took full advantage of Colm Deasy’s loose back-pass when he latched onto the ball and rounded Warrenpoint goalkeeper Gabriel Sava before slotting into an empty net.

Glenavon made hard work of things as the second half wore on and they were hanging on a bit as the game entered the final minutes, but when Town saw Dermot McVeigh shown a straight red card for bringing down Glenavon captain James Singleton in injury time, the three points were wrapped up for the Mourneview men.

Purkis went close in the second minute when he saw a volley flash narrowly over the bar following a fizzing cross from Matthew Fitzpatrick on the right.

Sava made a good stop to deny Purkis at his near post four minutes later after the Glenavon striker had been released by a quick free-kick.

At the other end, Kealan Dillon’s low left-foot shot found the target on seven minutes, but Glenavon goalkeeper Craig Hyland completed a routine save.

A Calvin Douglas free-kick in the 19th minute fell for Peter Campbell and the winger tried to turn the ball back across goal, only for it to strike the post and fall behind for a goal-kick.

Warrenpoint broke at pace two minutes later and Brandon Doyle found himself with a shooting opportunity, but Aaron Harmon, who had a very good game at the heart of the Glenavon defence, slid in to make a superb blocking tackle.

Fitzpatrick whipped another dangerous cross in from the right flank on 28 minutes. Sava couldn’t hold the ball, but his defence did manage to clear.

Doyle’s low shot came off Harmon and went behind in the 30th minute. From the resulting corner, Glenavon launched a swift counter-attack which looked like it was going to result in Purkis breaking clear, but the forward just couldn’t manage to beat the last man.

Purkis was involved again five minutes later when he flicked a header through for strike partner Greg Moorhouse. McVeigh was initially beaten, but managed to recover and get a block in to deny Moorhouse, although there were some suggestions that the Warrenpoint defender may have fouled the Glenavon striker. Referee Evan Boyce, however, was uninterested.

The deadlock was finally broken in the final minute of normal time at the end of the first half. Deasy attempted to play a back-pass to Sava, but he underhit it and succeeded only in presenting the ball to Purkis. Glenavon’s number nine coolly rounded the Town keeper and slotted the ball into the empty net to put the Lurgan Blues in front.

Moorhouse missed a golden opportunity to double Glenavon’s lead in the 56th minute. First of all, the striker got on the end of a Robert Garrett cross and directed a header on target to force an impressive save from Sava, who palmed the ball onto the crossbar. When Town failed to clear, it fell for Moorhouse again, but with the goal at his mercy, he blasted the ball over the bar.

Substitute Michael O’Connor’s corner fell for Harmon on 59 minutes. The defender squeezed a low shot on target, but Sava got down to make the save.

Douglas did well to get across from right-back and make a sliding tackle to deny Alan O’Sullivan in the 66th minute just as the Warrenpoint striker was about to pull the trigger.

On 84 minutes, O’Connor clipped a ball into the box for Snoddy and the midfielder shot from a tight angle, forcing Sava into another impressive save, this time tipping the ball over the bar.

The visitors very nearly snatched an injury-time equaliser when substitute Ryan Swan slid in at the back post to connect with a cross in the 91st minute, but he failed to direct his effort on target.

‘Point were reduced to 10 men on 90+4 minutes when McVeigh brought down Singleton as last man, and that wrapped up an important three points for the Lurgan Blues.

It’s another hugely important game on Saturday for Glenavon, as they host a Ballymena United side who currently occupy sixth place in the Danske Bank Premiership table, two places and three points ahead of the Lurgan Blues. Crucially, however, Gary Hamilton’s side also have a game in hand over the Braidmen. 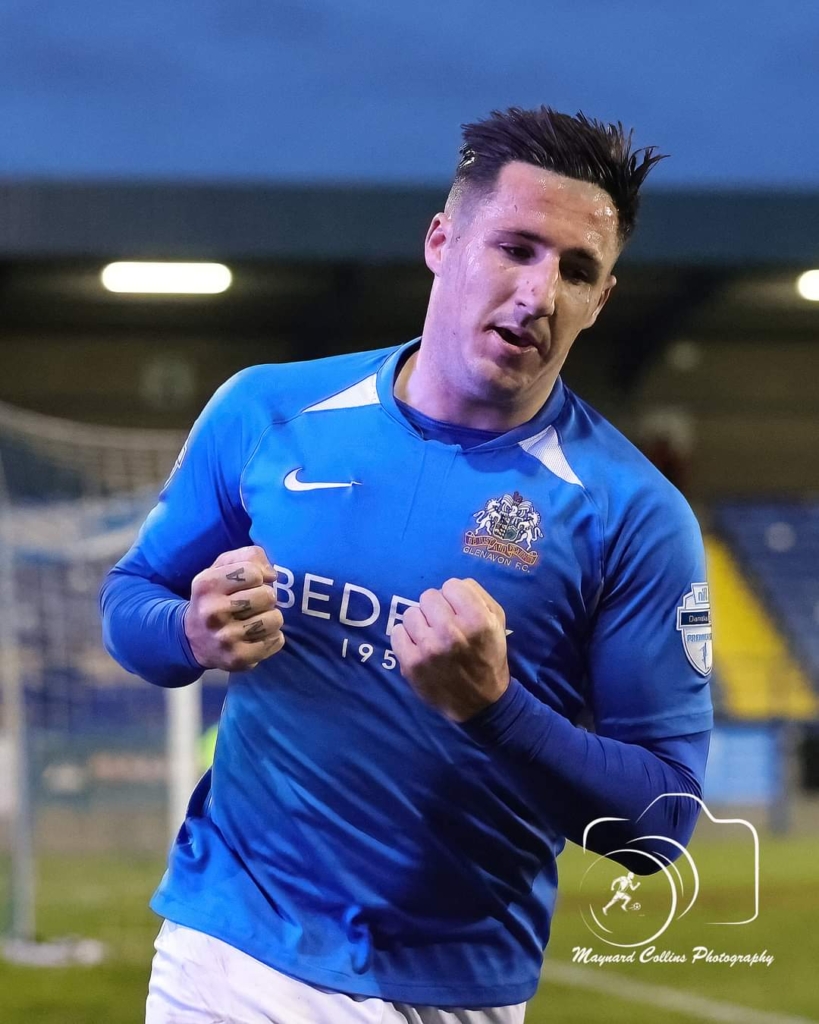 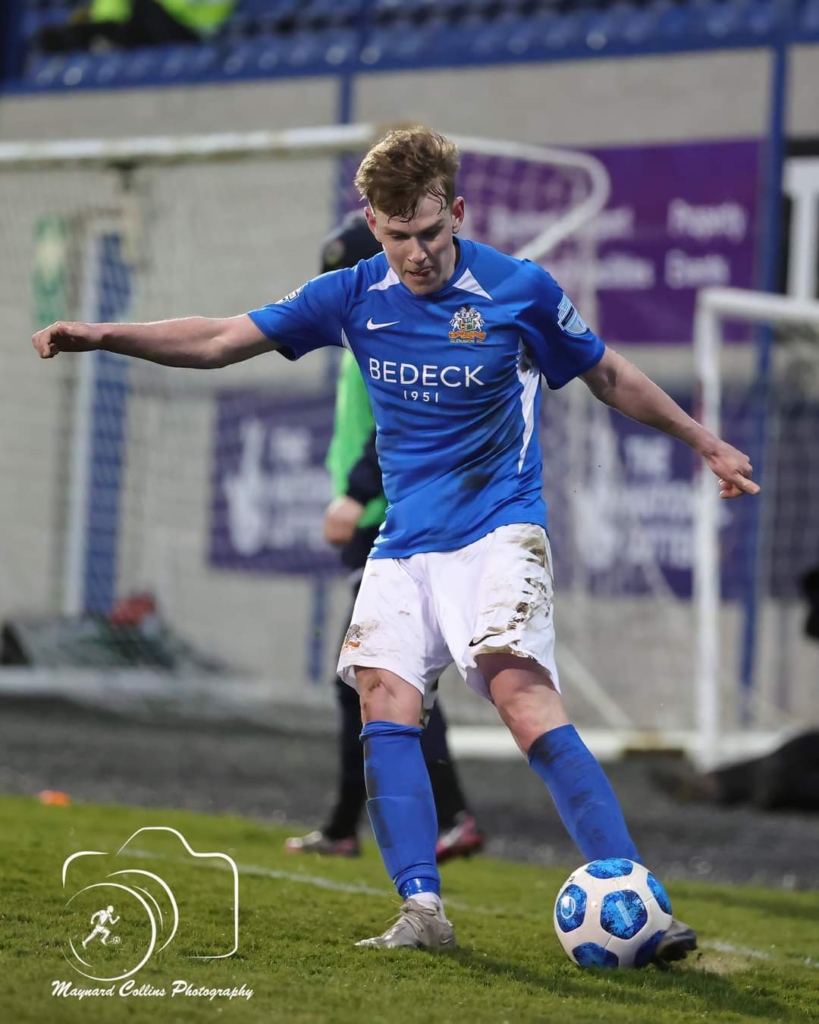 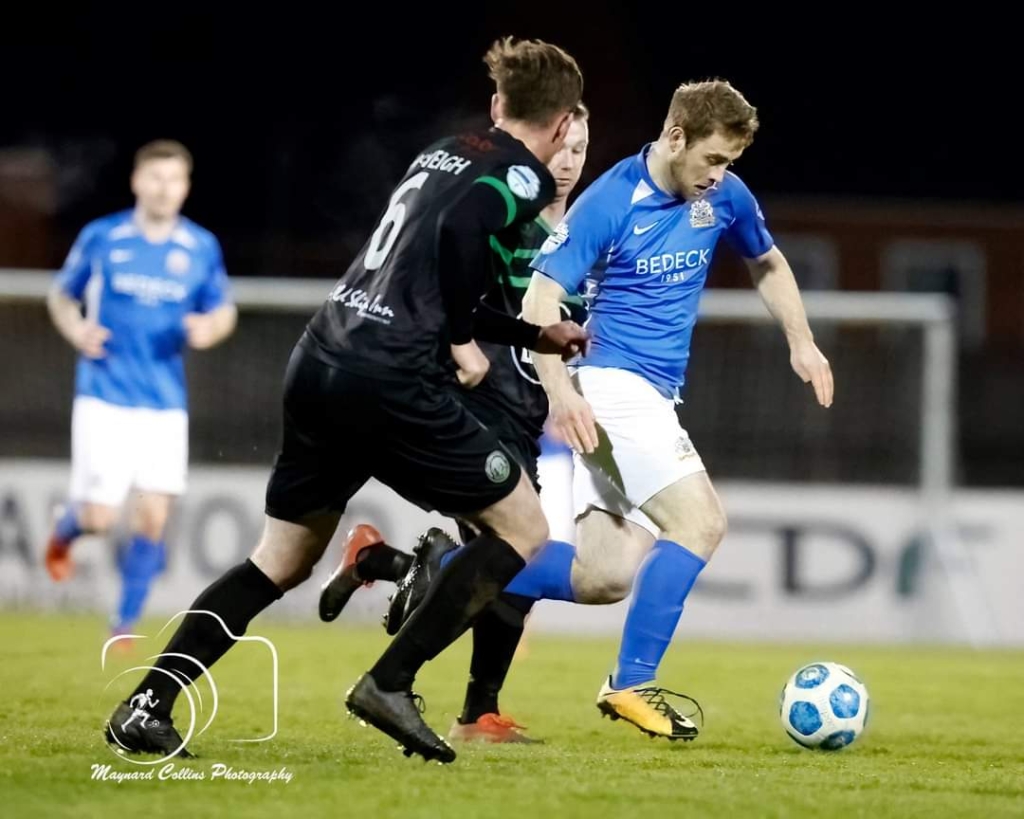 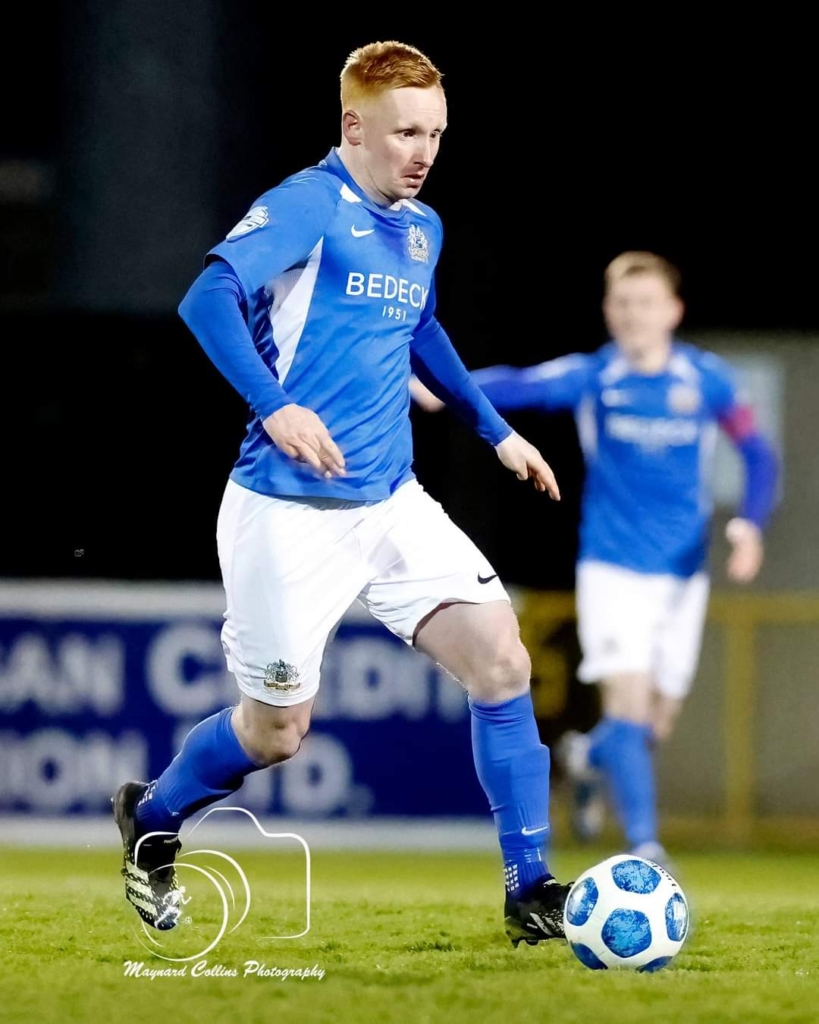 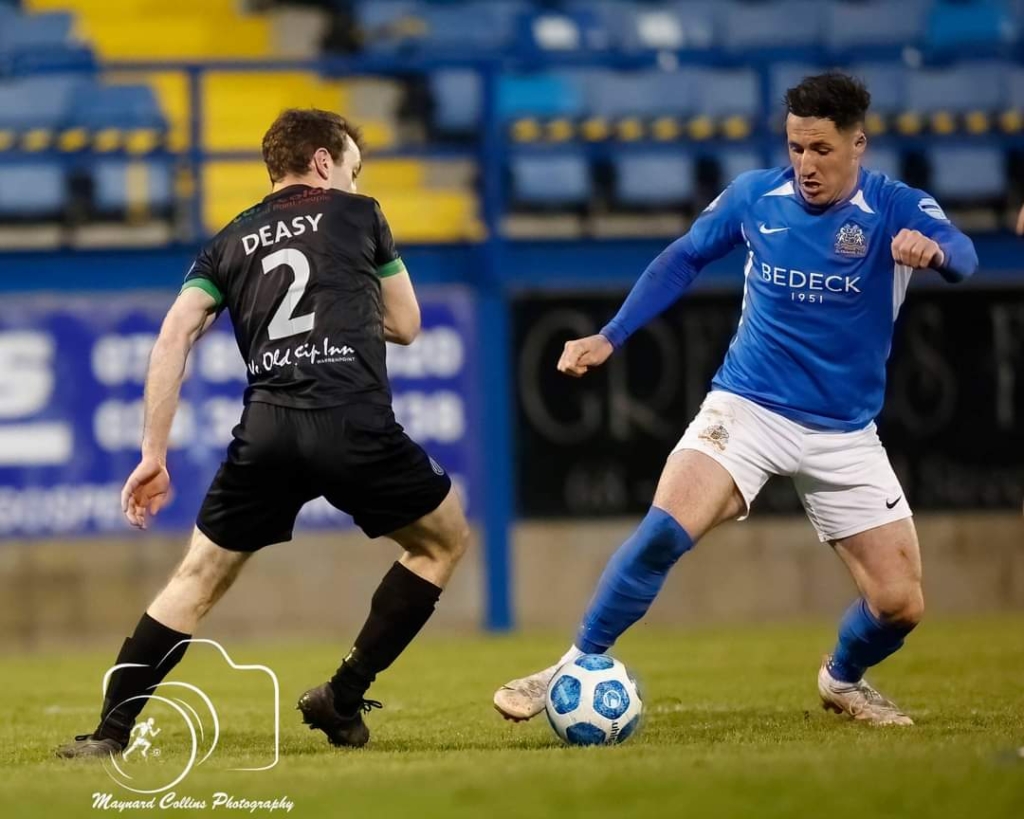 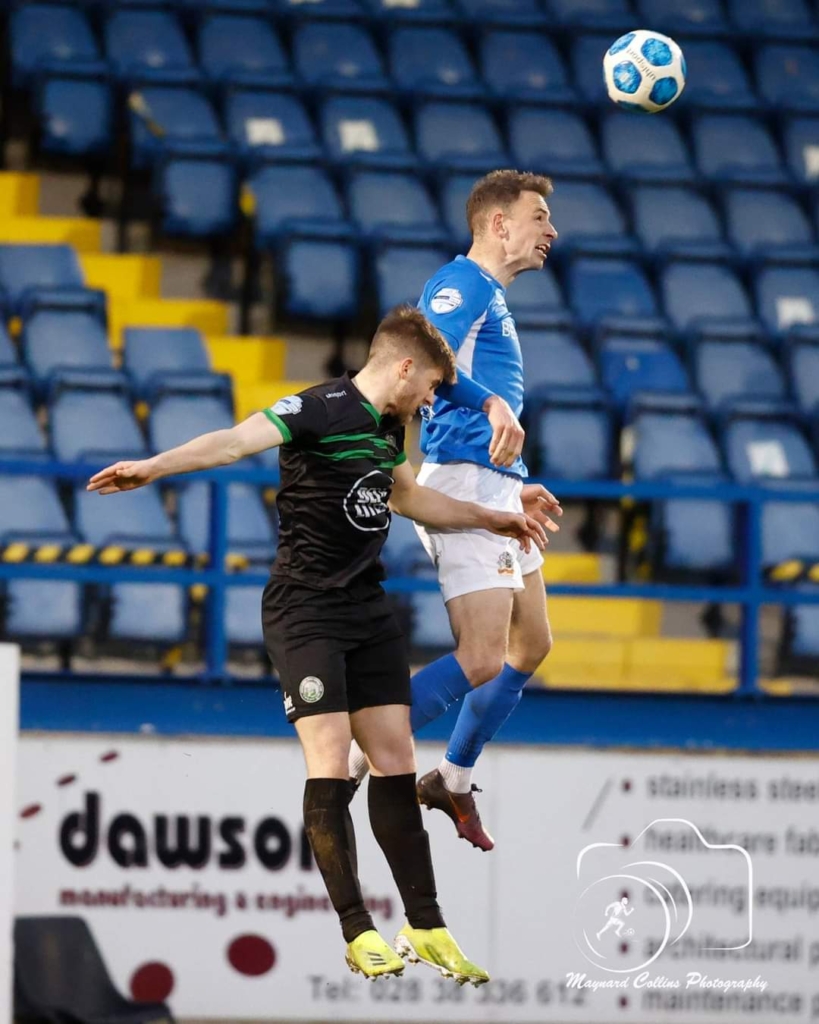