Skip to content
Previous Next
MATCH REPORT: Blues secure biggest win of the season so far at Stangmore

Three points, four goals and a clean sheet – Gary Hamilton could not have asked for a better night against Dungannon Swifts.

A Greg Moorhouse opener and two fine Andy Hall free kicks sent Glenavon on their way to their biggest win of the season so far, with Matthew Fitzpatrick making it five goals out of five games in a row in the second half.

The team which finished the Larne game on Saturday was chosen to start again this evening – Moorhouse, Calvin Douglas and Conan Byrne were given game time ahead of Gareth McCaffrey, Robbie Garrett and Danny Purkis, who were all on the bench, as was the returning Andy Hall.

Dungannon could have taken an early lead when Ryan Mayse hit the stanchion, while at the other end Peter Campbell whips a ball into the box for Byrne at the back post, but the ball was knocked out of play.

Glenavon broke the deadlock on 11 minutes when Moorhouse capitalised on a poor backpass by Ethan McGee and slotted home under Sam Johnstone.

The visitors lost Conan Byrne to injury with 20 minutes gone, and his place was taken by Andy Hall, and what an impact he was to have.

With 36 minutes on the clock, Glenavon were awarded a free kick on the edge of the box. Hall, from 25 yards out, curled the ball around the Dungannon wall and into the bottom corner of the net.

Three minutes later he made it 3-0 with another free kick, this time slightly closer to goal and with Johnston getting a hand to it – a spectacular goal nonetheless.

In the aftermath of that third goal the Swifts lost Johnston to injury. Former Glenavon youngster Conner Byrne took his place and probably was the hosts’ man of the match.

Glenavon pushed to add a fourth when the second half got underway and were unlucky not to do so when Campbell’s corner was headed towards goal by Colin Coates. Matthew Smyth headed onto the bar and out for another corner.

The fourth goal when a short goal kick by Byrne – something the Swifts had been trying all evening – was intercepted by Matthew Snoddy. He fed Fitzpatrick and the striker slid the ball past Byrne, with Smyth giving it a slight deflection.

The three points were in the bag at this stage. Now it was a question of keeping a clean sheet, and when Craig Hyland took a rush of blood to the head and flattened Ben Gallagher, it looked like it would be another night when both teams scored in a game involving Glenavon. However, Hyland redeemed himself, saving half time substitute Rory Patterson’s spot-kick.

And as if missing a penalty wasn’t bad enough for Patterson, he was sent off 15 minutes after coming on after getting two yellow cards in a row for dissent while he was being subbed.

After that it was comfortable for Glenavon, with Byrne coming to the rescue on a number of occasions to deny the visitors more goals. He saved well from Fitzpatrick who had been found by a Hall cross, and then he blocked Hall’s close range shot.

Glenavon are back on the road this Easter Saturday, with a long trip to high-flying Coleraine on the card. The game will be behind closed doors, but you can watch the game on 247.tv/niprem.

Pictures by Maynard Collins – check out more of his pictures on our social media platforms. 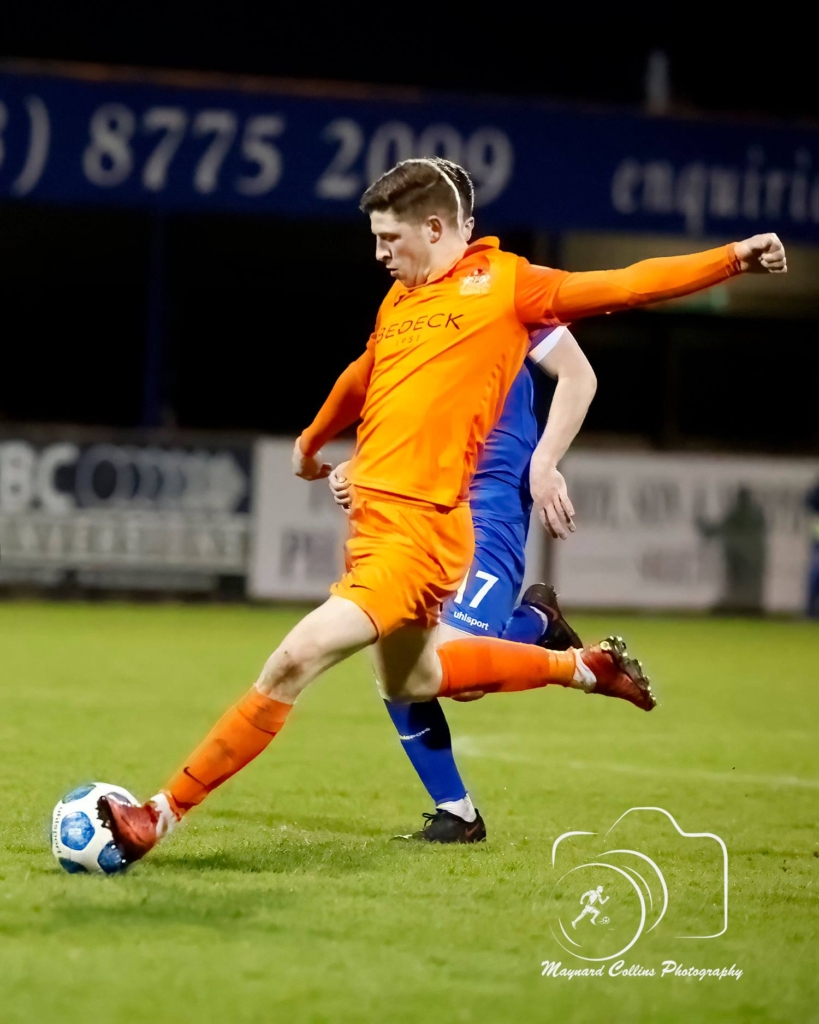 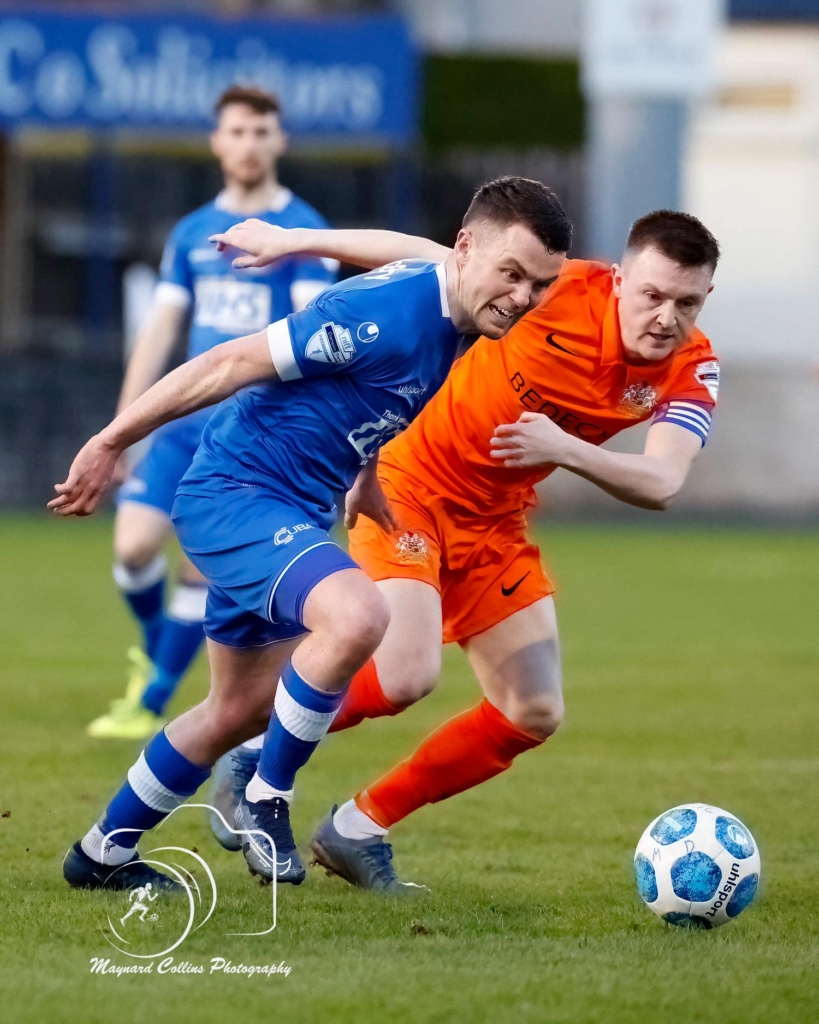 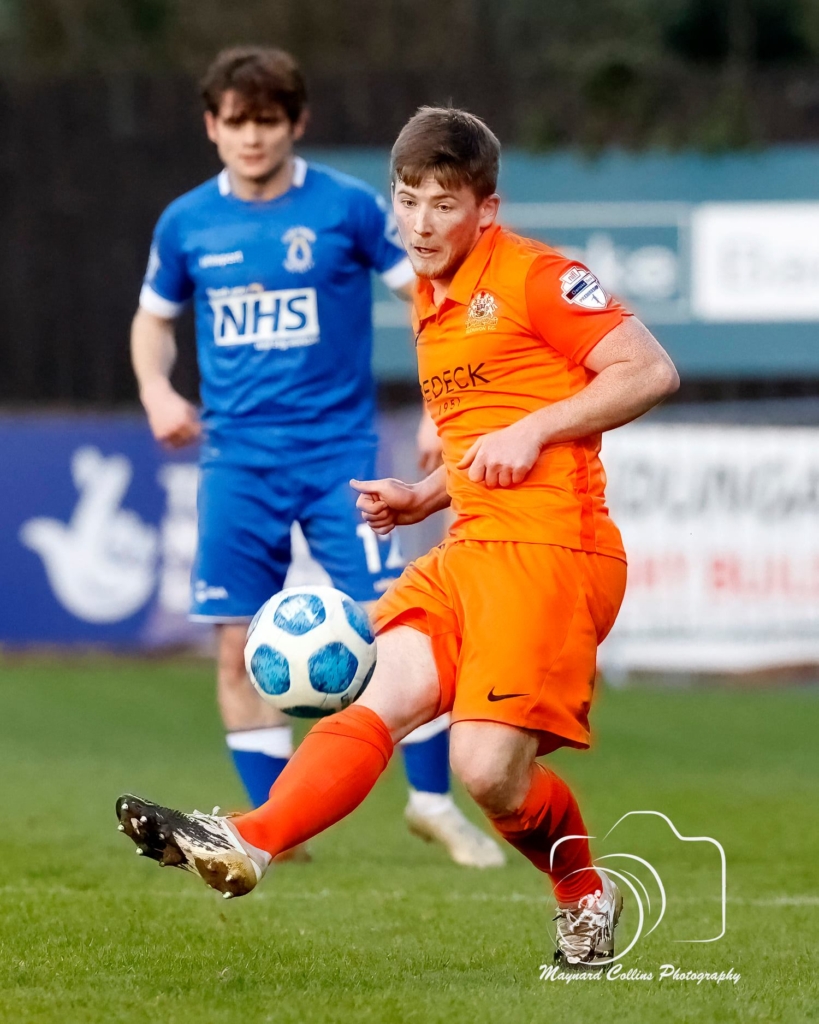 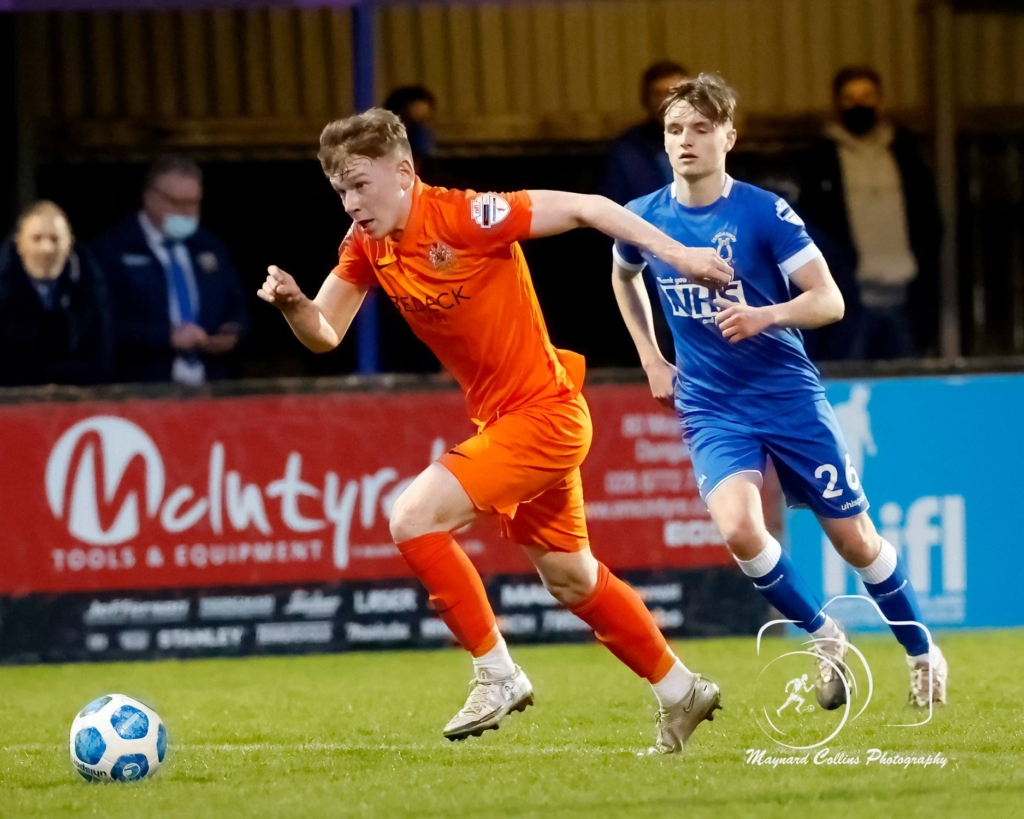 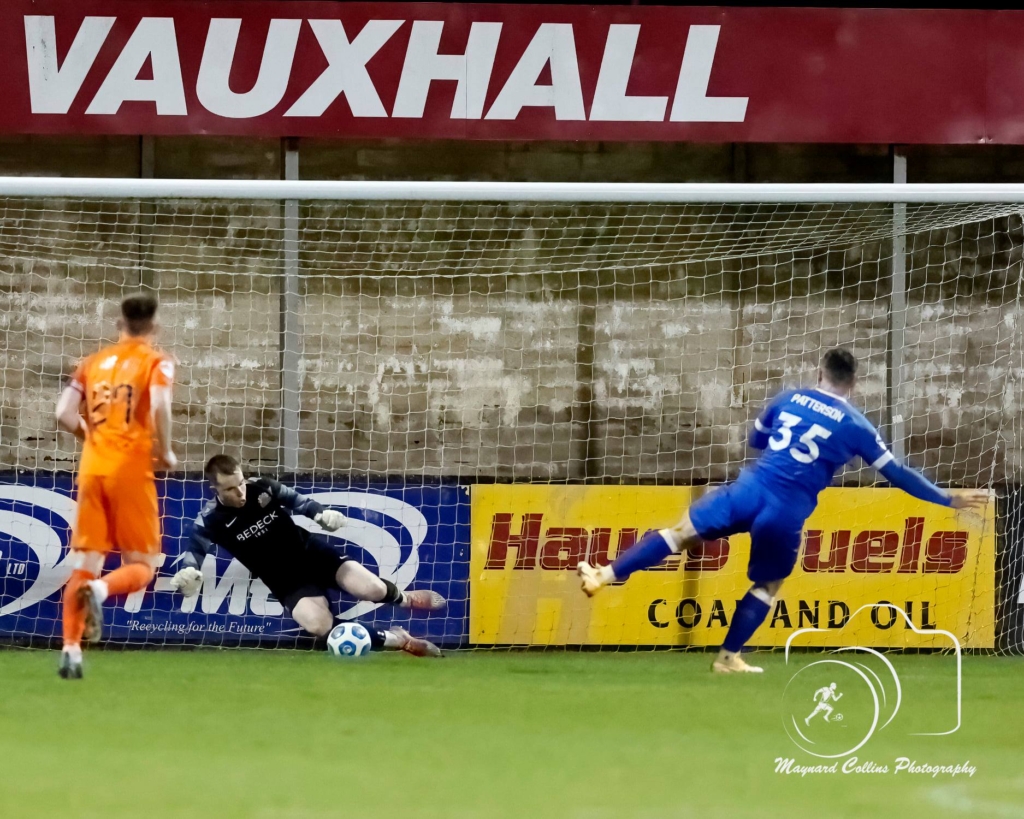 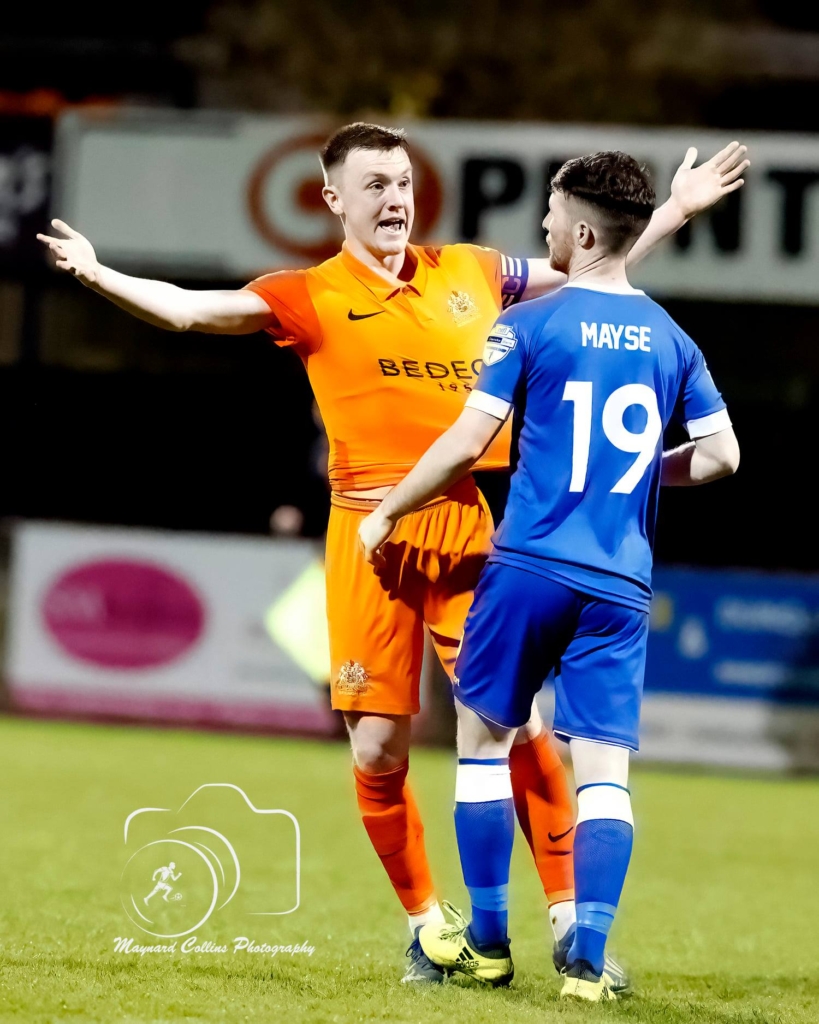