Skip to content
Previous Next
MATCH REPORT: No joy in the East for Lurgan Blues

Two defensive errors in the first half and a goal which infuriated the Glenavon defence as they called for an offside saw the Lurgan Blues lose at the Oval.
Glenavon took a 25th minute lead through Matthew Fitzpatrick, but a quick reply by Jay Donnelly, a second by Dale Gorman and that controversial third from Donnelly sealed the points for Mick McDermott’s men.
It took a bit of time for the first chance of the game to arrive as Glenavon sat deep to absorb the early Glentoran pressure. To that end, the visitors started with Michael O’Connor playing at centre half.
James Singleton went into the referee’s notebook on 17 minutes after he brought down Hrvoje Plum on the halfway line.
Matthew Snoddy soon followed him after a tackle on Gael Bigirimana – although the yellow card was produced for a spot of afters with Dale Gorman.
Then it was Bigirimana who was next to be carded for a foul on Danny Purkis.
Neither side had had a shot on goal until 25 minutes when Glenavon broke the deadlock. Andy Hall found Conor McCloskey from a throw-in and his left-footer cross found Matthew Fitzpatrick, who headed home at the back post.
But it didn’t take long for the Glens to be back on level terms. Gorman found Jay Donnelly who lifted the ball over Craig Hyland to make it 1-1.
McCloskey had a half chance to get Glenavon back in front as the ball broke kindly for him after he has been tackled by Luke McCullough, however his effort failed to trouble Rory Brown.
However it was Gorman who would score next and put the hosts in front. O’Connor was caught out, Rory Donnelly put the ball in the box for Gorman to sidefoot home.
Glentoran opened the half by seeing a chance come off the Glenavon crossbar before Hyland eventually saved, and then Jay Donnelly was played through on goal only for the goalkeeper to block his shot with his legs.
Greg Moorhouse and Gareth McCaffrey were introduced before the hour mark and the former could have pulled Glenavon onto level terms when he let fly on the volley as Hall’s thrown was cleared out as far as the striker, but his effort was high of Brown’s net.
Rory Donnelly had a crack at goal in 69 minutes from 20 yards out but his curling shot was gathered by Hyland.
In the end the Jay Donnelly made it 3-1 in controversial circumstances. A free kick in front of goal is deflected into the path of Donnelly to slot home, however the Glenavon defence felt that there was definitely a case for an offside to be given.

Highlights and reaction to follow on Sunday morning – photos below by Maynard Collins. 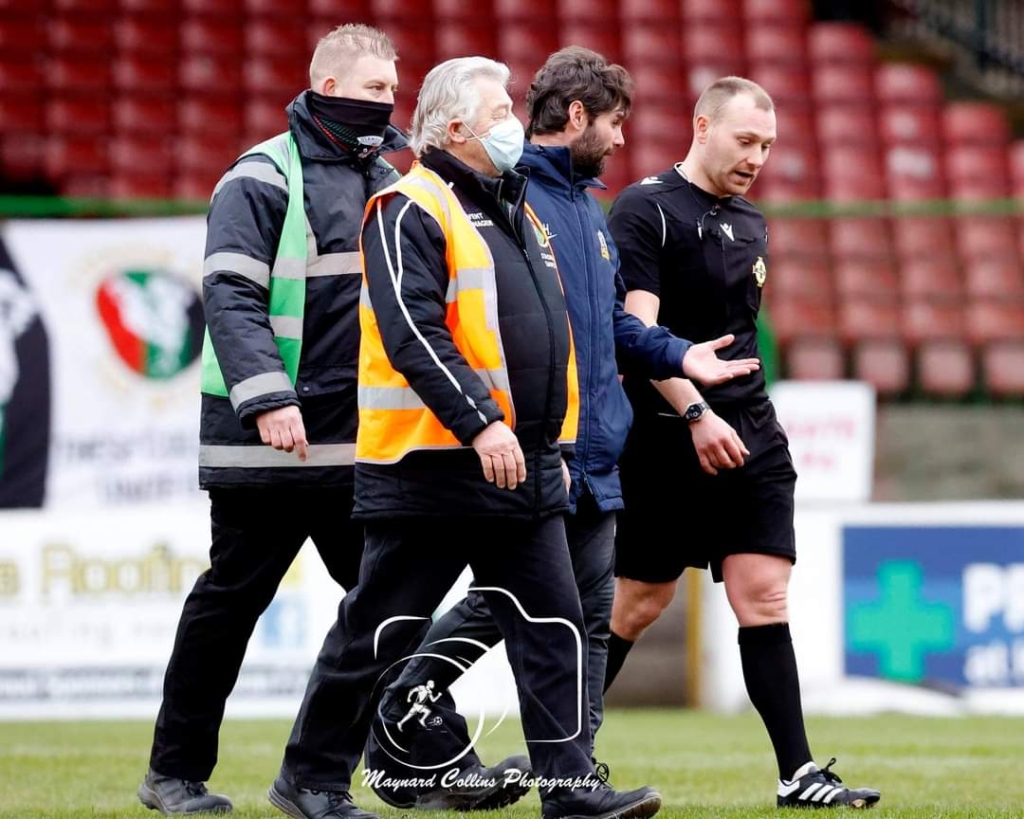 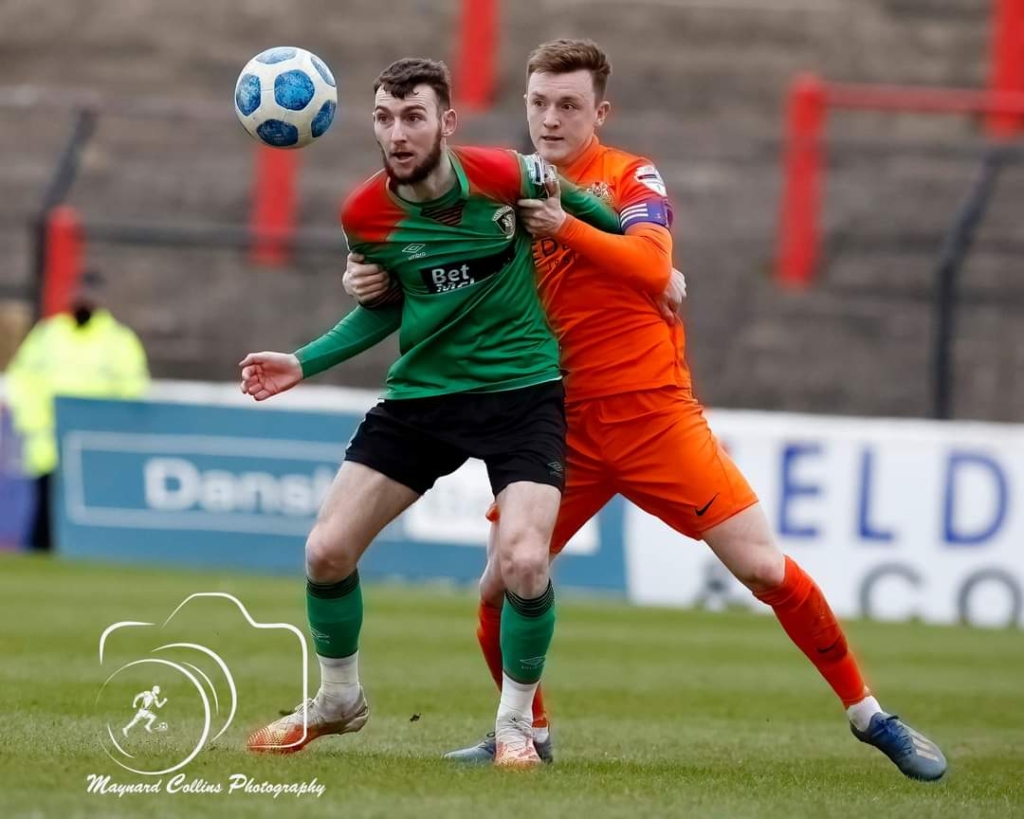 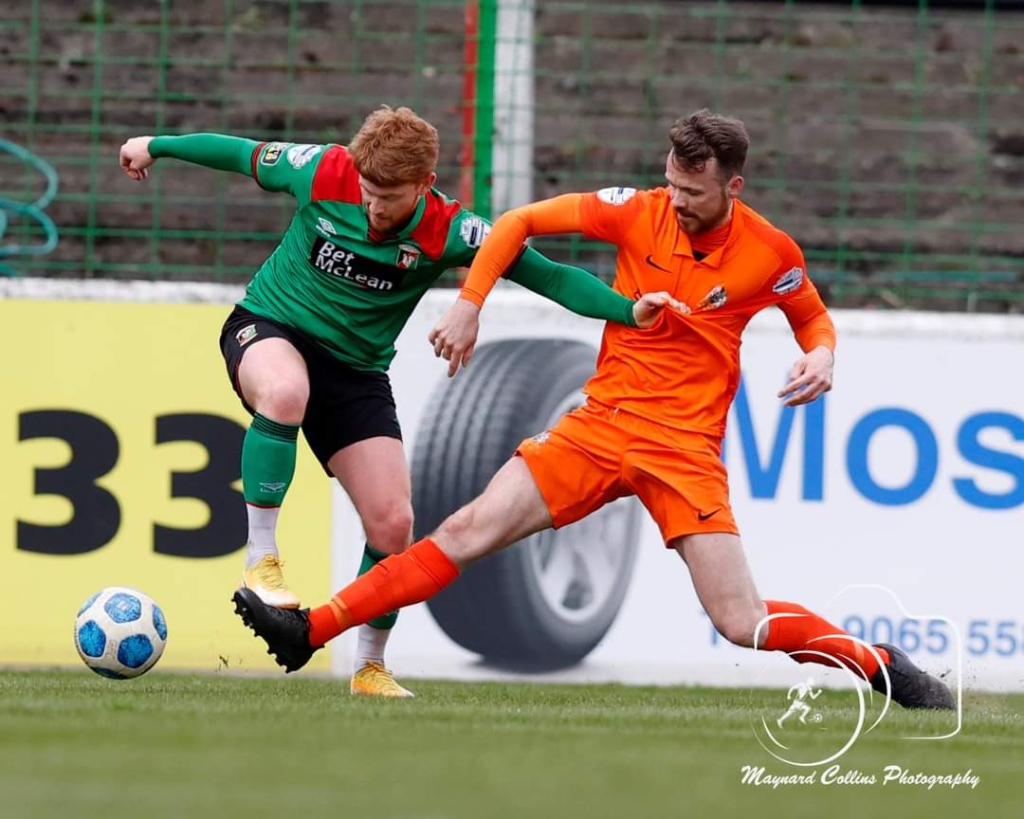 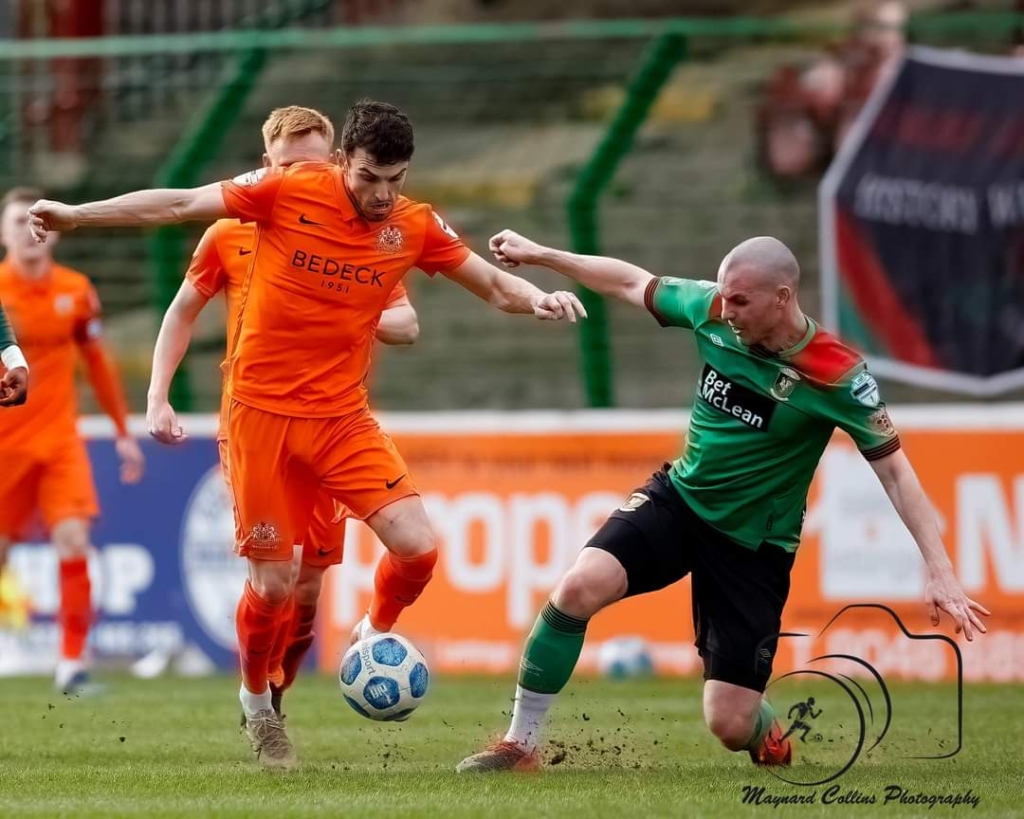 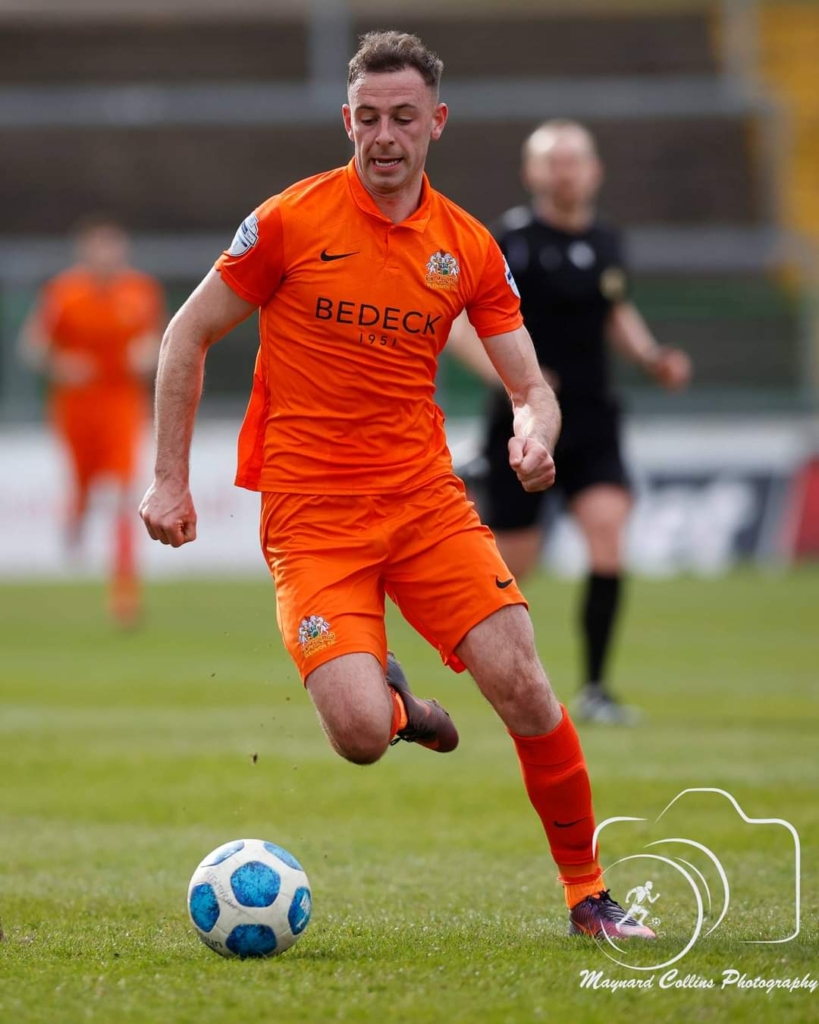 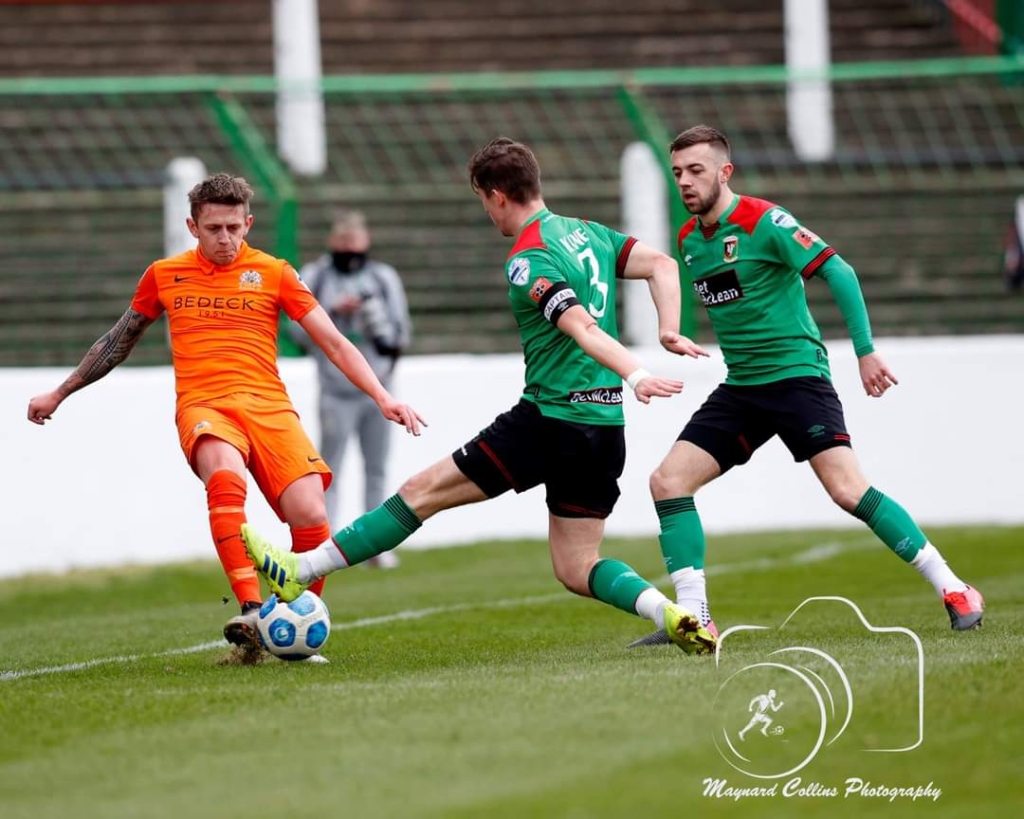