Glenavon got revenge for Saturday’s humbling defeat to Portadown by bouncing back to defeat their Mid-Ulster rivals 2-1 at Shamrock Park on Tuesday night.

In a match that was played in wet and windy conditions, substitute Andy Hall gave the Lurgan Blues the lead on 34 minutes when he fired home following a Peter Campbell corner.

Gareth McCaffrey scored his first goal for Glenavon in the opening minute of the second half to double the advantage with a superbly taken strike.

Ports’ substitutes Adam Salley and Chris Lavery combined for the latter to pull a goal back for the hosts on 66 minutes, but Glenavon held on quite comfortably to secure the three points.

In the fourth minute, Greg Hall did really well to deny Conor McCloskey with a perfectly timed sliding tackle as the Glenavon winger threatened the Ports’ goal.

Lee Bonis missed a good chance for the hosts on 20 minutes when he dragged a low shot wide of the left post after the ball had been pulled back for him by Ben Guy.

Sam Warde struck a wicked free-kick from distance in the 23rd minute. While Craig Hyland couldn’t gather the ball, he did manage to deflect it away from the danger area.

McCaffrey had two opportunities for Glenavon in quick succession on 27 minutes. First of all, a Conan Byrne shot fell for him, but while the striker managed to squeeze the ball past Ports keeper Jacob Carney, Hall was on hand to clear the ball away from just in front of his own goal-line. Byrne followed up with a cross which found McCaffrey again. This time his overhead kick was tame and Carney saved comfortably.

The deadlock was broken in the 34th minute. Campbell sent an inswinging corner over from the right which found McCloskey at the far post. He cushioned a header into the feet of McCaffrey, who in turn laid the ball off for Hall. The substitute’s low right-foot shot found the net to give the Lurgan Blues the lead.

There was a let-off for Hyland in the Glenavon goal five minutes later when he failed to hold a Paul Finnegan shot from all of 40 yards. Luckily for the goalkeeper, the ball dropped wide of his right-hand post.

Glenavon might have taken a two-goal lead into the half-time break but for some brilliant defending by Warde. The visitors broke at pace and Matthew Snoddy slipped a pass down the left for Greg Moorhouse. He squared the ball for strike partner McCaffrey, only for Warde to come across and make a superb last-gasp block just as McCaffrey got his shot away.

The striker wasn’t to be denied in the opening minute of the second half, however. Hall received the ball back from Conan Byrne after taking a throw-in on the right and proceeded to send a low cross into the penalty area which found the feet of McCaffrey. The striker brought the ball under control before turning and bringing it inside Portadown defender Adam McCallum. McCaffrey then fired an unstoppable shot into the far bottom corner with his left foot to open his Glenavon account.

McCloskey had a go from a tight angle on 56 minutes, but he was unable to hit the target.

Portadown pulled a goal back 10 minutes later when substitutes Salley and Lavery combined. McCallum clipped a ball over the head of Aaron Harmon for Salley to run onto in the right channel. He squared the ball across the six-yard box first time, finding Lavery, who had the simple task of tapping in.

Glenavon almost hit back immediately in fortuitous circumstances when Hall’s deep cross from the right struck the Portadown crossbar, while Moorhouse volleyed straight at Carney on 75 minutes.

Salley threatened for the Ports again in the 76th minute when he cut in from the right and got a low left-foot shot on target, but Hyland was equal to the effort, diving down to his left to make the save.

The closest the home side came to finding an equaliser was on 77 minutes when a header from captain Luke Wilson was cleared off the line by Harmon following a Warde corner. There were appeals for handball against Harmon, but referee Lee Tavinder wasn’t interested. In truth, Wilson didn’t connect well with his header at all. If he had done, he almost certainly would have scored.

Glenavon ran the clock down well in the dying minutes and saw the game out fairly comfortably to pick up an important victory.

Next up for the Lurgan Blues is a trip to Solitude to take on a Cliftonville side who currently sit in sixth spot in the Danske Bank Premiership table, two places and five points ahead of Glenavon. It should be noted, however, that Gary Hamilton’s side have three games in hand on the Reds. 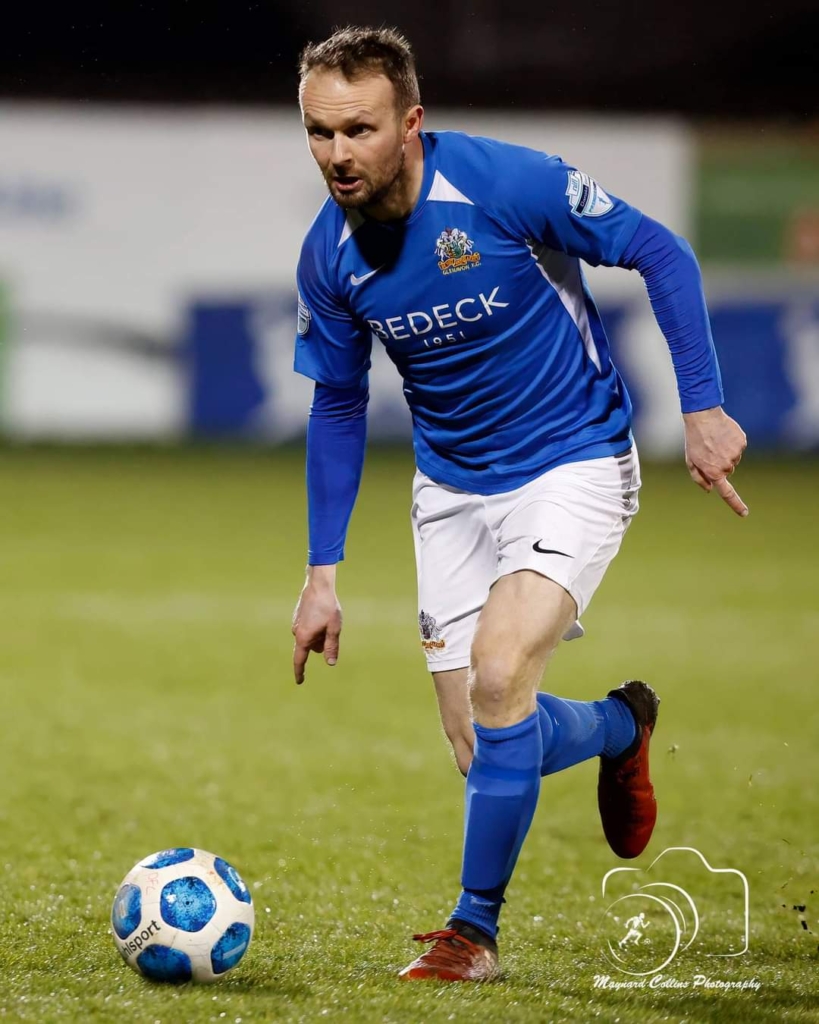 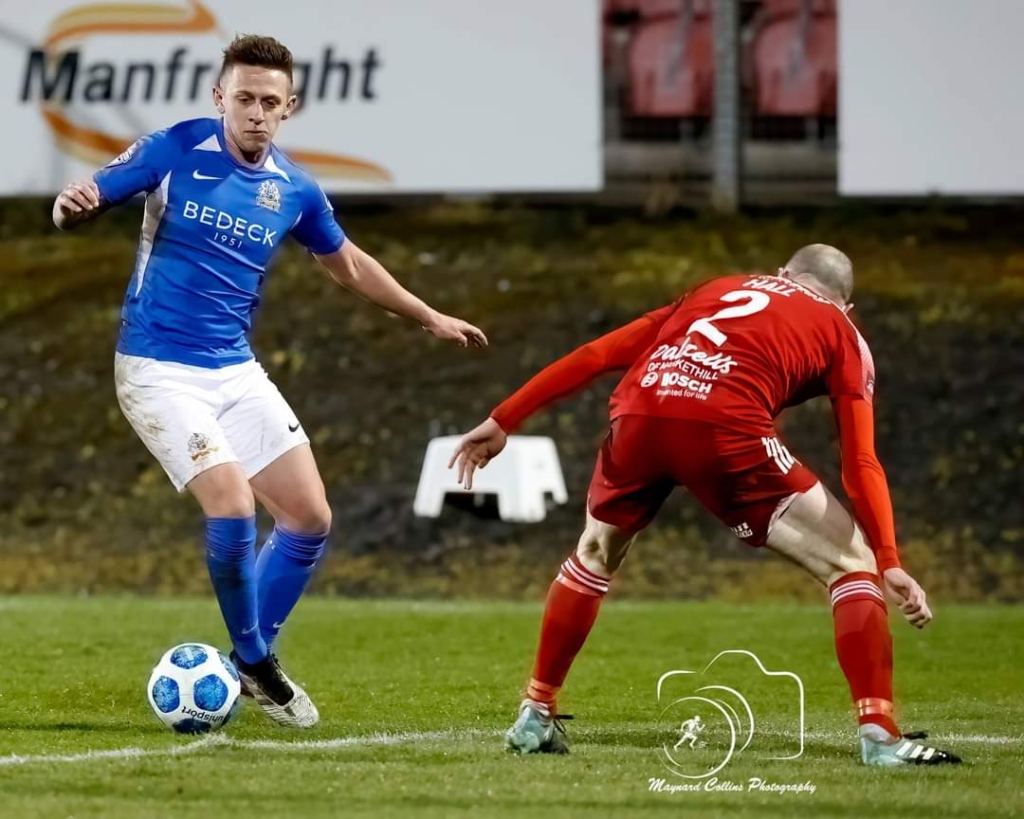 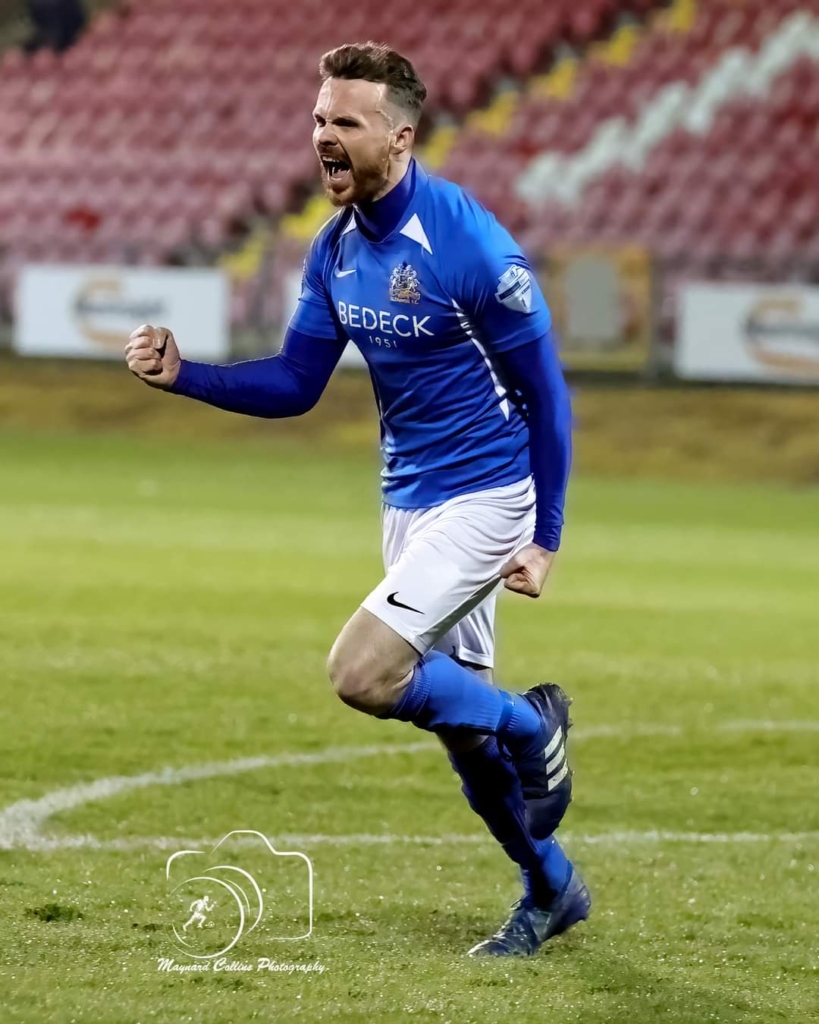 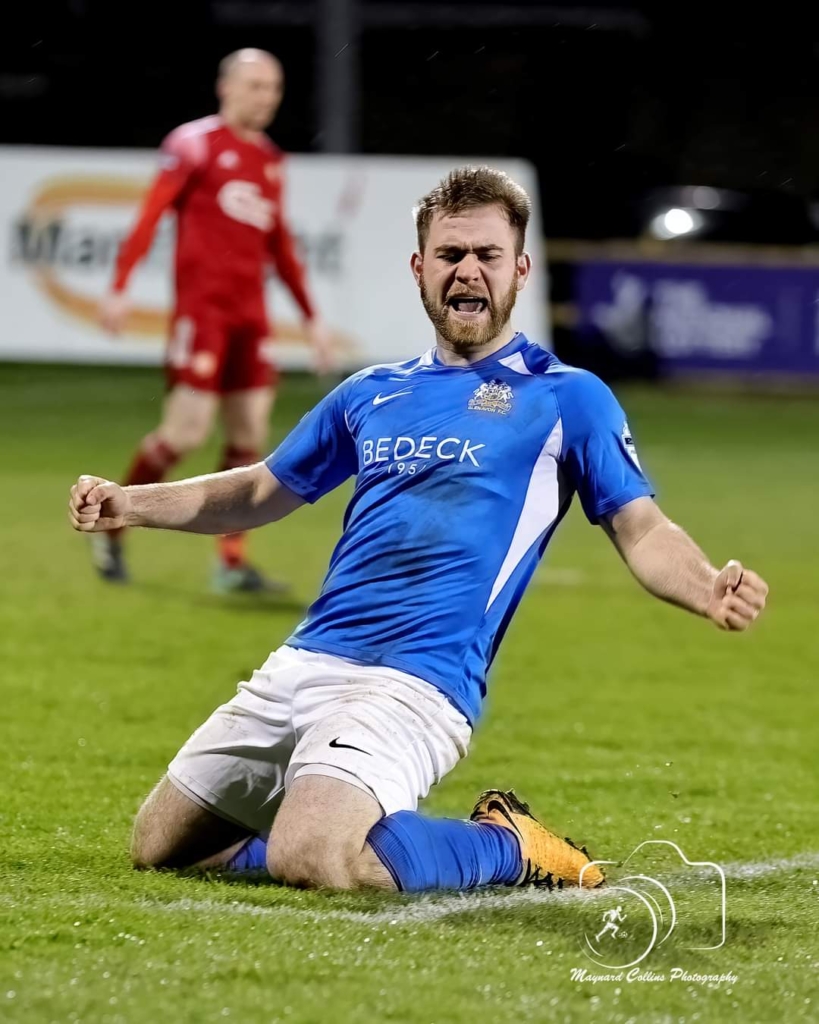