Skip to content
Previous Next
MATCH REPORT: Glenavon fall to second derby defeat of the season

Ten-man Glenavon suffered a crushing 4-1 defeat away to rivals Portadown on Saturday afternoon, as the home side picked up their first win at Shamrock Park in more than a year.

Lee Bonis headed in the opener from a Sam Warde corner on 27 minutes, while Warde himself added the second from the penalty spot in the 38th minute after Glenavon’s Lee McNulty had been shown a red card for handling Stephen Murray’s shot on the line.

Things went from bad to worse for the Lurgan Blues when Ben Guy tapped in a third goal for the Ports on 61 minutes.

Sean Ward did pull a goal back for Glenavon in the 73rd minute when his shot found the top corner, but any hopes of an unlikely fightback were wiped out when Portadown substitute Chris Lavery drilled home a low shot 10 minutes from time to wrap up the three points for the home team.

Glenavon threatened first when Andy Hall’s dangerous corner from the left had to be headed away by Adam McCallum from just beneath his own crossbar, while the impressive Ben Tilney curled a shot over the bar for the Ports at the other end a minute later.

Portadown captain Luke Wilson saw his shot deflect off McNulty and go behind for a corner on seven minutes. From the resulting set-piece, a defensive mix-up from Glenavon almost handed the home side the opening goal, but Murray’s shot was eventually deflected behind for another corner.

On 15 minutes NIFWA Player of the Month for February Conor McCloskey shot with his right foot on the half-volley, but the effort was straight at Portadown goalkeeper Jacob Carney, who gathered the ball at the second attempt.

McCloskey was involved again four minutes later when a short Glenavon corner eventually resulted in a shooting opportunity for the winger, but this time his effort from 20 yards sailed over the bar.

The deadlock was broken on 27 minutes when Bonis rose highest at the back post to meet Warde’s corner and send a thumping header past Glenavon keeper Craig Hyland.

Glenavon had a great opportunity to level just three minutes later when McCloskey was teed up by Matthew Fitzpatrick, but the resulting shot was dragged wide of the right post.

The defining moment of the game occurred on 38 minutes. Murray cut inside Ward and sent a left-foot shot clear of Hyland and towards the net, only for McNulty to keep the ball out with the use of his arm. Referee Ian McNabb had no choice but to award a penalty and send the Glenavon centre-half off. Warde stepped up and slotted the ball into the bottom right corner to double the Ports’ lead.

Bonis was desperately unlucky not to grab his second goal of the game on 54 minutes when he created a shooting chance for himself following a strong run, but he was eventually denied by a great save from Hyland.

The Ports’ third goal did arrive on 61 minutes when Bonis again found himself through on goal. This time he unselfishly squared to teammate Guy, who had the simple task of tapping the ball home.

Glenavon finally got themselves on the scoresheet in the 73rd minute. Ward battled his way into the Portadown box and slammed an unstoppable shot into the far top corner with his right foot, but it was never going to be anything other than a consolation goal.

Indeed, Portadown wrapped up their victory on 80 minutes when substitute Chris Lavery drilled a low shot past Hyland to make the final score 4-1.

A very disappointing result for Gary Hamilton’s men, losing so convincingly to their arch rivals in what was their first defeat in seven outings.

The Lurgan Blues won’t have long to wait for their shot at revenge, as the two teams meet again at Shamrock Park on Tuesday night (9th March) in a game that is being shown live on BBC iPlayer and the BBC Sport NI website. Please note the kick-off time will be 7.30pm. 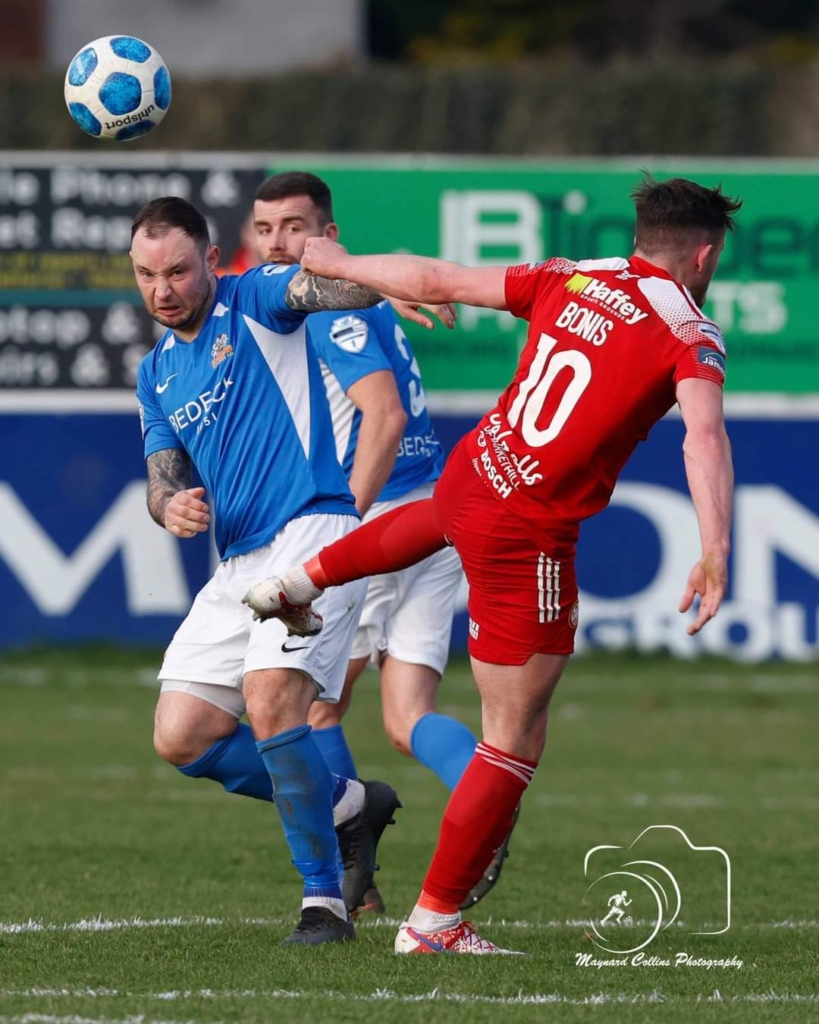 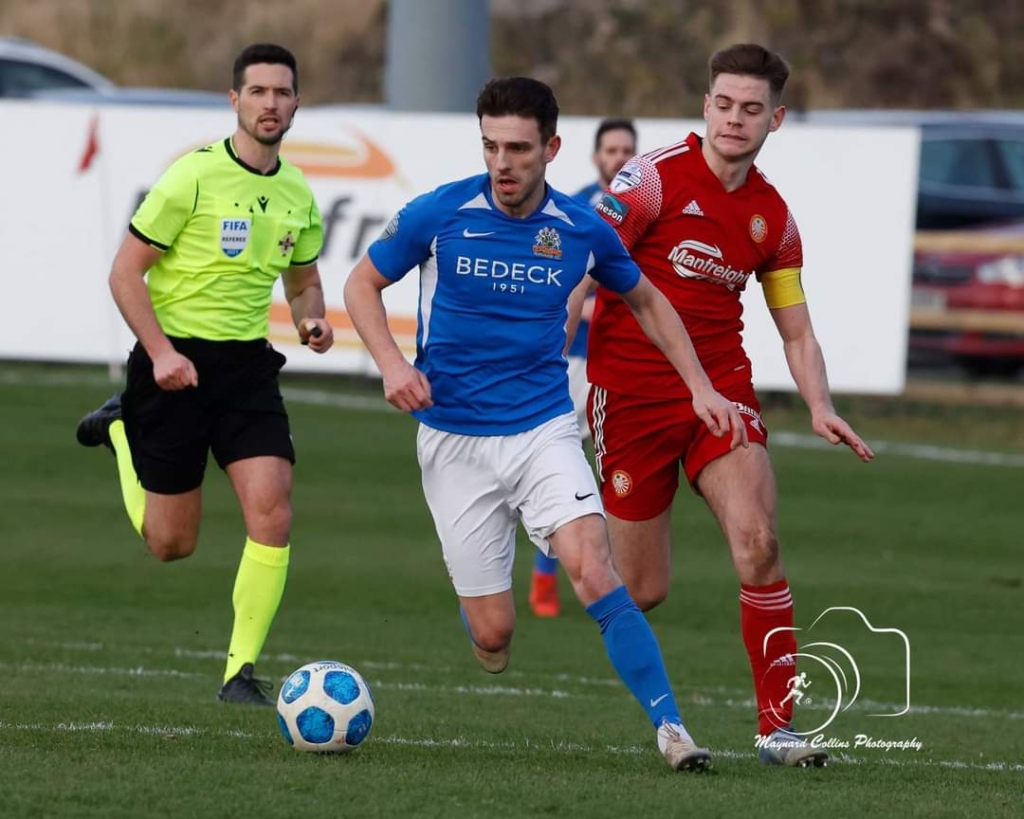 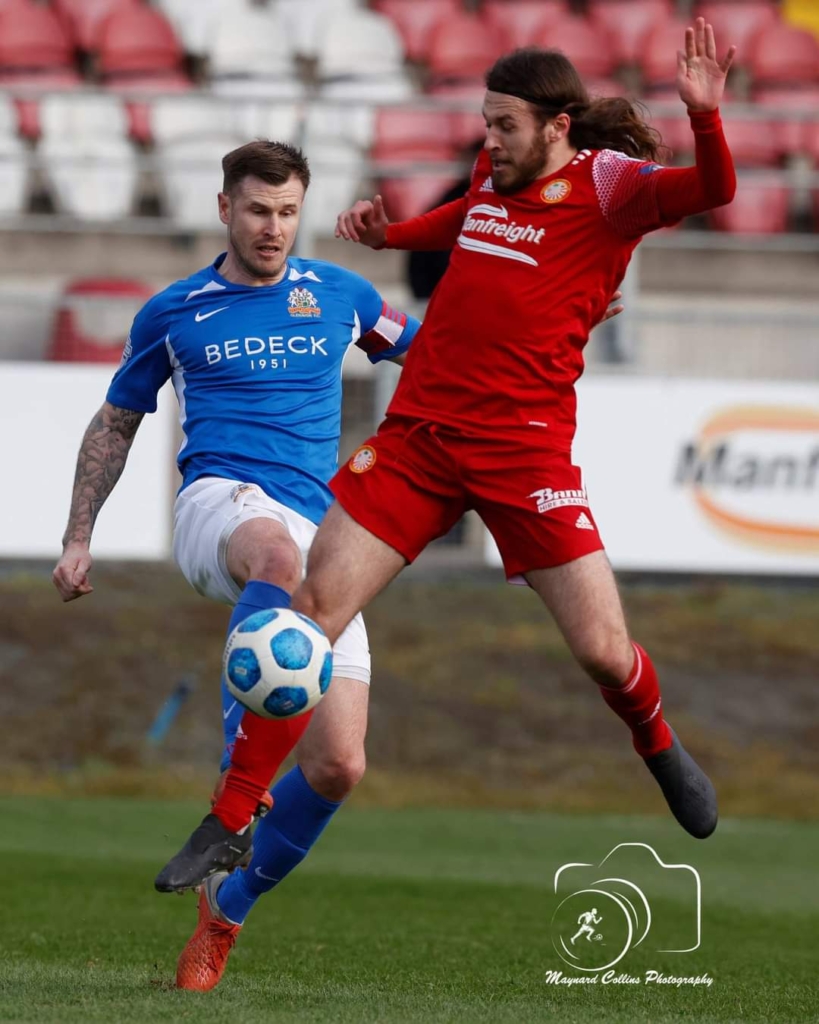 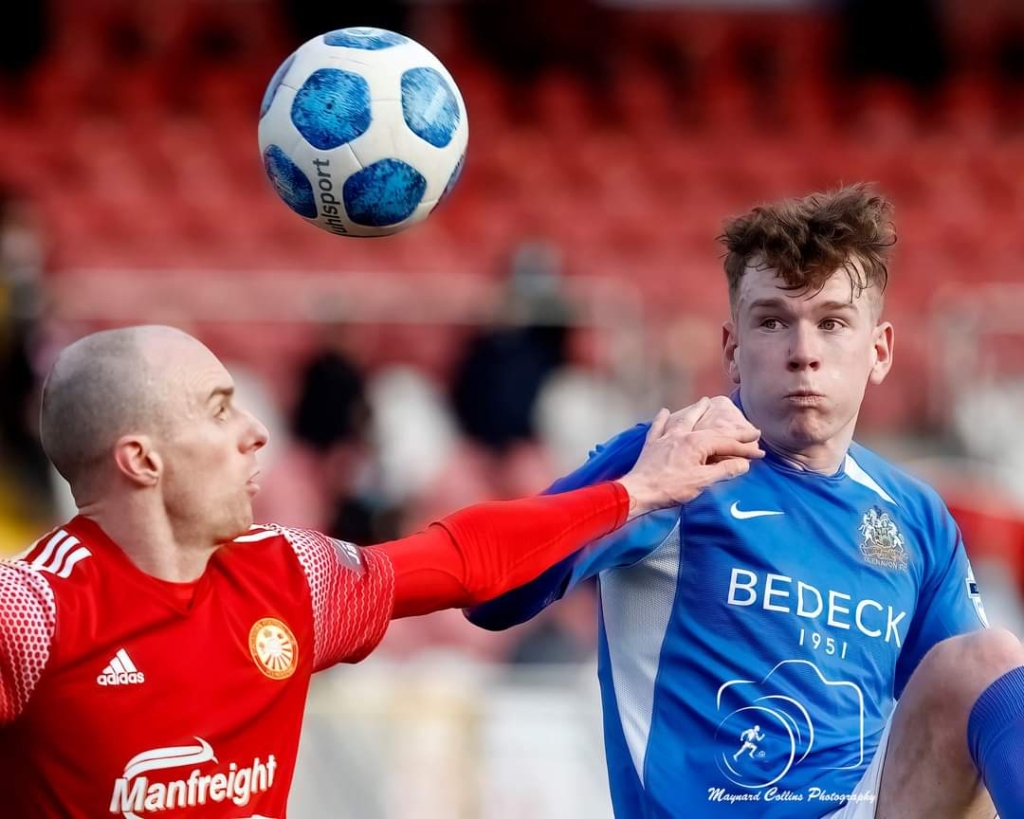 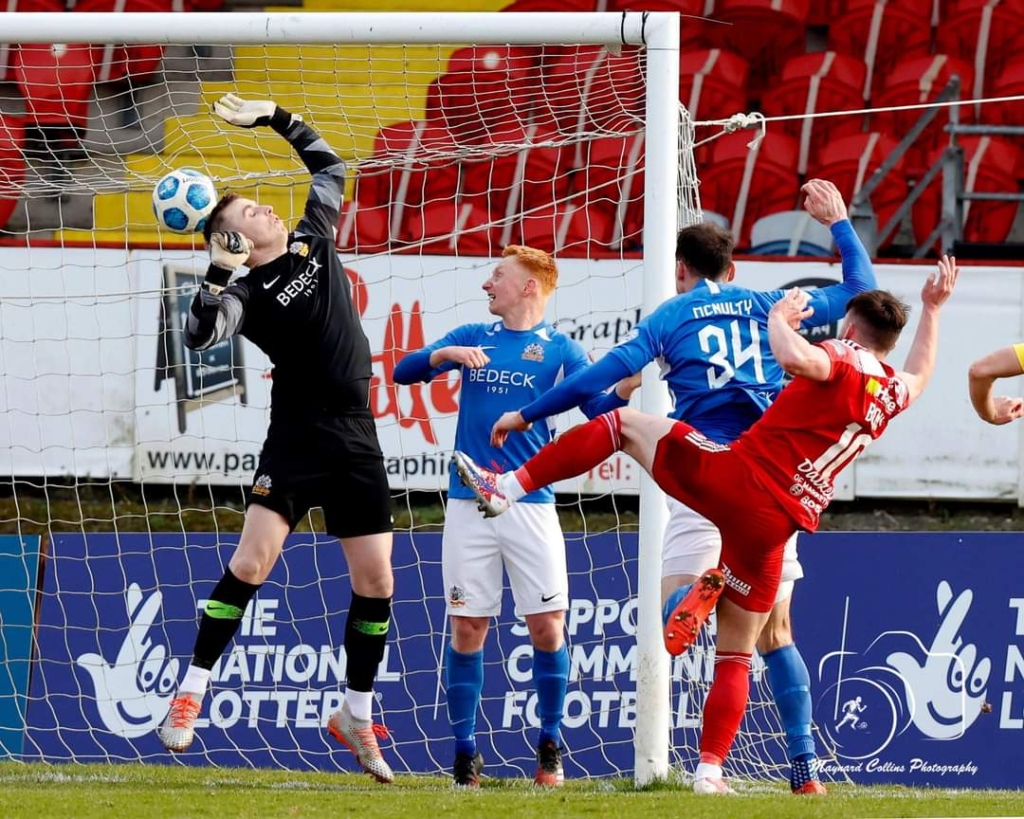