Glenavon star Conor McCloskey is the NIFWA Danske Bank Premiership Player of the Month for February.

The midfielder has been in the form of his life in recent weeks, helping the Lurgan Blues to wins over Ballymena United, Carrick Rangers, Dungannon Swifts and Crusaders. The former Carrick man registered four goals in the month.

It’s the first time McCloskey has won the prestigious award.

Reflecting on a successful February, he said, “I’d like to thank the Football Writers’ and their sponsors for this award. It means a lot to me.

“It was a great month for me as I scored four goals and provided a few assists, but more importantly it was a good month for the team. To take 13 points from six games is a great achievement when you are playing twice a week.

“I think we’ve been quite unlucky at times this season. In February, it felt like we finally got the results our form deserved.”

The runner-up in the Danske Bank sponsored award was Glentoran defender Luke McCullough, with Coleraine man Lyndon Kane in third. 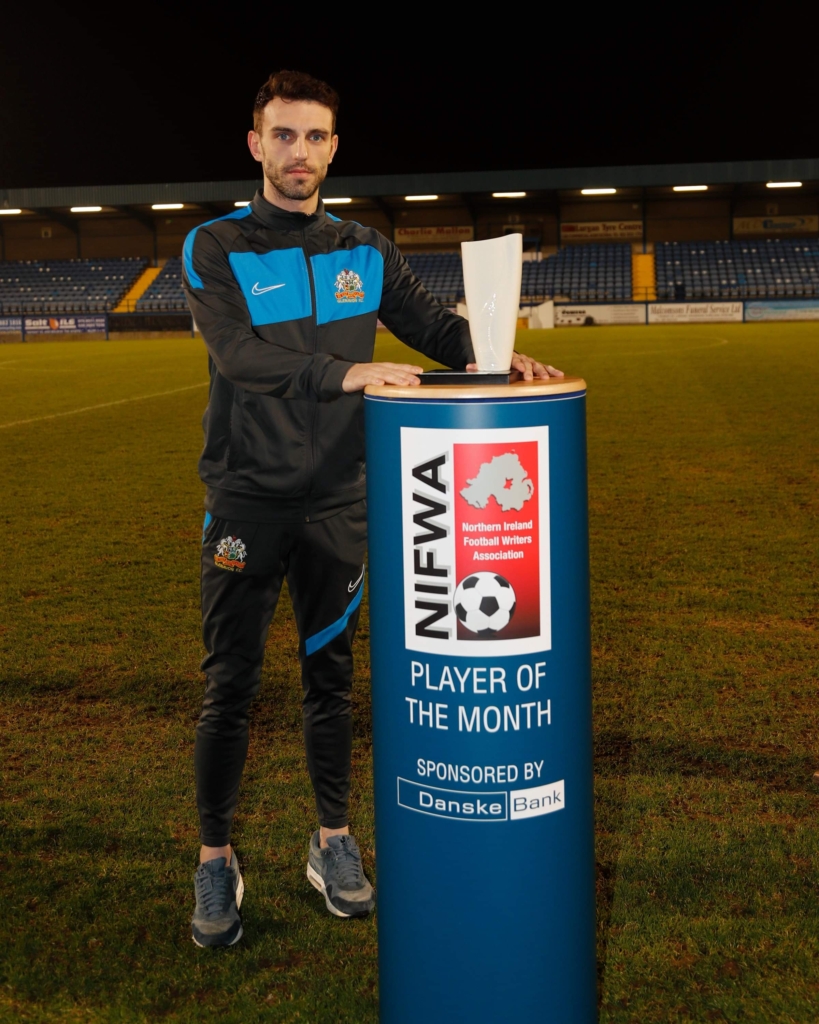