Skip to content
Previous Next
MATCH REPORT: Frustrating night for as Carrick hold Glenavon to a draw

It was a case of history repeating itself as Glenavon and Carrick Rangers drew 1-1 at Mourneview Park for the second time in the space of a fortnight on Tuesday evening.

Back on 16th February it was Glenavon who took an early lead before being reduced to 10 men, with Carrick going on to equalise and secure a point.

On this occasion it was the visitors who went in front on nine minutes when captain Daniel Kelly headed home from a Kyle Cherry free-kick.

Niall Currie’s men then had Chris Rodgers shown a straight red card for hauling down Matthew Fitzpatrick as the Glenavon striker bore down on goal.

Colin Coates drew the Lurgan Blues level three minutes into the second half when he slammed the ball home following an Andy Hall cross.

The Mourneview men had the perfect opportunity to grab all three points when substitute Conan Byrne won a penalty when he was tripped by Steven Gordon in the 80th minute. However, Michael O’Connor, who had previously been very reliable from 12 yards this season, saw his spot-kick saved by Carrick goalkeeper Aaron Hogg.

The away side were first to threaten when Gordon headed over the crossbar from a Cherry corner delivered from the right in the third minute.

Glenavon responded a minute later when Coates lashed a volley goalwards following a Hall corner. O’Connor connected at the far post but he couldn’t direct his shot on target.

Rangers got their noses in front in the ninth minute. Cherry delivered a free-kick from deep on the right, picking out Kelly. The visitors’ captain didn’t make the cleanest of connections with his header, directing the ball into the ground first, but it bounced in off the post nonetheless.

Carrick had a chance to double their advantage in the 21st minute when Cathair Friel did superbly on the left to tee up Reece Glendinning on the edge of the box, but his shot went high and wide when it really should have tested Craig Hyland in the Glenavon goal.

The visitors were reduced to 10 men on the half-hour mark when Rodgers hauled Fitzpatrick down as the striker was about to go clear on goal, giving referee Shane Andrews no choice but to brandish the red card.

Six minutes later Hall tested Hogg with a stinging shot, but the Carrick keeper was equal to the effort, and he also bounced up quickly to smother Matthew Snoddy’s follow-up attempt.

Michael Smith picked Kelly out with a cross from the left four minutes before the interval, but this time the Carrick captain headed over the top.

Glenavon drew themselves level in the third minute of the second half. Snoddy and Peter Campbell worked the ball out to O’Connor on the right and he slid a well-measured first-time pass into the path of Hall, who in turn sent a low cross across the box which found Coates at the back post, and he smashed a brilliant left-footed strike into the far corner, giving Hogg no chance.

Despite having a one-man advantage for an hour and scoring the equaliser so early in the second half, Glenavon struggled to really assert themselves on the game as the second period wore on, rarely threatening the Carrick goal.

However, the Lurgan Blues did give themselves the perfect opportunity to snatch all three points when they won a penalty on 80 minutes. Substitute Byrne cut inside from the right and was upended by Gordon, prompting referee Andrews to point to the spot. O’Connor had been Mr Dependable from 12 yards previously this season, and in his defence this wasn’t a terrible penalty either, being destined for the bottom left-hand corner until Hogg produced a tremendous save, diving down to his right to keep the ball out of the net. Glenavon substitute Gareth McCaffrey latched onto the rebound, but Hogg managed to get something on the striker’s effort as well and divert it away from goal.

Even after the penalty miss Glenavon might have snatched a late winner on not one but two occasions. First, on 89 minutes, Sean Ward crossed from the left and picked out Hall, but he couldn’t keep his header down.

Then, in the first minute of time-added-on, Ward had an effort himself when he cut in from the left and had a pop at goal, but his shot went harmlessly wide and Glenavon had to settle for a point.

It’s a result which sees the Lurgan Blues extend their unbeaten run to six matches, and Gary Hamilton’s men remain in seventh spot in the league standings.

Saturday (6th March) sees Glenavon travel to Shamrock Park for the first encounter in a double header of away games against arch rivals Portadown. Matthew Tipton’s side picked up three points at Mourneview on the opening day of the season, but they are currently on an 11-match winless run and occupy 11th place in the Premiership table, 16 points behind Glenavon. 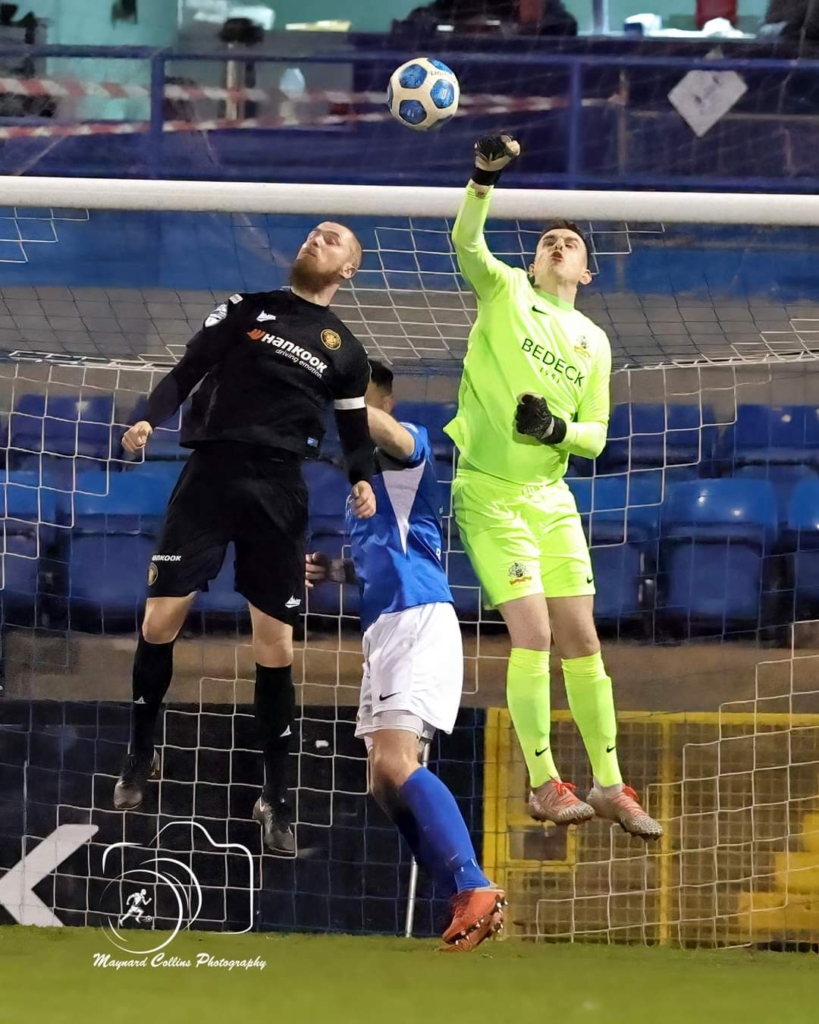 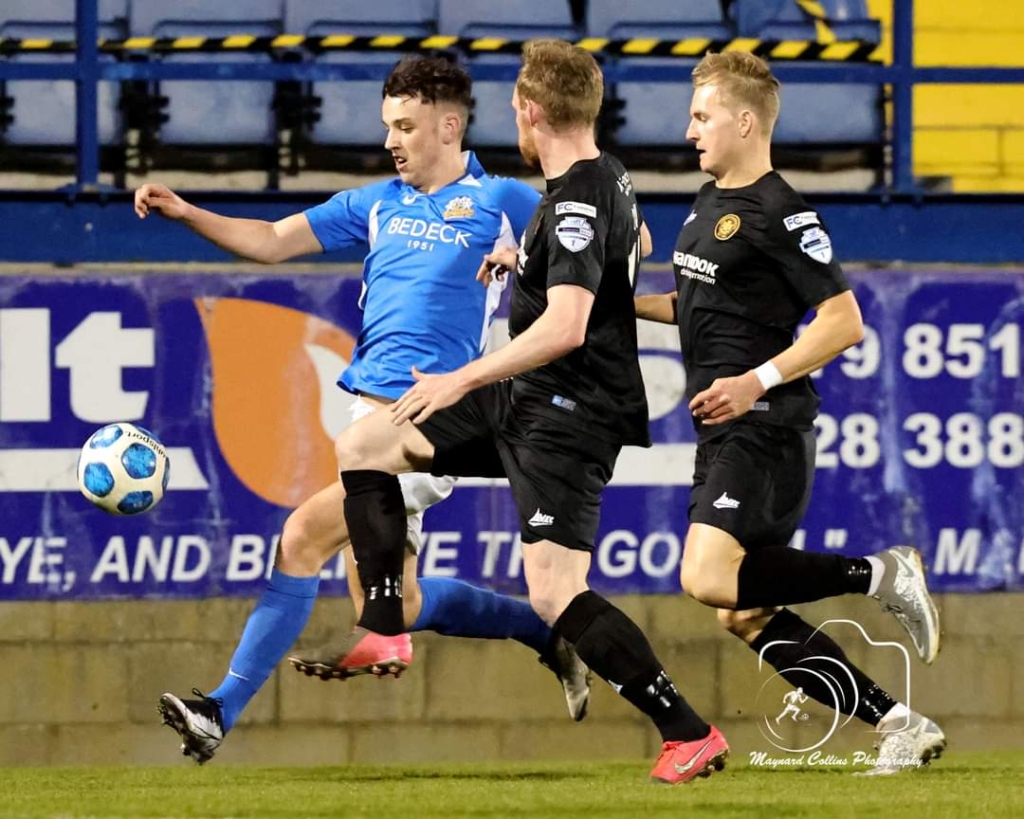 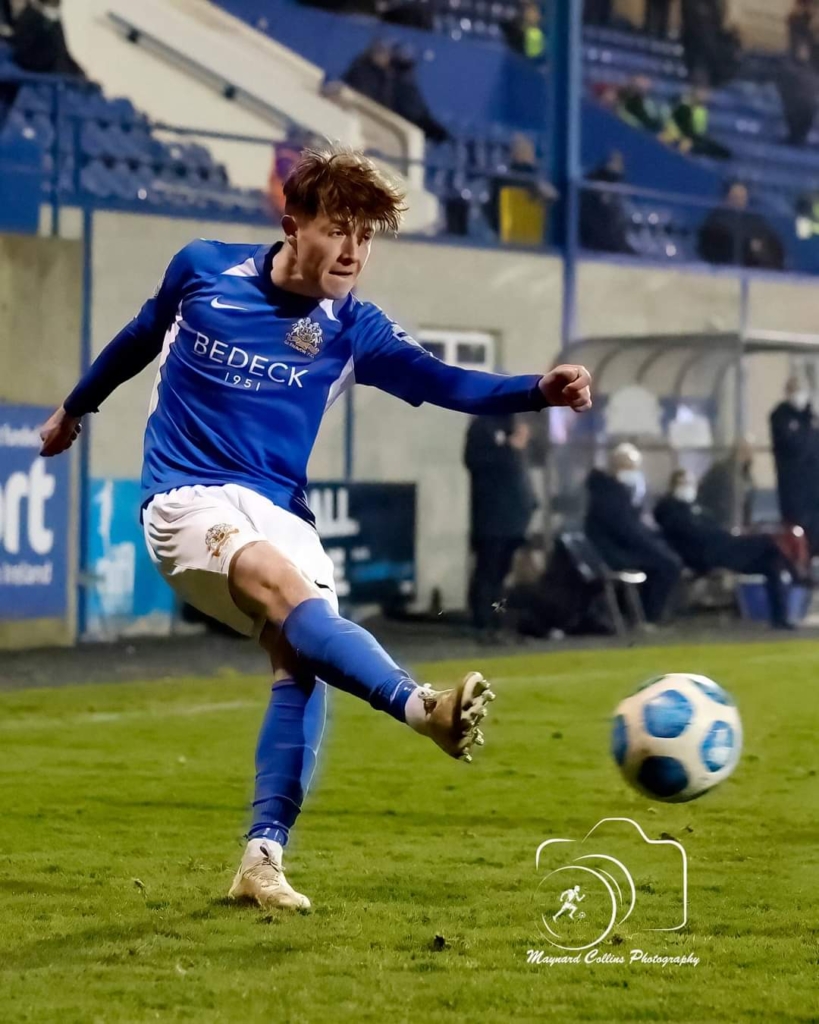 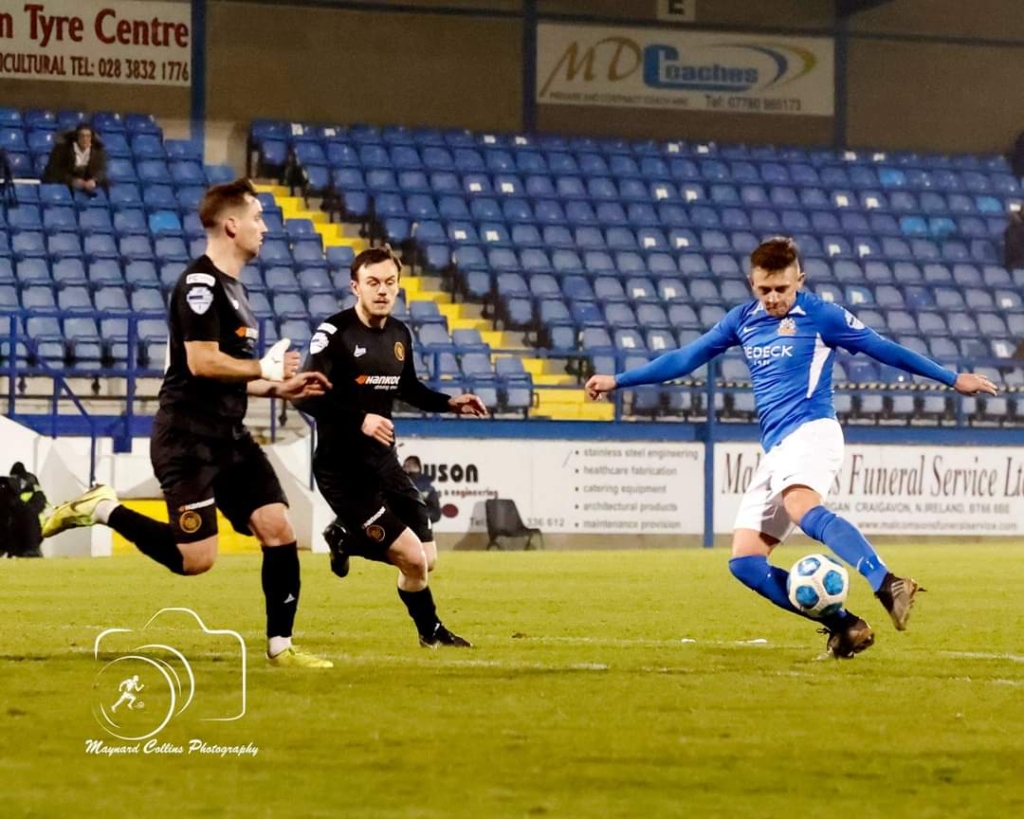 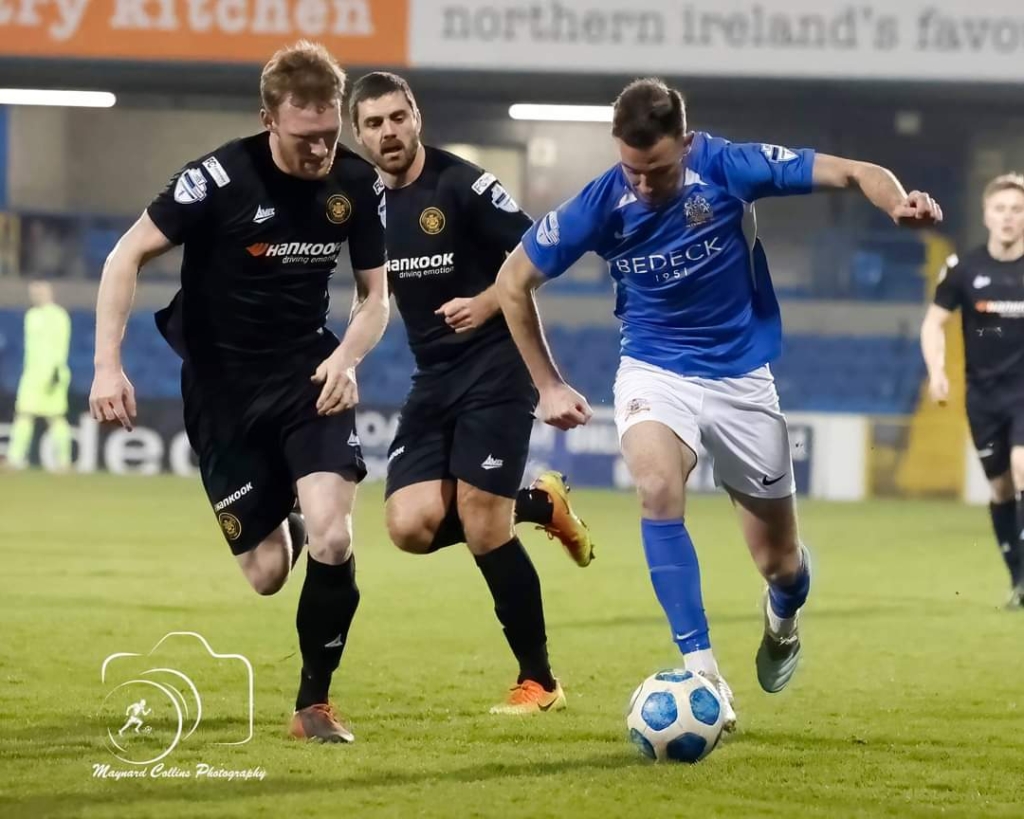