Skip to content
Previous Next
MATCH REPORT: McCloskey steals the show with a goal and an assist against Swifts

Glenavon moved up to seventh in the Danske Bank Premiership after securing three points at Stangmore Park on Tuesday night.

Conor McCloskey stole the show in the first half with a well struck goal and a brilliant assist for Matthew Fitzpatrick to send the Lurgan Blues 2-0 up at the break.
Oisin Smyth pulled a goal back with six minutes to go to set up a nervy finish, which wasn’t helped by both sides being reduced to 10 men in the closing stages – a decision Gary Hamilton has called on referee Evan Boyce to reflect on.
Glenavon made four changes from the team which defeated Carrick Rangers on Saturday. Lee McNulty dropped out through suspension, with Andrew Doyle coming back into the side. Andy Hall also dropped out in favour of the returning Sean Ward, while there were two changes up front as Josh Doyle and Gareth McCaffrey dropped to the bench – Fitzpatrick and Danny Purkis resumed their duties leading the line.
The first real efforts on goal came on 10 minutes when Peter Campbell swung in a corner kick. Doyle, followed by Colin Coates, aimed headers towards goal but they were both cleared off the line.
McCloskey fired the visitors in front on 19 minutes with a well taken goal from a tight angle. The goal came from a sliced clearance from a James Singleton throw-in. The ball fell to Campbell in front of goal, and he spread it wide to McCloskey. The winger took a touch and rifled the ball into the top corner.
McCloskey turned provider four minutes later. He picked the ball up on the halfway line and burst through the middle of the park. The winger then slipped the ball to Fitzpatrick who slotted past Swifts shot stopper Roy Carroll to make it 2-0.
It could have been 3-0 two minutes later when an effort by Campbell was ruled out for a handball, with the player claiming it came off his chest.
Later, there was a great chance for Sean Ward, but it went wide of the far post. Robbie Garrett played a great pass out to McCloskey, whose cross was knocked back into the path of the right back to get his shot off.
Glenavon set out at the start of the second half to find that elusive third goal to kill the game off. Carroll denied Campbell’s low shot by saving with his feet, while a superb ball from Michael O’Connor showed all of his class to find Fitzpatrick, but his effort missed the target.
As the second half wore on Glenavon started to get sloppy. Craig Hyland had to pull out a great save to deny Terry Devlin’s looping effort, while from the resulting corner James Convie saw his header come back off the crossbar.
The Swifts did get a goal back with six minutes left on the clock. Hyland did get a hand to Oisin Smyth’s dipping effort from the edge of the box but it wasn’t enough to keep it out.
Then came the controversial sendings off. A scuffle broke out between Singleton and Caolan McAteer as they tussled for possession. It looked like nothing more than ‘handbags at dawn’ between the two players, however referee Evan Boyce produced a pair of red cards. After the game both Gary Hamilton and Dixie Robinson, who was taking charge of the Swifts for the first game of his second spell as manager, agreed that yellow cards would have been sufficient.
Unless the red card is rescinded, Singleton – who has played every minute of every game so far this season – will now miss Saturday’s trip to Seaview when Glenavon take on Crusaders. Kick-off is at 3pm. 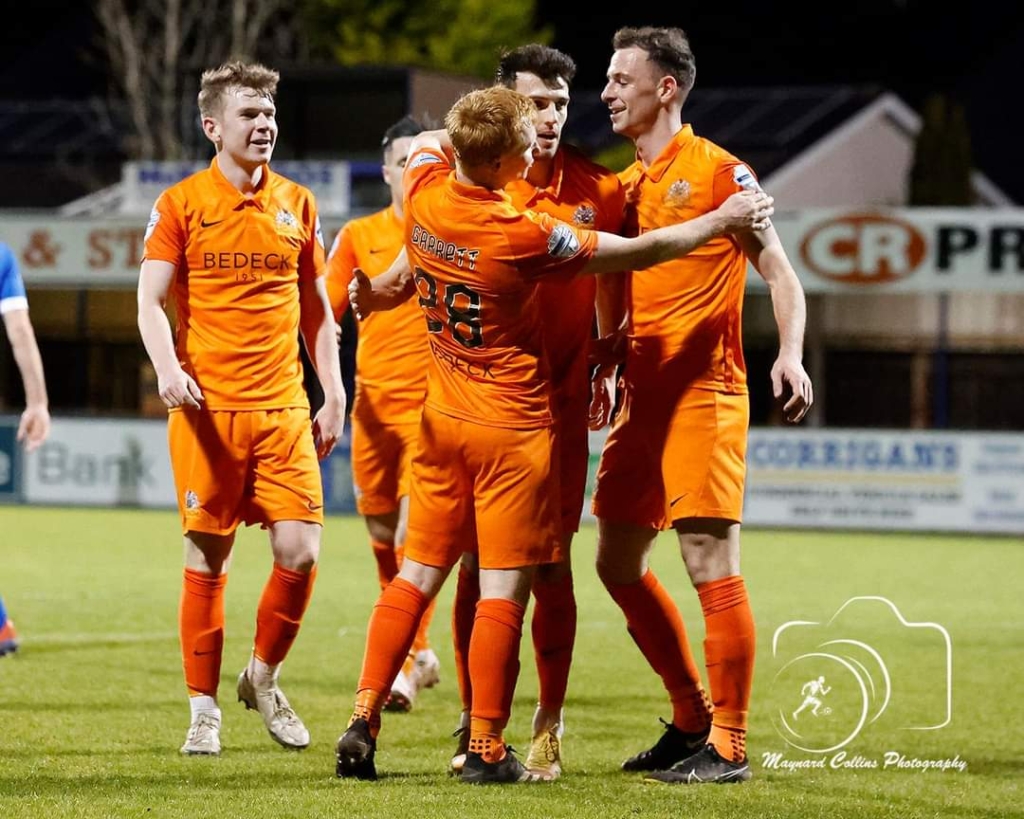 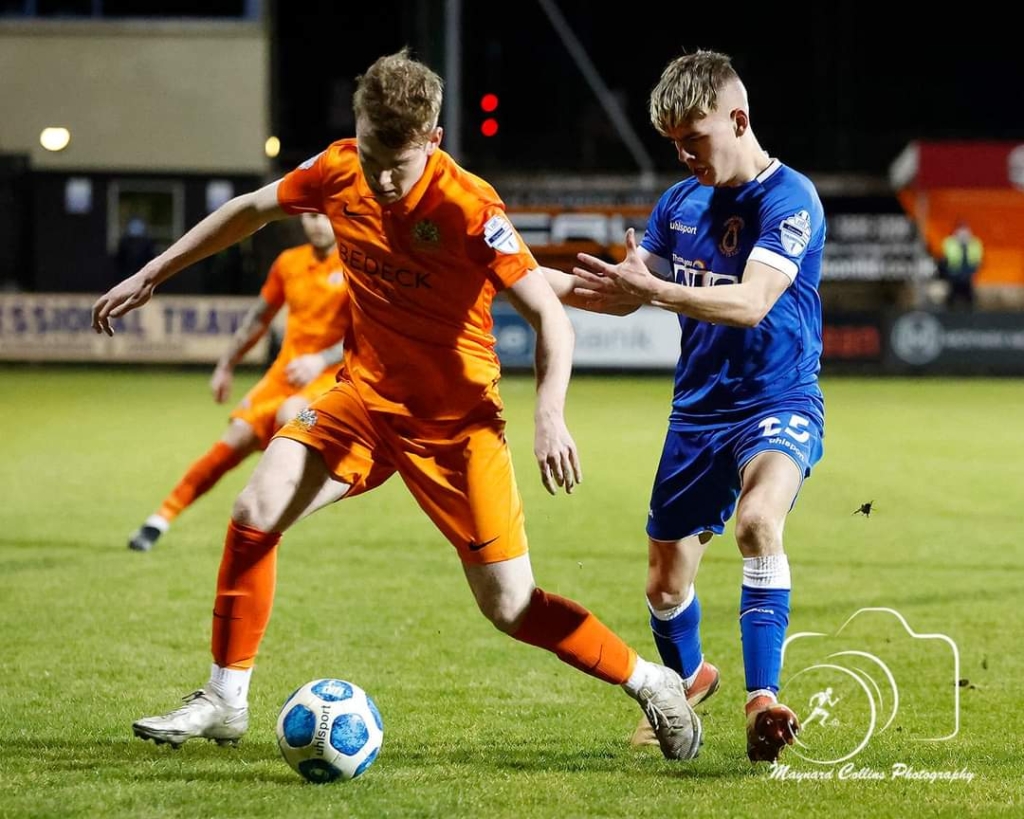 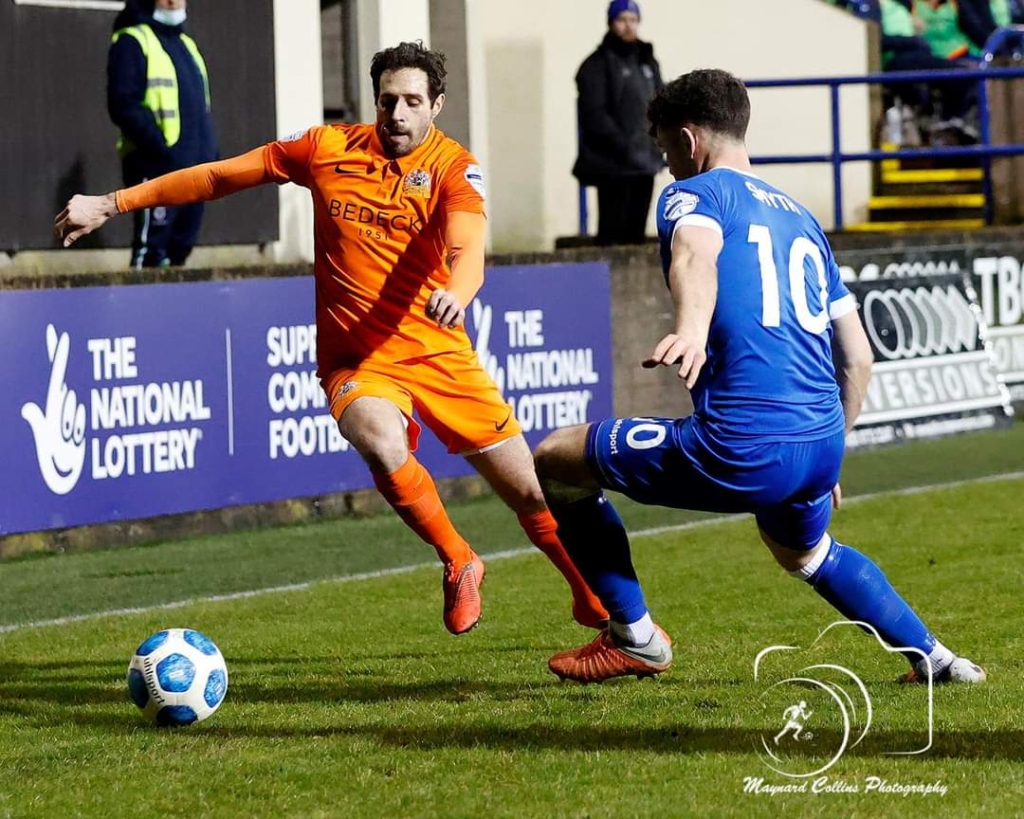 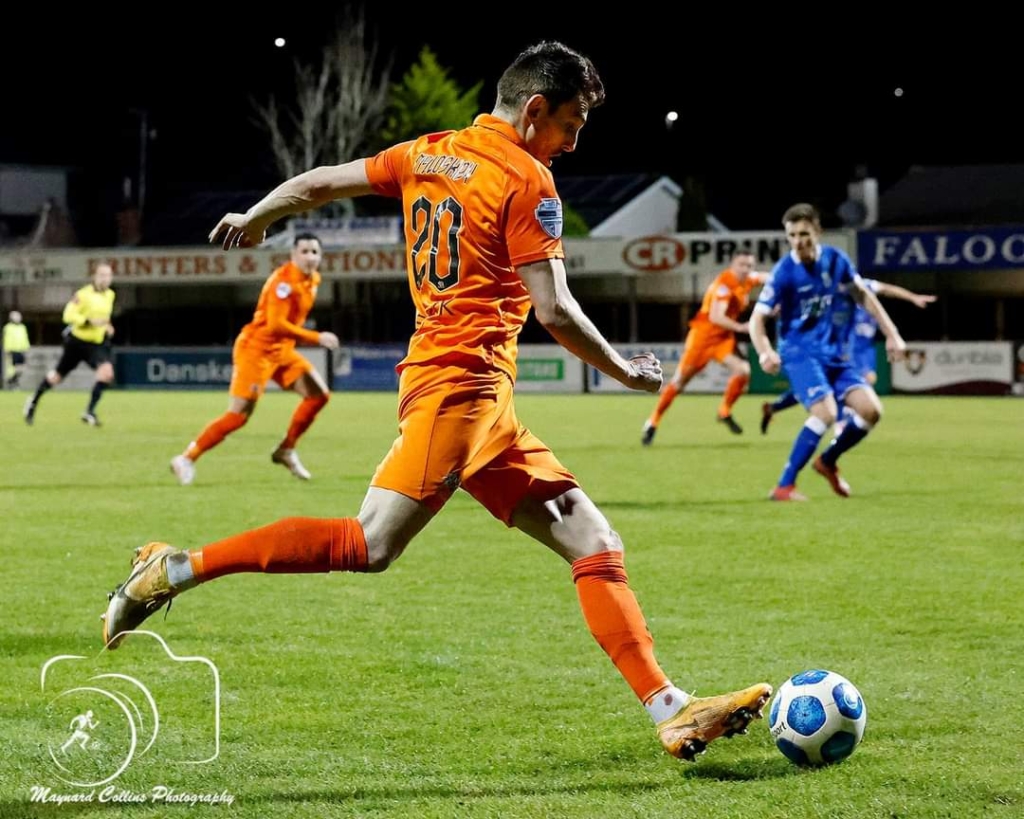