Skip to content
Previous Next
MATCH REPORT: Glenavon back to winning ways against Carrick

Glenavon blew past Carrick Rangers at a blustery Taylor’s Avenue on Saturday.

Gary Hamilton made no fewer than five changes from the team which started against the same opposition on Tuesday night.

There was a first start of the season for Andy Hall, whose only other appearance this term had been for the final seven minutes of our trip to Windsor Park in November. He filled in at right-back for the suspended Sean Ward. Colin Coates was also back in the team following his injury lay-off, coming in for Andrew Doyle.

In midfield Robbie Garrett returned from his one-game ban, with Matthew Snoddy dropping to the bench, while up front both Josh Doyle and Gareth McCaffrey made their first starts of the season. Danny Purkis and Matthew Fitzpatrick took their places amongst the substitutes.

The visitors got off to the best possible start thanks to an unlikely goalscorer. Michael O’Connor’s free kick was flicked on by Doyle into the path of Coates, who scored with a finish that any striker would have been proud of.

Glenavon doubled their lead with just 13 minutes on the clock with the goal coming from a move which started with O’Connor finding Doyle inside the box. He backheeled for Campbell, who slipped the ball across for Conor McCloskey to slot home.

And they could have had a third later on in the half when O’Connor’s corner was headed off the line and when Aaron Hogg denied Peter Campbell twice.

Carrick were forced into making an early change when Cathair Friel went off injured and was replaced by Lloyd Anderson. The substitute got Carrick back into the game just before the end of the first half, slotting home from Jordan Gibson’s cross.

And Anderson had a role to play when Carrick got back on level terms during the early stages of the second half. He was brought down inside the box by Glenavon captain James Singleton, with Caolan Loughran dispatching the resulting penalty to make it 2-2 on 50 minutes.

But Glenavon were back in front shortly afterwards through Peter Campbell on 54 minutes, the winger turning the ball in at the far post from McCloskey’s cross.

And two minutes later the visitors’ two goal advantage was restored from the penalty spot when Hogg took down Josh Doyle. O’Connor stepped up and made it 4-2.

Glenavon were reduced to 10 men when Lee McNulty received his second yellow card of the afternoon after being adjudged to have fouled Kurtis Forsythe.

On 70 minutes Rangers made their man advantage count when Loughran scored his second of the afternoon with a nice, side-footed finish from sub Gerard Storey’s cross to make it 4-3.

O’Connor had a couple of attempts to grab Glenavon a fifth, but it wasn’t to be at the game fizzled out with the Lurgan Blues getting all three points.

Unfortunately we aren’t able to bring you Gary Hamilton’s usual post-match comments due to a technical issue, but speaking to BBC Radio Ulster’s Sportsound he gave his reaction to the win.

“It was an entertaining game, even though the conditions were terrible,” he said.

“It was end-to-end and there were a lot of chances, which often comes with conditions like this. We just wanted three points and thankfully we’ve come away with them.

“In the first half, up until the 44th minute, I thought we were excellent. I thought we dominated the game. Unfortunately for us we switched off and gave them a lifeline.

“The boys showed character and got back to 4-2. Then we had a sending off incident which I think everybody in the ground knew wasn’t a sending off. He’s won the ball cleanly. It happened in front of our dugout.

“All of a sudden we’re under pressure with the conditions and they’ve got the man advantage. They got a goal through a set piece and then we’re hanging on at the end.

“But the boys showed good resolve to see the game out and I’m delighted to be coming away with three points.”

Glenavon are back on the road on Tuesday, but this time have a shorter trip to face Dungannon Swifts at Stangmore Park. Kick off is at 7.45pm, with the game streamed on 247.tv/niprem 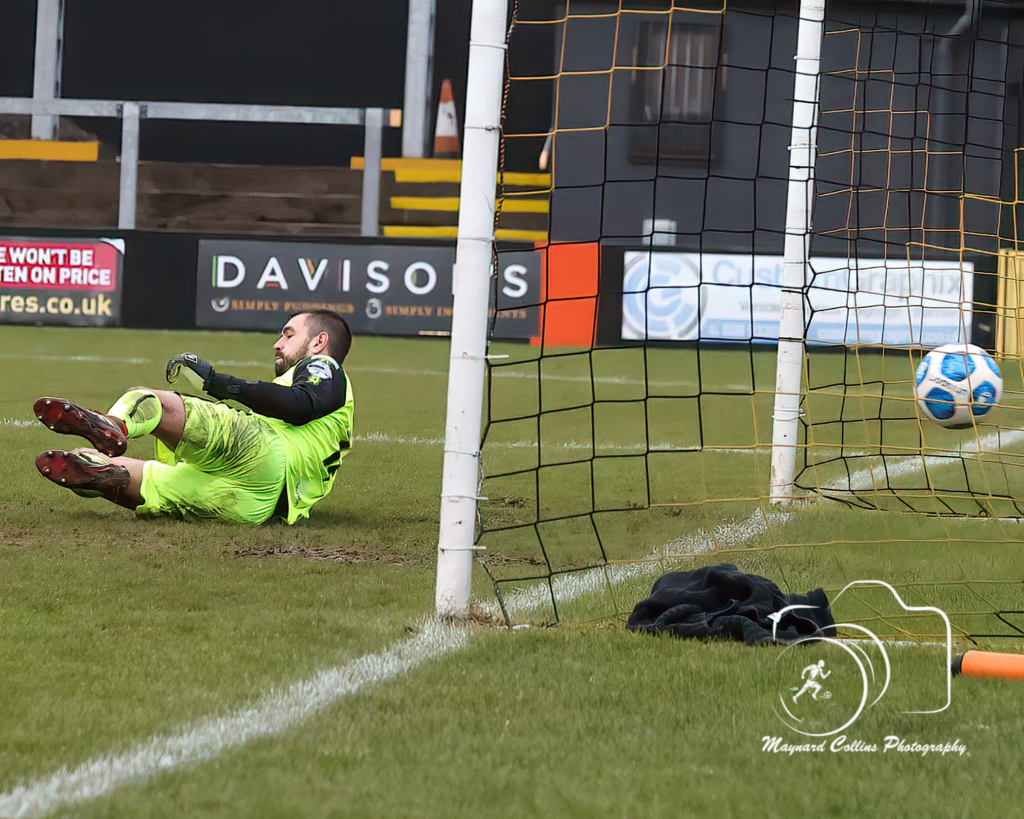 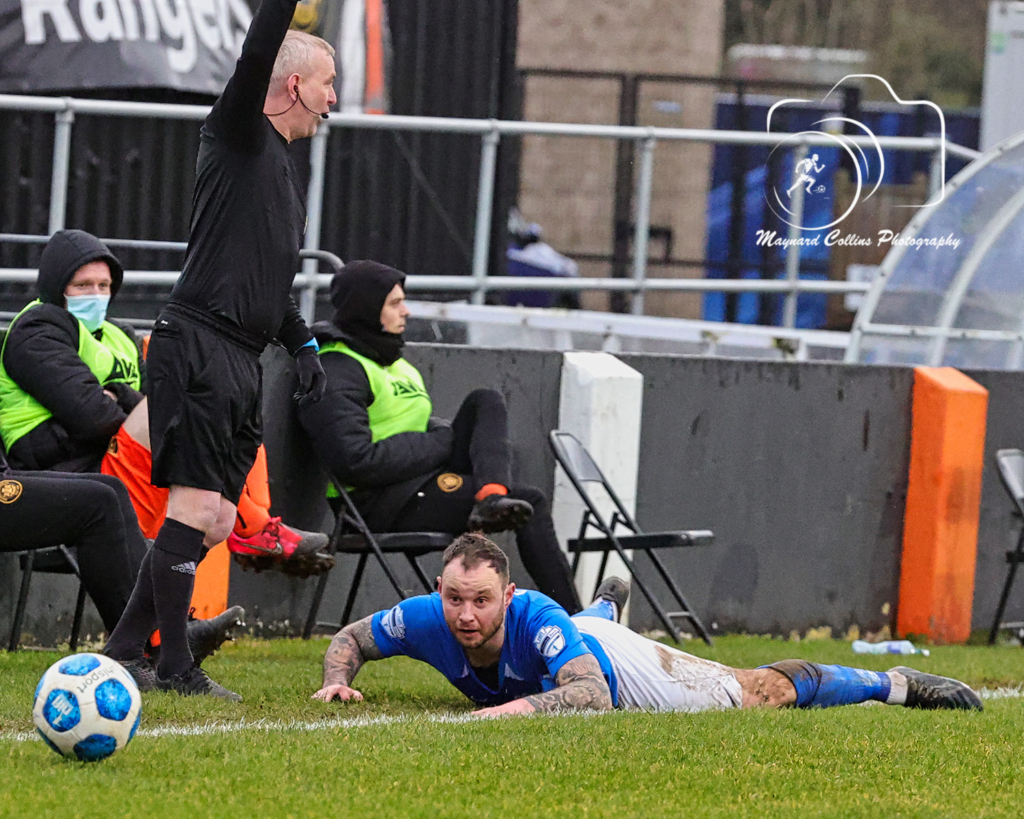 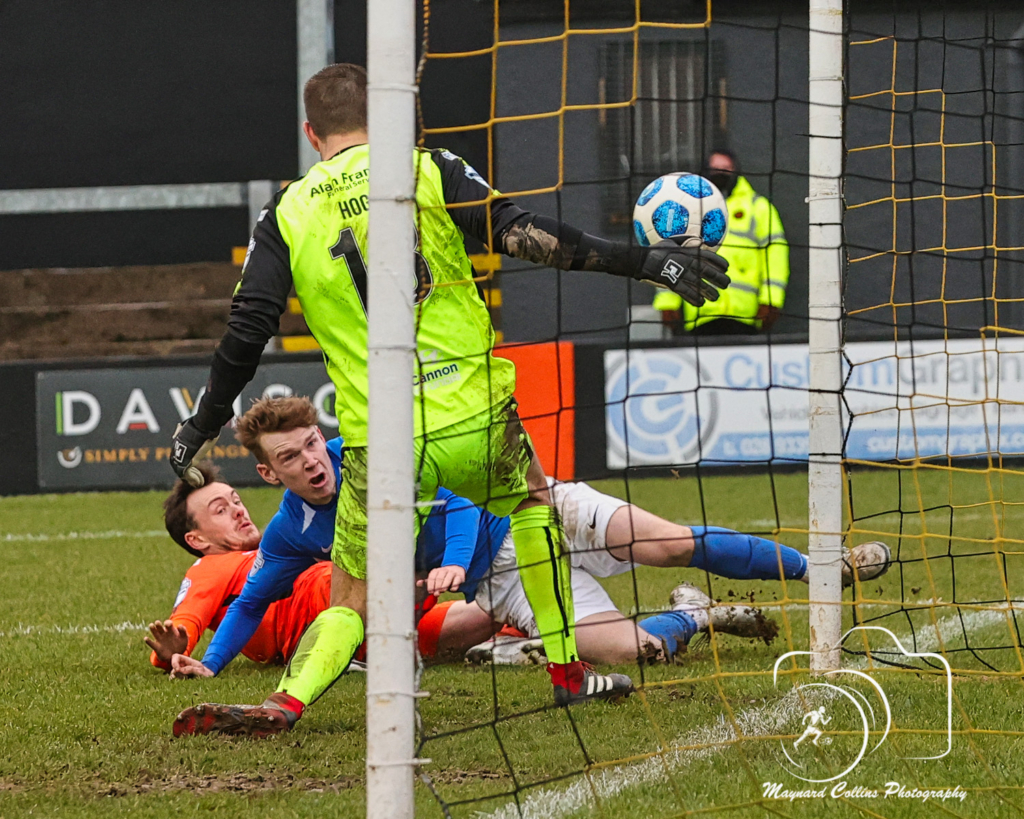 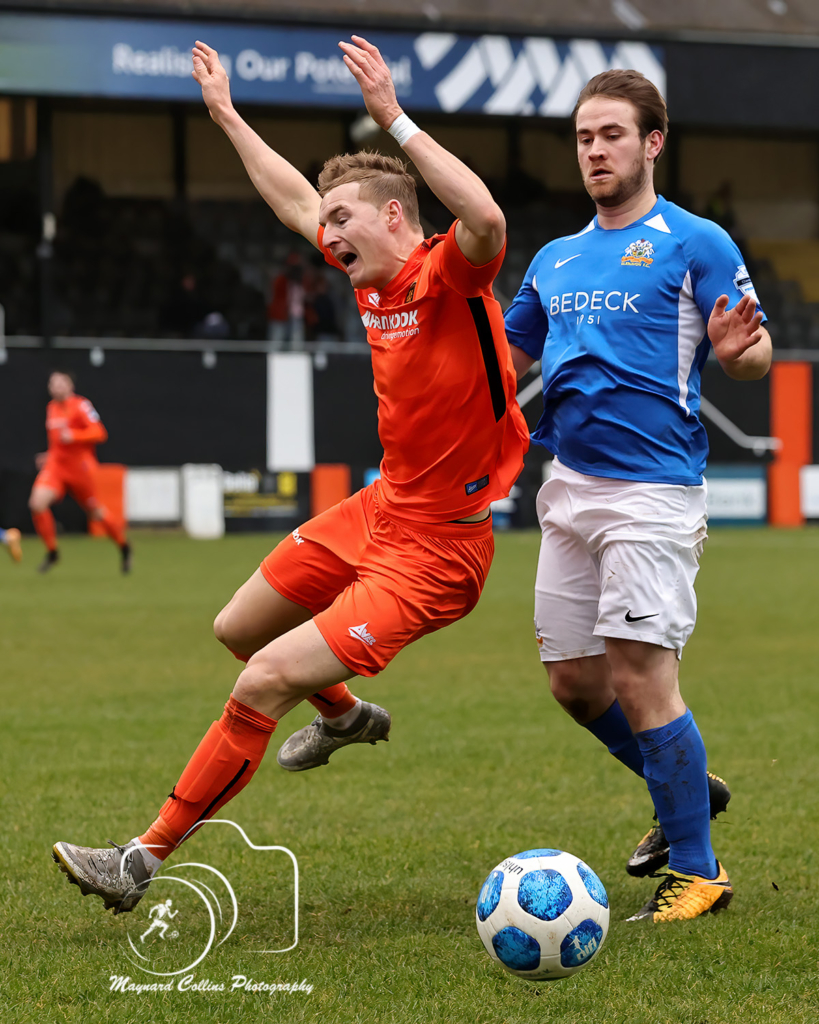 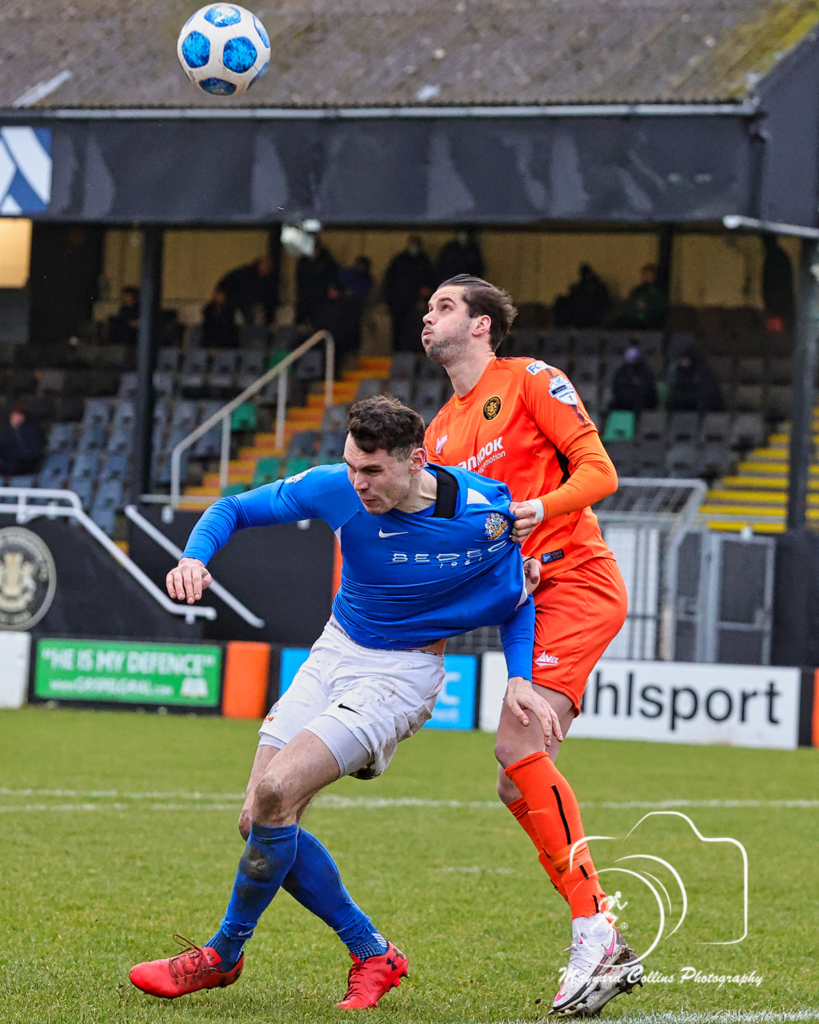