Skip to content
Previous Next
MATCH REPORT: Glenavon pay the penalty for not adding to their tally

Glenavon and Carrick Rangers shared the spoils in a 1-1 draw at Mourneview Park on Tuesday evening.

The Lurgan Blues deservedly took the lead on 17 minutes when Michael O’Connor’s free-kick from the left evaded everyone and found its way into the back of the net.

Glenavon held on to their lead until the break, but the game was thrown wide open just five minutes into the second half when Sean Ward was sent off for handling the ball on his own goal line. Carrick’s Caolan Loughran emphatically converted the resulting penalty to draw the away side level.

Despite being down to 10 men for most of the second half, Glenavon remained well in the game, but neither side could find the elusive second goal, and both teams had to settle for a point.

Peter Campbell came agonisingly close to breaking the deadlock for Glenavon on 10 minutes when his low left-foot shot from just outside the penalty area struck the foot of the right-hand post, with Aaron Hogg in the Rangers goal well beaten.

The home side did get their noses in front seven minutes later. O’Connor swung a free-kick in from the left and it looked like teammate Danny Purkis was going to get on the end of it, but the ball evaded everyone, including Carrick ’keeper Hogg, and nestled in the back of the net.

O’Connor had another pop at goal from a free-kick on 25 minutes. This time it was about 20 yards out and central, but the midfielder’s low shot was straight at Hogg, who made a routine save.

Lee McNulty played a ball over the top for Matthew Fitzpatrick in the 31st minute. The striker cut inside on the left and fired a low shot on target, but Hogg was equal to the effort. The ball eventually made its way out to Conor McCloskey, but the winger’s shot went well over the bar.

Glenavon were well worth the one-goal lead which they carried into the break, but it wasn’t to be long before the game was turned on its head in the second half.

Just four minutes after half-time Hogg took a goal-kick and McNulty won the header, but he could only manage to head the ball back towards his own goal. His centre-back partner Andrew Doyle then headed the ball backwards again, but this time Carrick sub Alex Gawne latched onto the ball and nipped past Glenavon goalkeeper Craig Hyland to put himself through on goal. Gawne’s shot was destined for the net until right-back Ward, out of instinct more than anything else, dived and saved the ball with his arm, giving referee Jamie Robinson no choice but to brandish the red card and point to the spot. Loughran took the penalty and emphatically slammed it high into the net to draw Carrick level.

Despite Carrick having the one-man advantage for more than 40 minutes, the remainder of the game was even enough. Rangers did go close on 73 minutes when Gerard Storey picked out fellow substitute Gawne with a cross from the right. Gawne directed his header on target and forced Hyland into a save, the keeper doing well to tip the ball over the crossbar.

Another cross from the Carrick right, this time from Kurtis Forsythe, picked out Cathair Friel at the back post on 79 minutes, but the striker couldn’t make the right contact and the chance was gone.

Glenavon’s best chance to win it arrived in the 87th minute when Fitzpatrick found himself with an opportunity to shoot from the right side of the penalty area, but his low right-footed shot was dragged wide of the far post, and in the end both sides had to settle for a point. 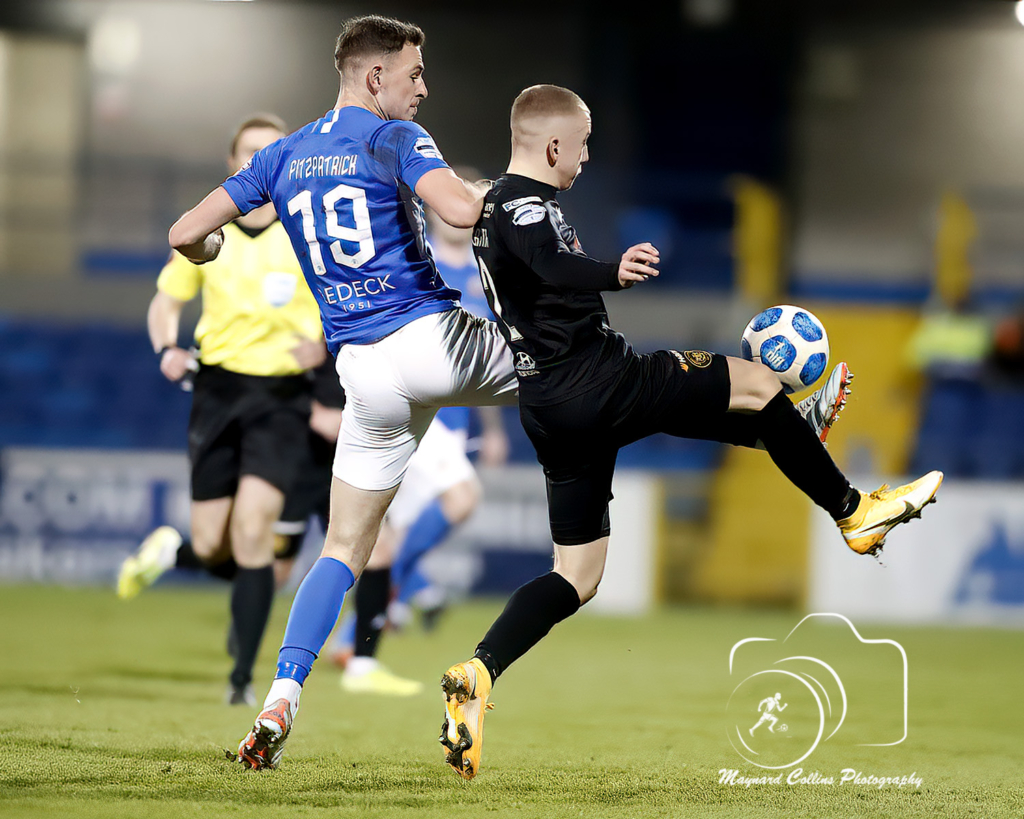 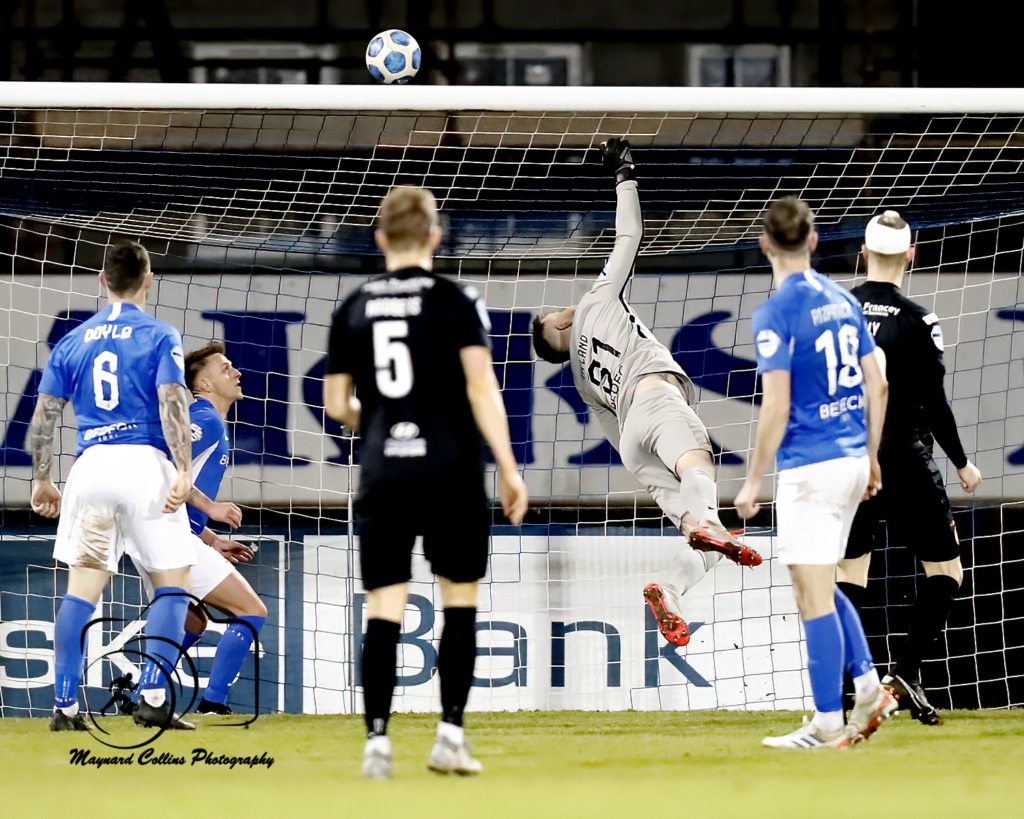 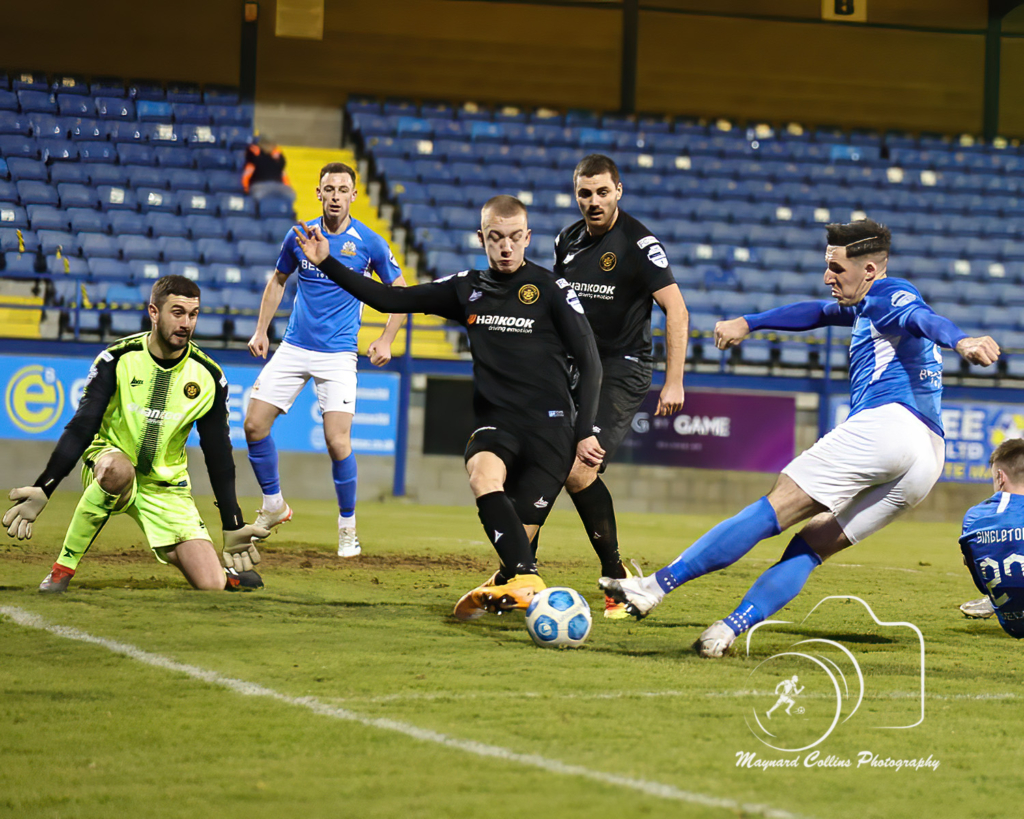 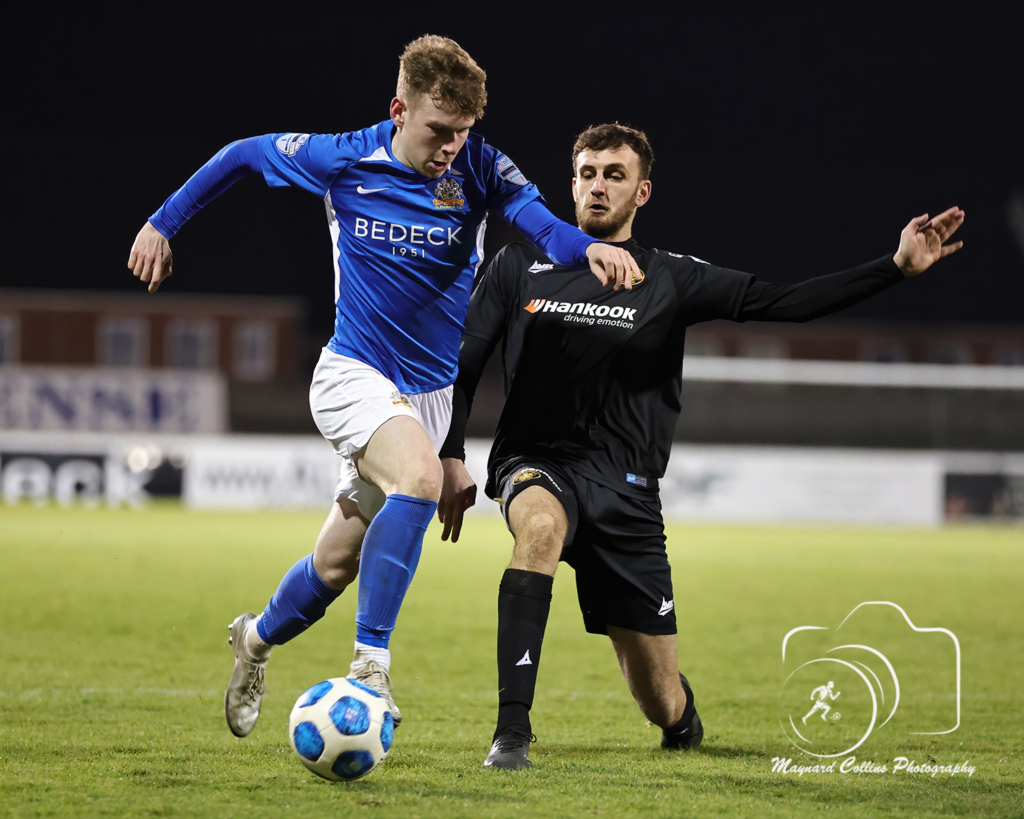