Glenavon are into the semi-finals of the Mid-Ulster Cup after a game where the hosts didn’t have it all their own way.

Gary Hamilton’s men were dominant in the first half and went in at half time in front through two Jordan Jenkins goals.

But City, who played their first game in over two months on Saturday, gave a good account of themselves and got back into the game before Colin Coates killed the game off on 77 minutes.

The hosts put out a strong team despite making eight changes from Saturday’s win over Warrenpoint. James Singleton, Matthew Snoddy and Daniel Larmour kept their places.

There were opportunities for James Taylor, Colin Coates, Aaron Harmon, Conan Byrne, Jordan Jenkins and Robbie Norton all to get valuable minutes under their belts, while youngsters Lee Rea and Owen Taylor were given a chance to show what they could do in the senior competition.

Glenavon dominated the first half and would have been out of sight at half time only for the performance of City’s man of the match, McKenzie Pauley. He had to be alert to stop Jordan Jenkins after a great ball down the right hand side by Conan Byrne with just two minutes on the clock.

Shortly afterwards Robbie Norton had a great chance to put the hosts in front but he blazed over with a left footed effort.

City’s only real chance in the first half came out of nothing on 15 minutes when Stefan Lavery forced a great choice out of James Taylor. Lavery’s dipping effort forced the goalkeeper to back-peddle and tip the ball over the bar as it looked to be going under the cross bar.

At the other end Glenavon’s young left winger, Owen Taylor, had a Di Canio-esque volley saved, connecting with a cross-field pass from Matthew Snoddy.

Glenavon took the lead with 20 minutes on the clock. Defender Daniel Larmour found Jenkins down the left flank. He beat an Armagh defender in the corner of the pitch, worked his way into the box and scored with a shot that Pauley might be disappointed that he didn’t get more on to.

The young goalkeeper redeemed himself when he parried away a good effort from Lee Rea, but Glenavon would double their lead just after the hour mark. The impressive Conan Byrne crossed from the right and with pin-point accuracy found Jenkins, the striker barely having to move from his spot to head home his second of the night.

Snoddy should have added a third with 10 minutes to go until half time. Rea found Snoddy on the edge of the box and with only the goalkeeper to beat the midfielder skewed his shot wide from 12 yards out.

Before the interval Rea had two opportunities of his own. Firstly, a shot from distance was saved by Pauley and, just before the referee blew the half time whistle, he beat the offside trap and aimed a shot at Pauley’s near post with the goalkeeper saving well and turning the ball around the framework to concede a corner.

You would have been forgiven for thinking that the second half would just be a formality, taking the experience of the Glenavon line-up, the quality on their bench and considering the fact that City had only played one full game of football in nearly three months.

However, you’d have been wrong as City came out brightest and pulled a goal back with just two minutes of the second half gone. Marc McConnell’s cross from the right wing was knocked back into the path of Ross Lavery, with the former Ballymena United man making sure from close range. Game on!

The visitors went looking for an equaliser with the goalscorer almost levelling the game up on 55 minutes, turning Snoddy before shooting with a daisy-cutter of an effort. He beat Taylor with his shot but was narrowly wide of the mark.

Sean Ward, on as a half time substitute for James Singleton, had a pass deflected into the path of Jenkins but his effort from the edge of the box was meat and drink for Pauley.

Armagh had good passages of play throughout the second half, but the game was put out of reach on 77 minutes when Colin Coates scored his first Glenavon goal with a header from a Byrne corner.

The visitors tried to claw their way back into the game two minutes later when City captain Ryan Corrigan spread the ball wide to Andrew Wilson only for the substitute to pull the ball wide of the target when, really, he should have scored.

The outstanding Pauley was called into action to deny a powerful Jenkins drive, before O’Mahony flew down the left flank and delivered a glorious ball to Byrne at the back post. The experienced winger will have been disappointed not to score. 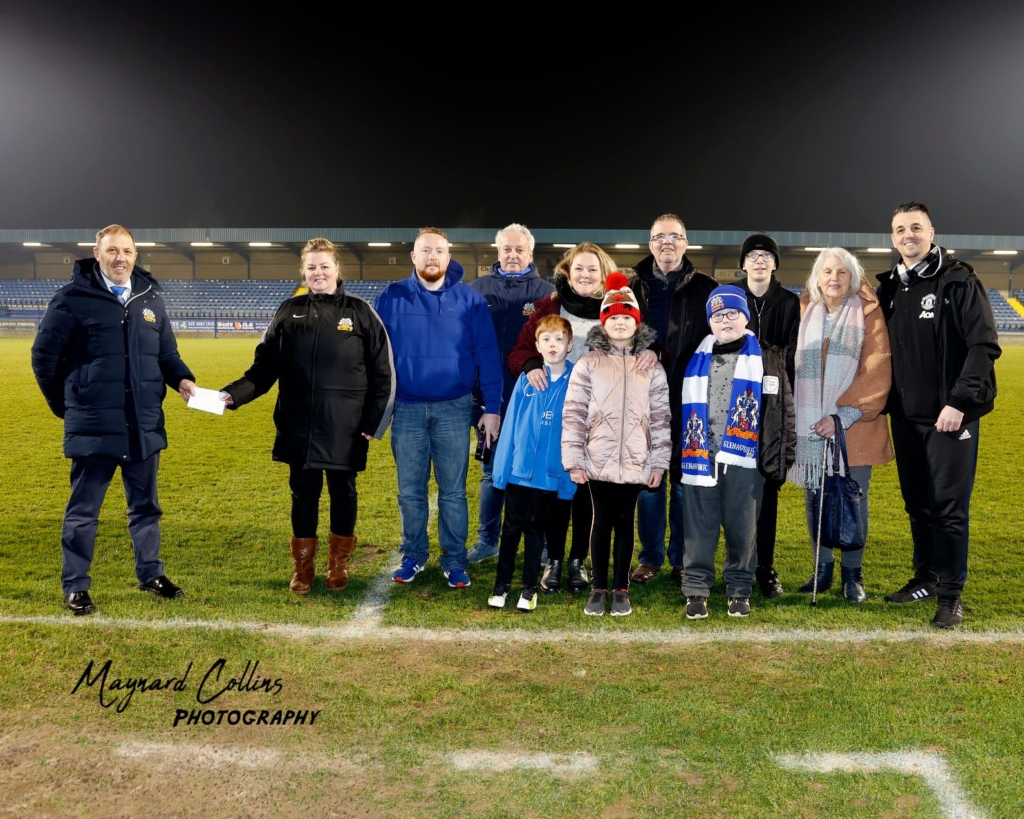 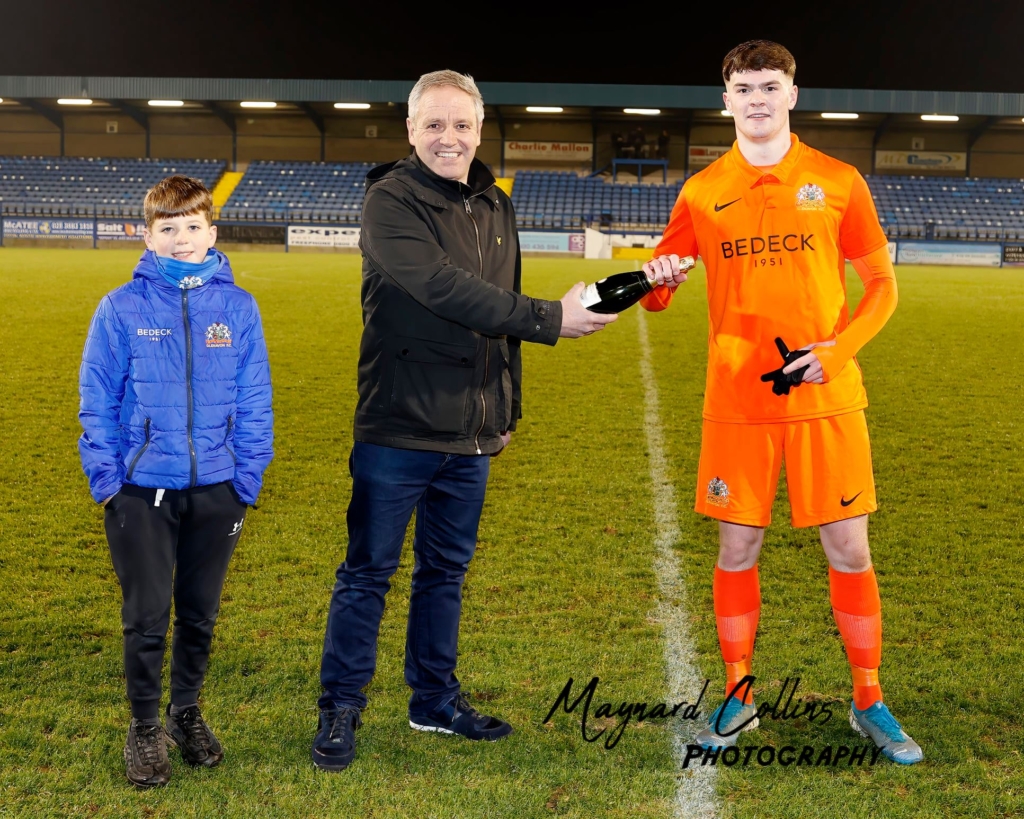 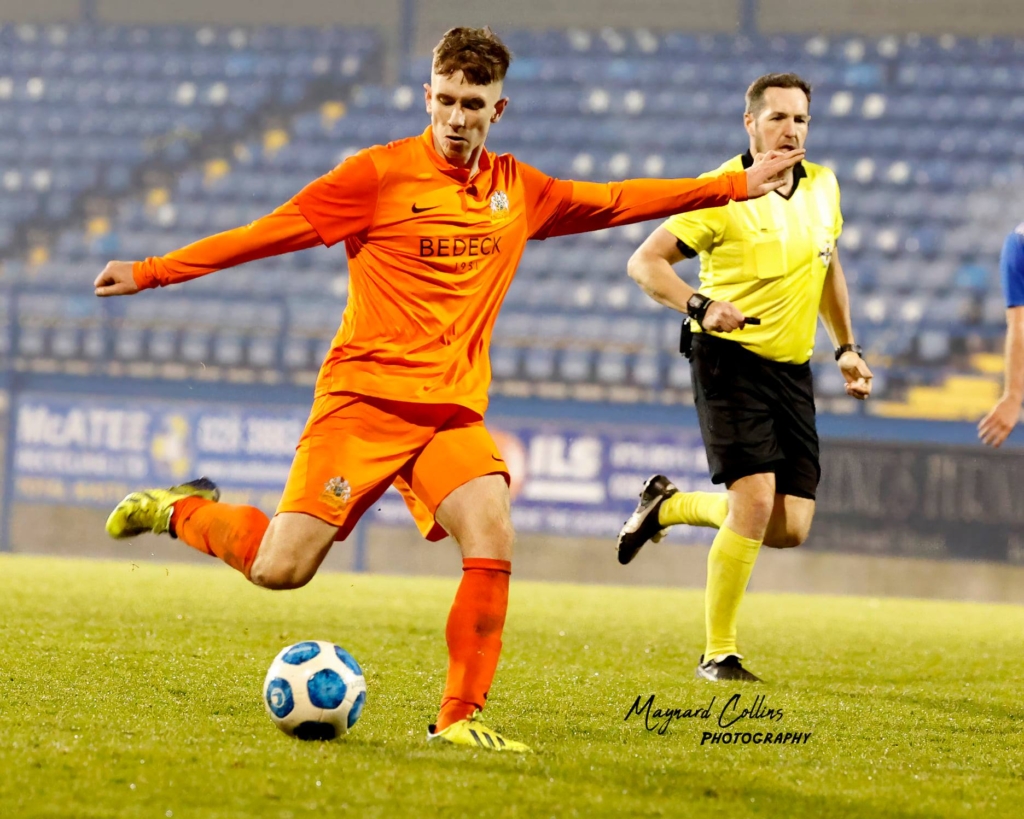 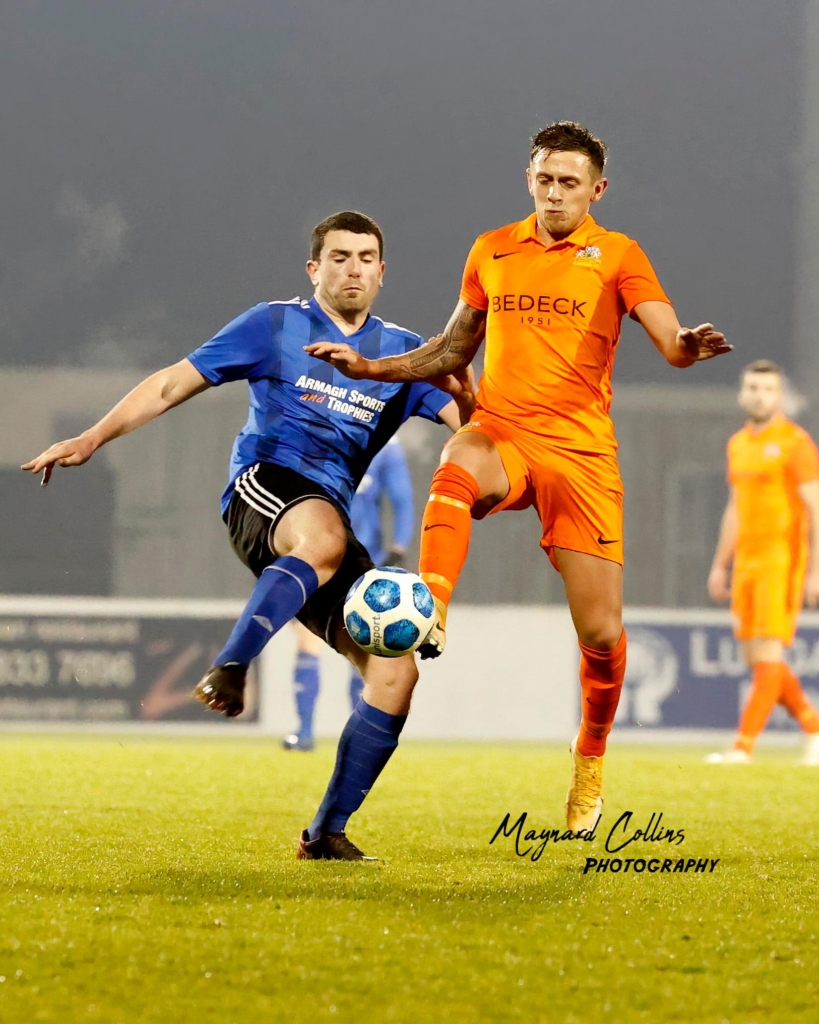 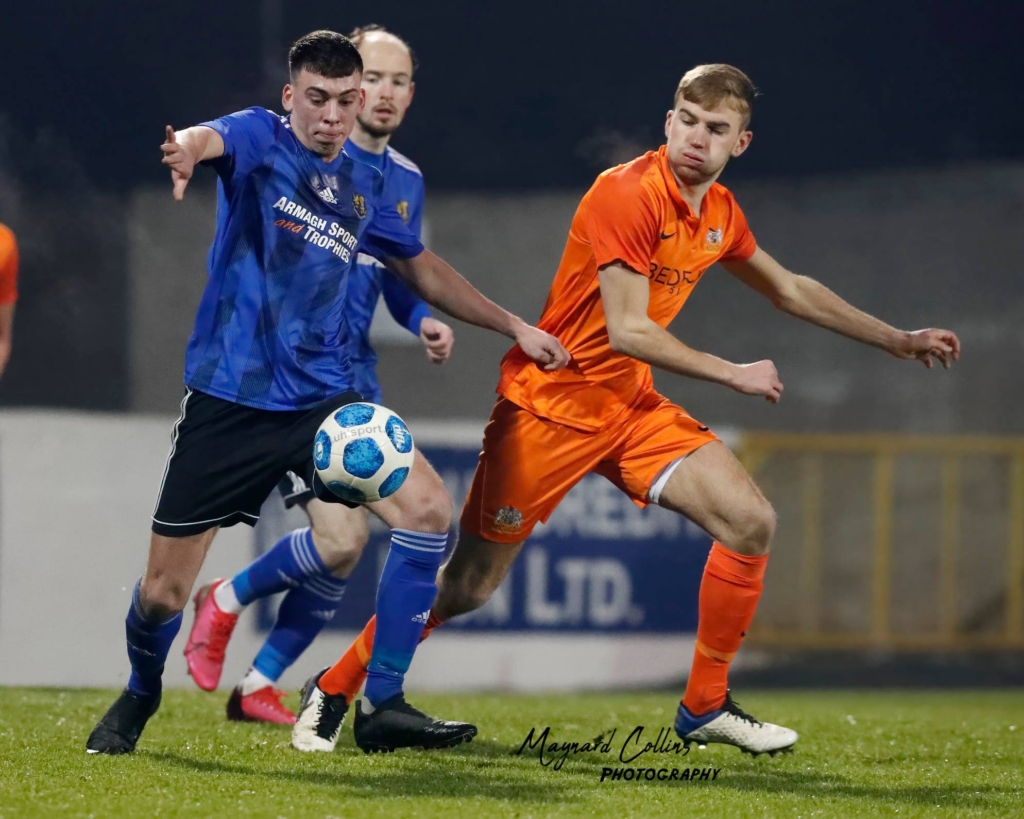 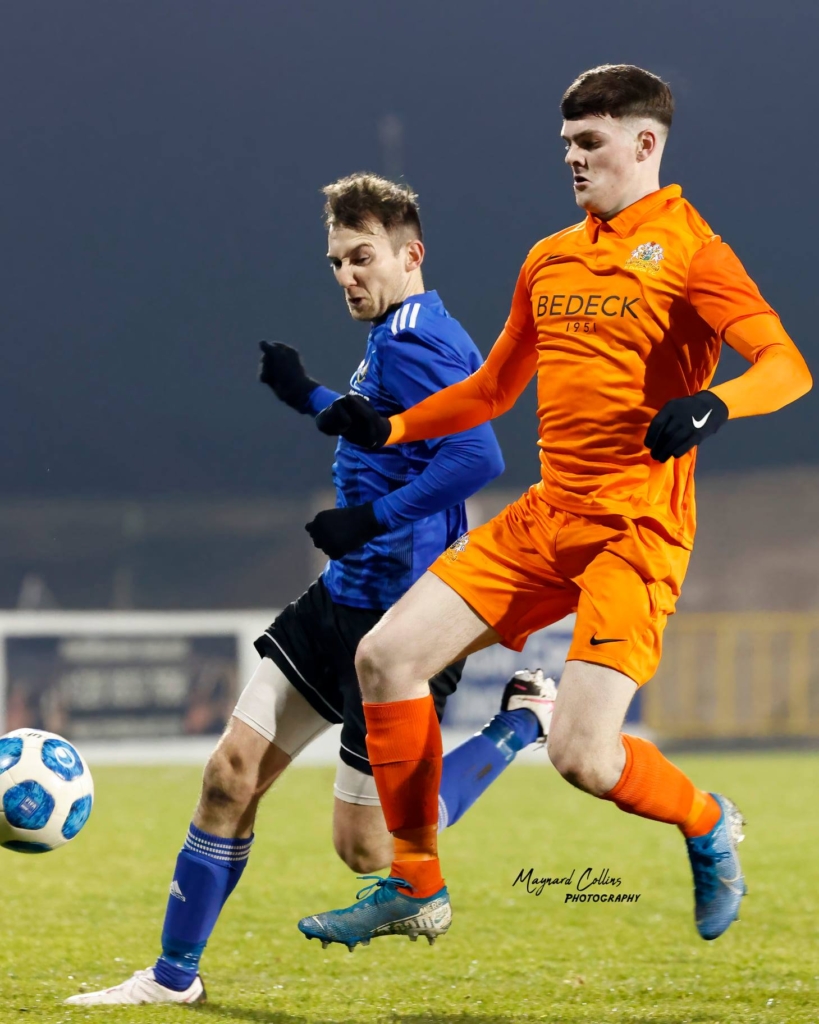 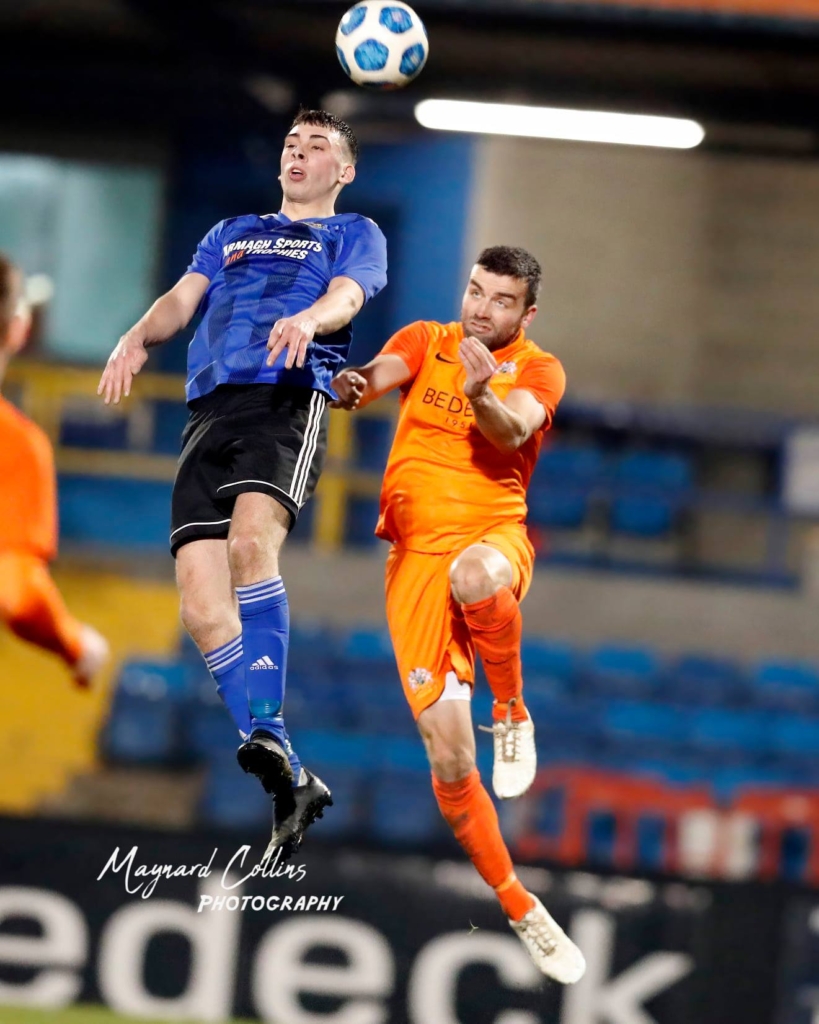