Glenavon produced arguably their best performance of the season so far at Mourneview Park on Saturday afternoon, coming from behind to defeat Crusaders 3-1.

Philip Lowry put the Crues ahead just three minutes into the game after Adam Lecky had nodded down a Jamie McGonigle corner.

Glenavon were the better side for the majority of the remainder of the first half, yet still found themselves a goal behind at the break.

That all changed in the second half, though, as the goals they deserved finally arrived and they took the game away from Crusaders.

The impressive Jack O’Mahony headed in the equaliser on 50 minutes when Danny Purkis picked him out with a left-wing cross.

Peter Campbell’s low left-footed shot on 74 minutes gave Glenavon the lead, before Matthew Fitzpatrick sealed the win for the home side when he added a third goal in the 80th minute.

It took just three minutes for Crusaders to get their noses in front. McGonigle sent in an in-swinging corner from the left and Lecky rose highest to win the header and nod the ball down into the six-yard box, where Lowry was lurking. The midfielder lashed the ball into the net to open the scoring.

Glenavon had the ball in the net three minutes later. Michael O’Connor swung in a corner from the left and Fitzpatrick jumped to challenge for the ball with Crues goalkeeper Gerard Doherty, who was a late replacement for Sean O’Neill. The Glenavon striker appeared to do nothing wrong as the goalkeeper tried to punch clear but only succeeded in diverting the ball into his own net, yet referee Ian McNabb ruled the goal out for an infringement from Fitzpatrick.

McGonigle slipped a ball through for Ben Kennedy on the left on 14 minutes. The forward managed to get a low shot on target, but it was a simple save for Glenavon goalkeeper Jonny Tuffey.

Three minutes later, Daniel Larmour stood up well to block McGonigle’s shot as the Crues sought to extend their advantage.

As the first half reached its halfway point it was Glenavon who were well on top, and the home side had a great chance to draw level on 21 minutes, but Doherty made a good stop to deny O’Mahony, narrowing the angle and spreading himself to keep the young winger’s shot out.

Doherty made an even better save in the 35th minute. A great Glenavon move saw Garrett slip a pass into the path of Fitzpatrick in the Crusaders penalty area. The Glenavon striker hit his shot first time, but Doherty got in the way again to keep the visitors in front.

Five minutes after the break, Glenavon finally got the goal they deserved. Captain James Singleton played a pass out to Purkis on the left. The striker beat Chris Hegarty before sending a cross over to the far post, where the ball was met by O’Mahony. The winger was too strong for Crues full-back Michael Ruddy and powered his header beyond Doherty to draw the home side level.

Tuffey was rarely tested in the Glenavon goal, but he was forced into action on 65 minutes after the home defence failed to clear the ball and it fell to McGonigle. The former Coleraine man’s left-foot shot was struck well, but Tuffey dived to his right and pushed it behind for a corner.

Two minutes later, Doherty made yet another impressive save in the midst of a manic passage of play. First Larmour saw his shot on goal strike his centre-back partner Andrew Doyle. Campbell then picked up the ball and fed it out to Larmour, who deftly played a pass inside to find Singleton. The left-back controlled the ball with his left foot before hammering a shot on goal with his right, but Doherty dived down low to his right to make the stop – his best of the match. Campbell had one final effort at goal but his shot was blocked and then cleared by the Crues’ backline.

Glenavon took a deserved lead in the 74th minute. Garrett slipped a pass inside from the right flank to find Sean Ward. The former Crues player fed the ball into the box to find Campbell. The winger stepped inside Aidan Wilson and fired a low shot past Doherty with his left foot to put the hosts ahead.

It wasn’t to be long before the third goal which Glenavon’s domination warranted arrived. O’Connor took a corner from the left on 80 minutes and Larmour met it on the volley at the far post, but he saw his effort strike the woodwork. However, Fitzpatrick was on hand to turn the ball into the net and seal the three points for the Lurgan Blues; a victory which sees them jump up to fifth place in the league standings.

This was a very impressive performance from Glenavon, and but for the heroics of Crusaders’ goalkeeper Doherty, Gary Hamilton’s side could easily have won by a greater margin.

Next up for the Lurgan Blues is a trip to Inver Park next Saturday (5th December) to take on table-toppers Larne. Kick-off is at 3pm. 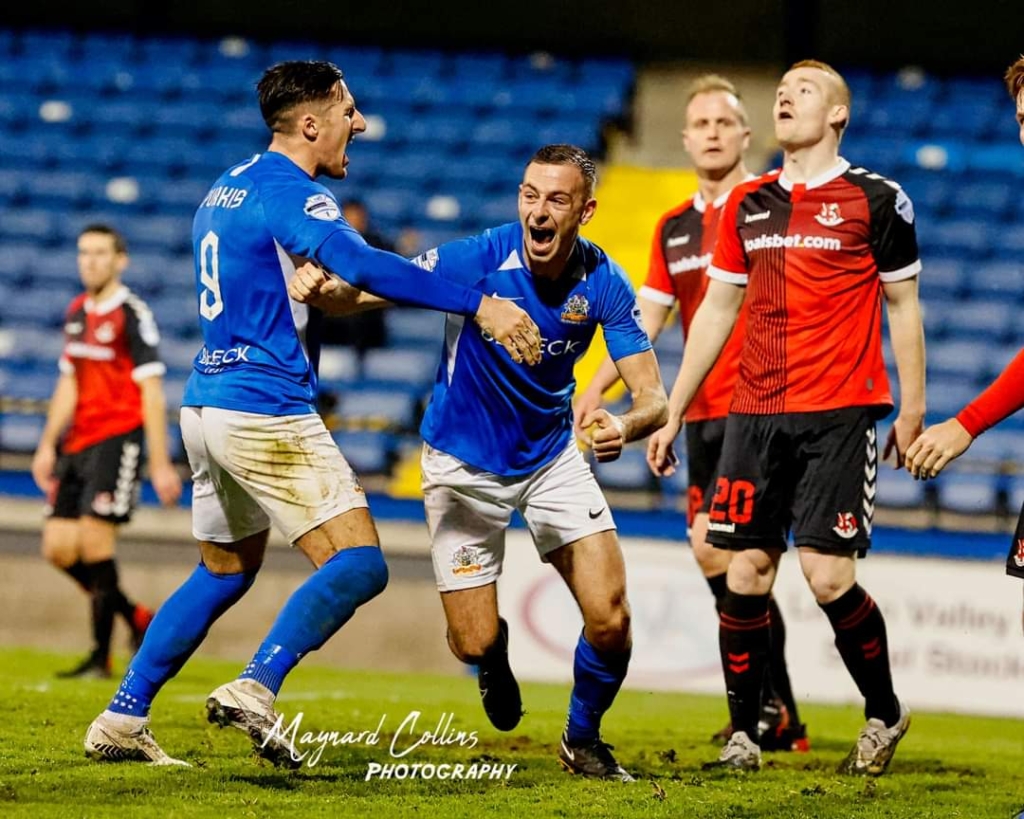 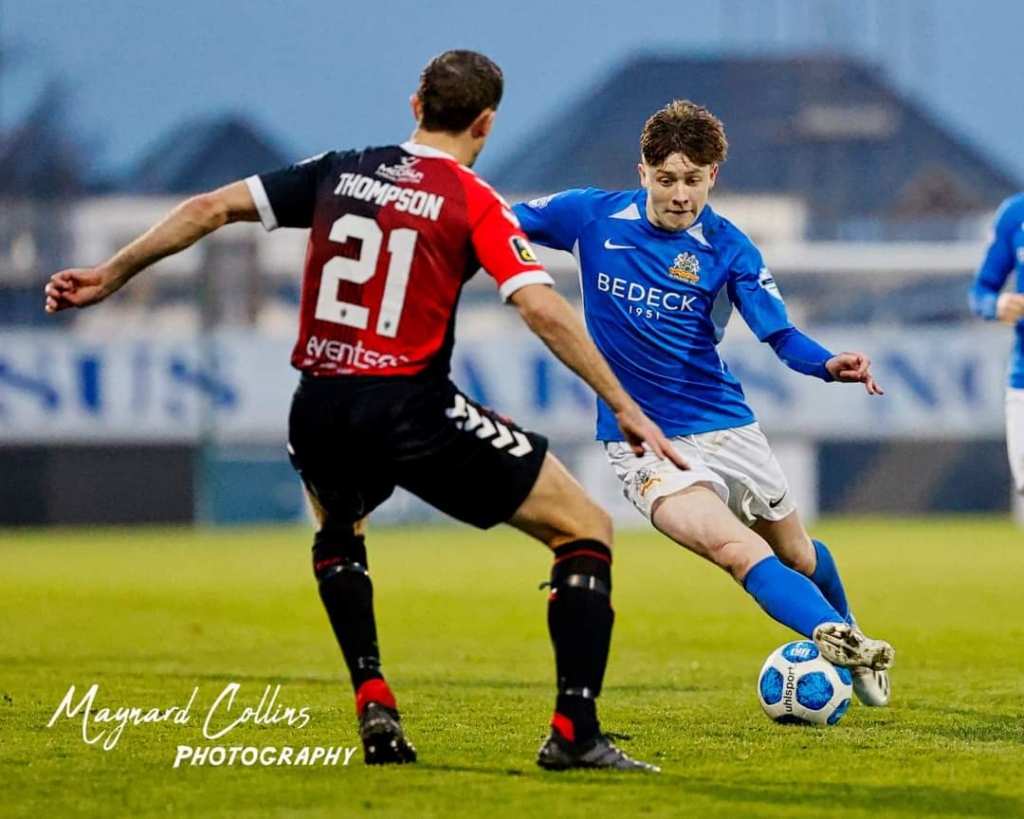 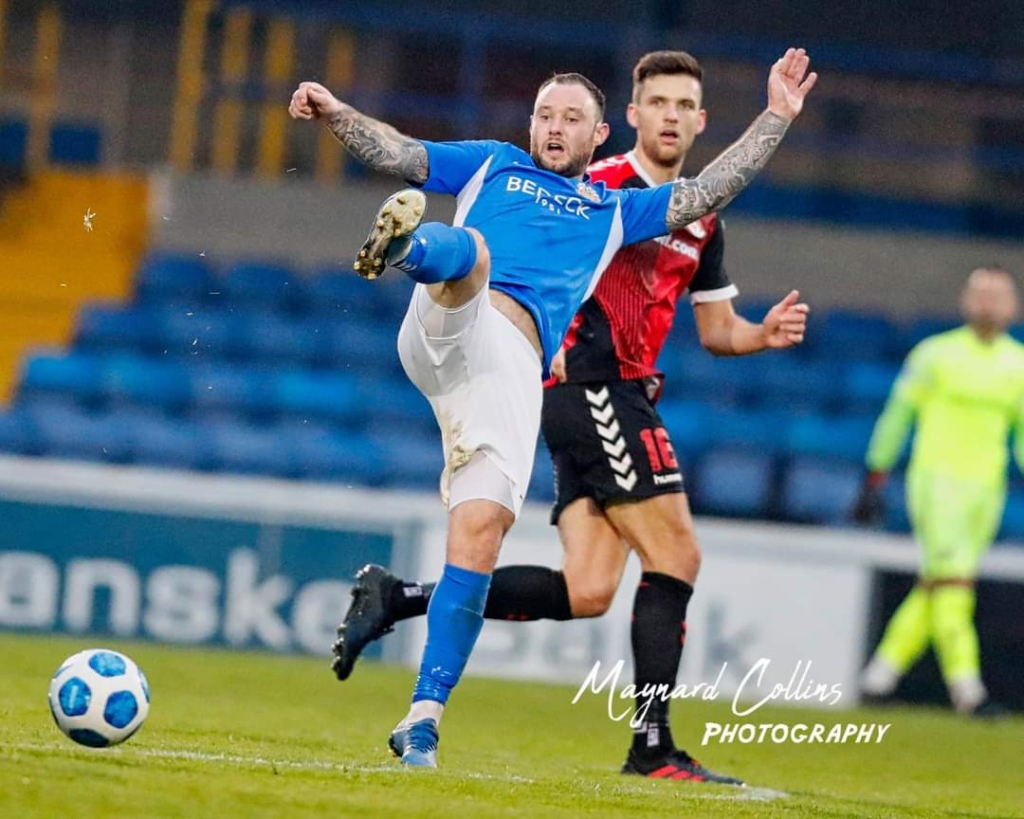 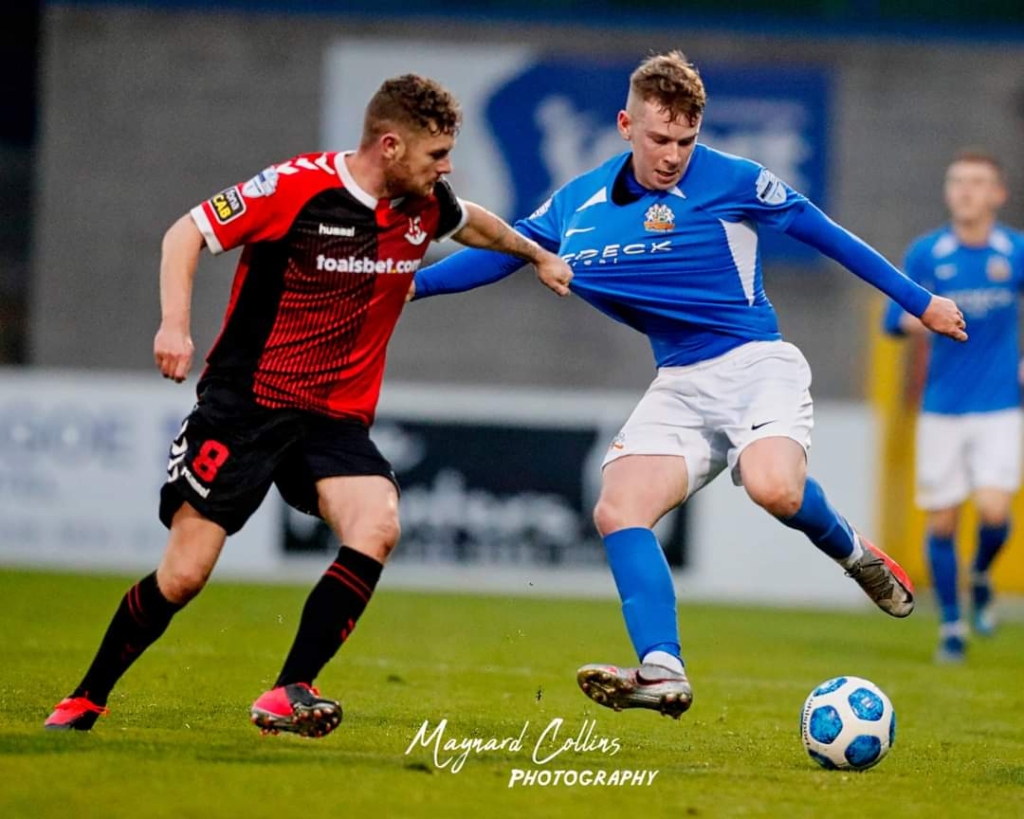