Danny Purkis gave the visitors the lead on 21 minutes, before Jordan Jenkins tapped in a second from close range three minutes later.

Purkis made it 3-0 on 44 minutes when Comrades ‘keeper Ben McCauley was beaten with a long range drive from outside the box.

But there was still time for Ciaran Dobbin to pull a goal back for the visitors just before half time, with Glenavon going into the interval 3-1 up.

Six minutes after the restart Ciaran Dobbin made it 3-2, when he finished after good play down the right hand side by the visitors.

However, Glenavon restored their two-goal advantage a minute later through Purkis, who completed his hat-trick with a tap-in following a good save by McCauley.

Adam Gray pulled a goal back for the hosts on 56 minutes, tapping in at the back posts to make it 4-3 to the Lurgan Blues.

Our next outing is on Saturday at Mourneview Park against Annagh United, kick-off 2pm. Tickets are still available for the game through the club – see the graphic below for more information! 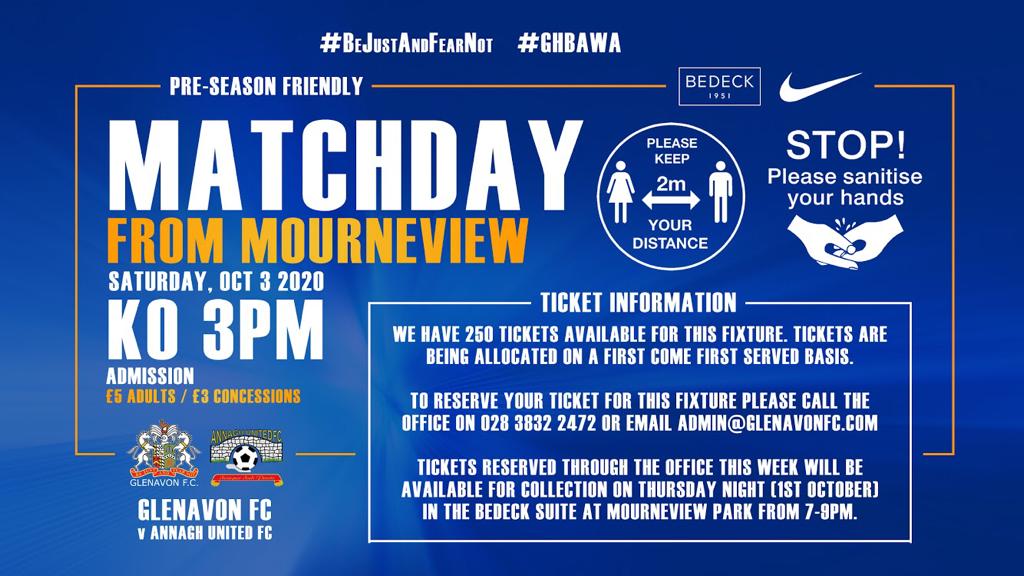