Glenavon welcomed Championship side Dergview to Mourneview Park on Saturday for a pre-season friendly, with the Lurgan Blues running out 2-0 winners thanks to second-half goals from Matthew Fitzpatrick and Conan Byrne.

Fitzpatrick converted early in the second half, while Byrne scored from the penalty spot in the 67th minute to seal victory.

It was typical pre-season fare in the early stages of the game, with both sides showing little urgency about their play. Conor McCloskey’s shot managed to find the target on eight minutes, but it was a comfortable save for the visiting goalkeeper.

McCloskey was involved again in the 22nd minute when he headed on a Campbell corner, but none of his teammates could get a touch as the ball fizzed across the penalty area.

The away side threatened just after the half-hour mark when a ball spread out to the left released their winger, but his shot was high and wide.

A good Glenavon move in the 45th minute, which was started by a driving run from McCloskey, eventually saw the ball get fed out to Jordan Jenkins on the left flank, but the young striker overhit his cross and the chance was lost.

Glenavon goalkeeper Jonny Tuffey was called into action in first-half stoppage time when Dergview’s number 8 had a pop at goal from a free-kick around 25 yards out. Tuffey sprung to his left to push the ball behind.

The Lurgan Blues opened the scoring on 53 minutes. Neat build-up play on the right resulted in a low cross being driven into the box. Fitzpatrick’s initial shot looked to be cleared off the line, with Campbell on hand to drive the ball home. However, it has since been deemed by the referee that Fitzpatrick’s initial shot did indeed cross the line and therefore the goal was awarded to him.

The lead was doubled on 67 minutes. Jenkins was upended in the penalty area and referee Tim Marshall pointed to the spot. Byrne stepped up to take the spot-kick and confidently stroked the ball into the net.

Substitute Kyle Beggs had a great chance to make it 3-0 on 74 minutes, but his left-footed effort was deflected behind for a corner.

The lively Beggs set up fellow sub Robert Garrett in the 82nd minute when he pulled the ball back to the edge of the penalty area after having raced past his marker. The midfielder couldn’t keep his shot down, however, and it flew harmlessly over the bar, as the game finished 2-0.

The Lurgan Blues have two mid-week friendlies this coming week, with trips to Loughgall (Tuesday) and Ballyclare Comrades (Wednesday), while next Saturday’s opponents at Mourneview Park will be Annagh United. 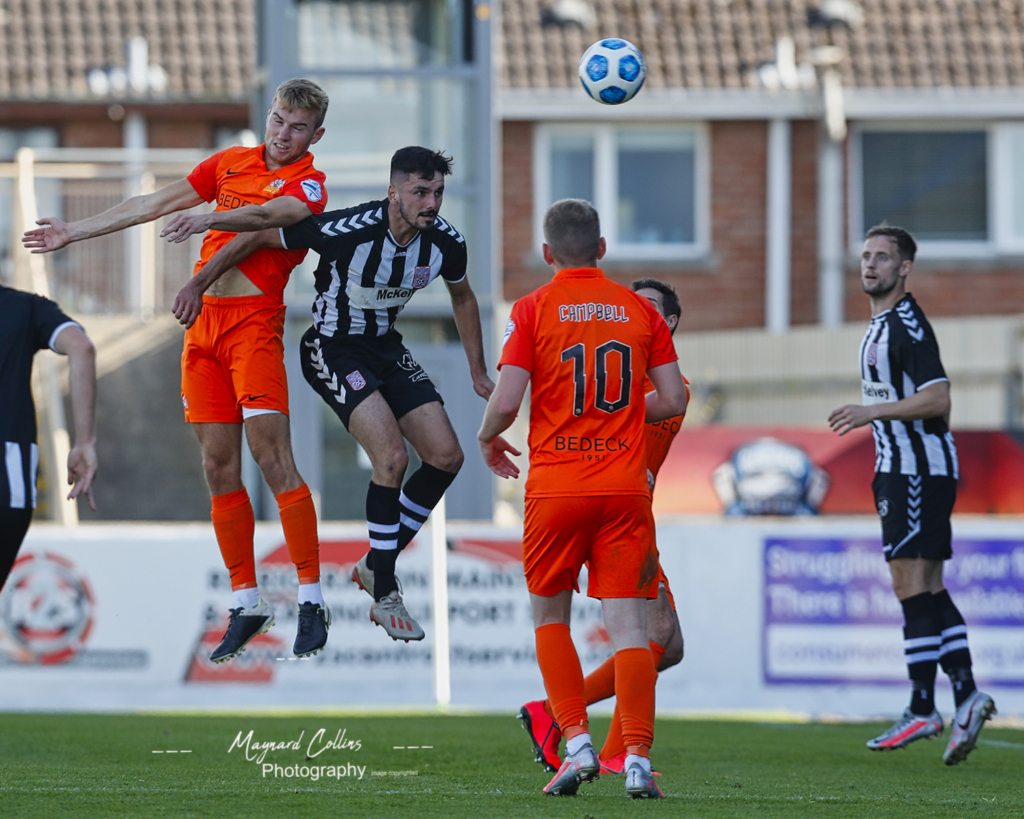 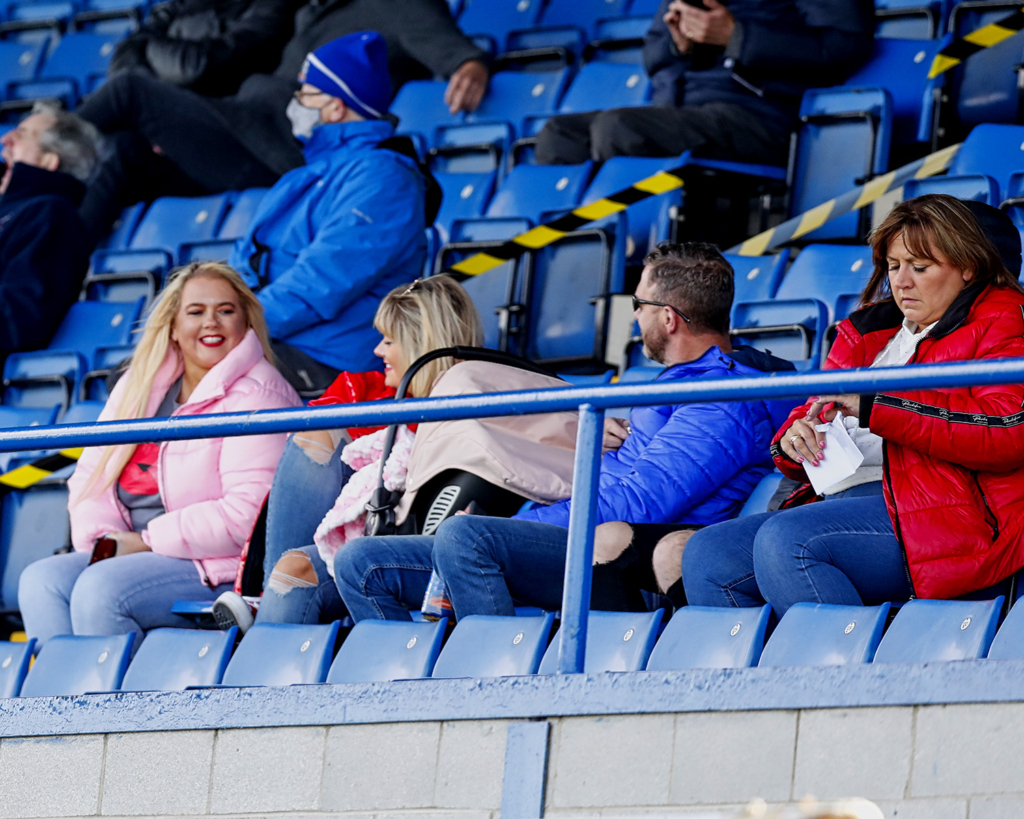 Fans enjoying their return to Mourneview Park for the friendly against Dergview. Photo: Maynard Collins. 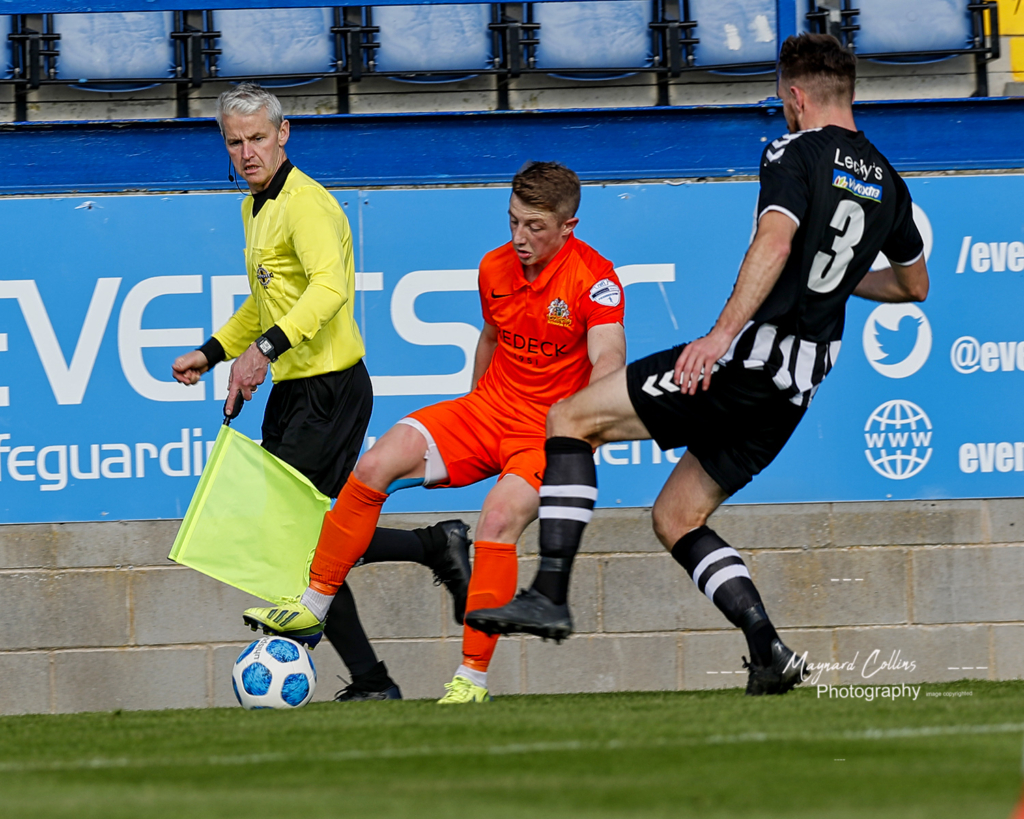 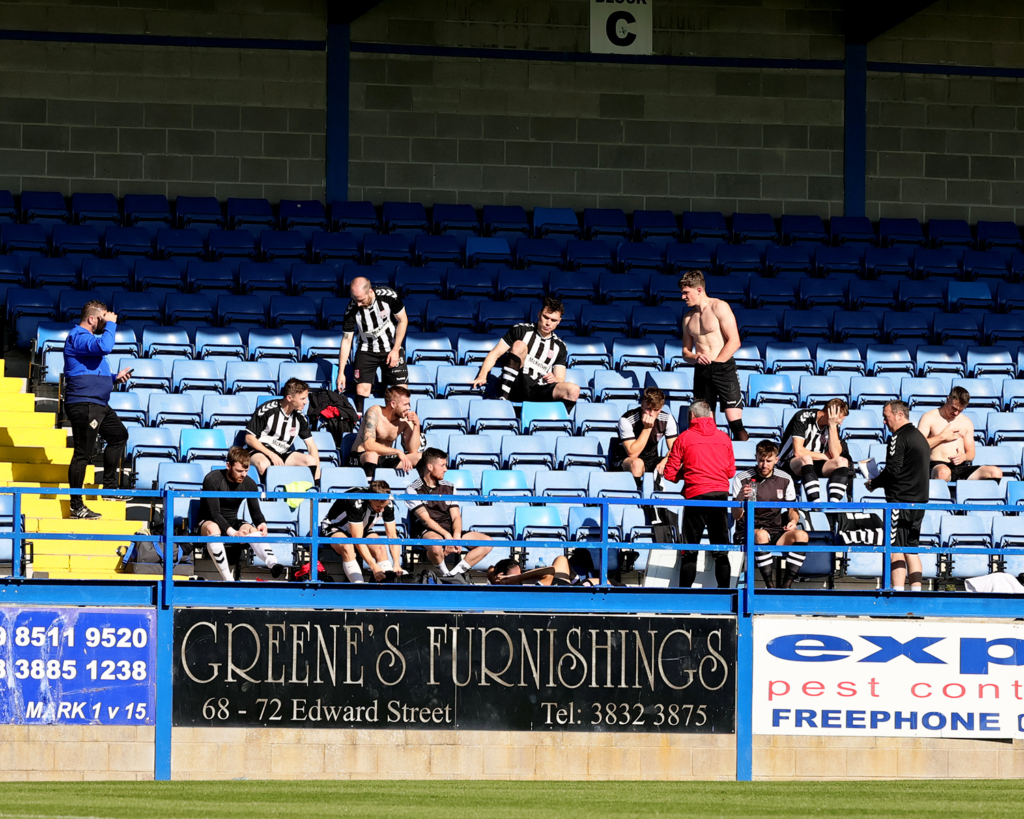 The makeshift away dressing room was in the Glenfield Road stand! Photo: Maynard Collins 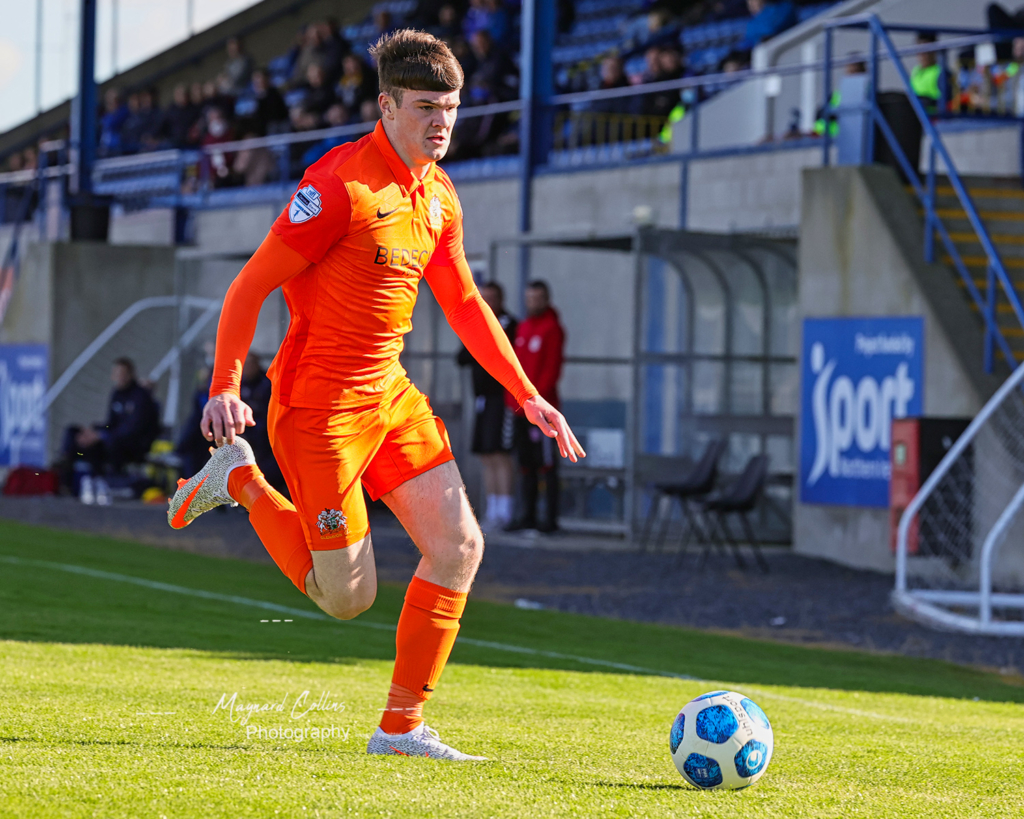