Skip to content
Previous Next
Paddy to Head Stateside 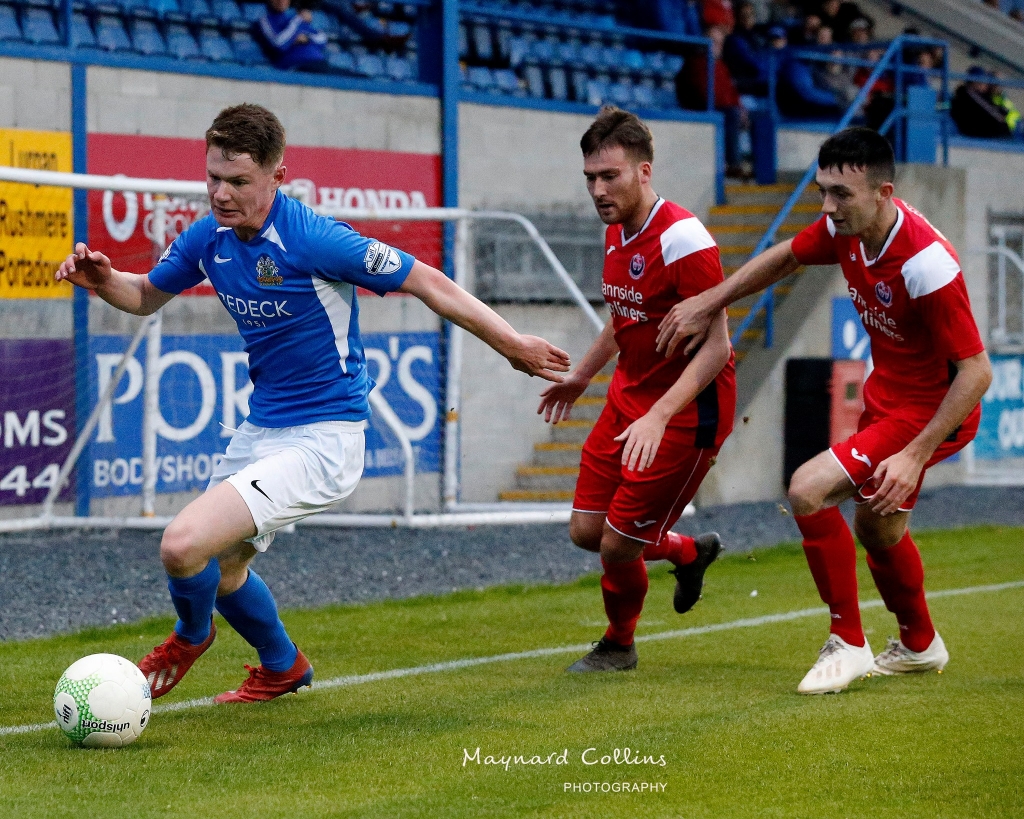 Young player Paddy Burns has indicated that he will be leaving the club at the end of the season. Paddy has been successful in obtaining a scholarship at the prestigious Notre Dame University in the USA. The younger brother of Bobby, Paddy made his debut on November 27th 2017 in a 2-1 Mid-Ulster Cup semi-final victory against Portadown at Shamrock Park and went on to make 25 appearances (including 5 as a sub), scoring one goal.

During his time at Glenavon Paddy deservedly gained international recognition at a number of levels. He was a regular member of the NI Under-18 Schoolboys team and most recently graduated to the NI U-19 squad. Perhaps his most memorable performance in a green jersey came last November when he was part of the NI U-19 team that defeated Germany at MVP in a game that was part of the preparation tournament for the U-19 European Championships. Paddy confidently slotting home his penalty as the home side triumphed in a penalty shoot out after the game had finished all square at one goal each.

Gary Hamilton told us he was “sorry to see Paddy leaving but this is a wonderful opportunity for him to spend three or four years gaining a degree at a top US University so of course it’s something he couldn’t turn down, and rightly so.

“The thing about both Paddy and Bobby is that they are determined and single-minded in terms of where they want to go with, not just their football, but their life in general. He’ll come out of there with a good degree and he’ll be playing football while he’s there. It’s a loss for us as, again, he’s somebody we’ve brought through the Academy and the Reserves into the first team but as I’ve always said, I always want the best for the players as individuals. When he comes back hopefully he’ll be looking to get back into football over here and I hope he would contemplate coming back to us. We want to wish him all the best; he’s a gem and a great kid to work with, his professionalism is second to none, like his brother, and they are a family that I am very, very fond of.”

We would want to thank Paddy for his services to the club and wish him all the best in this new chapter in his footballing career.