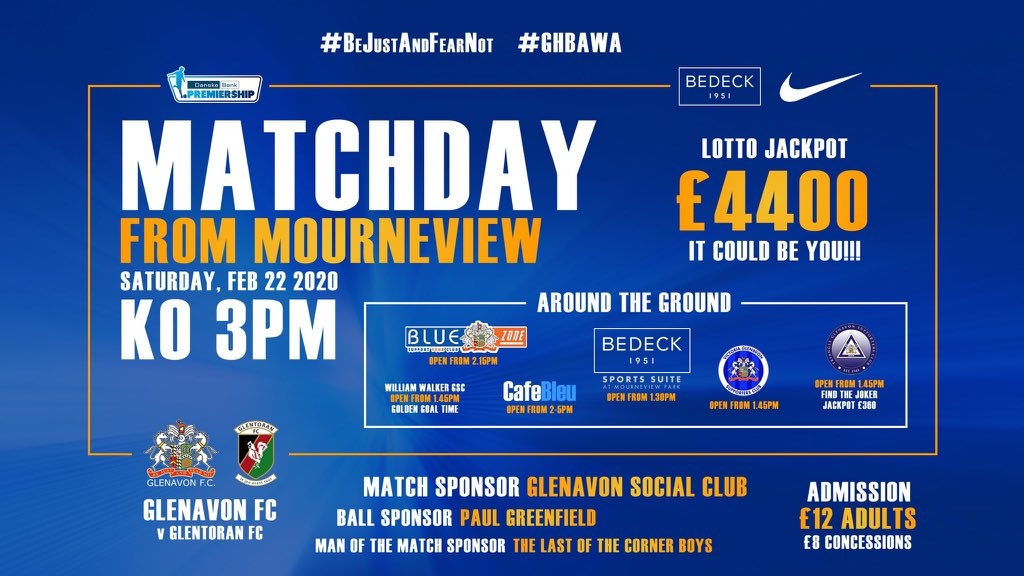 Glenavon fans will no doubt be delighted to see their side back in action at last after a two week hiatus following the victory against Crusaders last time out. Tomorrow the visitors are Glentoran who will be looking to get back to winning ways after dropping four points in their last two games. Despite this, Mick McDermott’s side come to Mourneview Park still in second place but that could change depending on the result of Friday night’s meeting between leaders Linfield and Crusaders. 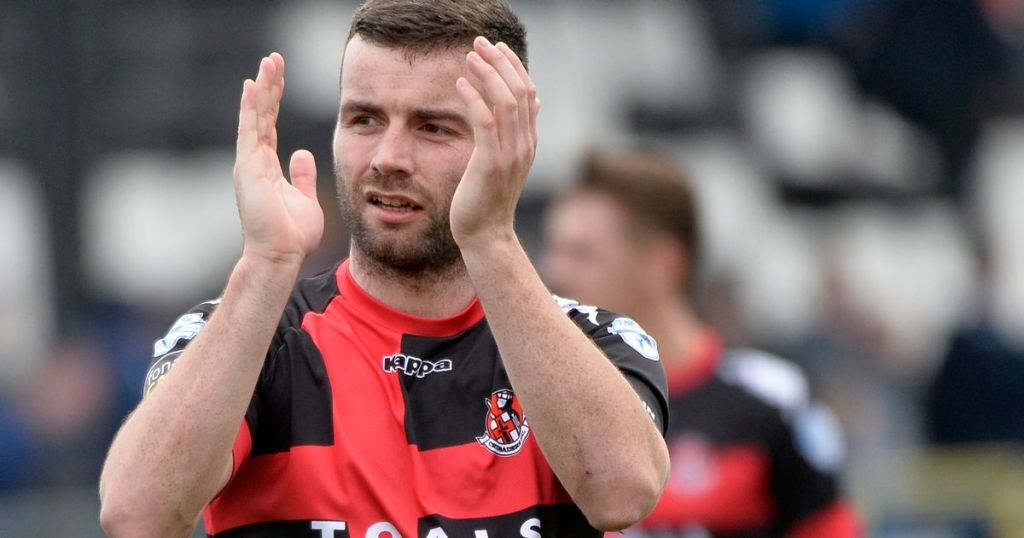 Colin Coates is in contention to make his debut tomorrow and no doubt our fans will be looking forward to seeing him in action in Royal Blue for the first time. “Colin should bring that winning mentality to us,” Gary Hamilton told us. “The reason why he’s disliked by a lot of fans of opposition teams is because he is a winner. A winning mentality is so important in the mindset of a footballer, and it’s what I want at the football club – I want winners. When I played myself I was a winner; I hated getting beat and I want that in the changing room.

“That comes from players that have played at big clubs and have been used to winning trophies, playing in big games. They get that experience of what it feels like and the hurt if you get beaten in a cup final or you miss out on winning the league and stuff like that – it sticks with you and it teaches you to be hungrier every time it happens. You need players with that mindset and the desire to win every game of football, never mind trophies.”

“We need to see improvements in performances and in results. Hopefully (at the end of the season) we won’t have to ship out more players and bring in more. I never want to get rid of footballers at the club because they are a great bunch of lads and they are guys I have a lot of respect for but at the end of the day football is a results business and this year we haven’t done well enough. What I’m hoping to see now is that there’s a change in performances; more consistency in performances and more consistency in results. If we’re not seeing that by the end of the season then maybe more people will have to be brought in and more have to go out. That’s the business we’re in.

“I’m not saying this year that it’s possible to compete with the likes of Larne, Glentoran, Linfield and Crusaders with their finances, but I do feel we should have been doing better in terms of our points total. There’s matches we’ve dropped points in, there’s games we haven’t turned up and performed in, and that isn’t us and hasn’t been us for the last seven or eight years. That’s one thing that’s hurt me this season; it’s eating at me because it’s not something that I like the feeling of. It’s not me, it’s not my personality. I want to get consistency, I want to get results and we haven’t done that this year and I’m part of that and the staff and the players. We all have to take responsibility for that.” 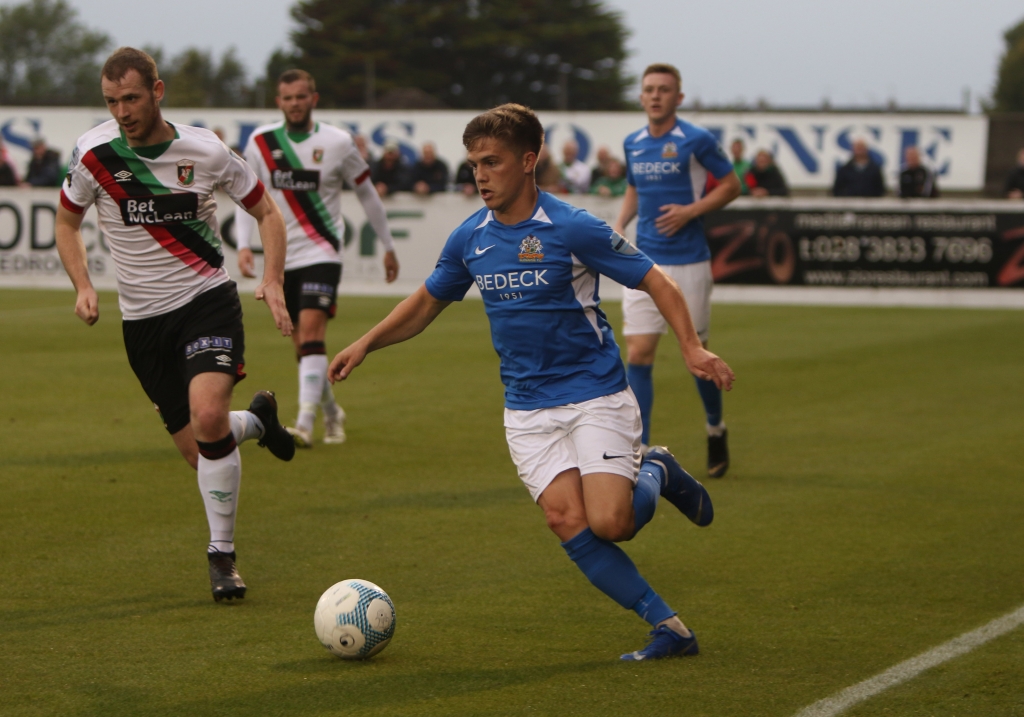 Josh Daniels races down the wing in the opening day game. Photo by Brian Bain

After the game with Glentoran the Glenavon Triangle Supporters Club will be hosting a PIPS CHARITY NIGHT in their Clubrooms. Join them from 5 pm for Live music, excellent charity prizes and supper! All proceeds going to PIPS.